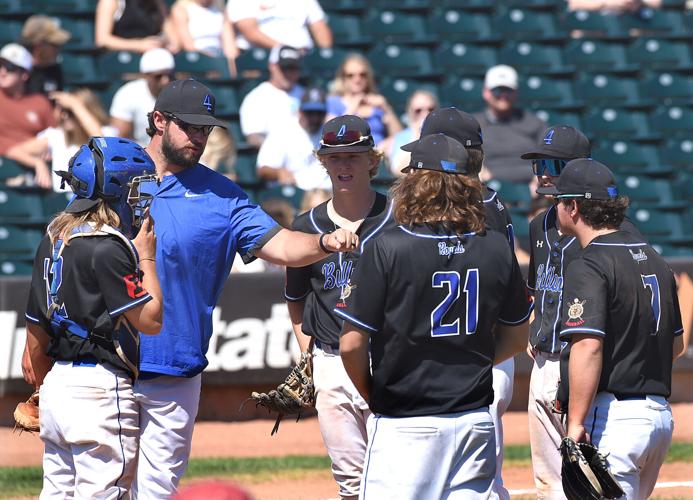 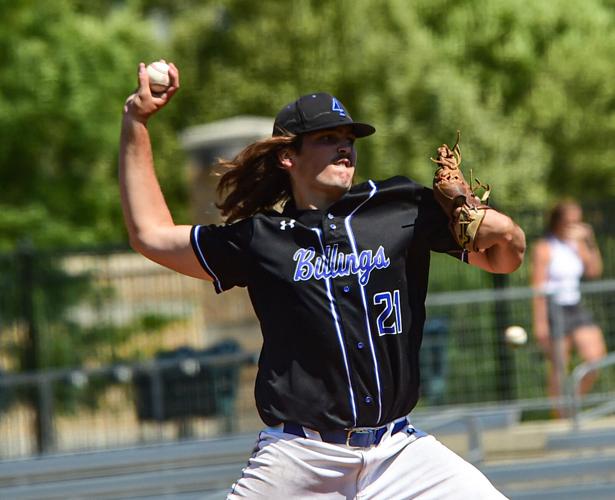 That’s been the Billings Royals motto since early in the season and it’s served the Montana State AA American Legion baseball champions well.

“Just hang loose and play how we always play and trust in each other,” said Royals outfielder Bubba Bergen of the team’s mindset entering the eight-team regional. “We have a great chance.”

So, just what exactly does the motto or philosophy of hang loose mean to the Royals?

“Just playing relaxed and not tensing up,” said closer Hunter Eliason. “Playing relaxed in big moments and playing our baseball and not worrying about what everyone else is doing.”

Now, the Royals will be taking that hang loose philosophy to Hladky Memorial Stadium in Gillette, Wyoming, for the Class AA Northwest Region 7 tourney Wednesday through Sunday. The winner will advance to the 95th American Legion World Series in Shelby, North Carolina, Aug. 11-16.

Billings was 5-0 en route to winning the state tournament at Dehler Park for its first crown since 2018. Included in the victories were two wins over the defending state champion Helena Senators. Billings topped the Senators by identical 4-3 scores in the undefeated semifinal and the championship game.

In fact, the Royals won four of their five games at state by a single run.

“We are playing good baseball,” said Royals coach David Swecker. “Mentally we are sharper more than anything. Winning one-run games, it has really set us up to have success in this regional tournament.”

Most of the Royals have plenty of tournament experience. The team finished second last year at state and Montana sent two teams to regionals, also in Gillette. Last year, the Royals lost to Yakima Valley, Washington, 8-5 in the first round and 4-2 to Eugene, Oregon, in their second game.

Several of this year’s Royals have been on two state champion teams as the Class A Billings Blue Jays were state titlists in 2020.

“A lot of these guys won it in Class A and then AA,” Swecker said. “I don’t know many guys who have done that before.”

Davis Mosier said this year’s group of Royals has a special bond and worked hard to achieve the success of the past three seasons.

“We are a group of kids that just moved up. It was awesome,” Mosier said. “I kind of wish we would have got the three-peat, but it was meant to be this year. You can’t win them all.”

Overall, 64 teams are playing in eight regional tournaments. According to a story on the national Legion website, three teams from the 2021 World Series are in the regional field.

Idaho Falls, Idaho, Post 56 is the two-time reigning World Series champion and is entered in the Region 7 tourney.

Midland (Michigan) and Tupelo (Mississippi) also played in the ALWS last year. Tupelo is in the Mid-South region and Midland is in the Great Lakes region.

Swecker said the competition will provide a good test for the Royals. He did say playing in the event last year will be a bonus.

“It’s a great field. A lot of the same teams there last year are back,” Swecker said. “There’s a lot of good experience in the tournament.

“There are a lot of off-the-field things you do at a regional. All the boys will be more comfortable with the unknown and what to expect when they get to the field.”

Eliason said the Royals' deep pitching staff should benefit the team. Lance Schaaf pitched a complete game Sunday and was the State AA tourney MVP with a 2-0 record, 1.93 ERA and 14 strikeouts. The Royals have two other all-state pitchers on their staff in Reagan Walker and Jaiden Turner, and several other capable hurlers.

“I think our pitching staff was our biggest thing,” said Eliason of the keys to the Royals’ championship. “Lance pitched two games in the state tournament. He was pitching the best I’ve seen him. Our whole team got hot at the end of the year, which was key for us to win it.”

While the tight-knit Royals are only a few days removed from winning the state title in front of the hometown fans, they are ready for the next test.

“It feels good,” said Bergen of the state title. “We are just on to the next thing. We are pretty much enjoying it still. It’s a great feeling, especially with the brotherhood we are.”

The Royals know the competition will be top-notch in Gillette, but they also believe in themselves and their "hang loose” mentality.

“You go into any tournament knowing you can win it,” said Swecker. “We are going into it to try and play our best baseball and try to win every inning.”

A roundup of scores and pairings from the tourney in Gillette, Wyoming.

The Royals advanced to the Northwest Regional tournament, which begins Wednesday in Gillette, Wyoming.

Check out pairings for the tournament, which will be held in Billings at Dehler Park.

State AA Legion: It's a rematch, as Billings Royals, Helena Senators will meet for title

Highlights and updates from Saturday's action at the State AA Legion baseball tournament at Dehler Park in Billings.

The Royals and Senators met Friday in the undefeated semifinal game at Dehler Park in Billings.

Royals outfielder committed to the Pioneers on Thursday.

While playing at the school in Ely, Minn., they'll also team with the Billings Scarlets' Michael Feralio.

Each time the Chargers crept closer, the Royals countered and reached the unbeaten semifinal of the Class AA state tournament.

Venable was an all-state player last year for the Billings Blue Jays.

While playing for the Pioneers, West will once again team with former Royals' teammate Jaeden Jordahl.

The tournament begins Wednesday and will conclude Sunday, with games being played at Dehler Park in Billings.

“The clock might be ticking, but I’ve got an awful lot to live for still." Mark Miller