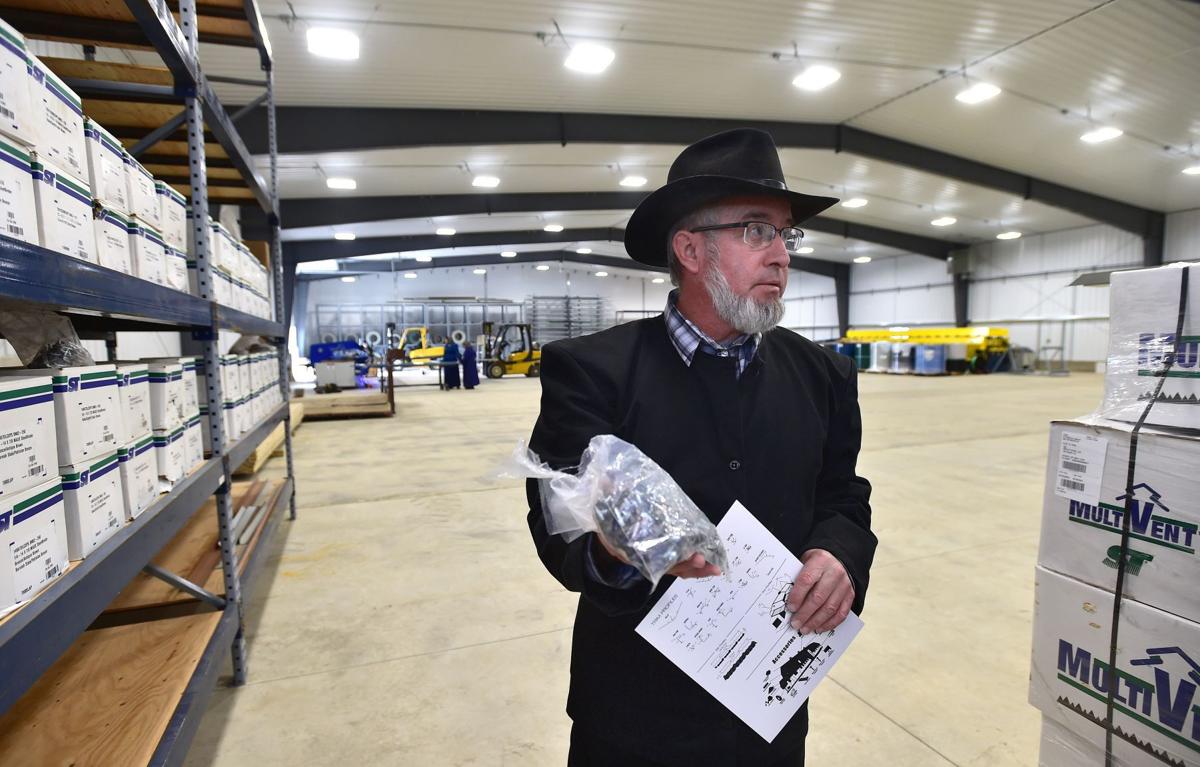 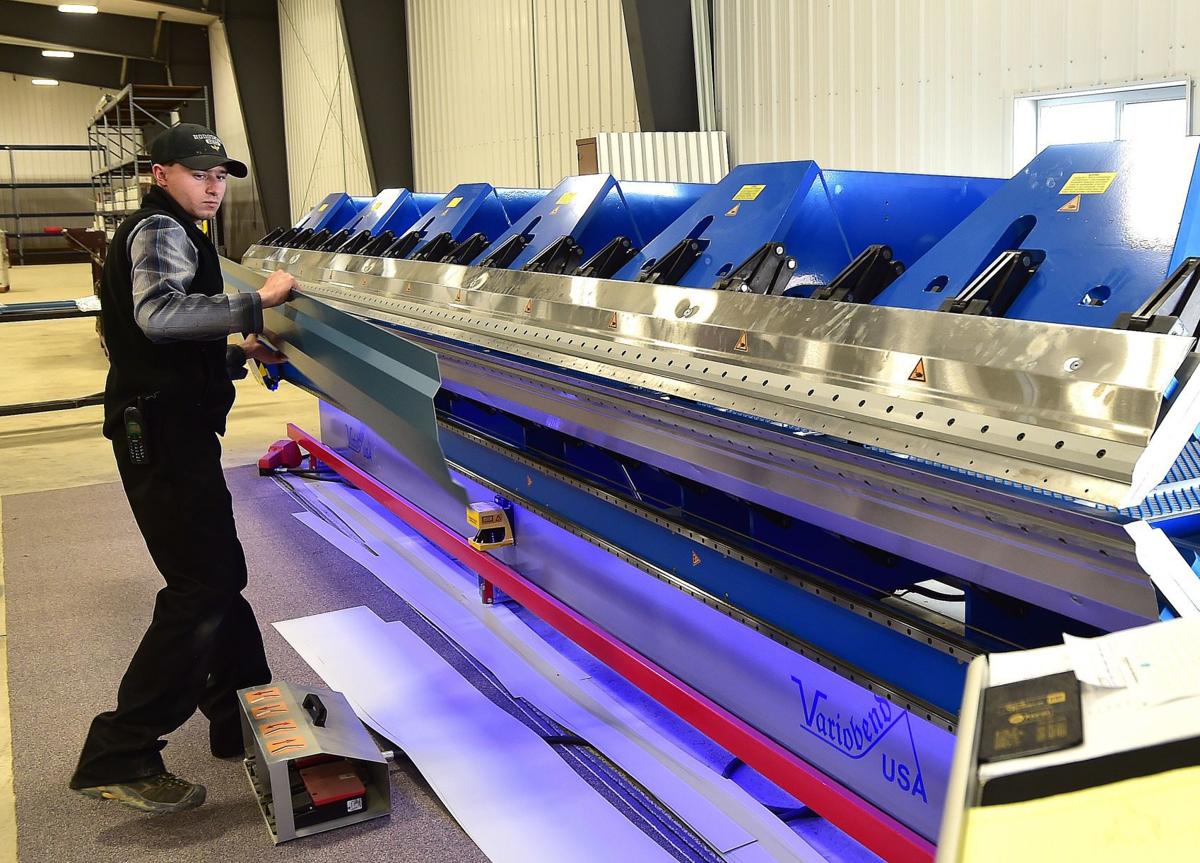 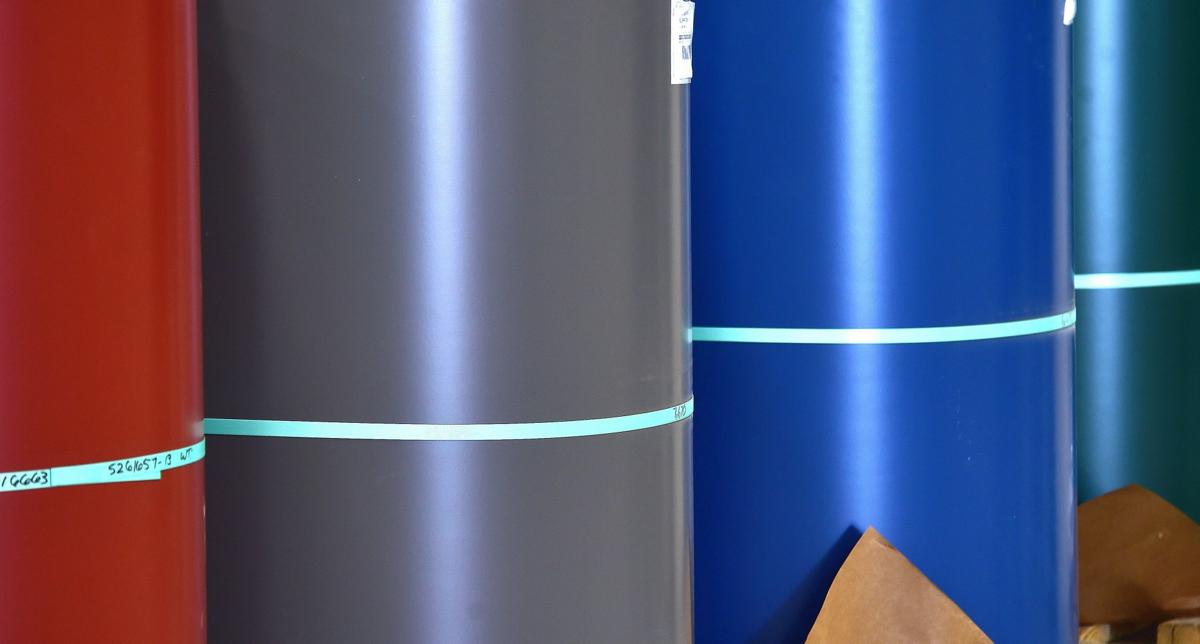 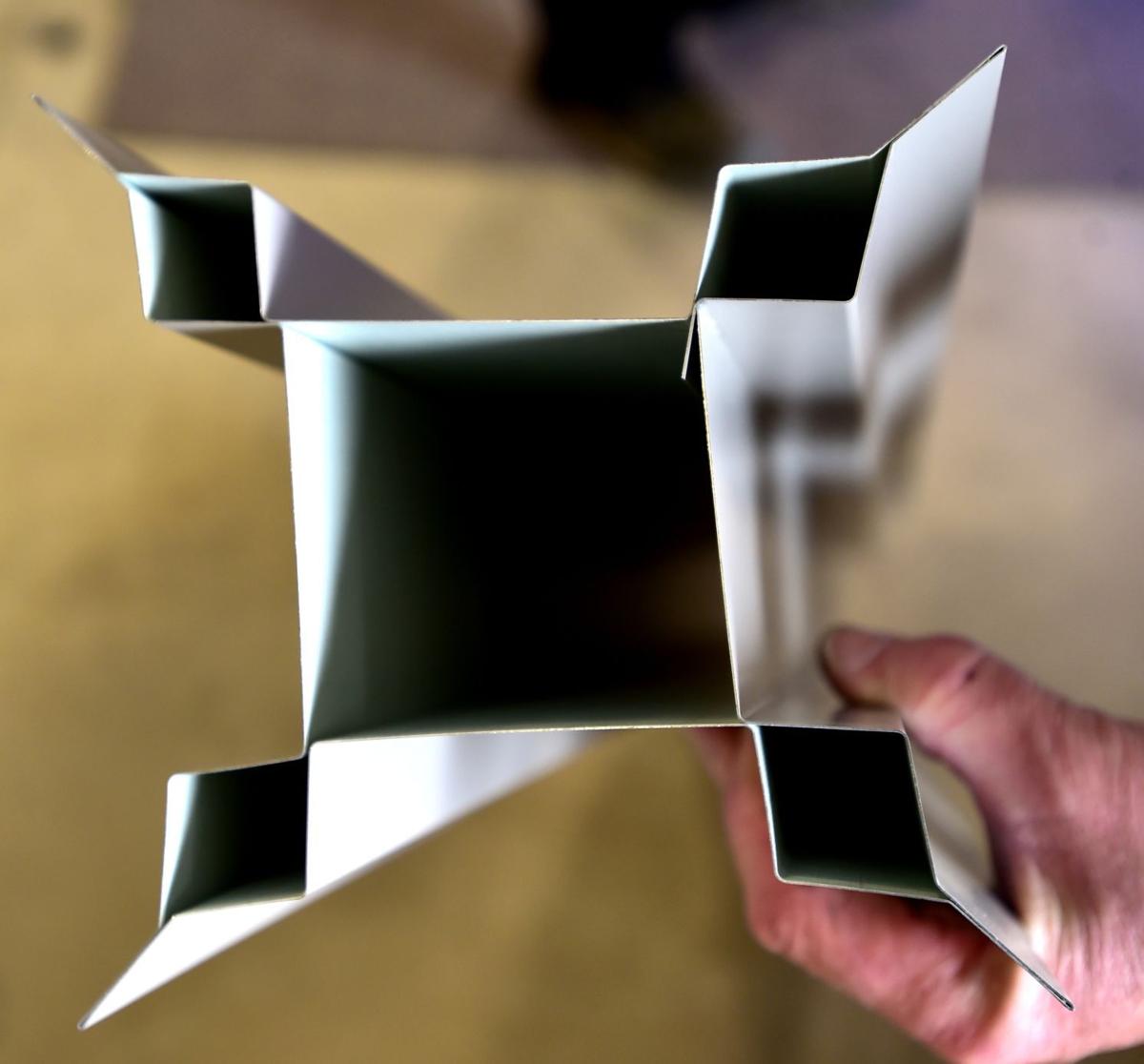 RYEGATE — Last spring, members of the Golden Valley Hutterite Colony plowed under their lentil field and on the land began construction of a manufacturing plant.

The structure, now nearly complete, is all steel and concrete and will produce custom steel trim, siding and roofs for commercial and residential use, putting the colony in competition with big companies like Bridger Steel.

Named Valley Steel LLC, it's all professional and top-of-the-line.

"It's going to be right or we're not going to do it," said Dan Kleinsasser, the Hutterite leading the operation.

The move into steel product manufacturing is a leap of faith for the colony. Until now, the colony, like farmers and ranchers all across Eastern Montana, has been an exclusively agriculture operation, producing wheat and lentils, milk, eggs, chickens, hogs and, just in time for Thanksgiving, turkeys.

Moving into something wholly different from what the colony has done for generations was scary.

"For several years we've talked about it," Kleinsasser said.

But starting last year they felt they had to do something different. Over the years, wheat prices have dropped more than they've raised, the colony's hog operation is essentially break-even and the dairy operation only gets more expensive.

Colony leaders simply felt they could no longer sustain themselves with an all-agricultural operation.

"Agriculture is not treating us well anymore," Kleinsasser said. "We had to find a way to expand."

To the west of Golden Valley, another Hutterite colony began a manufacturing and welding operation to supply oil companies operating in the Bakken with equipment. The colony found success, Kleinsasser said, and leaders in Golden Valley took notice, choosing to follow its example.

Courtney Kibblewhite works for the Northern Broadcasting System, which owns the Northern Ag Network. She comes from a ranching family that still works the land in Eastern Montana. She also chairs the Ag Committee for the Billings Chamber of Commerce and is acutely aware of the challenges facing farmers and ranchers. The same market forces that impact Hutterite colonies also affect traditional ranches and farms in Eastern Montana.

Still, she said, none have expanded their operations outside of agriculture.

"I think the Hutterites are unique," she said.

She's aware of a handful of colonies that have done like Golden Valley and expanded into manufacturing. And she understands the move. Hutterite colonies are religious and communal operations, so they don't have the same labor costs as a traditional Montana ranch. They can afford to expand.

For a family-owned farm or ranch to move into something like manufacturing, they'd have to hire additional workers, making it too expansive to be feasible, she said.

"You can't really do both (agriculture and manufacturing) if you're one or two families," she said.

Instead, those ranches and farms have found other ways to bring in additional income. Many farmers have diversified their crops instead of focusing on just one staple, like winter wheat.

They've also sent family to town. With many operations, the spouse not running the ranch or farm takes a city job.

Golden Valley began expanding its operation by looking into markets that colony leaders thought had the potential for growth. Pretty quickly they discovered the demand for commercial steel trim, siding and roofs in Montana was greater than what manufacturers could quickly supply.

"We did the research," Kleinsasser said. "There was room for someone else."

The colony committed to the idea last year and ordered the kit that would become the manufacturing building. They plowed under the lentil field and built a new road that would lead directly from the highway to the warehouse.

And they bought the equipment, the machines, the spools of colored steel sheets and all the parts and pieces a contractor would need to install siding, roofs and trim.

"We offer it all," Kleinsasser said. "It's a one-stop shop."

The expansion led to some technological innovations for the colony: for the first time, they'll have Internet.

The bookkeeping software and the systems that track the operation's inventory and ordering require Internet access. And so one computer in the warehouse's main office is connected to the web.

Kleinsasser acknowledged they keep it locked down pretty tight.

The machine that produces the custom trim is a $420,000 behemoth that will fold strips of steel into any shape they can draw on the touch-screen monitor that controls it. The floor around the machine glows blue from the light cast by the safety system. If the operator's foot or leg crosses the beam of blue light the machine automatically shuts down.

In all, they spent over a million dollars to get the whole operation up and running and they've already begun to fill orders.

"We'll know by next spring if it's successful," Kleinsasser said.

The colony, located on Highway 300 just two miles south of Ryegate, is holding an open house from 10 a.m. to 3 p.m. on Nov. 2 to showcase the operation to contractors and builders, and to the public.

The hope is to fill orders through the winter, allowing Valley Steel to be completely ramped up and running come the spring.

The whole operation is designed to be as efficient and professional as possible, designed to produce a true, high-end product. Kleinsasser said anything less than that doesn't keep with the colony's ethos.

"That's just the way we build," he said.

When neighboring ranchers first saw Colter DeVries lead a Wagyu bull into his pasture, they gave him some long looks.