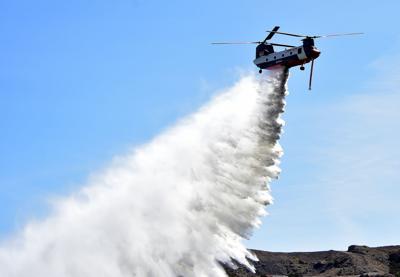 Robert Ray is an electrical engineer from Fort Worth, Texas, who spends the majority of his time designing avionics, running mathematical models and troubleshooting glitches.

He seldom flies in the machines for which he has designed systems. But in April, he watched as the Chinook helicopter-based water tank he helped design for Billings Flying Service dropped 2,600 gallons of water perfectly on target along the Yellowstone River.

"To see the payoff is incredible," he said.

And it's been a long time coming.

In 2014, brothers Gary and Al Blain bought two Boeing CH-47Ds, the nation’s first pair of civilian-owned Chinook helicopters, with the intent of tricking them out for fighting wildfires and hauling heavy equipment.

In the past four years, the fleet has grown to nine Chinooks, and Billings Flying Service — the Blains' company — has been fighting fires and delivering heavy equipment all over the world.

They've always used a bucket to haul and drop water; buckets are the standard for fighting fire with helicopters. Bright orange, they hang from a cable under the aircraft and scoop up about 2,500 gallons of water, which the pilot can then release over a blaze.

It can be an imprecise and sometimes dangerous system. The FAA restricts helicopters with buckets from flying over populated areas, which sometimes makes the quickest route from a fire to a water source unavailable. And it adds time to a flight when speed is vital.

It's a problem Gary Blain knew he could solve with the Chinook, a helicopter with a cargo area large enough to hold a truck. His plan was to replace the dangling bucket with an inboard water tank.

"We knew the day we bought the helicopters we were going to do it," Blain said.

For the past three years, Blain and his crew at Billings Flying Service has been working with Kawak Aviation of Bend, Oregon, and Trotter Controls in Fort Worth, Texas, to design and create a tank capable of precisely dropping water straight out of the belly of a Chinook.

"We've used a lot of science," said Todd Anderson, an engineer with Kawak. "It's been a lot of fun."

A handful of other companies have installed inboard water tanks in their Chinooks for firefighting. The Blains believed they could create something more effective.

The most immediate problem they had to solve was how best to release the water from the tank, said Blain. The goal is to create a perfect drop pattern, which is complicated by the size and draft of the Chinook.

"What you don't want is your water turning to foam," he said.

Initially, the water tank had doors underneath that swung open like shutters. Blain and his team quickly discovered the hanging doors disrupted the water's drop pattern and interfered with the flow dynamic.

What they eventually came up with were sliding doors, and that changed everything.

"There's nothing (there) to break up the water pattern," Blain said.

Next they had to figure out a way to fill the tank as quickly as they could fill the bucket. Engineers designed a snorkel with a mechanized pump that works similar to a jet ski engine, capable of filling the tank in about 20 seconds.

Finally, they designed the electronic and hydraulic systems that control the filling and releasing of the tank to operate independently of the Chinook's main systems. What that means, said Blain, is that if something goes wrong with helicopter's main flight system, the pilot still will have control of the tank.

And it's all monitored by computer. The system automatically records precisely how much water has been sucked into the tank, how much water is dropped on the fire and the exact coordinates of where the drop was made.

That information is then transmitted automatically to the government agency managing the fire.

"We're not going to have to do anything," Blain said. "It all happens automatically."

The Blain brothers are hoping this will be a game changer for the industry. Billings Flying Service is one of only a handful of private companies nationwide that own Chinooks and uses them for wildfire fighting. The Blain's water tank is the only one with the sliding doors and independent hydraulics system.

A few other private wildfire fighting companies use Sikorsky Sky Crane helicopters. Blain predicts the Chinooks in general and his water tank innovation in particular will make the Sky Cranes obsolete.

"We feel like with the tank we just installed, that's the magic bullet," Gary Blain said. "This is what the customer wants."

After fires, floods and other disasters, Billings businesses don't always bounce back

Fires, floods, tornadoes and other natural disasters can deal a devastating blow to businesses, and it can be hard to recover. Not all do.

Tours on tap Wednesday at the Billings water treatment plant

For Billings residents celebrating Drinking Water Week, an obvious highlight will be Wednesday’s tour of the city’s water treatment plant.

CHEYENNE, Wyo. — One Wyoming Air National Guard C-130 and crew has been activated to assist with fighting wildfires in Colorado and the region.

One of the world’s largest cargo planes has been hanging out at the Billings airport during the past week, shipping massive loads of construct… 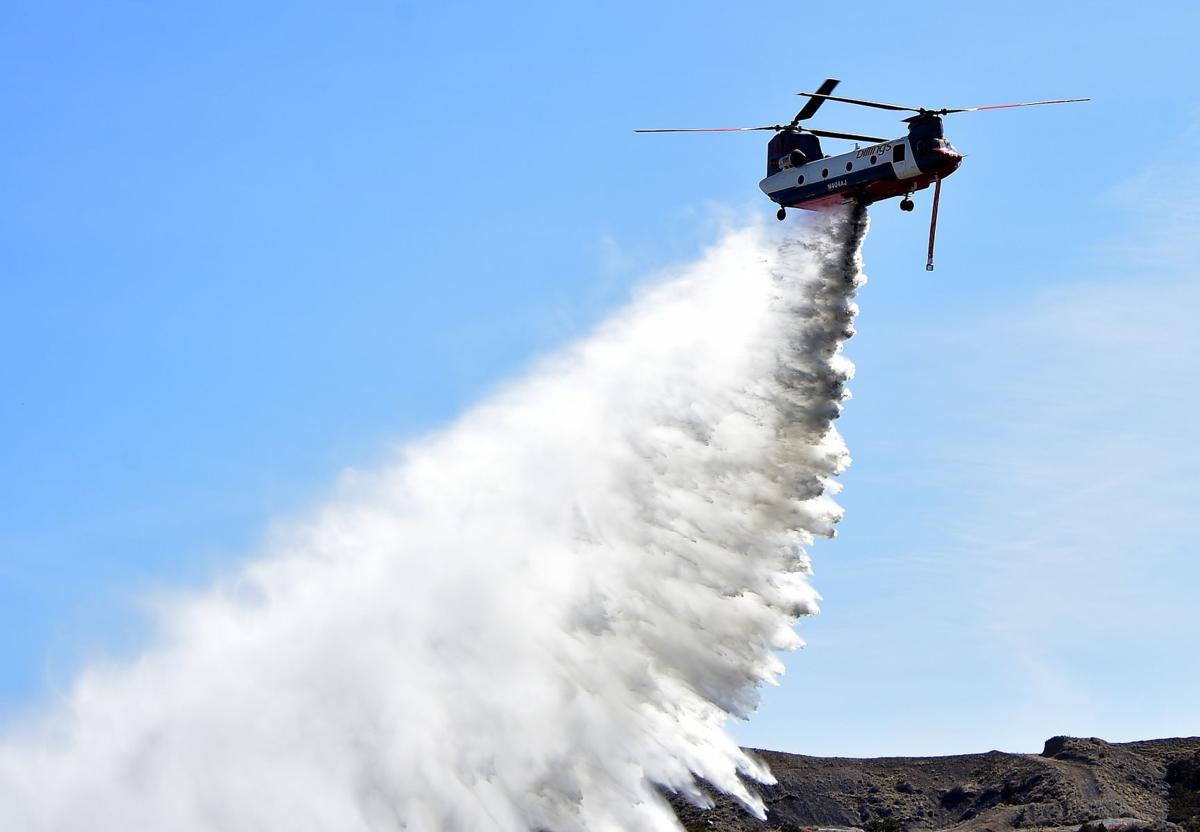 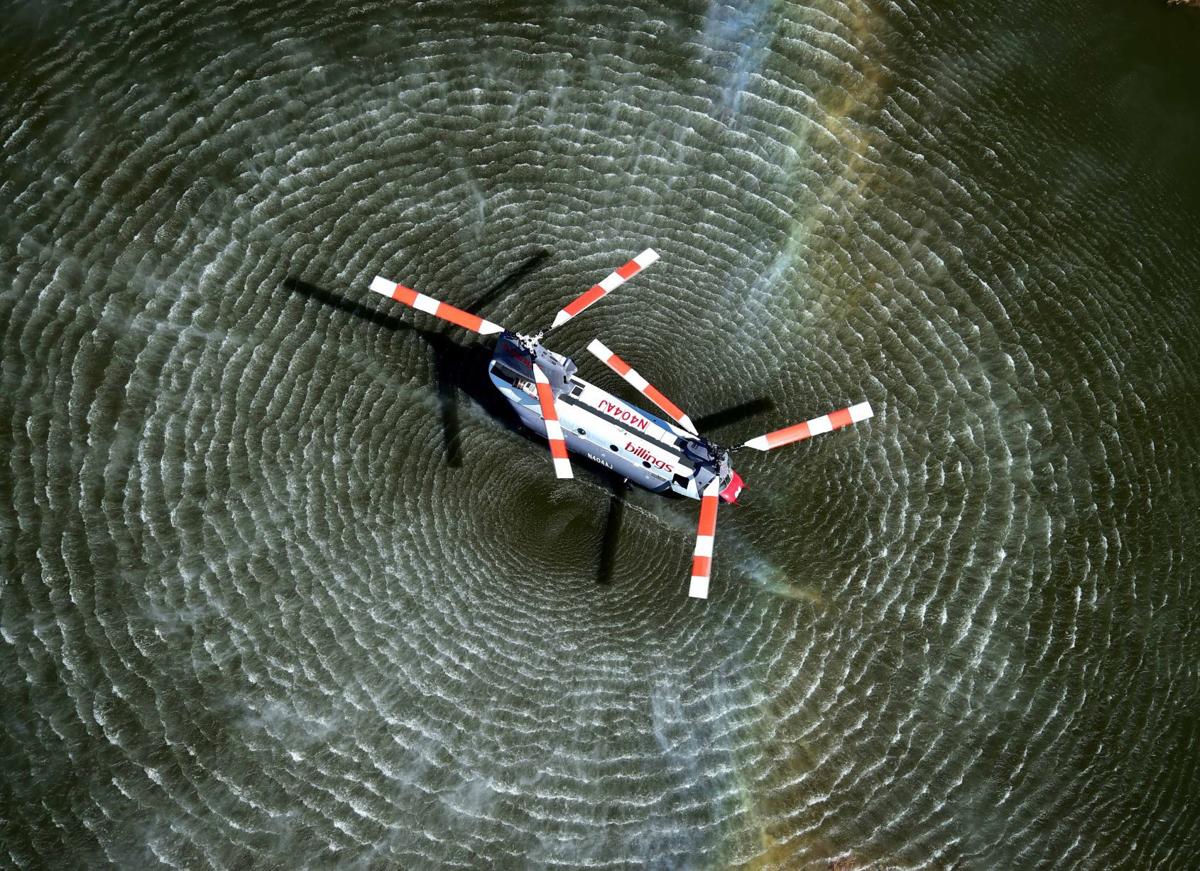 A Billings Flying Service CH-47 Chinook helicopter sucks up water from a pond during a test flight for inspectors for the Federal Aviation Administration. A new internal tank system allows the company to refill from nearby water sources and then drop the water like an air tanker to fight fires. 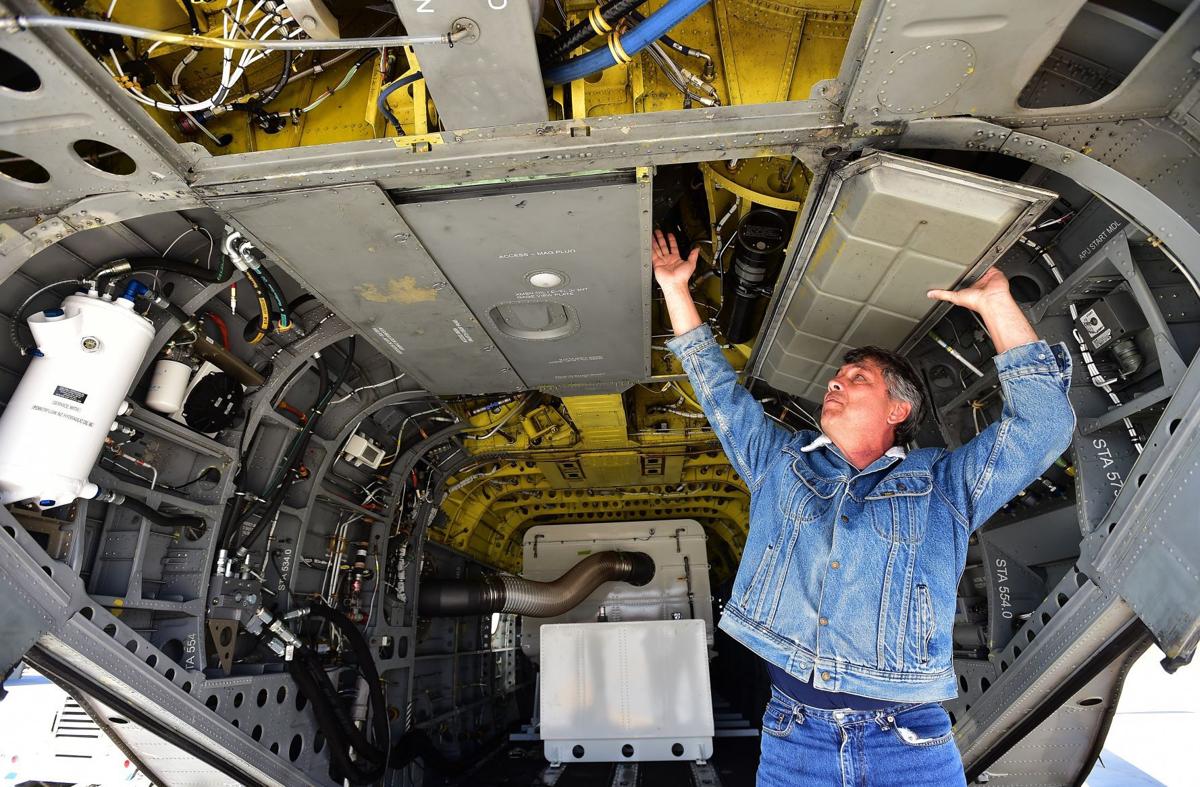 Gary Blain talks about the firefighting modifications Billings Flying Service is making to it's fleet of CH-57 Chinook helicopters.