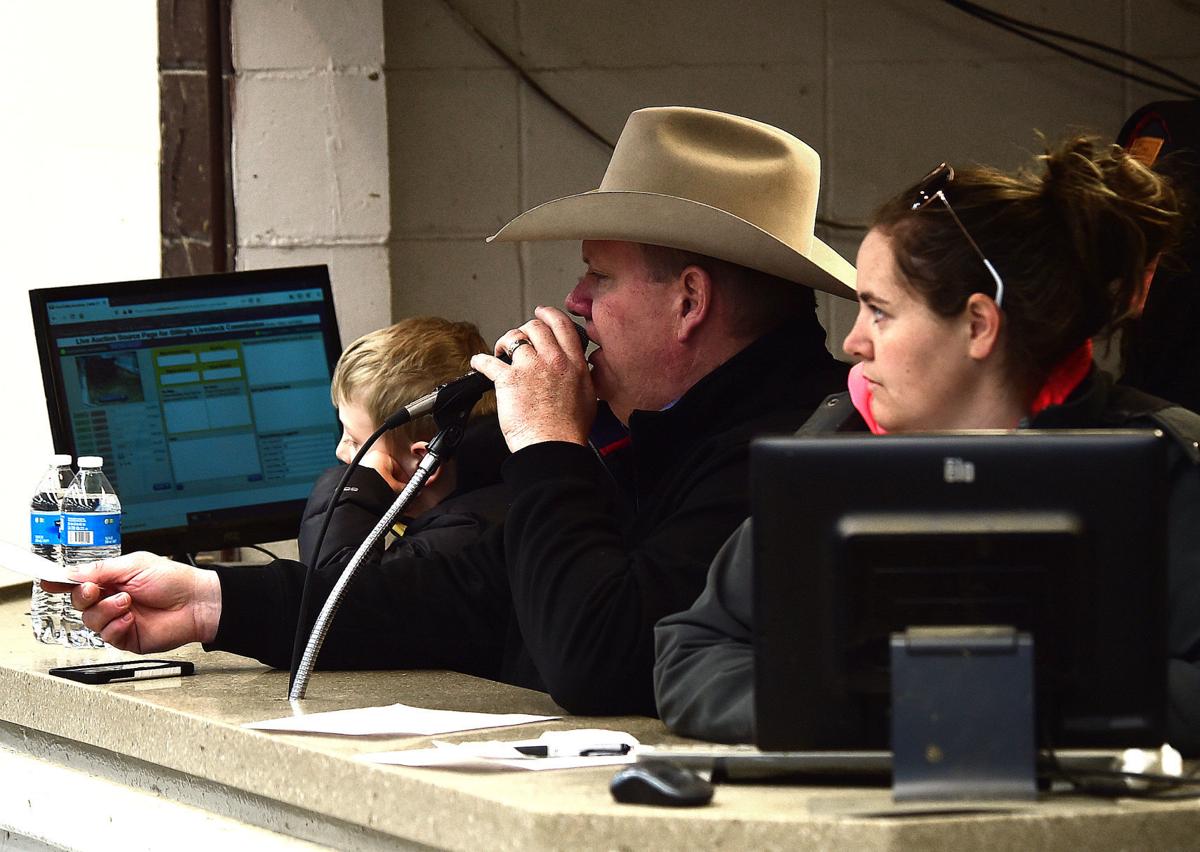 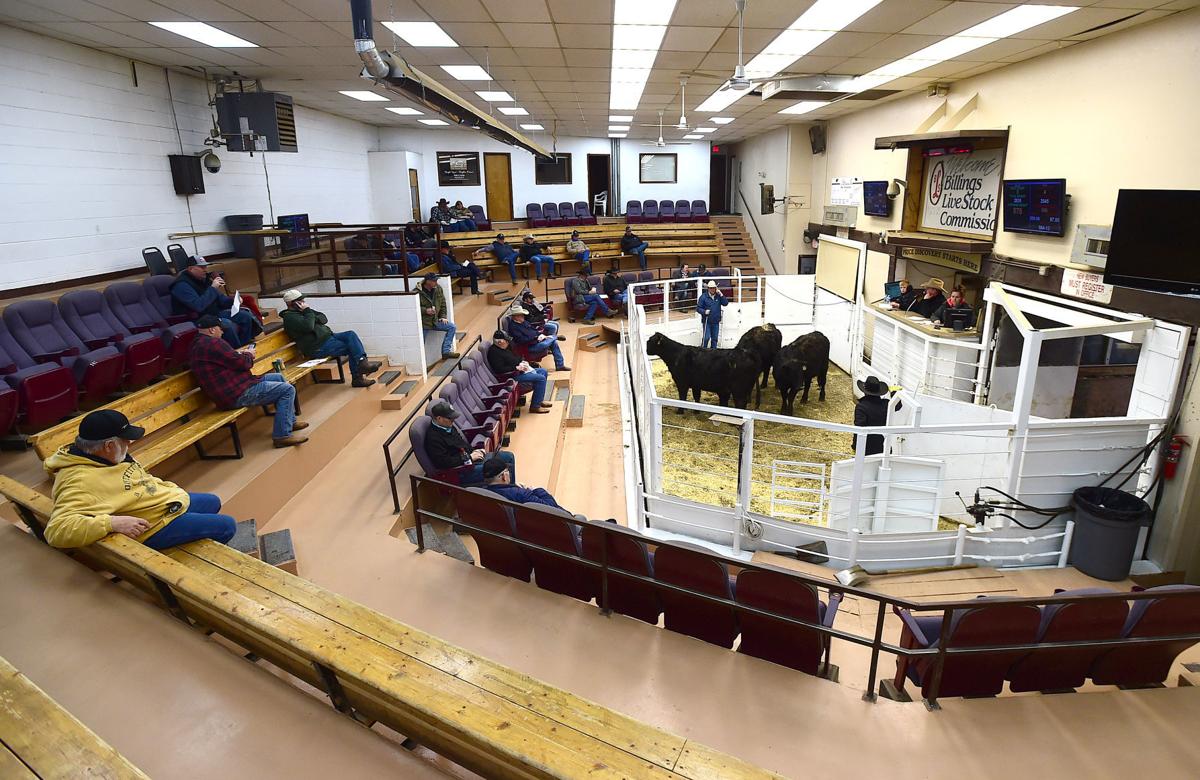 Montana ranchers say they are losing money as the nation’s monopoly meatpackers turn a profit, a problem that has only worsened with the COVID-19 pandemic.

Slaughter cattle that used to fetch more than $1 a pound in Montana auction yards are now selling for as little as $0.62 a pound. Payments to ranchers are dropping even as hamburger has become hard to find in the supermarket. Live cattle futures have fallen more than 20% this year.

“They’re moving meat. It’s unbelievable, I mean record meat movement in the United States right now," said Joe Goggins of the Public Auction Yards in Billings. "The last two days the beef cutout has gone up $31, which is historic. Typically, a big move would be $8 to $9."

The cutout refers to the estimated value of a beef carcass once the animal is butchered into wholesale cuts, like ribs and loin sections that are then shipped to supermarkets to be cut into retail-sized portions.

The disparity between what ranchers are being paid for cattle and what meatpackers are paid for the cutout stretches back to the fall of 2019. A fire at a large Tyson meatpacking plant in Kansas crimped U.S. beef production and also killed more than 5,000 animals. The short supply resulting from the fire led to a sharp increase in what meatpackers were able to charge for wholesale cuts. Likewise, the retail price customers pay for everything from pot roast to steaks also increased, as illustrated in U.S. Department of Agriculture market reports.

But ranchers were left behind in the price increase. Because there was less room for cattle as a result of the fire, the price paid to ranchers for cattle decreased. That drop in price, expected to last a few weeks, stuck around, Goggins said. There was a bit of an increase in January, but then coronavirus began to disrupt the market. Prices paid to ranchers began trending downward again, seemingly disconnected from the cutout price, which remained strong.

U.S. Sens. Jon Tester and Steve Daines said this week that Montana ranchers have a legitimate concern about meatpacker profits not lining up with what ranchers are paid. U.S. Agriculture Secretary Sonny Perdue announced last fall that the USDA was launching an investigation into market manipulation by the nation’s four largest meatpacking companies. There’s frustration that months after the announcement the price disparity remains.

“We’re seeing some pretty bad stuff in the livestock market right now,” Tester said. “We’re seeing fat cattle go down and live cattle go down, and we’re seeing grocery prices go up. As we speak right now, somebody is taking advantage of the situation. And I think that 'somebody' is industrial packers. We may have to address that moving forward. I addressed that with secretary Perdue last week.”

In his letter to Perdue, Tester said ranchers are seeing the worst price decline in 40 years. “Your actions now could make the difference between folks going broke or staying in the industry for another generation,” wrote Tester, a Democrat who farms near Big Sandy.

Daines said this week that ranchers, challenged by low prices for several months as a result of market manipulation, risked being pushed to the brink by coronavirus. Restaurants are being closed in a move to prevent the spread of disease. That means demand for the best cuts of beef is likely to drop, as it did in the last recession.

“One of the issues we have right now is why there is such a huge spread between what feeder cattle are being sold for and what the cutout cows are getting. In other words, that is what the packers are selling for. The spreads here are something we haven’t seen,” Daines said. “I talked to Joe Goggins last night. We have not seen spreads like this in history. So, I know our cattle producers are very concerned about what’s going on, why the packers seem to be making out like bandits, and our producers are seeing record low prices.

“That’s something I’m working separately on with the Justice Department because I think we’ve got an issue with monopolies here and we have several of us from cow states banding together.”

Goggins said the easy solution would be to link the price paid to ranchers to the beef cutout price so the two rise and fall in tandem. Goggins was so frosted by the USDA investigation not resulting in action against the nation’s four large meatpackers that he wrote every member of the U.S. Senate, demanding lawmakers do something.

“USDA, they keep saying the investigation is still ongoing. Well, it shouldn’t take very long to figure it all out. I’m just telling you,” Goggins said. “Those four guys up there, they play for keeps, and they got a lot of money.”

As the United States and Canada agreed Wednesday to close their border to all nonessential travel, there weren’t many answers about what those…

Bullock: Schools won't have to make up two-week closure

The coronavirus pandemic is putting a major damper on Montana’s outdoor recreation industry, which, at $7.1 billion and 71,000 jobs, is the second-largest sector of the state’s economy.

All bars, brew pubs, wineries and casinos in Yellowstone County are ordered to close, effective 8 a.m. Tuesday. All food service operations are also ordered to close dining rooms, as well.

Ranch state senators are pushing to prop up cattle prices in response to an expected crash in the beef economy.

School closures and business shutdowns due to the novel coronavirus contribute to a state-wide blood shortage for hospitals.

On Monday, the Yellowstone County coroner identified the victim in a fatal car crash that happened early Saturday morning in Billings. 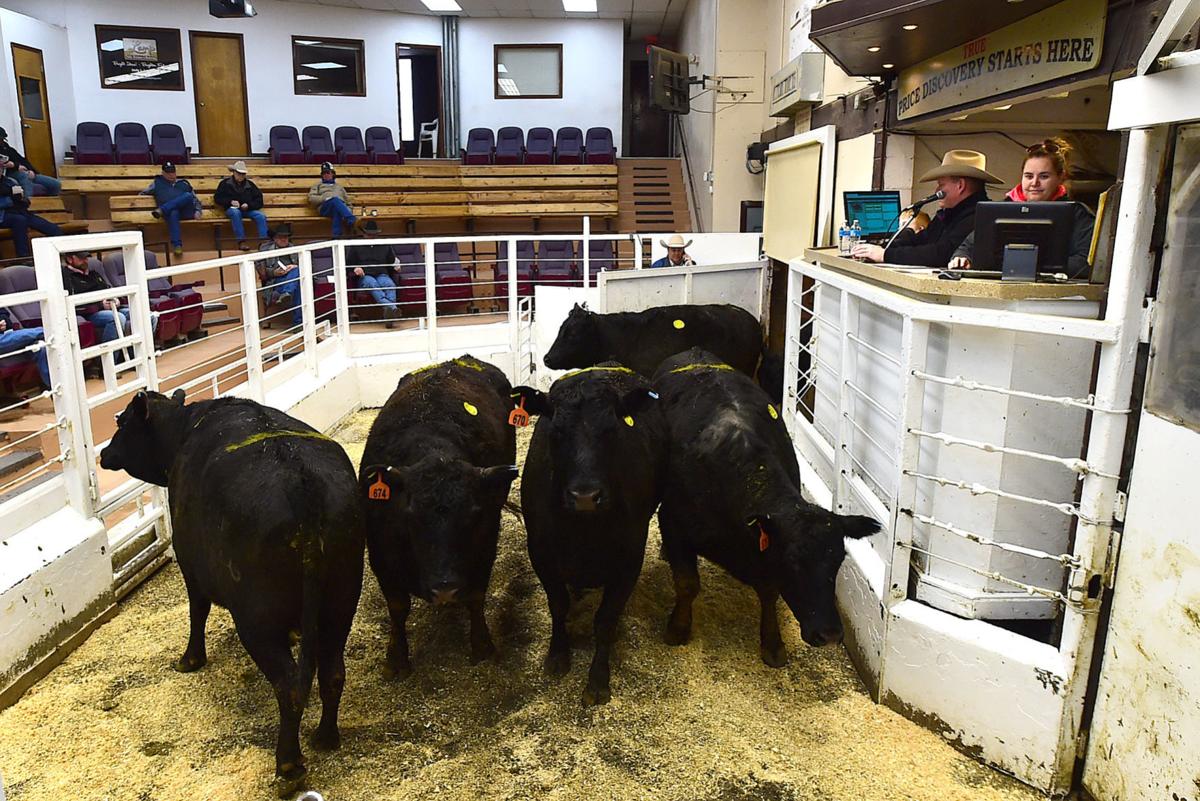 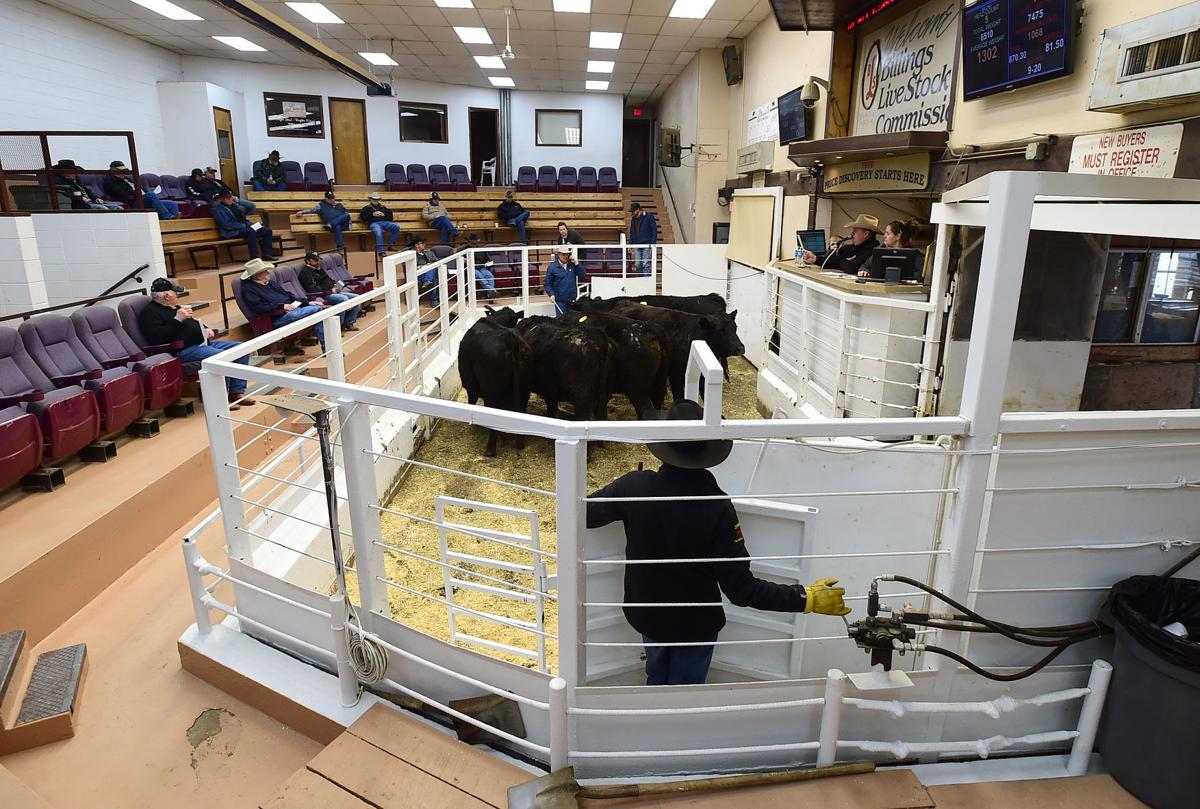 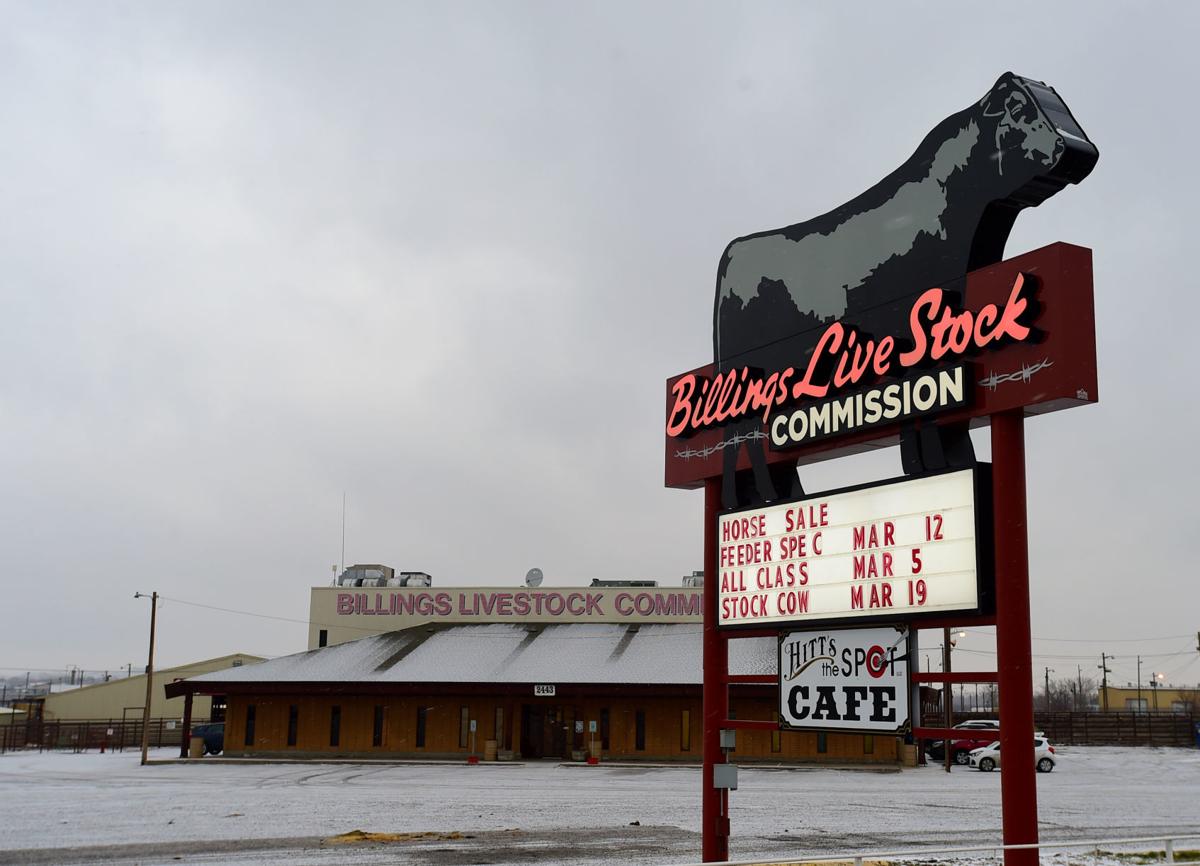 Billings Livestock Commission is having a stock cow sale on Thursday.