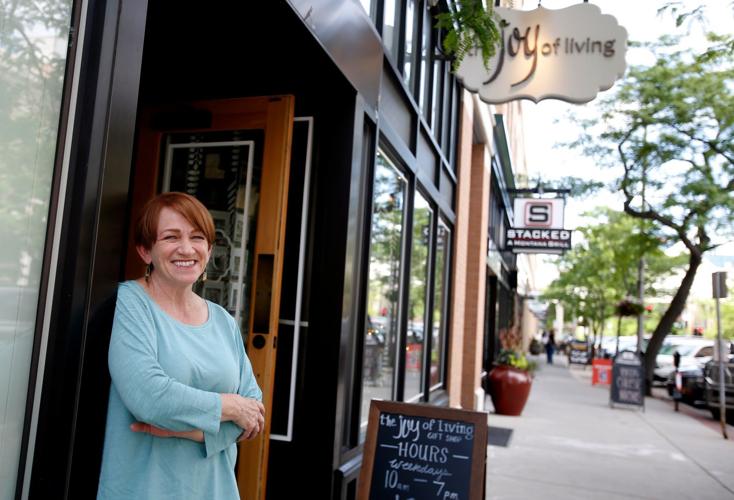 Kris Carpenter of Joy of Living in front of the downtown store on North Broadway on Thursday. 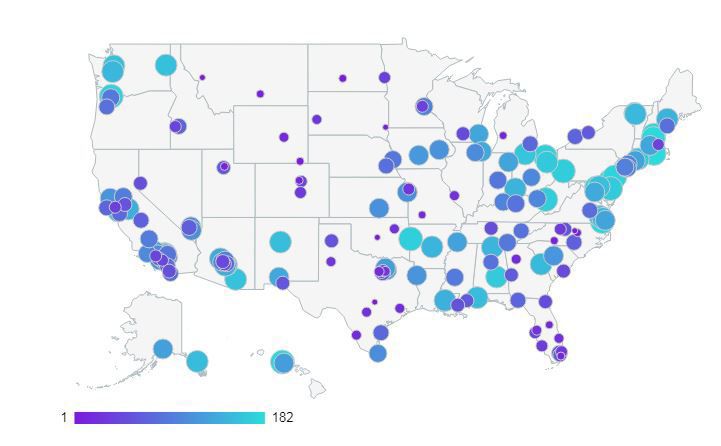 WalletHub's best large cities in the U.S. to start a business, ranked 1 through 182. Smaller purple dots denote the best locations for new ventures, with Billings and Missoula ranked 8 and 4, respectively. 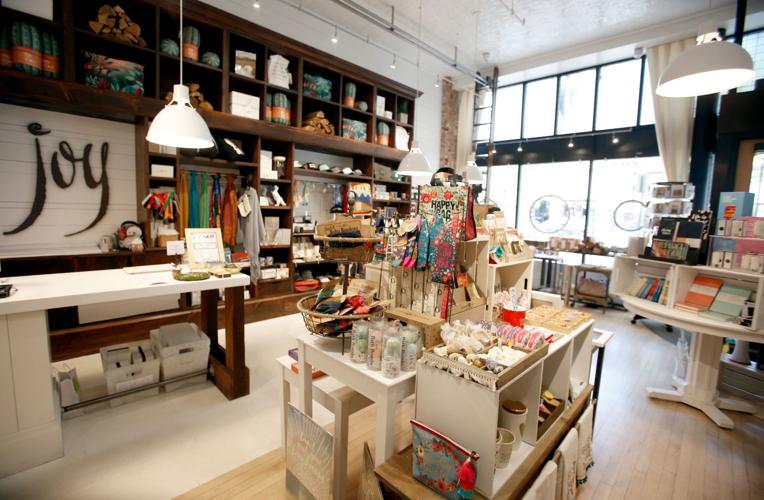 Joy of Living in downtown Billings on North Broadway on Thursday. 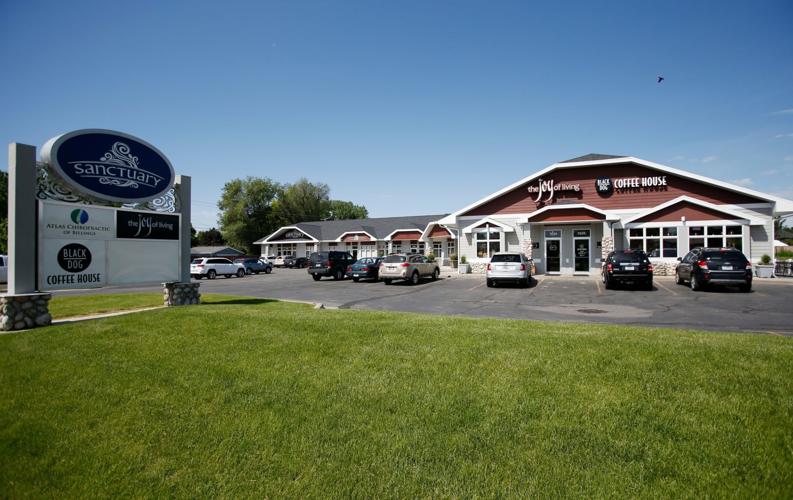 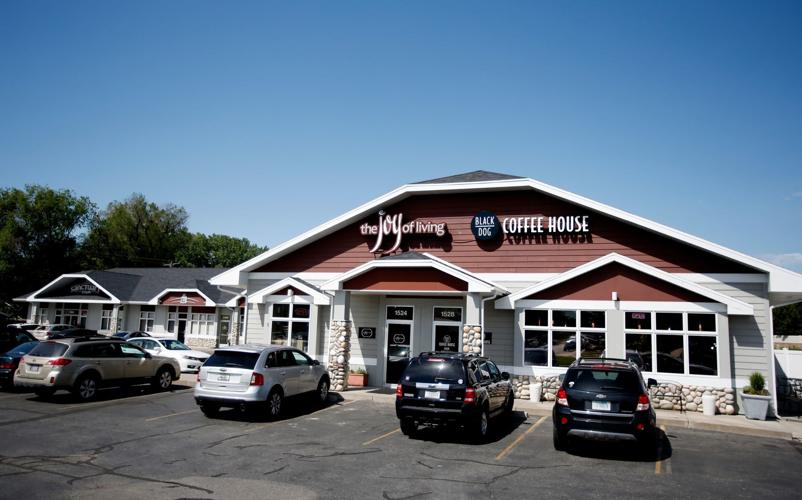 Billings is the place.

WalletHub ranked nearly 200 metropolitan cities across the U.S., looking at three metrics and evaluating each city based on those measurements. Measured was a city's business environment, availability of resources and business costs.

Billings ranked relatively high on the list, coming in eighth out of 182 cities. Still, the city was bested by some of its neighbors, including Missoula, which came in fourth (Billings and Missoula were the only two Montana cities the website measured).

Coming in first was Oklahoma City.

"The entry cost is pretty low," he said.

A license for a small business looking to launch within the city starts at $55. Every month, the city approves licenses for everything from cleaning services to lawn care companies to general contractors to clothing shops.

Sometimes the business names or the services they offer get pretty creative, Zoeller said. March saw licenses approved for a company called Ambitious Thinker, which the city classified as a miscellaneous business. Another company registered as the Ministry of Propaganda and another as the Wrecking Clowns Dance Crew, both classified as services by the city.

Overall, the city issues and renews thousands of business licenses every year. Because companies aren't required to report when they stop operating, the city has no specific data on how many of those businesses fail each year.

Overall last year, the city of Billings issued 1,105 new business licences and renewed another 5,400. Not included in the city's license numbers are businesses that would be regulated by state boards, like dentists, lawyers, chiropractors and cosmetologists.

Carpenter sees the advantages Billings offers to businesses just starting out; she's been part of the small-business community in this town for years. And this year she's serving as president of the board for the Billings Chamber of Commerce.

"It's a great place to start a business," she said. "But how many small businesses don't make it year after year?"

When she hears news like WalletHub's ranking of the city, she's not particularly surprised. The city offers amazing — and many times free — resources for small businesses to take advantage of, she said.

And in part, that's why it can be frustrating to see small businesses fail.

"The EDA is incredible at the training they do and the help they offer," she said.

She pointed to her own experience and to the fact that she's had her own businesses fail.

For example, she said, when she was preparing to open Sanctuary Spa & Salon, Carpenter had put in her business plan that she was going to use 4,000 square-feet of space.

Using the small business services offered by the EDA, Carpenter submitted her business plan and learned that in order to be profitable, Sanctuary would likely work better as a 3,000-square-foot operation. So she made the change.

"You have to learn the numbers part," she said.

Crunching numbers and performing smart research so that she was prepared for what lay ahead was a big part of her success, she said — that, and her willingness to work hard.

Billings has a strong sense of community, and that also adds a positive impact to the business environment in town.

If Billings wants to improve the environment for businesses it needs to dream bigger, many city leaders and boosters have said for decades. The city needs more large industries to come to town. Those large industries build up the area's economy, which helps small businesses thrive. In the absence of those industries, Billings loses skilled workers and advancing executives to other cities.

Carpenter again pointed to Sanctuary. As a salon and spa the majority of her employees are women. Fairly regularly, an employee leaves the salon when her husband has taken a better job or a bigger promotion with a company out of town because those opportunities don't exist in Billings.

"We have to be bolder about taking bigger steps," she said.

Ultimately, Carpenter feels optimistic about the city's business-friendly atmosphere and sees a bright future in Billings' economic growth. She sees it in the success of her own businesses. Still, she misses the white-knuckle excitement and bone-weary satisfaction of opening a new business.

"If I could start another small business, I definitely would do it again," she said.

WalletHub's best places in the U.S. to start a business, ranked 1 through 182. Smaller purple dots denote the best locations for new ventures.

Downtown Billings has a handful of lucrative properties currently up for sale and depending who buys them and how they're developed, they coul…

Mariah Carpenter had always wanted to go into business for herself. Her mother-in-law, Kris Carpenter, needed someone to fill a space in the s…

For downtown Billings to really come into its own, developers say it needs more apartments.

This week's letters to the editor: Religious freedom, socialism and the great wall of Canada?

DALLAS — A lock of blond hair that experts believe came from Lt. Col. George Armstrong Custer, the flamboyant officer who perished at the Batt…

Running has been part of Scott Sneddon’s life for a long time.

Even the insurance company wants to be a part of revitalization efforts in downtown Billings.

Montanans have a robust entrepreneurial spirit and aren’t afraid to start their own companies, but there is much work to be done to ensure their businesses survive in the long-run, according to a new study.

What student loan forgiveness means for you

What student loan forgiveness means for you

Kris Carpenter of Joy of Living in front of the downtown store on North Broadway on Thursday.

WalletHub's best large cities in the U.S. to start a business, ranked 1 through 182. Smaller purple dots denote the best locations for new ventures, with Billings and Missoula ranked 8 and 4, respectively.

Joy of Living in downtown Billings on North Broadway on Thursday.