Brenda Austin was worried when her son, Casey, told her he planned to work in the Bakken oilfield in early 2013.

“Don’t worry. I’ll be in a safe spot,” he told her when he left their Mandan home for a job at a Minot-based company that provided on-site water recycling for the industry.

But that wouldn’t stop the truck in which he was a passenger — his supervisor's vision obscured by a passing truck while driving to the day’s jobsite — from rolling into the ditch and filling the cab with snow as it slid at 5 a.m. Feb. 28 on a remote gravel road in eastern Montana.

More than five years later, Brenda Austin searches for justice, which she feels has not been served. In that sense, she's like many other family members of deceased workers who struggle with the time it takes to take their cases through the court process.

"It's going to be six years, and it feels like yesterday," she said. “I don’t want to say it’s a lost cause, but there isn’t anything else I can do. It’s something I have to accept."

Resirkulere and the supervisor did nothing wrong that led to the accident, Todd Stubbs, a lawyer for the company said in an email.

"This was an unfortunate accident, which there is no one to blame based upon the facts," he said. "This accident also involved a rare set of circumstances because, if the truck had merely rolled and the snow would not have entered into the vehicle, Casey would have survived."

Casey Austin is just one of many young people whose lives would end tragically on both sides of the Montana-North Dakota border at a time when the Bakken oilfield was deemed one of the nation’s deadliest workplaces.

“I feel I failed as a parent,” Brenda Austin said. “I think I failed my son because nothing has been done.”

Those numbers would climb. Nine oil and gas fatalities in Fiscal Year 2014, six involving a motor vehicle. Then, in 2015, there were 18 fatalities, 11 vehicle related. When oil prices dropped off, so did the carnage, with three deaths each in 2016 and 2017 and four to date in 2018.

Fred Bremseth, a Minneapolis-based attorney, has seen the effect on families firsthand with his involvement in a couple of big oilfield death cases, including one involving a Montana man, Dustion Bergsing, killed on a Marathon Oil well site near Mandaree, in which a confidential settlement was reached.

“As you can imagine, it’s very difficult and painful,” Bremseth said. “Our justice system is intended to be very thorough, but that also tends to slow the process down.”

Some cases are complex. Some courts are understaffed. A short period is usually one to two years, and some cases can drag out five or six, according to Bremseth, who said there is no magic to helping families through the often drawn-out process. He employs “common decency” and tries to explain and manage expectations as best he can.

“The death of a loved one, especially a child, is something you never really get over for the rest of your life,” Bremseth said.

Bremseth’s clients have turned to counseling when needed. Others fall back on their faith or community for support.

When families do choose to bring a case, it’s often because they feel there’s a wrong that needs to be righted and their actions might help prevent someone else having tragedy happen to them, according to Bremseth.

In the six years he’s been in Williston, Eric Genet, president of NonDaks Safety Network, a safety organization made up of oilfield workers, said in February 2017 industry has made a “180 degree” turnaround to a mentality of no job is so urgent to do unsafely.

One MonDaks initiative over the past four or five years was atmosphere monitoring on oil and gas well and storage tank sites, Genet said, after a series of workers, including Bergsing, died from H2S gas exposure around 2013.

With 40 percent of injuries and fatalities happening while workers are on the road, MonDaks also formed a Transport and Transmission Committee to address road safety.

In Casey Austin’s case, Brenda Austin did say the county regraded the curve of the road to make the ditch less steep at the crash site.

Bremseth also said, by leveling civil suits against companies for negligence, he and others in his profession have hope the monetary damages will serve as a deterrent to others.

“One of the points is to try to make our workplaces, products, roadways safer,” he said. “By making a claim, we’re trying to expose dangers to the light of day.”

Bremseth said the system isn’t perfect but feeling like he’s helped to do the right thing is "what gets me out of bed.”

For Brenda Austin, there has been no feelings of closure and she felt more should have been done. She has sent letters to the Richland County state's attorney pleading that criminal charges be filed. She thinks law enforcement should have asked more questions.

Brenda Austin and her husband have gone to the crash site several times since the accident, erecting a big metal cross and putting out flowers. They haven’t been back for a couple years.

“He was my whole life,” Brenda Austin said of her son, the third of four children she had.

Brenda Austin said her son was the type to lend a hand when something was needed. At 22, Casey Austin was carefree “with a heart of gold” and friends with nearly everyone.

“He was like a magnet,” she said. “People just came to him.”

Brenda Austin tells a story of how he stood up for another man, one he’d never met, during a fight, simply because he needed help. The two became close friends because of it.

“His thing was cars,” Brenda Austin said of her son, whose father had taught him how to reconstruct motors. He rebuilt his first one at age 14 and would have liked to run his own automotive shop.

“He had a lot of plans,” she said, adding he was hoping to save enough money to build a house for him and his girlfriend in Bismarck-Mandan.

Montana ranks No. 3 in the nation for deaths on the job

Montana workers died on the job at a higher rate than those in all but two other states during 2016, according to an annual report from the fe…

Thirty four people died on the job in Wyoming in 2016, the same as the year before. The workers were a cross section of the most well-known careers in the Cowboy State, from truck drivers and coal miners to agricultural workers and oilmen, according to a workplace fatalities report released Thursday by the Wyoming Department of Workforce Services’ Research and Planning division.

The southwest Wyoming mine where a worker died last month after being buried in coal has been fined for roof and wall safety issues more than 60 times since 2010, federal mine safety data shows.

Older people are dying on the job at a higher rate than workers overall, even as the rate of workplace fatalities decreases, according to an Associated Press analysis of federal statistics.

An expired southeastern Montana natural gas field established in the 1980s on federal land is being dismantled, graded and seeded to once again provide habitat for greater sage grouse and other wildlife.

A man was rescued from a collapsed trench in a backyard on Billings' far West End Monday evening.

An 84-year-old man died Tuesday afternoon from injuries sustained during a rollover car crash on the interstate, according to the Montana High…

Man who died in rollover east of Lockwood identified

An 84-year-old man who died after a rollover crash Thursday on the interstate east of Lockwood has been identified as Grant Miller, of Crow Agency.

GREAT FALLS — Two teenagers have been arrested in connection with a shooting death and a fatal hit-and-run crash in northwest Montana.

WISHEK, N.D. — A 66-year-old Wishek man is dead after drowning at a landfill near Wishek Wednesday, Oct. 31, according to Laurie Spitzer, McIn…

A man who fought for more than a decade to maintain his rights to a mining claim in northwestern Montana died two days after a jury awarded him nearly $2.6 million.

STANLEY, N.D. — The North Dakota Highway Patrol on Thursday released the name of a 26-year-old Parshall man who was killed after his pickup co…

FARGO, N.D. — The notion that crime boomed in the Bakken as oil development took off is nothing new. But a study released this month by the Bu…

WILLISTON, N.D. — Authorities have identified the man who died at an oilfield worksite near Williston.

BISMARCK, N.D. — A Houston company has been found guilty and ordered to pay $2.1 million in fines and restitution in the 2014 death of an Alab… 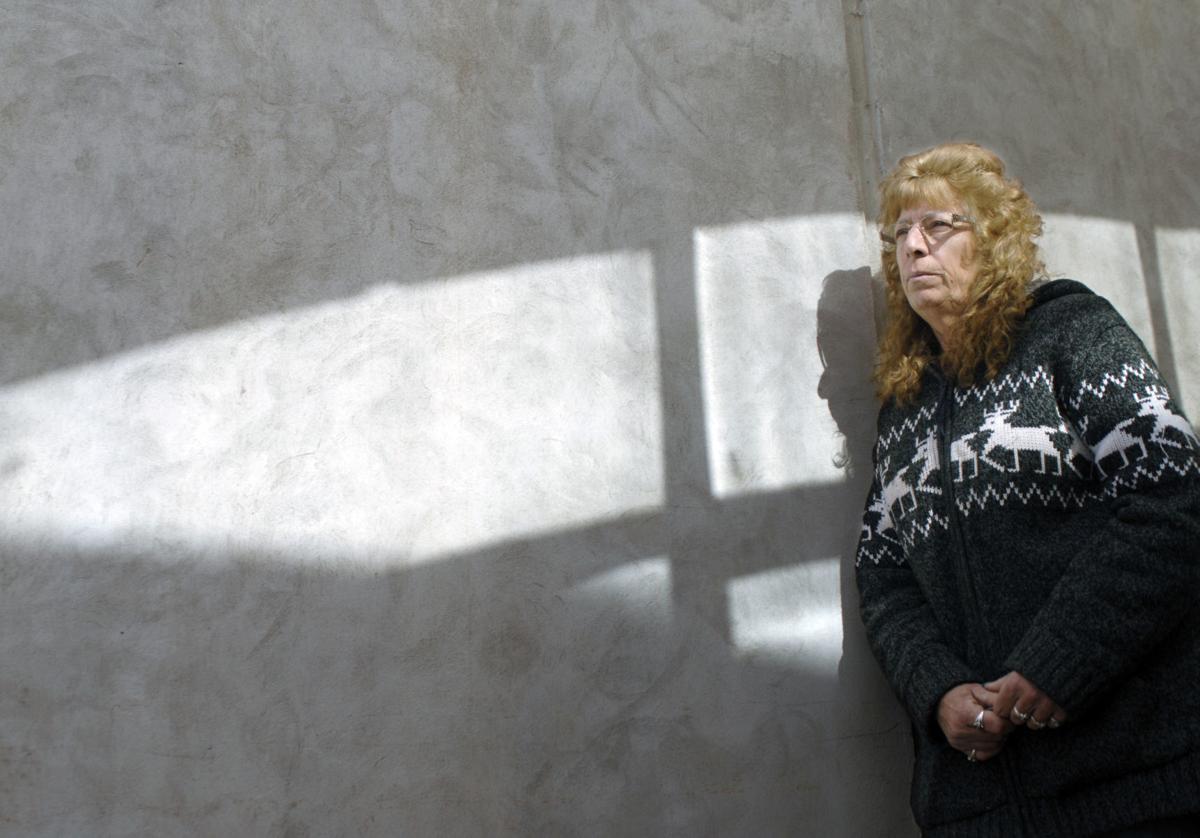 Brenda Austin, of Mandan, lost her son, Casey, due to a truck rollover while working in the Bakken oil patch in 2013. Years later, Austin still thinks more things could have been done. 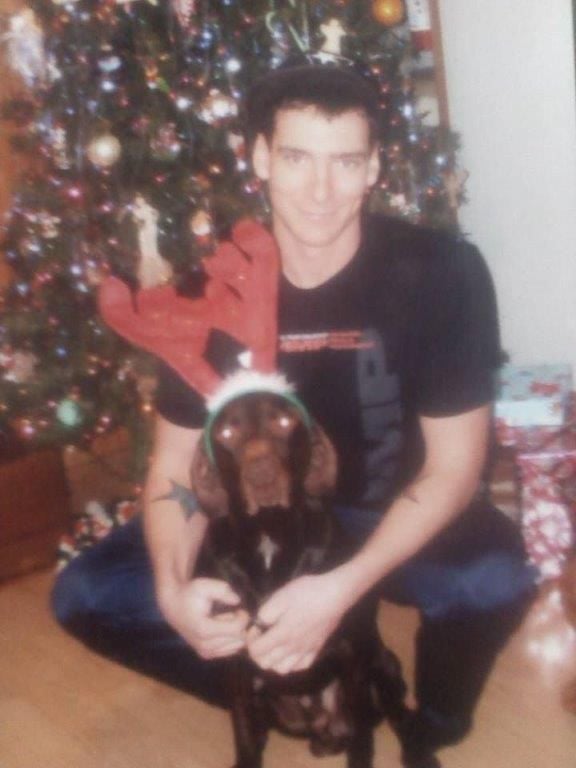