Cloud Peak taking more active role in coal debate: ‘We want it to be a factual discussion’
Share this
1 of 3 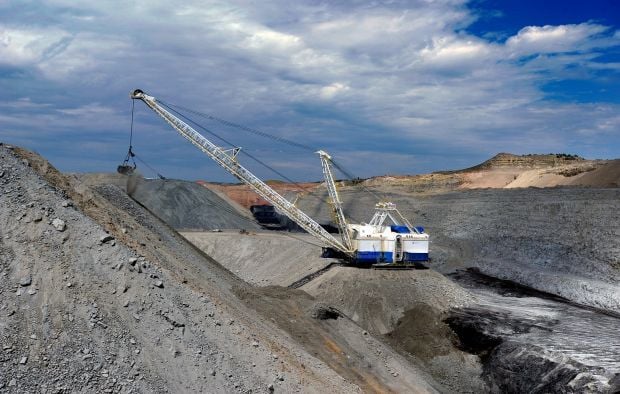 A dragline works to remove the dirt on top of a coal seam in the Spring Creek mine near Decker. The 65-yard bucket can dig 1,000 buckets every 24 hours. 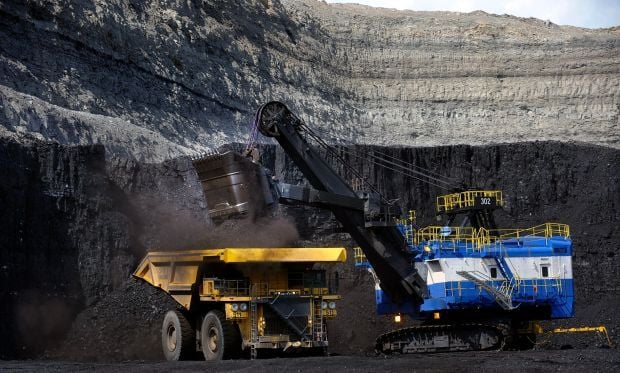 One of two massive P&H 2300 shovels at the Spring Creek Mine loads a truck with 250 tons of coal. The shovel has a 40-yard bucket, and the truck holds 130 yards of coal. 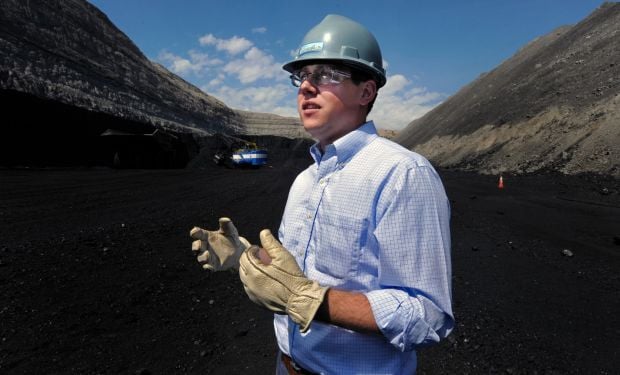 Rick Curtsinger from the Spring Creek mine leads a tour on a coal seam.

DECKER — The 300-foot dragline juts into southern Montana skyline like an industrial tower, a titan among giant equipment at Cloud Peak Energy’s Spring Creek Mine.

Perched atop a dirt hill, the dragline rotates like a slow pendulum, scooping multiton shovelfuls of dirt with each pass. On this sunny day, the machine hardly touches any coal; instead, dragline operators are digging dirt away to reach the black prize below.

“That really is his job — to uncover the coal seam,” said Darren White, a senior planning engineer at the Spring Creek mine.

These days, much of that newly uncovered coal is likely destined for Asia, where strong prices have enabled Cloud Peak to find a growing new market.

But Cloud Peak, one of the country’s largest coal exporters, is at a crossroads. Officials are hoping to nearly triple exports to Asia. But they face stiff opposition from environmentalists trying to block terminals on the West Coast and mining expansion here in the Powder River basin.

Company officials say those exports are crucial to protect family-wage jobs in Montana and Wyoming.

“Coal is going to continue to be used … for decades to come. We think it’s important to produce coal and use coal in a responsible way,” Cloud Peak spokesman Rick Curtsinger said during a recent mine tour.

While domestic coal demand has slumped because of the lingering recession and low natural gas prices, exports have risen to fill part of that gap, particularly in Western states. In 2007, U.S. exports to Asia were only 4 percent of the U.S. total; they grew to 25 percent as of 2012, according to the U.S. Energy Information Administration.

“Potentially, we could sell them more, depending on ports,” Spring Creek mine manager Dave Schwend said.

Spring Creek has 260 nonunion employees who make an average of $69,000 annually. Most live in Sheridan, but some commute from as far away as Crow Agency. In 2013, Cloud Peak paid $55 million in coal tax royalties to Montana.

“This is a big number that went into the economy last year. And it will be a bigger number next year,” Schwend said.

Earlier this month, Cloud Peak officials agreed to pay $37 million to boost its exports by 2 million tons through the Westshore Terminal in British Columbia. Cloud Peak now expects to export 6 million to 6.5 million tons of coal annually through 2024.

The company also has an agreement to export from the proposed Gateway Pacific terminal near Bellingham, Wash., just south of the Canadian border. The terminal, which would be North America’s largest, has faced stiff opposition from environmentalists in the Pacific Northwest and is undergoing a lenghty regulatory review.

Washington state regulators are looking at the greenhouse gas emissions of the project from the mines here in the Powder River basin to the power plants in Asia. If the terminal is approved and built, Cloud Peak could export about 18 million tons of coal annually to China, Japan, South Korea and Taiwan.

“We continue to be encouraged, but understand there is significant opposition,” Curtsinger said.

A second Washington coal terminal has been proposed in Longview, about an hour north of Portland. This month, state regulators denied a key permit to Ambre Energy’s Morrow Point terminal in central Oregon, putting the project in jeopardy. At one time, six different coal-dock proposals had surfaced in the Pacific Northwest, though some were barely beyond the idea stage.

Environmentalists say the coal docks will generate train traffic that will clog rail lines and blow dust onto the ground below, charges that coal companies say are overblown.

But critics’ biggest concern is global climate change, which most scientists believe is caused by human activity.

“Once Powder River Basin coal reaches the export facilities, it would be shipped overseas to be burned, and return to our shores in the form of mercury contamination, air pollution and acidifying oceans,” Michael Brune, executive director of the San Francisco-based Sierra Club, wrote in a recent blog post.

This month, representatives from the Northern Plains Resource Council and the Western Organization of Resource Councils sued the federal government to block expansion of the 9,500-acre Spring Creek mine.

Company officials say they are continuing to reclaim lands as required by law.

Since 2013, the company has also spent nearly a half million dollars lobbying Congress, according to OpenSecrets.org. The company’s political action committee, Cloud Peak Energy Resources, spent about another $50,000 during that same period on direct contributions to candidates, mostly to Republicans.

Mine officials say they recognized they needed to respond to criticisms about their operations raised in the debates surrounding West Coast ports.

“We … want it to be a factual discussion, not an emotional discussion or political debate,” Schwend said.

Headquartered in Gillette, Cloud Peak has three mines in the Powder River Basin, Spring Creek and the Cordero Rojo and Antelope mines in Wyoming. The company is also seeking to develop a mine with the Crow tribe and co-owns the Decker mine with Ambre Energy.

Publicly traded Cloud Peak reported $1.4 billion in revenue in 2013, about an 8 percent drop from the previous year. The company has 1,700 employees and supplied about 4 percent of U.S. electricity last year, with enough energy to power 15 million homes.

Spring Creek operates 24 hours a day, every day. The open-air mining starts inside the 40-foot-high coal seam, which was created by blasting and digging. A massive shovel scoops coal into hybrid trucks, which carry 250 tons of coal per load to storage barns.

The tires on each truck are about as tall as one man standing on another’s shoulders.

From the cool, enclosed barns (which attract antelope seeking shade on hot days), the coal is hauled through an enclosed conveyor to the batch load-out building — the logistics center of the mine.

Operators pour 120 tons of coal into each rail car as it comes in, then spray it down with surfactants, which are sticky chemicals designed to prevent dust during travel. The trains then head east to power plants in the Dakotas, Minnesota and the Rust Belt, or west to Washington and Canadian export docks.

Company officials say they’re proud of what they do.

“A lot of people’s perception is that it’s dark and dirty, and we don’t quite think that’s the case,” Schwend said.

Under deal, stake in Decker coal mine would go to Australian company

A dragline works to remove the dirt on top of a coal seam in the Spring Creek mine near Decker. The 65-yard bucket can dig 1,000 buckets every 24 hours.

One of two massive P&H 2300 shovels at the Spring Creek Mine loads a truck with 250 tons of coal. The shovel has a 40-yard bucket, and the truck holds 130 yards of coal.

Rick Curtsinger from the Spring Creek mine leads a tour on a coal seam.