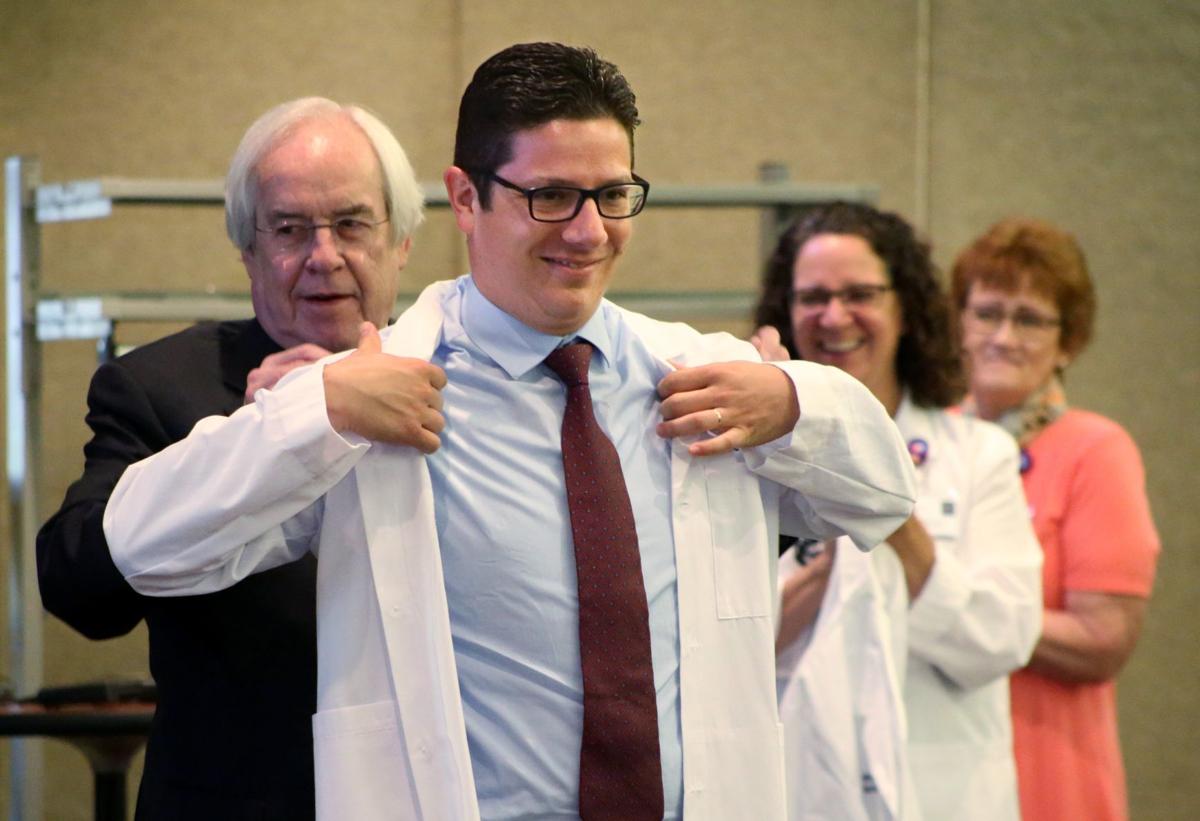 Billings Clinic CEO Dr. Nicholas Wolter puts a white coat on resident Felipe Martignoni during a ceremony in June 2016. Wolter began at Billings Clinic, before it merged with Deaconess Medical Center, as a physician in 1982. 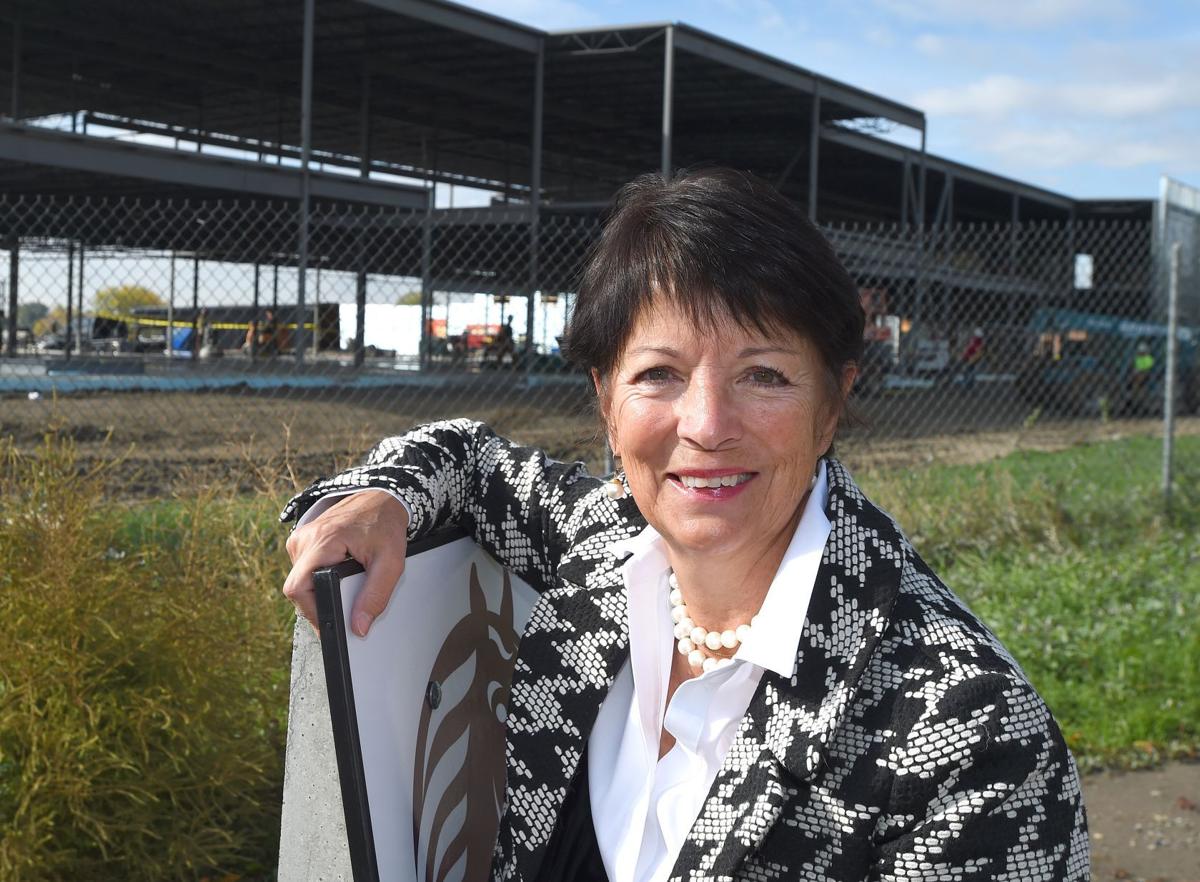 Karen Fagg is shown outside the new Catholic school on Monad Road. She is a board member for Billings Catholic Schools. Fagg is being inducted into the Montana State University-Billings Business Hall of Fame. 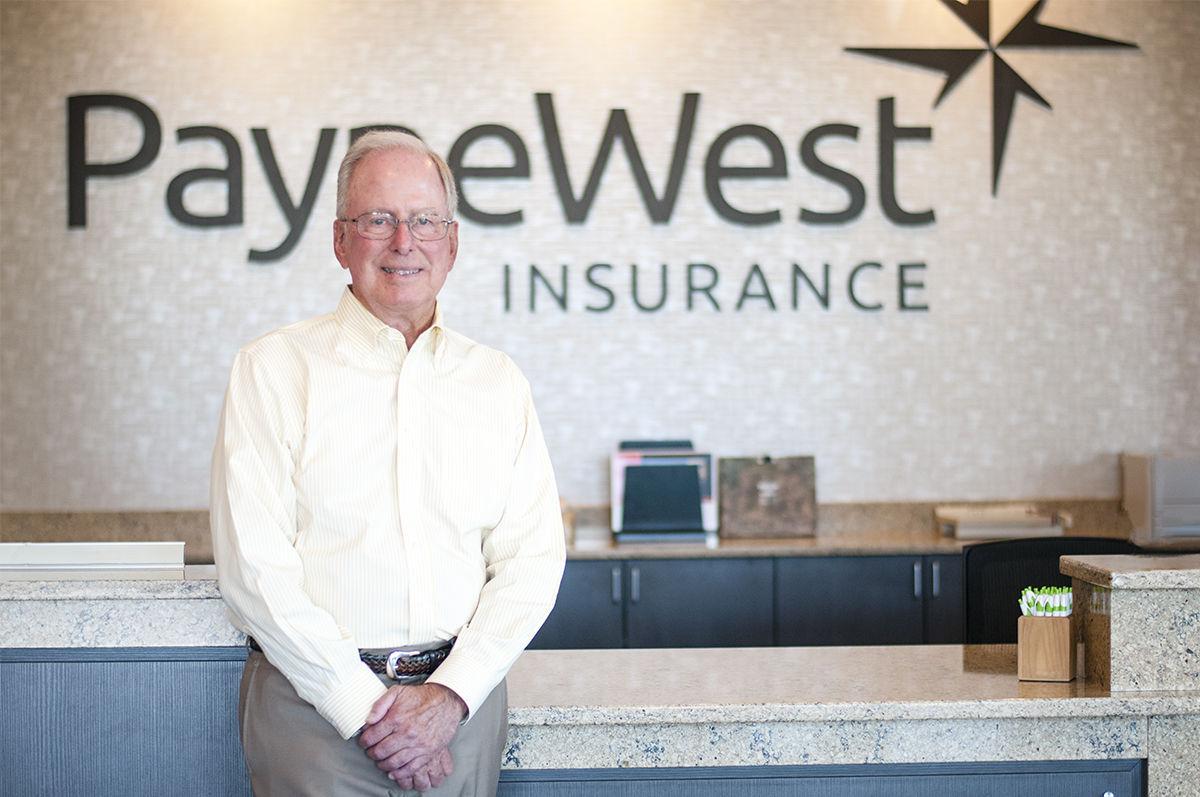 Terry Payne is chairman of the PayneWest Insurance board and a 2016 inductee in the Montana-State University-Billings Hall of Fame.

The three newest members of Montana State University Billings’ Business Hall of Fame will accept individual honors this week, but all of them say they haven't succeeded without surrounding themselves with a team.

“This honor is focused on me, but it shouldn’t. I had the fortunate opportunity to work with tremendous… people,” said Karen Fagg of Billings, former majority owner of HKM Engineering, and director of the Montana Department of Natural Resources.

Fagg will be joined Dr. Nick Wolter, CEO of Billings Clinic, and Terry Payne of Missoula, founder of PayneWest Insurance, in their induction ceremony Tuesday at the Radisson Hotel in Billings. Actor Henry Winkler will be the keynote speaker.

The 2016 class is the third of its kind for MSUB, which launched its Business Hall of Fame in 2014 to inspire budding entrepreneurs to seek their own success.

With the induction of Fagg, Wolter and Payne, the Hall of Fame will comprise 12 members, who were selected based on lifetime achievements in their field.

As a math major at Carroll College, Karen Fagg aimed early for a career crunching numbers and modeling data.

It didn’t happen right away. Upon graduation, the 63-year-old Anaconda native started worked as a high school gymnastics teacher, trading trigonometry for tumbling, before finding a research job at a Butte firm called Merdi.

She began in the natural resources field, programming on 1970s-era mainframe computers and mapping supply and demand for energy in Montana.

She rose in the ranks, later helping to develop an energy project at the Montana State Hospital in Warm Springs.

“I’ve always been interested in natural resources, and the engineering aspect was a natural transition,” Fagg said.

In 1989, she moved to Helena to take over the state Department of Natural Resources under then-Gov. Stan Stephens. She stayed for his full four-year term and a year with his successor, former Gov. Marc Racicot, before moving to Billings with her new husband, Russ Fagg.

In Billings, Fagg worked with a group to purchase HKM Engineering in 1993, and she was named president of the company. Five years later, Fagg purchased majority share in HKM and shepherded its growth into one of the state’s largest engineering firms.

“I loved it because we worked on real problems in communities, infrastructure, waste water, transportation… It was just great fun to see those designed and eventually constructed and utilized by communities,” she said.

Fagg spent most of her working life as a woman in a man’s world, but she said she never felt disrespected by her male colleagues.

“Was it challenging? Yes. But, looking back on it, it was also very rewarding. There were certainly obstacles, but there were also opportunities. I also had the fortunate opportunity to have a lot of mentors,” she said.

About four years ago, Fagg left HKM, which has since merged with another company and is now called Dowl. She’s focused on her volunteer work now, including serving on boards for Montana-Dakota Utilities, Billings Catholic Schools, the YMCA and St. Vincent Healthcare.

“I personally think it’s our individual responsibility to be involved. We all too often, I think, find it easy to criticize what is happening… but if we’re not willing to participate and do whatever we can at a local level, then we don’t really have a right to criticize,” she said.

When Nick Wolter came to Billings with a newly minted University of Michigan medical degree in 1982, his goals were improving his pulmonary practice and critical care medicine.

The task of managing Billings Clinic, then a small provider, was for others then, he said.

“I never really thought that I would get into the administrative side of things,” Wolter, now 68, said.

Fate had other plans, and when Billings Clinic merged with Deaconess Medical Center in 1993, Wolter was named the first CEO of the new organization.

As a doctor, Wolter said he was trained to be like a fighter pilot — assuming responsibility, flying solo, taking charge under pressure.

But in an executive position, he learned to lean on the expertise of others, particularly in the fast-changing environment of modern health care.

“If you have the right teammates, I think, that’s one of the key roles for a CEO. It’s one of the most important things you do,” he said.

Much of the growth has occurred during Wolter’s tenure, including the acquisition of Missoula’s Community Medical Center last year.

“I’ve never thought about what I do as business. It’s a profession. It’s taking care of people who need health care,” Wolter said.

While the complexity of health care keeps growing, Wolter said doctors and other providers need to also remember the basics.

“Having some sense of the patient and the family come first. Most of what you need to try to do as you develop your career, is putting the people you’re taking care of first. That’s the number-one thing,” he said.

Wolter graduated from Carleton College in Minnesota with a degree in English, which he said provided him a unique background to relate to others in the field.

He said he views his induction into the Business Hall of Fame as a victory for his whole organization.

“I look at this as a recognition of Billings Clinic. We’ve had so many excellent physician leaders that have worked with me. This recognition is a result of their work and the work of the team.”

‘It’s all about people’

Terry Payne earned $1.50 per hour in his first job in the insurance industry as a gofer in Missoula, shortly after graduating the University of Montana.

In 1972, he launched his first independent firm, Terry Payne & Co., which had only two employees.

Humble beginnings, for sure.

Now that firm he founded, known as PayneWest Insurance has 700 employees in 31 offices in Montana, Idaho, Washington and Oregon.

“It’s all about people. We’ve been blessed and constantly work on having talented, committed colleagues working for the companies. And people make the difference,” Payne, 75, said in a telephone interview from his hometown of Missoula.

Payne became chairman of PayneWest board after his company, Payne Financial Service, acquired Western States Insurance and expanded outside Montana. PayneWest is the largest privately held insurance firm in the Northwest.

Throughout his career, Payne has emphasized the three C’s: clients, colleagues and community. They help give direction to his employees, he said.

“If we have people that are committed to the three Cs and exhibit the characteristics of our core values, then we’ve got winners. How do you know? You just have to wait and find out,” he said.

“Generally speaking, people are decent people. We just want to provide the environment to bring out the best in people.”

In a changing insurance industry, Payne’s biggest challenge is finding and cultivating young talent. In doing so, Payne said the company can leave a legacy of success.

He also gave credit to colleagues for his Business Hall of Fame selection.

“What I hope it does is give people pride in knowing they were the reason that I’m being recognized.

I just lay a framework and provide and opportunity and environment for people to do their best… I’m just an agitator.”

Editor's note: This story has been updated to reflect the correct name of Karen Fagg's husband and the correct spelling of Carleton College in Northfield, Minn.

With 2 new tenants, Shops at Shiloh Crossing on Billings' West End is full

Kirsten Harper and Becky Salyer have different backgrounds and different reasons for coming to Shiloh Crossing on Billings West End, but they’…

Fun at the Get Air trampoline park

Fun at the Get Air trampoline park

Billings Clinic CEO Dr. Nicholas Wolter puts a white coat on resident Felipe Martignoni during a ceremony in June 2016. Wolter began at Billings Clinic, before it merged with Deaconess Medical Center, as a physician in 1982.

Karen Fagg is shown outside the new Catholic school on Monad Road. She is a board member for Billings Catholic Schools. Fagg is being inducted into the Montana State University-Billings Business Hall of Fame.

Terry Payne is chairman of the PayneWest Insurance board and a 2016 inductee in the Montana-State University-Billings Hall of Fame.