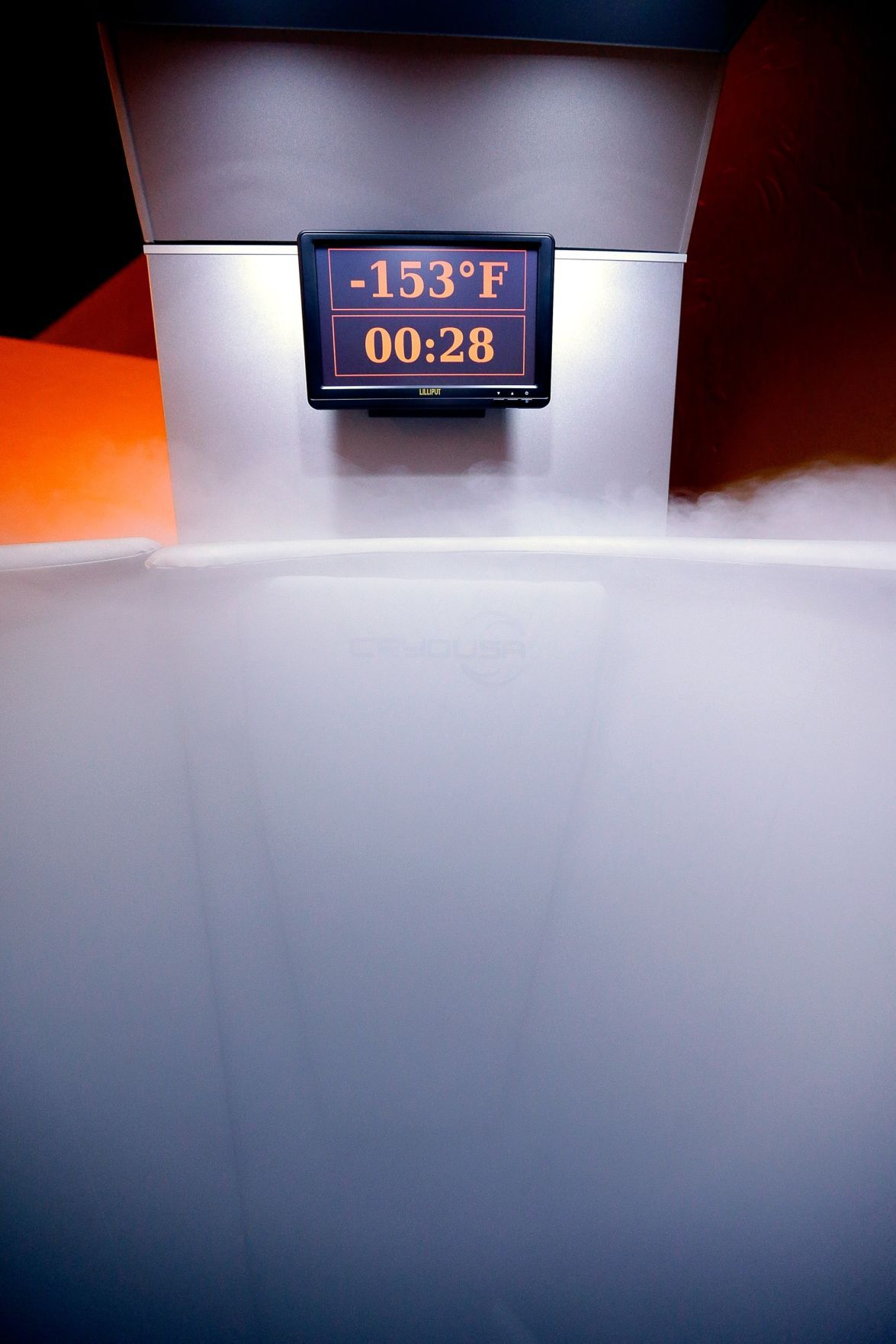 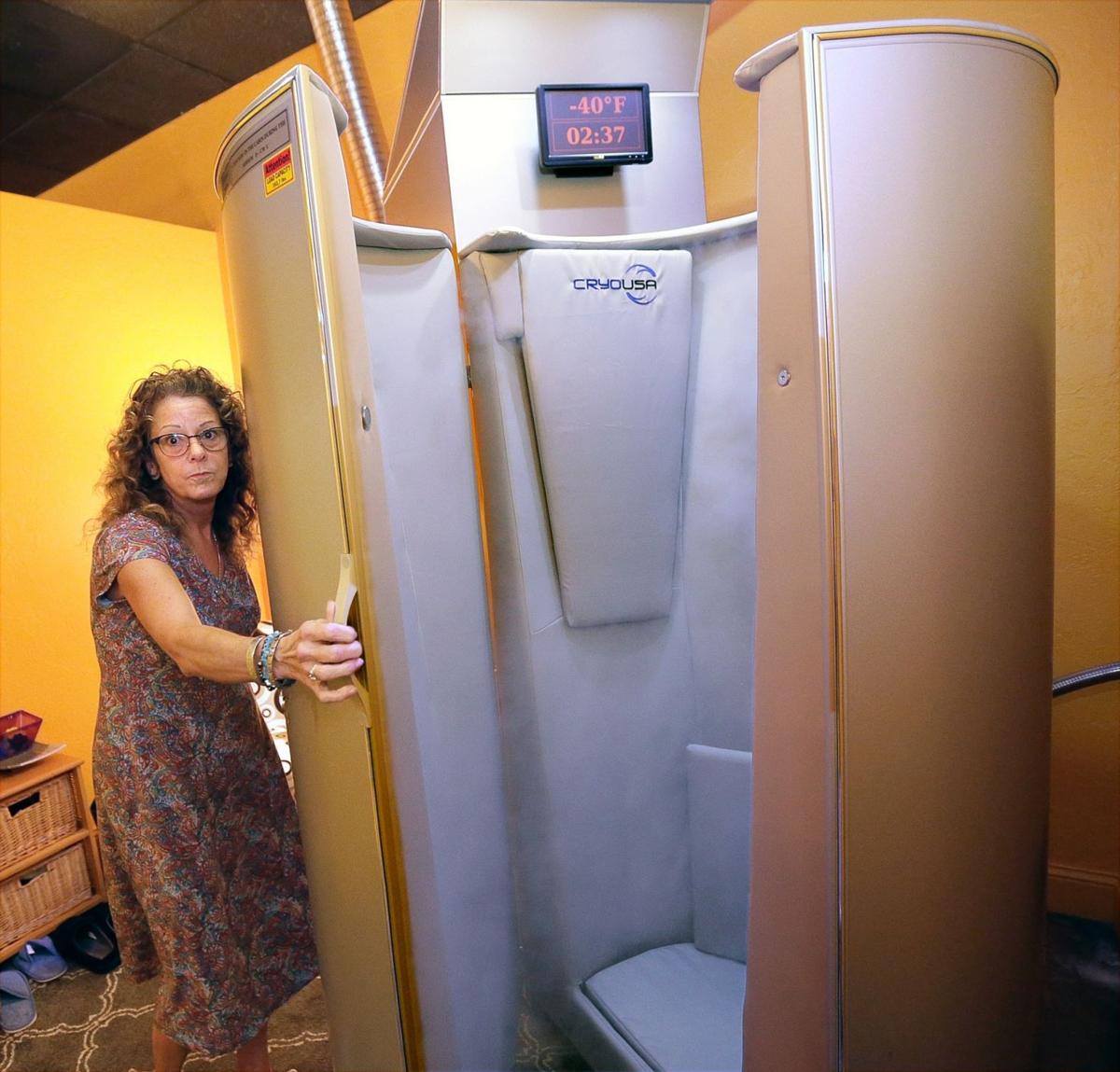 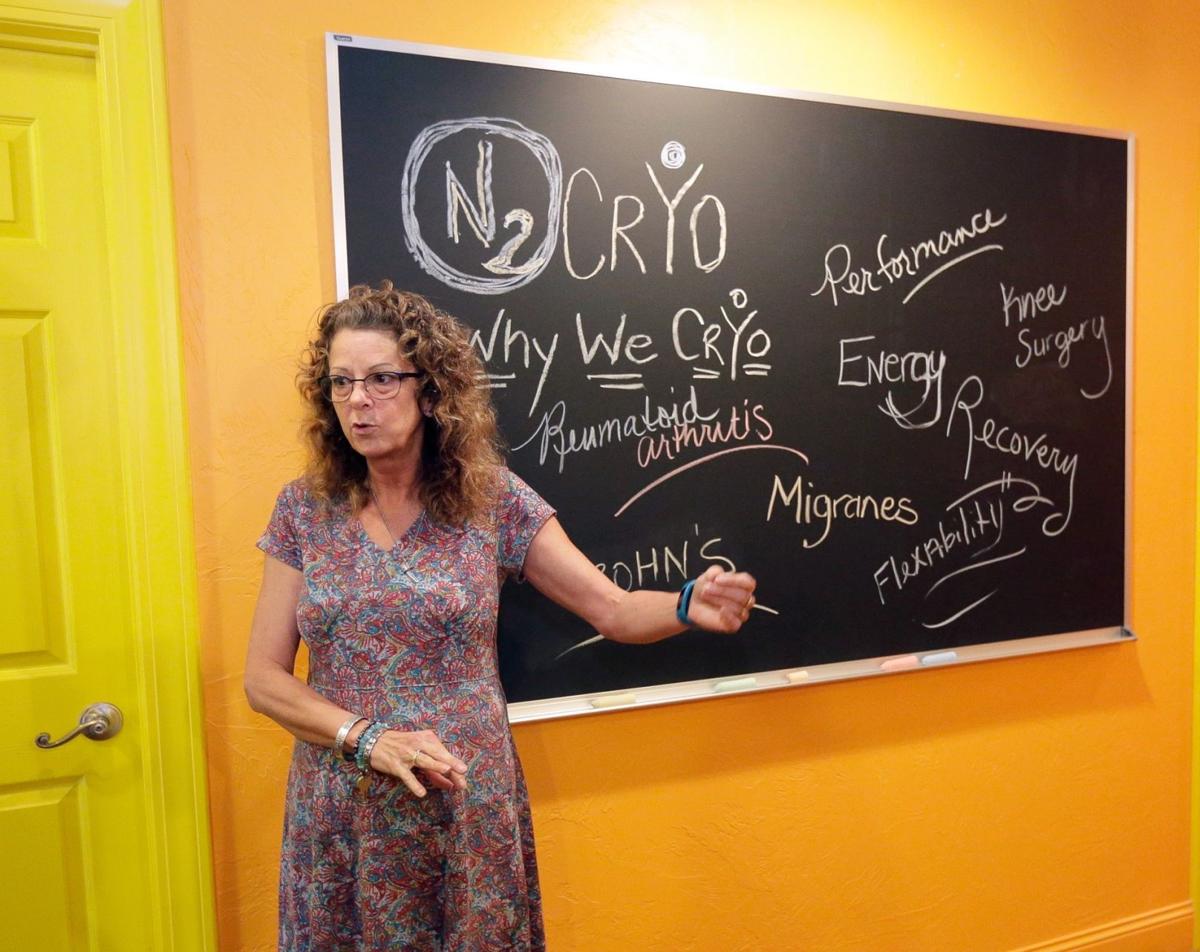 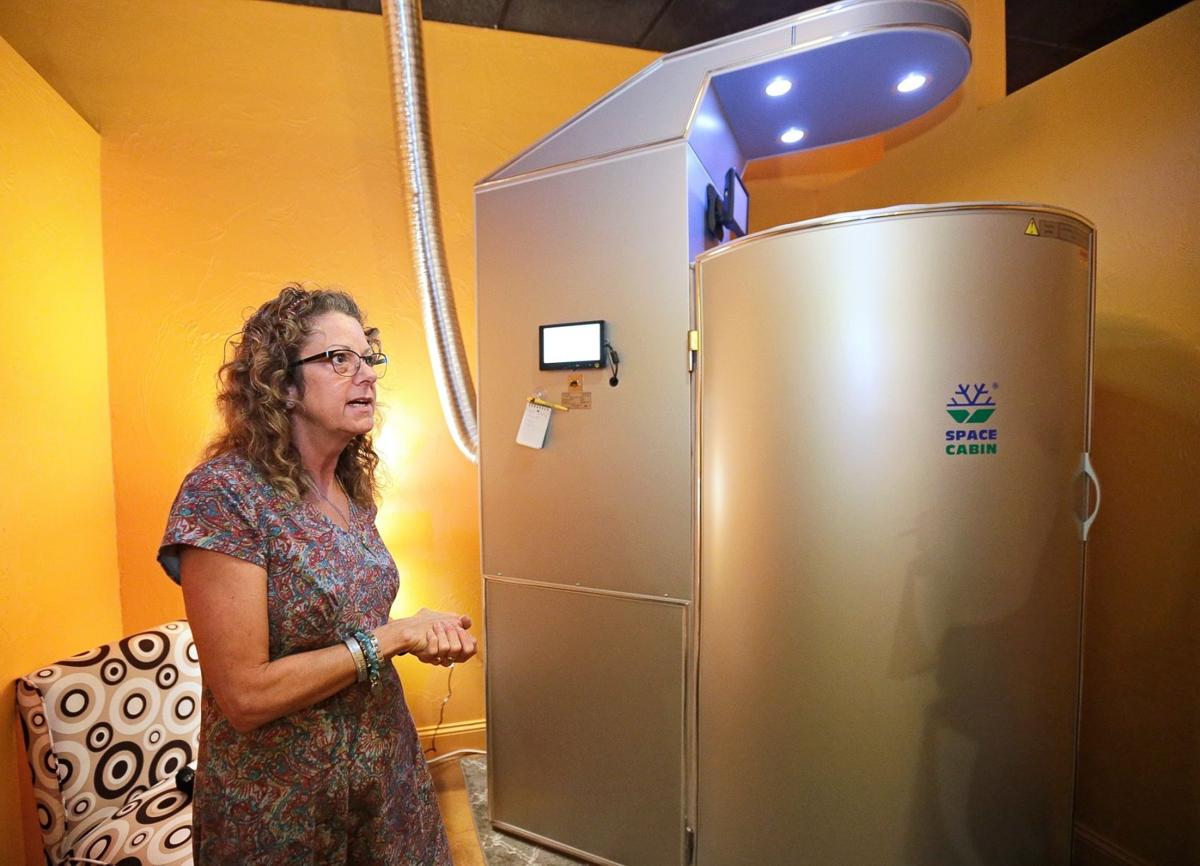 After years of sitting in office chairs, Cindy Graf had developed pain in her sciatic nerve in her lower back.

Graf, 54 of Billings, lived with it until she heard a radio ad promoting cryotherapy, a treatment using extreme cold to relieve pain. During a trip in Texas, she tried it out.

Graf said she only lasted 30 seconds in the cryotherapy chamber the first time, but she felt better immediately. Her husband, Michael, had suffered from chronic knee pain for decades, but he couldn’t believe how fast it went away after cryotherapy, Graf said.

“It was like a hitch in his giddy-up that he ignored. But when the pain was gone, he thought, ‘What am I missing?’” she said.

The Grafs launched N2 Cryotherapy on July 5 at 805 24th St. W., Suite 4. It appears to be Billings’ first center for cryotherapy, a pain relief and rejuvenation treatment growing in popularity.

Already common in Europe, cryotherapy is an ancient practice that is just catching on in the U.S. Multiple NBA basketball players use the machines to rejuvenate their bodies, and Hollywood starlets are jumping into the cold in hopes of staving off wrinkles.

Here’s how it works: The extreme cold turns on the body’s emergency survival mechanisms, and blood rushes from extremities to core organs. Oxygen and other nutrients are pushed into the blood, which then resumes its normal flow again back in normal temperatures.

Clients stand in a 6-foot-tall chamber, which is chilled 160 to 300 degrees below zero, depending on tolerance. Sessions last a maximum of three minutes.

For first-timers, the cost is $20 for one session. Clients can buy package deals that start at three sessions for $95.

That first session can be intimidating, and Graf said clients can bring a friend for support.

“Having someone they know (inside the room) helps. It’s very daunting,” she said.

Cryotherapy proponents say it helps with chronic conditions, such as rheumatoid arthritis or fibromyalgia. Athletes say cryotherapy is cleaner, faster and more effective than ice baths, long a staple of training rooms.

Coul Hill, a Billings competitive cyclist, said he would typically sit in a tub full of 12 to 18 ice bags for 15 minutes to soothe his muscles after a tough race.

Hill competes in 60 races a year, and recovery is key, he said. So when he saw that N2 Cryotherapy had opened, he signed up for an appointment.

After one session, Hill, 33, said he was hooked.

“It’s something that I would absolutely continue to use. It doesn’t require as much time as the ice (bath) does because it gets to a much lower temperature faster,” he said in a phone interview from California, where he’s preparing for another race.

That first session was following a 106-mile race, and Hill needed to prepare for another in a few days. He endured temperatures down to 260 degrees below zero but said it wasn’t a problem because he’s used to ice baths.

“Once you do it a couple times, you get desensitized to it. It’s not a shock to the system,” he said.

“The cryotherapy totally had me rejuvenated, not just in my sore places, but in my muscles that I would use again,” Hill added.

Other athletes have come to N2 Cryotherapy for treatment, including a mixed-martial arts fighter and a Rocky Mountain College football player, Graf said.

Side effects are minimal, according to most experts. Moisture on the body could cause freezer burn or frost bite. Graf also recommends clients with heart problems check with a doctor before entering the chamber. Some people have been known to faint in the chamber because of the quick rush of blood, she added.

Cryotherapy has a way to go before reaching mainstream acceptance. The machines are not approved by the Food and Drug Administration as medical devices, which means Graf can’t accept insurance for the treatment.

She said she was certified to operate the equipment by the manufacturer, Cryo USA. No other licensing is required.

Graf said she’s seeing about five clients a day, and she already has an eye on expansion. At 10 clients a day, she plans to hire another employee. If the business grows to 20 people daily, Graf said she hopes to add a second, mobile chamber that could allow her to come to clients.

As a tool to fight the effects of aging, cryotherapy has a chance to grow, according to analysts. The anti-aging market (which includes wrinkle cream, hair restoration and other products) nationwide is expected to grow 7.8 percent annually through 2019 to $191.7 billion, according to analyst firm Transparency Market Research.

Graf said she decided to start the business after her seasonal layoff last winter from Scott’s Lawn Service, where she’d worked for five years. She credits her former employer for giving her knowledge to start her own business.

“It was an incubator for us to get this going,” Graf said.

She invested about $60,000 to start the business, financed partially through a loan from Texas-based Cryo USA. Most of the costs went to purchasing the chamber and creating a relaxing lobby and waiting room, which includes two massage chairs in front of a flat-screen TV.

While athlete and celebrity endorsements help boost business, they can also be notoriously fickle. So is cryotherapy a fad?

Graf said she doesn’t think so. She said she’s more excited for its potential as an alternative for people to manage pain.

“I want to be able to get people off medication,” Graf said.

Ingenious ways to earn income from your property

Ingenious ways to earn income from your property

Reasons opening a Health Savings Account (HSA) will save you

Reasons opening a Health Savings Account (HSA) will save you