She traveled to powwows across the country and Canada with her family, where she began to collect inspiration from her heritage and upbringing within the Crow Tribe.

In 2015, Big Hair-Stump decided to start her own fashion line, Designs by Della, accenting skirts and gowns with bright colors, symmetrical designs and other traditional additions like bead work and dentalium shells to contemporary styles.

Her work has been seen in Teen Vogue Magazine and in this year’s Paris Fashion Week. On Wednesday, she was able to show people close to home who she is through her designs at a fashion show hosted by the Native American Development Corporation at the Billings Hotel & Convention Center.

The show is part of the 11th annual NADC Economic Development and Procurement Conference.

“I started learning the Crow designs and how to do it,” Big Hair-Stump said. “I always want to represent who I am. I’m Crow.”

The fashion show featured five designers who have meshed unique tribal dress with contemporary fashion. Taeshon Scheaffer, 17, from the Fort Belknap Reservation was able to show a few of her pieces, while others from tribes in North Dakota and Arizona demonstrated their heritage in their unique lines.

Business owners in the fashion industry were able to set up booths and sell their craft, said Cora Chandler business manager for the NADC.

“With the fashion show, we really want to highlight our entrepreneurs who are artists through their bead work, silversmith, or people who are selling their crafts,” she said.

Scheaffer discovered her passion for design when she created her own prom dress and her boyfriend’s tuxedo last year. During the fashion show, two dresses and a ribbon skirt were worn by models down the runway.

“We’re mixing modern with traditions,” Scheaffer said. “I think a lot of people don’t know where Fort Belknap is, and someone needs to go represent for them and put them on the map.”

Norma Baker Flying Horse was another designer for her line Red Berry Woman. She’s an enrolled member of the Hidatsa tribe in North Dakota and has ties to the Dakota Sioux in Montana and the Assiniboine tribe in Canada.

Her work demonstrates floral patterns, dentalium shells, buckskins and Dakota Sioux-inspired bead work. Two years ago, a dress she designed was worn at the Oscars, making her the first native contemporary fashion designer to have her gown worn at the event.

Baker Flying Horse said that native fashion allows designers a way to reclaim what was stripped from many Native Americans as cultures and fashion were westernized.

“We fought to maintain those things,” she said. “I think it’s really a balance. Native fashion balances what we once were on an everyday scale and the mainstream, contemporary garments.”

Loren Aragon is a designer from Arizona who incorporates a lot of his Acoma Pueblo heritage into his ACONAV fashion line.

“We are a celebration of the strength and empowerment of women worldwide, and that is through positive ideas that are expressed through my fashions,” he said. “These ideas come from what the Acoma Pueblo people believe in.”

His line demonstrates the matrilineal-based culture, along with the Acoma Pueblo people’s fine pottery designs, like flowers and geometric shapes. The red sash, which symbolizes adulthood, is also used in his work.

“It opens the eyes of people thinking that native fashion is just feathers and fringe, and it’s definitely way more than that,” Aragon said.

Chandler with NADC wants fashion to show that there are opportunities for Native Americans to showcase their work and see potential in their passions. Recently, Fort Belknap declared a state of emergency as suicide rates on the reservation climbed over the last 18 months.

“We don’t want that to be the focus on what’s going on in Indian Country today,” said Chandler, who is also from Fort Belknap.

The ticket sales help support the designers, their work and their ability to travel from place to place to showcase their work.

MANDAREE, N.D. — It's a dream come true for Norma Baker Flying Horse — and any designer — to have one of her fashion designs worn at the Acade…

Money intended to fight violence against Native women in Montana once again got diverted into a fraud scheme in 2017 and 2018, according to ch…

When Sandy Schafer graduated from high school in 1987, she dreamed of attending Blanco Blanco Cosmetology School in Billings and owning a salon.

Crow storyteller to be honored with arts fellowship in Washington, D.C.

Traditional Crow storyteller Grant Bulltail will be honored this week in Washington, D.C., as one of the National Endowment for the Arts 2019 … 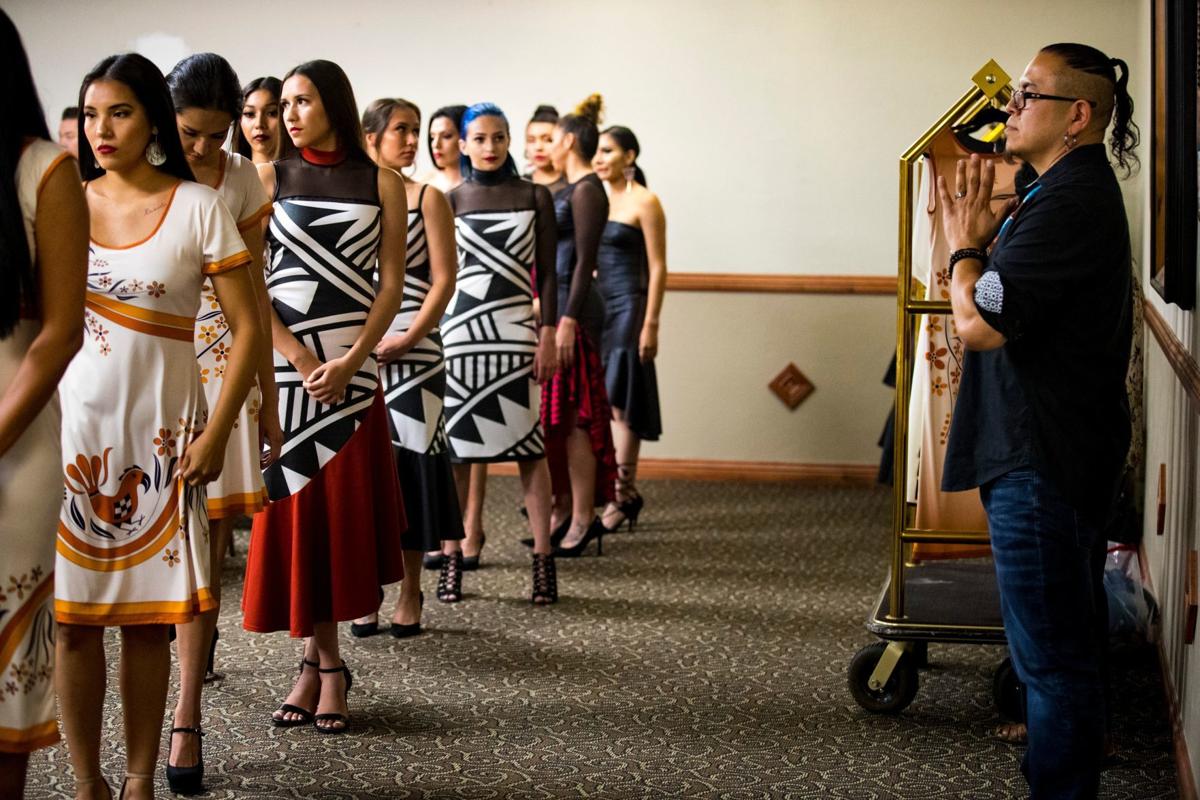 Designer Loren Aragon, right, has the models line up backstage during the fashion show at the Native American Development Corporation's Conference at the Billings Hotel & Convention Center in Billings on Wednesday. 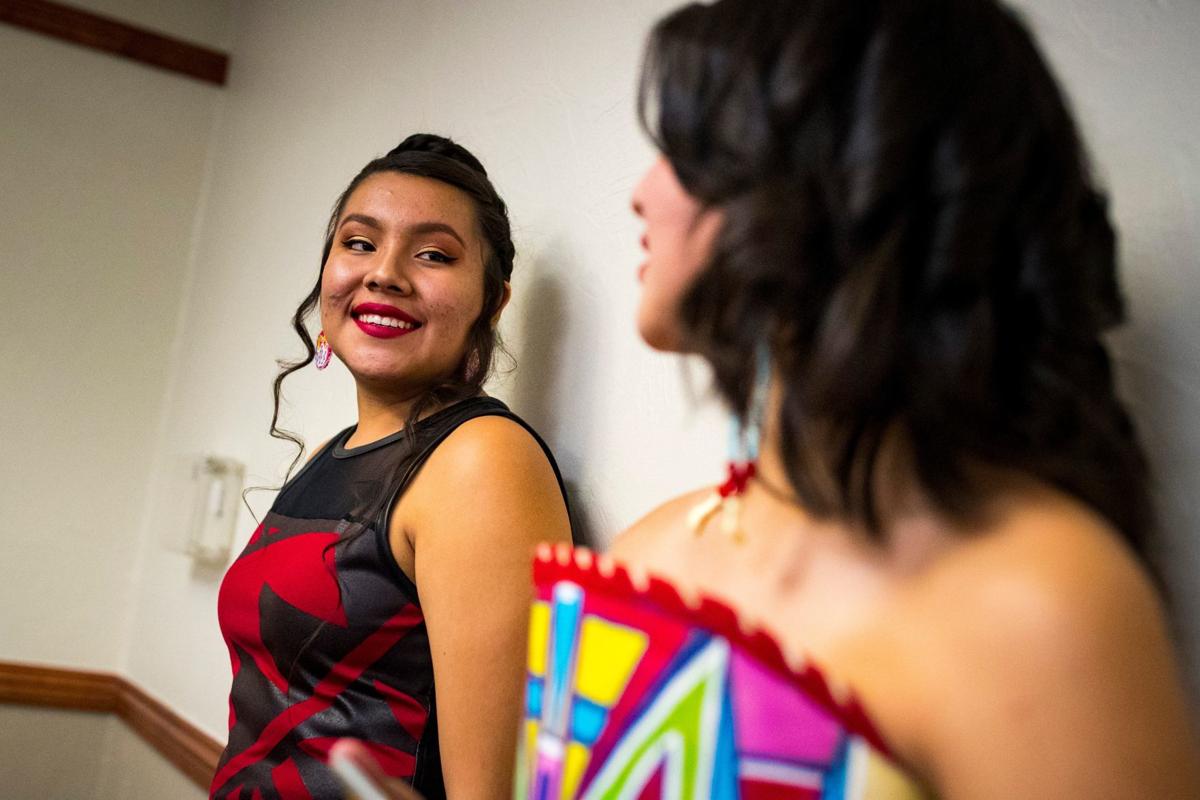 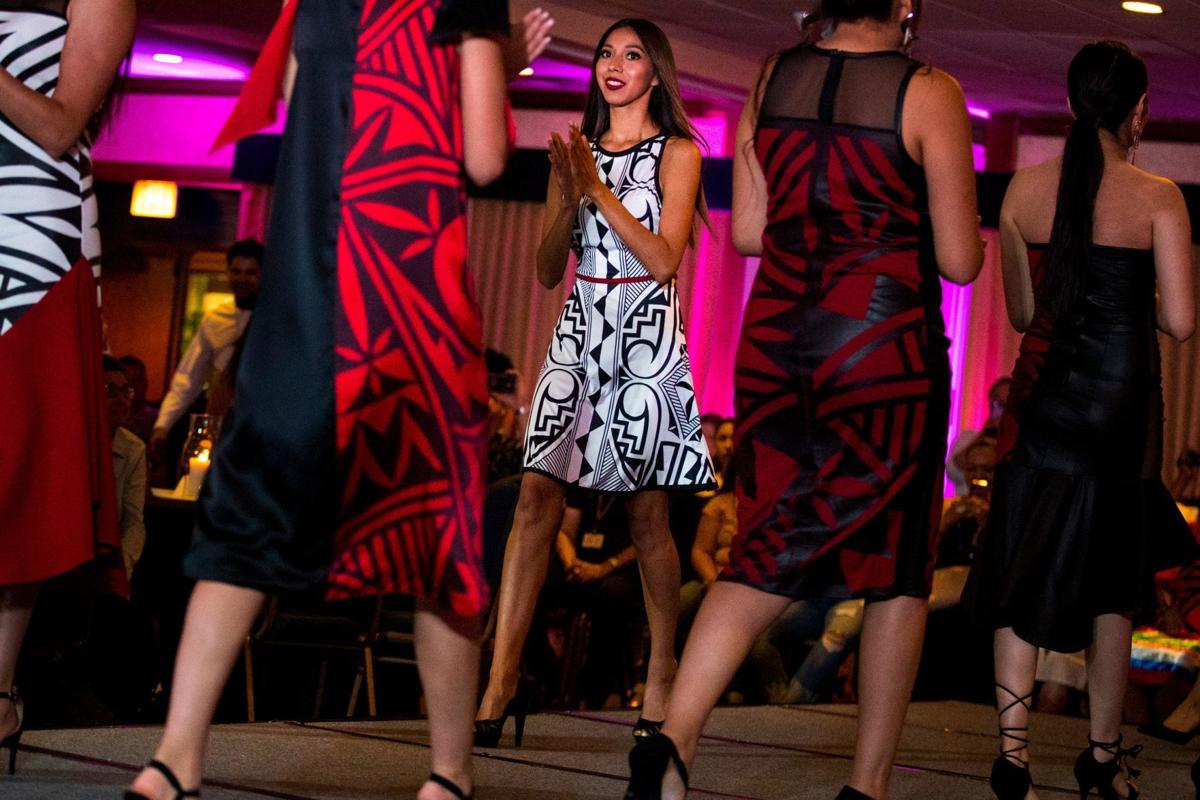 Lydia Skahan, facing, wears a dress by designer Loren Aragon during the fashion show at the Native American Development Corporation's Conference at the Billings Hotel & Convention Center in Billings on Wednesday.