GRAND FORKS, N.D. — Just over two months after losing his brother to a work site accident, Aaron Castoreno can’t shake the feeling that the death was avoidable.

Jared Jay Castoreno died March 29 in a work site accident at a home renovation on Earl Circle on the south end of Grand Forks. He was 30. His death remains under investigation by the U.S. Department of Labor’s Occupational Safety and Health Administration.

North Dakota is the deadliest in the nation for laborers per capita, according to an annual report from the AFL-CIO, the largest federation of unions in the United States. It ranked North Dakota 50th in its comprehensive report on labor deaths in the U.S. in 2015, the fourth time in the past five years North Dakota topped the list.

“If he was working in a different state, he’d still be alive,” Aaron said.

Last week, 58-year-old Richard G. Bruce, of Grand Forks, died after falling through garage rafters 10 feet onto a concrete garage floor at a home construction in East Grand Forks, Minnesota. Minnesota recorded 74 work-related deaths in 2015, a rate of 2.7 per 100,000.

OSHA investigated six work-related deaths in 2016 in North Dakota, according to state director Eric Books. So far they’ve investigated or are investigating four deaths in 2017, one oil and gas-related, a number Brooks described as historically low. OSHA measures years using the October through September fiscal calendar.

Brooks said North Dakota ranks low in part because of its low population and the nature of many transient workers converging on the state’s oil fields in the first half of the decade. Still, he noted, that’s no excuse for workplace deaths.

“I have to believe zero is achievable; otherwise, we have to accept the cost of doing business in America costs somebody’s life,” Brooks said.

OSHA investigates accidents from private sector employers unless the death is traffic-related. In 2015, 60 percent of occupational deaths in North Dakota were transportation incidents. Nationwide the rate was 40 percent.

Brooks said OSHA would be making the findings of its investigation into Jared Castoreno’s death public next week. Should the agency find the employer failed to comply with federal safety standards, it can issue a citation.

“We’re really looking at the culture change,” he told the Grand Folks Herald. “When we talk settlement, our main goal is abatement. What are we doing to make sure this won’t happen again?”

“He was under pressure from the company to do the work, no matter the consequences,” Aaron Castoreno said.

Calls by Forum News Service to Civil Contracting Services were not returned.

Castoreno said he believes companies are cutting corners on safety to boost their bottom lines.

“They’d rather not spend the extra time and money to make sure people go home safe,” he said.

Lt. Brett Johnson said the Grand Forks Police Department has closed its investigation into Castoreno’s death and did not find evidence to bring criminal charges against the employer or homeowner.

North Dakota’s death toll peaked in 2012 with 65 employee deaths. Shortly after, Brooks recalls being at a Perkins restaurant in Minot with other OSHA employers and deciding something had to change.

He said OSHA has worked in the state with oil and gas companies to improve safety in the Bakken.

Up until 2015, Brooks said about half the occupational deaths OSHA investigated were oil and gas-related. In 2016, it dropped to one-third of the cases.

“Employers are responsible to provide safe workplaces,” Brooks said. “We’ve seen a lot of evolution, a lot of change in the last four to five years.”

Still, North Dakota lacks the number of inspectors to ensure federal guidelines are being imposed by work site supervisors day in and day out. In 2015, the AFL-CIO found North Dakota had just seven work site inspectors compared with 437,072 employees, and that it would take 101 years for OSHA to inspect all job sites in the state.

Aaron Castoreno said his family is organizing to change labor laws in North Dakota and make sure regulations are being followed. They met with the governor’s office and were encouraged to get a petition circulating to get a new law passed in 2019, he said. The family has a Facebook page titled “Justice 4 Jared” and is attempting to organize a memorial bike ride for Jared this summer. They hope pressure on the issue will save other families from pain.

“We don’t want anyone else to get killed or hurt out of sheer stupidity,” Aaron said.

“I have to believe zero is achievable; otherwise, we have to accept the cost of doing business in America costs somebody’s life.”

OSHA's director for the state of North Dakota

A man died Tuesday evening at Knife River construction on Shiloh Road, where the company's Billings headquarters is located.

Five Chinese Companies to Delist From US Exchanges

Why you should reframe your relationship to money

Why you should reframe your relationship to money 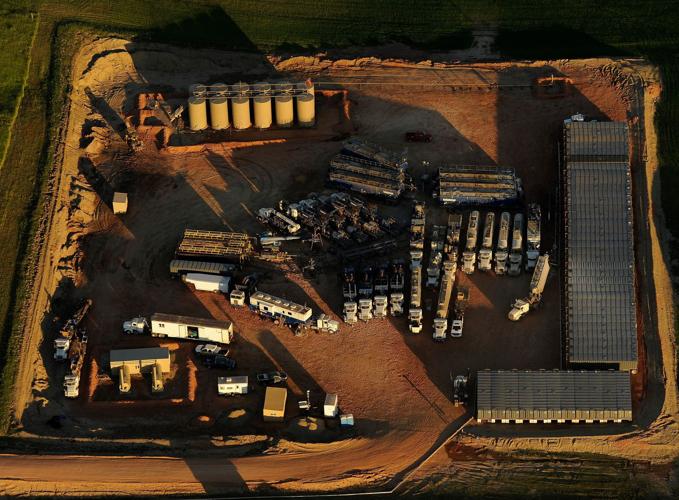 In a photo from June 29, 2013, a fracking operation is underway as Bakken oil field activity near Williston, North Dakota, transforms the landscape. 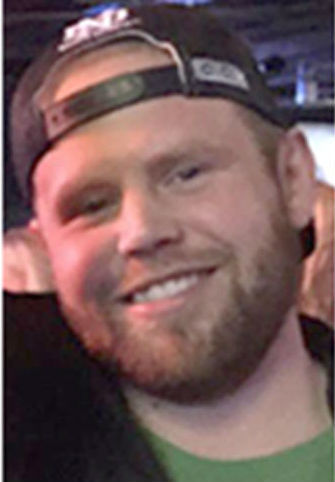