Packers vs. Rams: Follow the latest scores and updates from the NFL playoffs

The Dancing Wind Ranch, located close to the small berg of Pine Creek in the Paradise Valley, topped the competition this year. More than 121,000 people voted as three homes for sale were shown each week.

“We’ve gotten quite a bit of interest as a result of that article,” said Jim Taylor, the listing agent for Hall and Hall.

Last year, a 16,113-square-foot manor in the exclusive Yellowstone Club at Big Sky won the contest. That home had been featured in a 2015 episode of “Keeping up with the Kardashians,” the television glam girls who made headlines by crashing their vehicle on icy roads while visiting the Big Sky State.

“I was flabbergasted,” he said. “There’s no question that Montana does appeal to people.”

The 1,749-acre Dancing Wind Ranch is listed for $12 million and claims to have had few owners since it was first settled. According to Hall and Hall, the Realtors listing the property, the ranch was established in the 1870s by the Allen family who gifted it to Albert Allen when he married Margaret Shorthill.

Her father was reportedly one of the first to mine in the Emigrant Gulch area in 1864. An injured Civil War veteran on the Union side, David R. Shorthill settled in the valley to farm and ranch in 1880 after retrieving his family and joining a wagon train that used the Bozeman Trail.

The Dancing Wind Ranch is now owned by Tamra Call. She and her now-deceased husband, O. Jay Call, bought the acreage in the early 1990s as a retirement property before investing in additional land and new buildings, according to a 2017 Bloomberg Pursuits story.

Osborne Jay Call was the founder of Flying J truck stops. He died in March 2003 at the age of 62 when a Cessna Citation jet he was piloting crashed near Sun Valley, Idaho. Two other passengers also died in the crash.

Call was born in Star Valley, Wyoming, and built his travel plaza business up before branching out into refining, insurance and banking. When he died, Call’s Ogden, Utah-based company employed more than 11,000 workers and had annual sales of $4.6 billion, according to the Deseret News, which called him “one of Utah’s most prominent entrepreneurs and businessmen.”

The working cattle ranch runs about 230 cows plus bulls and horses, according to Hall and Hall. A separate ranch manager home and second home are located on the western side of the property. Up in the foothills of the Absaroka Mountains is the owner’s residence, an 8,300 square foot stone and timber three bedroom home with a 2,100 square foot granite patio. The home, designed by Livingston architect Jonathan Foote, was built in 1997.

Some of the other selling points touted for the property are its variety of huntable wildlife as well as the fact that there are no conservation easements encumbering the land from subdivision or further development.

The Wall Street Journal poll ranked a $9.2 million 11,000-square-foot lakefront home in Lake Placid, New York, as No. 2 while a 13,422-square-foot beachfront home in Maui selling for $28 million took third.

The article noted that high-end properties, like the Dancing Wind Ranch, have been slower to sell than in 2014 and 2015, partly because prices continue to climb, which means fewer people can afford them. California, Hawaii and Colorado are three states defying that trend, the newspaper said.

The asking price for the Dancing Wind Ranch has dropped from $27 million when it was first listed in 2010, according to the Wall Street Journal. In 2016 that price was cut to $15 million before falling this year to $12 million.

“It’s hard to get paid for an expensive home on a ranch unless it’s exactly what somebody wants, which more often it’s not,” said Taylor, of Hall and Hall. “When you get out on a ranch, people aren’t looking for a house.”

Taylor said the current asking price is about what the Calls put into improvements.

“We’ve got three ranches with no conservation easements for sale right now and all have big expensive houses on them and they are not selling,” Taylor said. “And they are substantially discounted.”

Despite the difficulty in selling ranches with high-end homes, Taylor said that, overall, working ranch sales have remained fairly steady in Montana, even with cattle prices falling.

“It’s not easy, people aren’t throwing money at anything,” he said. “Most deals are pretty hard fought.”

While the Atlanta Falcons football team has been working to reach the Super Bowl, its billionaire owner Arthur M. Blank has been busy acquirin…

Cowboy gives thanks for horses the only way he knows how: by breaking them

PARADISE — It’s just another day in Paradise for cowboy John Thompson, whose “ranch” is a corral squeezed between Montana Highway 200 and the …

Here are the obituaries published in the Billings Gazette the week of Jan. 29-Feb. 4.

A man was killed Thursday morning when the oil rig on which he was working exploded north of Baker.

A week after someone left a stack of anti-gay pamphlets at a gay-friendly church in Billings, more messages appeared in and around the buildin…

A man was robbed Friday night as he was walking into the Heights Walmart store.

A fundraising campaign sparked by last year’s wildfire season has distributed more than $600,000 primarily to volunteer fire departments in Montana.

When Helena's controversial Confederate fountain was removed from Hill Park last summer, there were no plans to install a new monument in its place. A Helena resident is hoping to change that.

KALISPELL — Glacier National Park in Montana is proposing to lease some historic cabins on Lake McDonald in an effort to preserve the structures.

Snowfall to continue into Monday evening

Another 3 to 4 inches of snow is expected to continue falling through Monday morning, after close to a foot already fell in Billings over the …

Grand Market, the now-vacant convenience store on the corner of Grand Avenue and 15th Street West, is the eastern-most outpost of what was onc…

Snowstorm hits much of Montana, another on the way

A Montana businessman whose U.S. Senate campaign is chaired by the wife of Interior Secretary Ryan Zinke has outraised and outspent his Republ…

A federal judge has ordered a Denver woman to remain jailed in North Dakota while she awaits sentencing for shooting at law officers during protests against the Dakota Access oil pipeline. Judge Daniel Hovland refused to grant a request by 38-year-old Red Fawn Fallis to be returned to a Fargo halfway house from which she went missing for an entire day last month. Fallis' attorneys had argued that aside from the one slip-up, Fallis had been an "exemplary" resident.

MANDAN, N.D. — Authorities say a father and his adult son have been arrested after sheriff's deputies found drugs worth more than $1 million i…

BOZEMAN — Khloe and Kim Kardashian are safe after the vehicle they were in slid off a Montana road and into a ditch on Saturday.

From Trail Creek Road, Erik’s Ranch looks like many of the western-style mansions in the Paradise Valley. The sprawling main house sits above …

DENVER — From its headquarters in Washington, D.C., the U.S. Bureau of Land Management oversees some of the nation's most prized natural resou…

U.S. government officials are moving forward with a plan to block new gold mining claims for 20 years on more than 30,000 acres of public lands north of Yellowstone National Park.

Although the novel coronavirus has been the death of some businesses, it appears Montana ranch sales are cruising along at a heated pace.

More Colleges To Reopen This Spring

More Colleges To Reopen This Spring 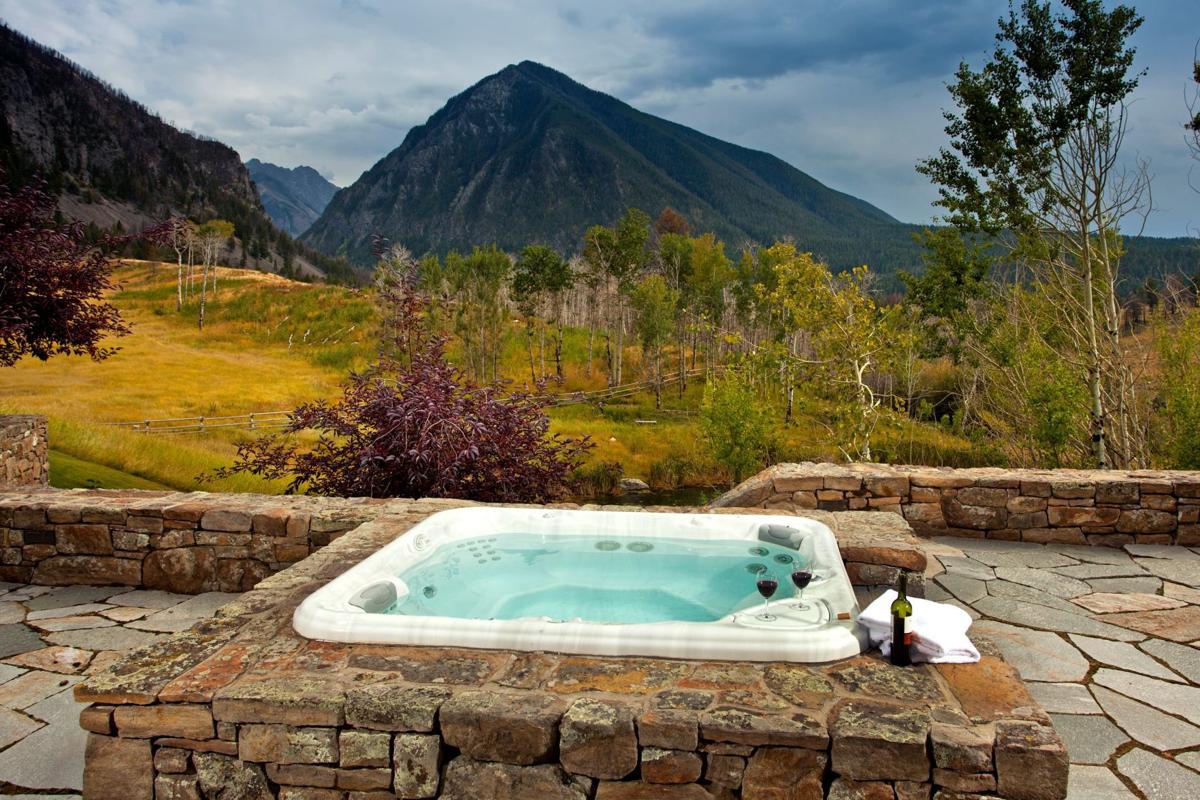 From the expansive stone deck this hot tub provides views of the Absaroka Mountains.

The owner's residence was built in 1997 overlooking the Paradise Valley from the foothills of the Absaroka Mountains. 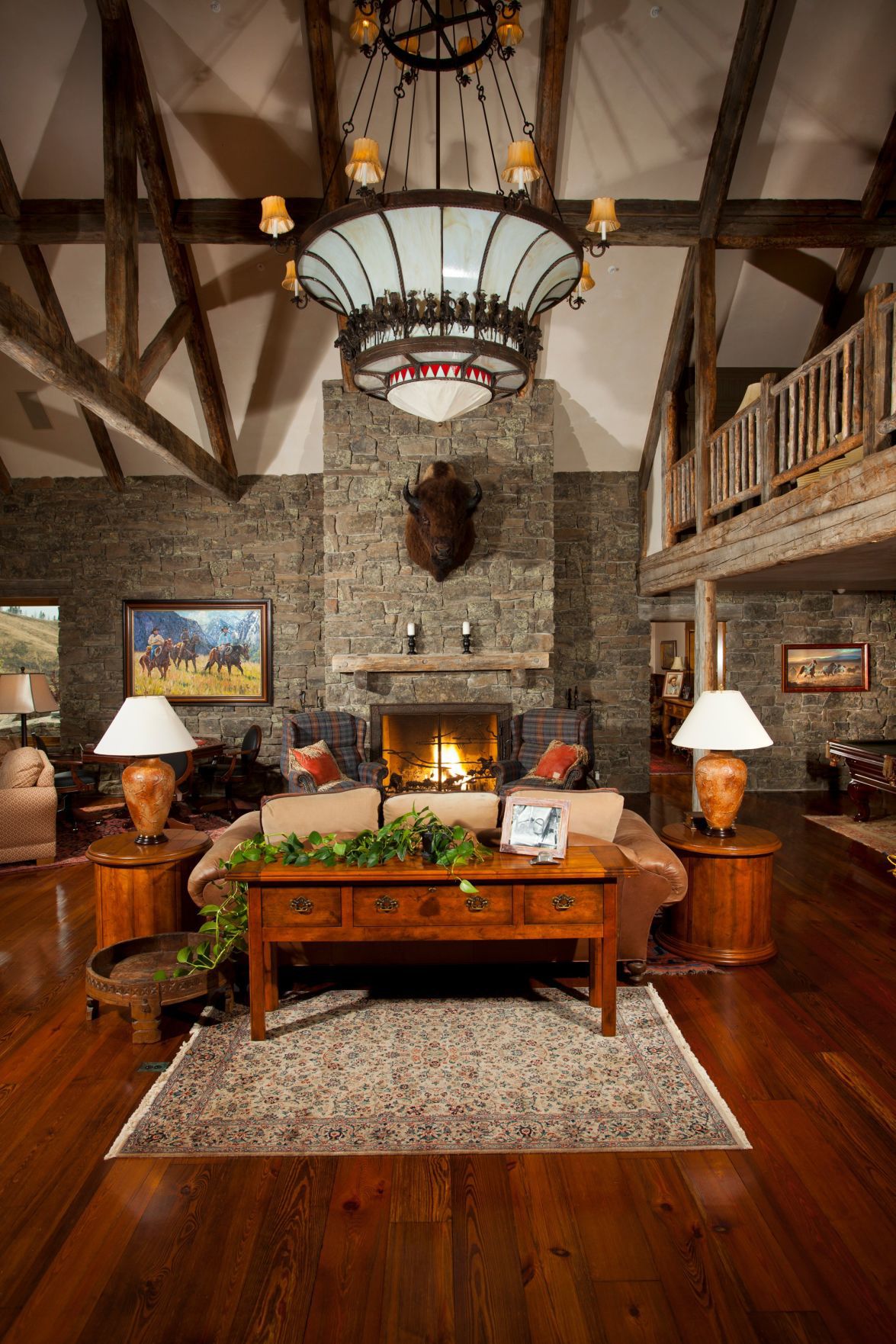 The great room has elevated ceilings that are pickled white, with old weathered beams creating contrast and making for a very light atmosphere. 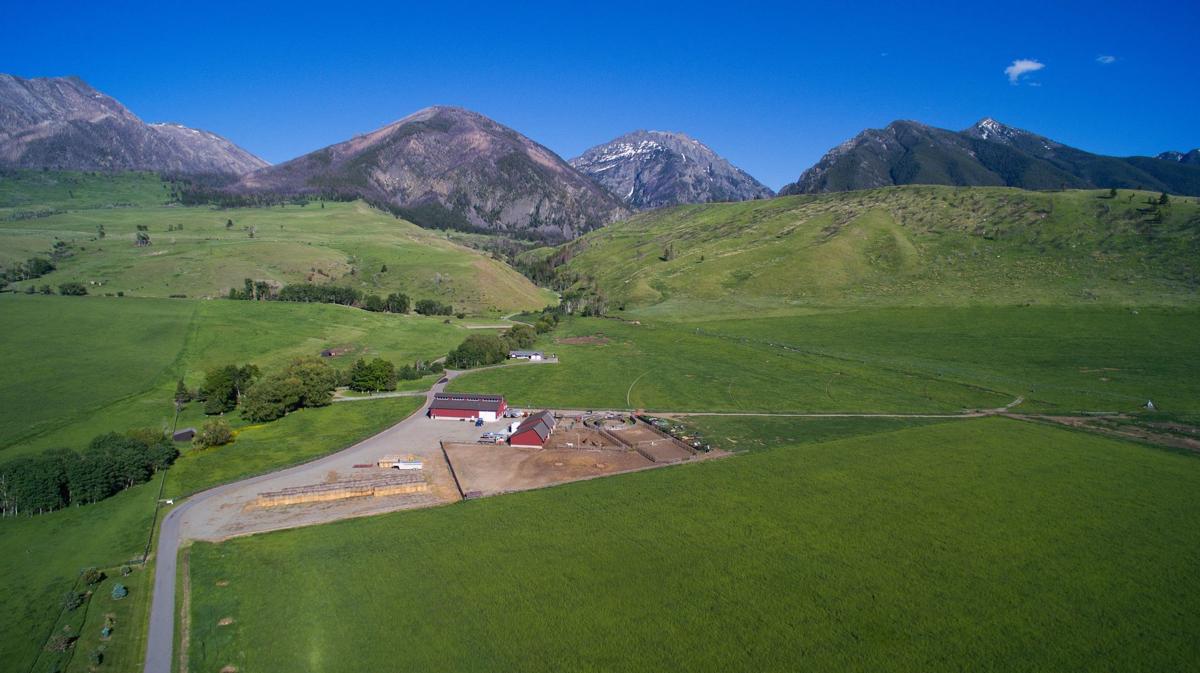 The working ranch includes separate quarters for the ranch manager, a second home, barns, corrals and a shop big enough to fit a helicopter. 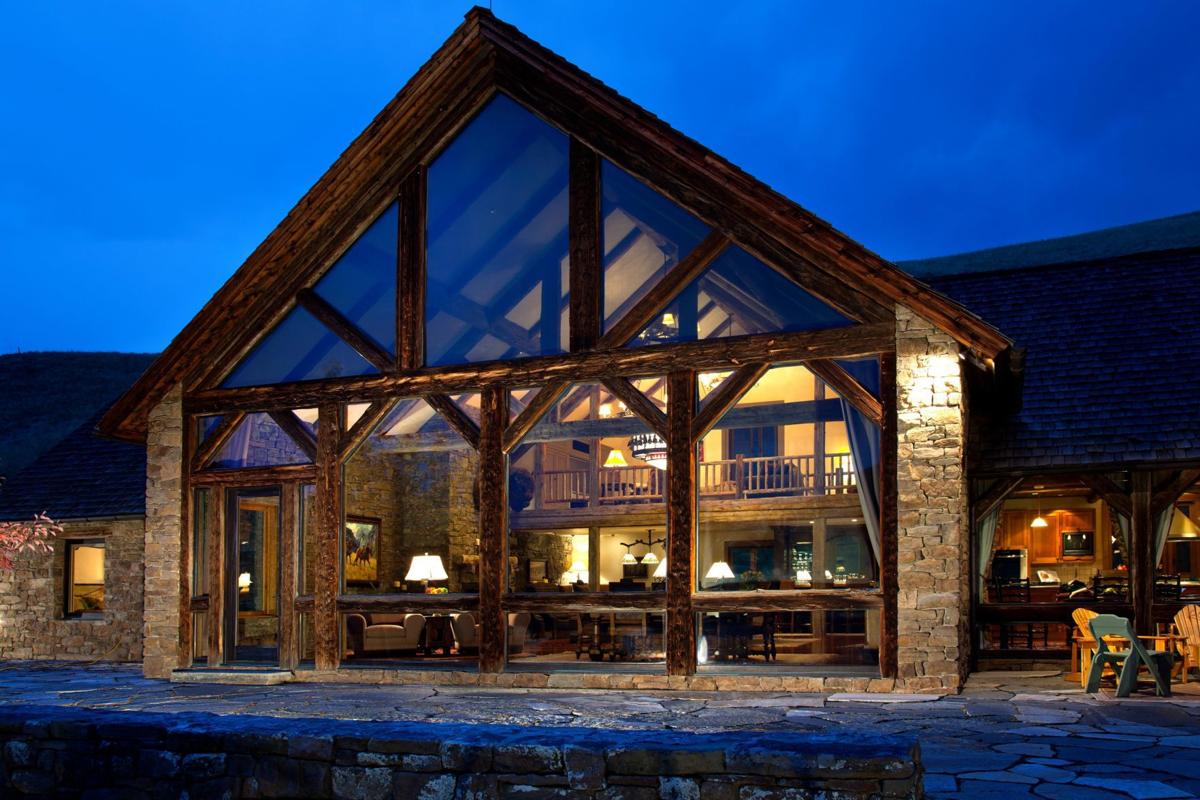 The house is long – running from east to west, offering a massive bank of windows with a predominantly southern exposure.