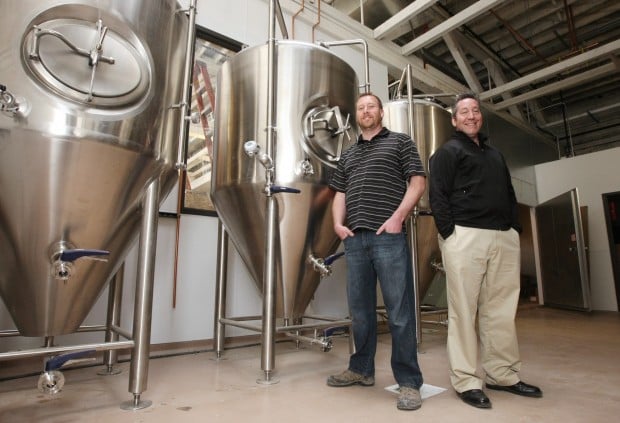 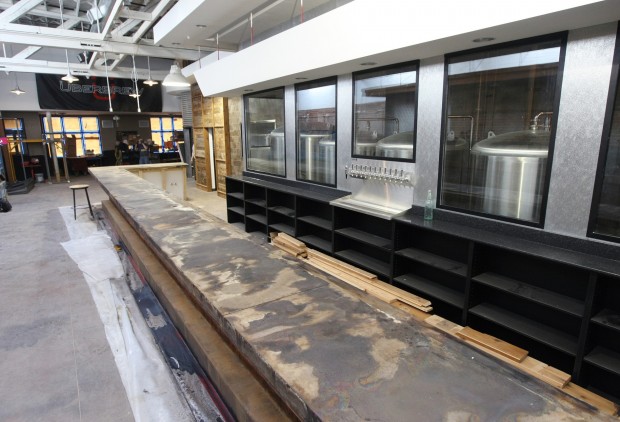 The latest Billings brewery, called Überbrew, plans to open next month next to Venture Theatre on Montana Avenue. 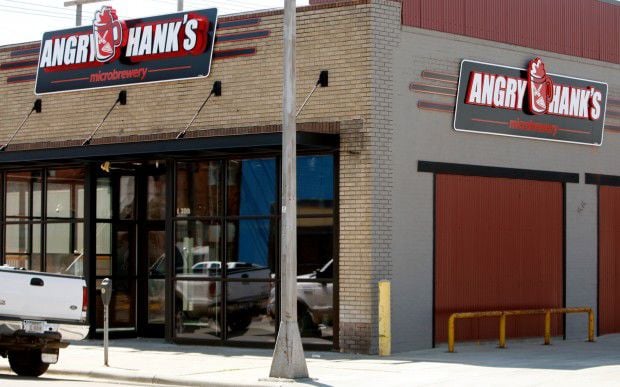 Angry Hank’s Microbrewery on First Avenue North and North 30th Street is nearing completion. This is the second craft brewery in Billings owned and run by Tim Mohr.

Despite strict Montana regulations that limit the business hours of most brew pubs and restrict the flow of beer to three pints per customer, selling craft beers is profitable enough that a sixth pub is opening in downtown Billings.

By early June, when award-winning local brewer Mark Hastings and his partner Jason Shroyer open Überbrew at 2305 Montana Ave., Hastings will fulfill the dream he’s nurtured for two decades — from the first time he mixed up malted grains, water and hops.

The brewery boom in Billings tracks a national trend of growth so rapid that brewers must wait months for their brewing tanks to arrive.

In 2011, the U.S. craft brewing industry sold 13 percent more beer and ale than the previous year and revenues grew by 15 percent, according to the Brewers Association. Another 250 U.S. breweries opened last year, while 37 closed for a net gain of 213 breweries.

“This microbrew thing is on fire all across the country. All the manufacturers are backed up and it took us eight months to get our brew house,” said Tim Mohr, who is about to open a second pub at First Avenue North at North 30th Street, just six years after he opened the original Angry Hank’s six blocks away.

In another historical building almost touching Angry Hank’s, Dennis Himmelberger has made serious progress on his first brew pub and coffee shop. After buying the property at 3008 First Ave. N. last summer, Himmelberger had hoped to open in January, but blew past that date due to delays related to building codes and health department rules.

“It’s a day at a time. We’re just trying to keep progressing and we’re proud of what we’ve done so far,” said Himmelberger, a former Montana legislator who has been brewing beers for 18 years out of a home on Custer Avenue.

Hastings was the first master brewer at the Montana Brewing Co., which opened in 1996. His hoppy beers have won major awards.

Opening the Sleeping Giant Brewery in Rimrock Mall, which was packed during Grizzly football games but nearly empty the rest of the week, taught Hastings what not to do, he said.

After Hastings met Shroyer, another home brewer who loves music and physics, the idea of opening Überbrew started fermenting.

“One day Hastings said, ‘I’m thinking about opening a brewery. Do you want in?’ ” Shroyer said. “I said, yes, about that fast.”

Finalizing their business plan took two years of meeting every Monday at McCormick’s Café. Shroyer will run Überbrew’s business affairs and handle the live music, including jazz bands. After managing Mackenzie River and most recently The Granary, Hastings will be back to his favorite role: master brewer.

Jay Strever, another home brewer and a Billings Gazette manager, and Ken Schlenker, who provided most of the financing, also invested in Überbrew LLC. The partners are leasing the Montana Avenue building with an option to buy.

Überbrew will serve fresh food, including burgers and brats.

The brewery is capable of producing 1,800 barrels per year. Überbrew will start with six craft beers, but after a six-month ramp up, all 12 taps on both ends of the bar will be flowing and brewery owners hope to sell their creations in stores.

Überbrew’s interior blends old red brick, metal, five skylights and the charm of weathered Montana barn wood harvested from underneath a dirt pile that the wind built up over the years.

With a tap room license, Überbrew’s owners cannot sell someone else’s beer, so the timing of opening day is critical.

“We can’t run out, so we want to take a month until the end of May when we hopefully open to build up a nice backstop of beer,” Hastings said.

The old brick building was the home of the old Billings Brewing Co., which opened around 1900 to utilize the exceptional water from the Yellowstone River, Shroyer said.

Like most century-old buildings, this one just east of Venture Theatre offered up two surprises.

“I think the neatest thing was running into all the Prohibition bottles all buried in the floor,” Shroyer said. “Most were destroyed and every one at least had a chip on the bottle lip, so they couldn’t cap them again.”

A secret room running from Überbrew’s basement under Venture Theatre was the second puzzle.

Despite its potential as a unique beer vault, zoning officials made Shroyer and Hastings cover the vault up again.

“It was very impressive to see all the layers of beer,” Shroyer said. “It’s a cool room that people will find 200 years from now.”

And when they were digging over by the Ciao Mambo restaurant, without flashlights, the building ghosts appeared.

“We’re thinking it’s Al Capone’s vault, so we start digging this thing up. Then someone stuck his head through an opening and said, ‘Hey, what are you guys doing?’ ” Shroyer said. “It scared the heck out of us.”

Leaders of the pack

In 1994, The Montana Brewing Co. opened at 113 N. Broadway, one of Montana’s first breweries serving its own beer on site since the 1970s. Jones Construction just completed a rapid-fire, three week remake of The Brew Pub, as it is generally called.

Carter’s Brewing Co., in its fifth year of brewing railroad-themed beers, also is expanding production this summer in order to ship beer to western Montana, which has its own craft brewery industry.

“We’re going to double the capacity of our batch size in about the same amount of space,” said brewer and owner Michael Uhrich, who said his distributor is ordering more beer for the Missoula, Flathead and Helena markets than Carter’s can provide right now.

By increasing sales about 40 percent per year for five years, Uhrich has already met his 10-year business plan.

Billings has the most competition by far for craft beers in this area now, but there is company nearby.

A couple more unidentified competitors have told several local brewers, including Mohr, they might open a West End brew pub. The West Enders would need at least a year to get going, given the tight supply of brewing equipment, Mohr said.

“They are bumping up against a nightmare with no equipment,” he said. “We’re even waiting on kegs now, too.”

So has Billings met or surpassed the saturation point for brew pubs?

“I’ve been telling everybody that 2012 is going to be a very interesting year, because I think we’ve reached saturation and may have gone beyond it,” Mohr said.

Cathy Jensen has joined Rebel River Creative as the business manager. Jensen has spent the majority of her career building and maintaining lea…

The retail landscape is still chaotic, so it’s hard to tell which products (if any) will be listed at an affordable price point this month. Here are some tips.

How to be a savvy shopper amid Cyber Monday hype

Besides recognizing FOMO, here are other ways to be a savvy shopper on Cyber Monday, which is the Monday after Thanksgiving. Also, check out more of the week's best money tips from experts.

Amid shortages, Canada is tapping into its strategic reserves. This time, for maple syrup.

Don't Own These 10 Stocks? Then You're Probably Underperforming the Market

Without Nvidia, Tesla, and others, market underperformance is almost inevitable.

UK court backs Meghan in dispute over privacy with publisher

LONDON (AP) — The Duchess of Sussex won the latest stage in her privacy lawsuit against a British newspaper on Thursday, when three senior judges ruled its publisher breached her privacy by reproducing parts of a letter she wrote to her estranged father.

What's in your wallet? If you're a Capital One customer, it might soon be more money.

US reports 1st case of omicron variant in returning traveler

SAN FRANCISCO (AP) — The U.S. recorded its first confirmed case of the omicron variant Wednesday — in a vaccinated traveler who returned to California after a trip to South Africa — as scientists around the world race to establish whether the new, mutant version of the coronavirus is more dangerous than previous ones.

The latest Billings brewery, called Überbrew, plans to open next month next to Venture Theatre on Montana Avenue.

Angry Hank’s Microbrewery on First Avenue North and North 30th Street is nearing completion. This is the second craft brewery in Billings owned and run by Tim Mohr.