CANNON BALL, N.D. — The American Indian tribe at the center of tumultuous protests against the Dakota Access pipeline unveiled a solar farm Friday that came about partly due to the tribe's fierce opposition to the oil pipeline's environmental impact.

Located just 3 miles from the pipeline, the Standing Rock Sioux Tribe's solar project is meant to be the first step toward clean energy independence and a way to power all 12 of the reservation communities in North Dakota and South Dakota. It also shows that the protests that began in 2016 and ended in 2017 weren't for naught, even though the pipeline began carrying oil more than two years ago, said Cody Two Bears, the project leader and executive director of Indigenized Energy, which promotes energy within the Sioux Nation.

Two Bears said the solar project "pays tribute to everyone who's come to Standing Rock and all their hard work and tireless dedication toward protecting our people and land."

The project has 1,000 panels covering about three acres of wide-open prairie near Cannon Ball, with plans to expand to 10 acres.

A night of Native American dancing, music indigenous foods and gift giving was kicked off by actress Shailene Woodley, a loyal protester who was returning to the reservation for the first time in two years. She tearfully hugged and greeted dozens of people when she arrived at the solar farm and told the group afterward that they are "sharing their wisdom" with the rest of the world.

"This is the beginning of something incredibly massive that I don't think anyone of us can began to fathom at this moment," she said.

Presidential hopeful and U.S. Rep. Tulsi Gabbard rode into the farm on horseback.

Woodley visited the protest camp several times where thousands of people lived for months and sometimes clashed with law enforcement. More than 700 people were arrested during the protests.

Ann Marie Bledsoe Downes, an executive with the economic development entity of Nebraska's Winnebago Tribe, which began dabbling in solar energy a decade ago, said the national interest around the protests should translate into promotion of renewable energy.

"Tribes have always been strong advocates and set the marker to where we need to be on," Bledsoe Downes said. "If there's any good from what happened at the DAPL protest, I hope that it was a catalyst to that."

Numerous tribes have turned to solar power and other forms of green energy in the last decade as a way of creating jobs and cutting down on energy costs without harming the environment. Bledsoe Downes said the Winnebago Tribe is saving $100,000 a year, money that "goes back into housing or down payment assistance or tribal roads or infrastructure costs or youth programming."

Several solar energy nonprofits joined forces to build the $470,000 Standing Rock facility, and those organizations are billing it as the largest solar energy farm in North Dakota. It currently powers the Sioux Nation Community Center and Veterans Memorial Building.

Hayes Barnard, president of San Francisco-based GivePower Foundation, which made the largest donation of $370,000, said the solar farm is a "testament to the tribe's steadfast commitment to going beyond protesting and inciting real change."

North Dakota sued the federal government Thursday to try to recoup the $38 million it spent to police the Dakota Access Pipeline protests.

The Standing Rock Sioux Tribe and several pipeline opponents plan to request a hearing on the proposed expansion of the Dakota Access Pipeline, following the North Dakota Public Service Commission’s unanimous decision Wednesday to open the matter up for public input.

American Indian tribes suing to shut down the Dakota Access Pipeline have won a partial victory in a dispute over government documents, though it’s unclear how useful the information might be to them as they prepare another demand for more environmental study of the project.

BISMARCK, N.D. — North Dakota and the developer of the Dakota Access oil pipeline settled a lawsuit over the Texas company's ownership of ranc…

A 26-acre solar farm is in the works for the Northern Cheyenne Tribe, which has been awarded $2 million in federal construction funding.

BISMARCK, N.D. — The Standing Rock Sioux have requested a hearing on a plan by the developer of the Dakota Access Pipeline to double the line'…

MANDAN, N.D. — The nearly yearlong Dakota Access Pipeline protests that ended in early 2017 created tension at the border between the Standing…

An American Indian activist once accused of starting a riot during the Dakota Access Pipeline protests is seeking the public release of law officers’ testimony in his now-resolved court case to highlight what he says is injustice done to American Indians and the environment. 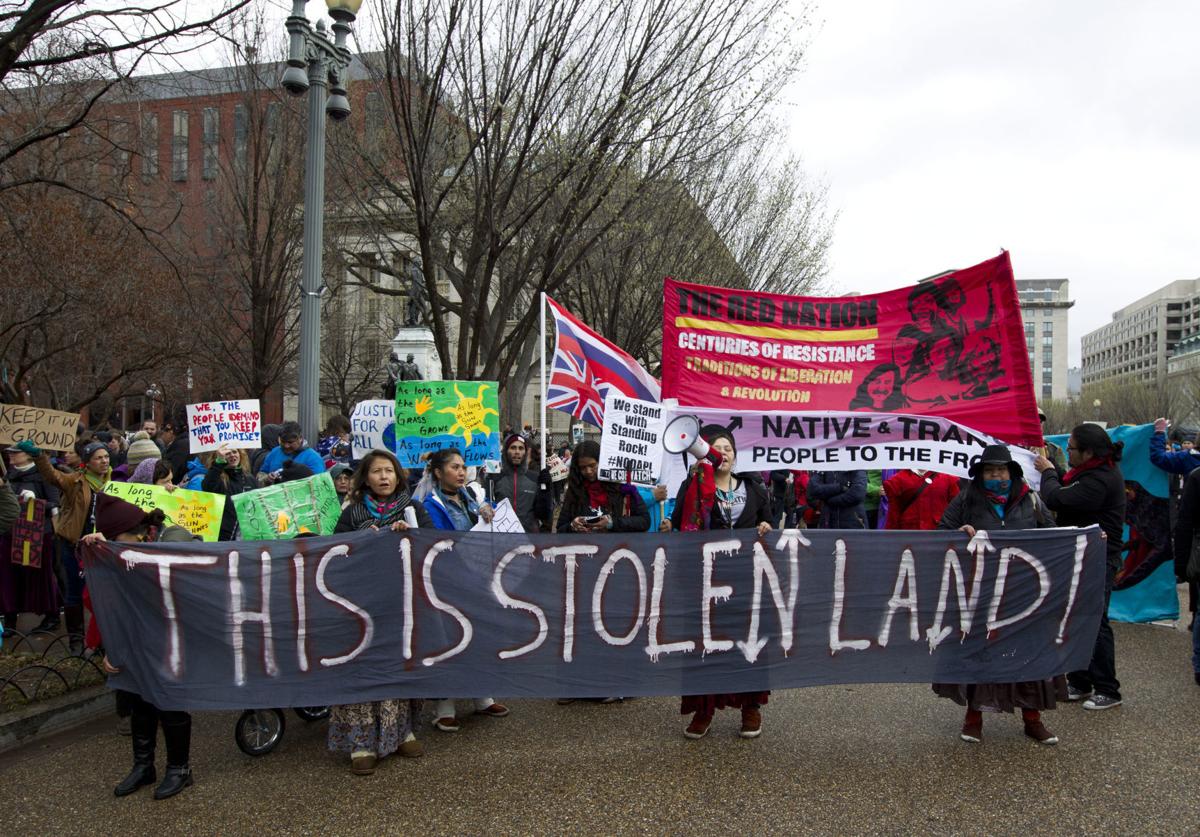 In this March 10, 2017, file photo, American Indians and their supporters protest outside of the White House in Washington, to rally against the construction of the disputed Dakota Access oil pipeline. The American Indian tribe at the center of tumultuous protests against the Dakota Access pipeline is showing off its solar farm that backers are billing as the largest in North Dakota. The Standing Rock Sioux Tribe's solar project is meant as a first step toward clean energy independence and a way to power all 12 of the reservation communities. The grand opening was Friday night. 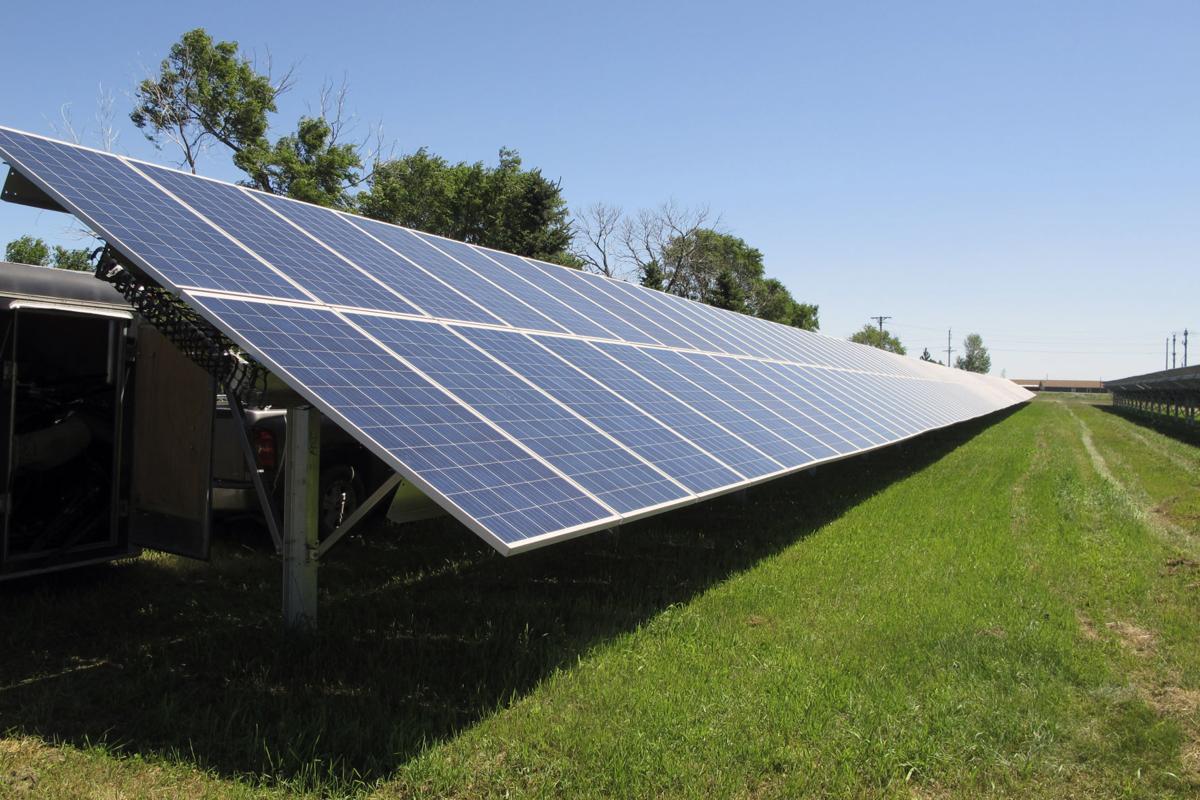 An array of solar panels glisten in the sun outside Cannon Ball, N.D., located on the north side of the Standing Rock Indian Reservation, where the grand opening for the project was held on Friday. The project was motivated in part by the controversial Dakota Access pipeline that was built over the objections of Native American leaders and others. The solar project is meant as a first step toward clean energy independence and a way to power all 12 of the reservation communities. 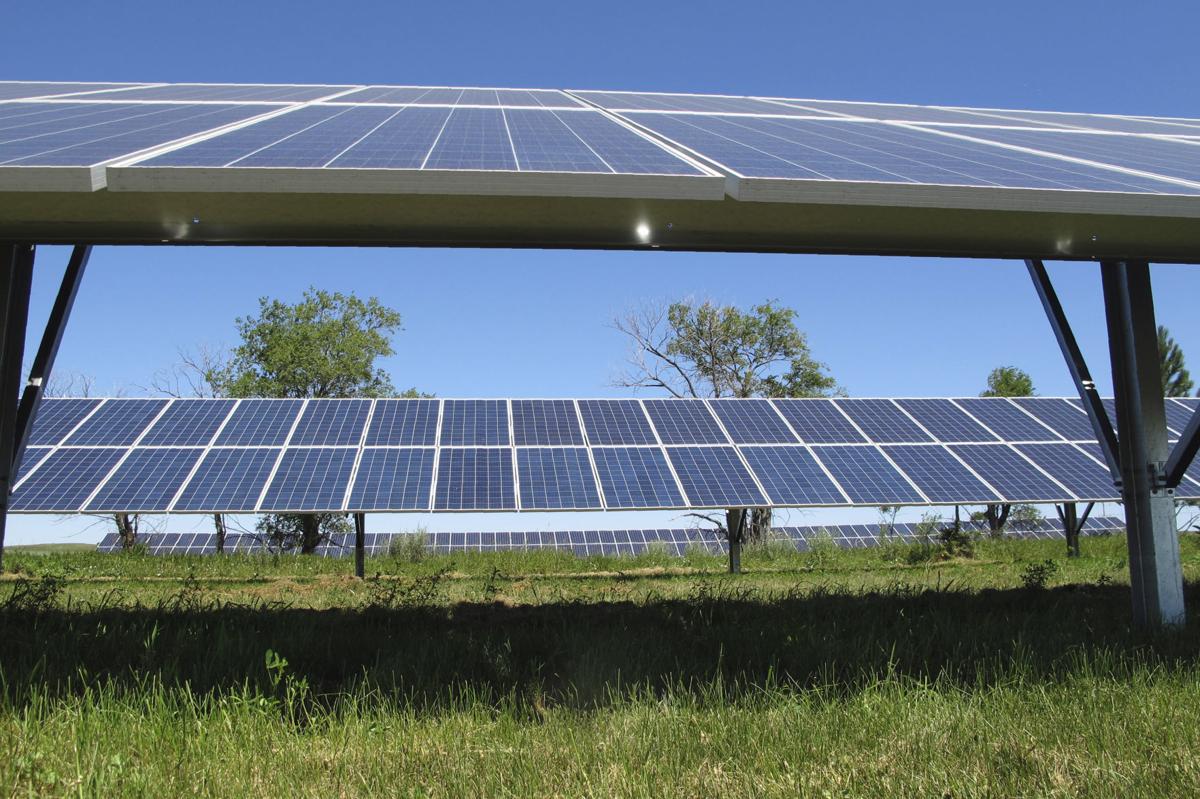 Solar farms became more feasible with the introduction of cheaper, Chinese-made solar panels. NorthWestern Energy has been fighting small solar projects, and the fight has moved into the Montana Supreme Court. 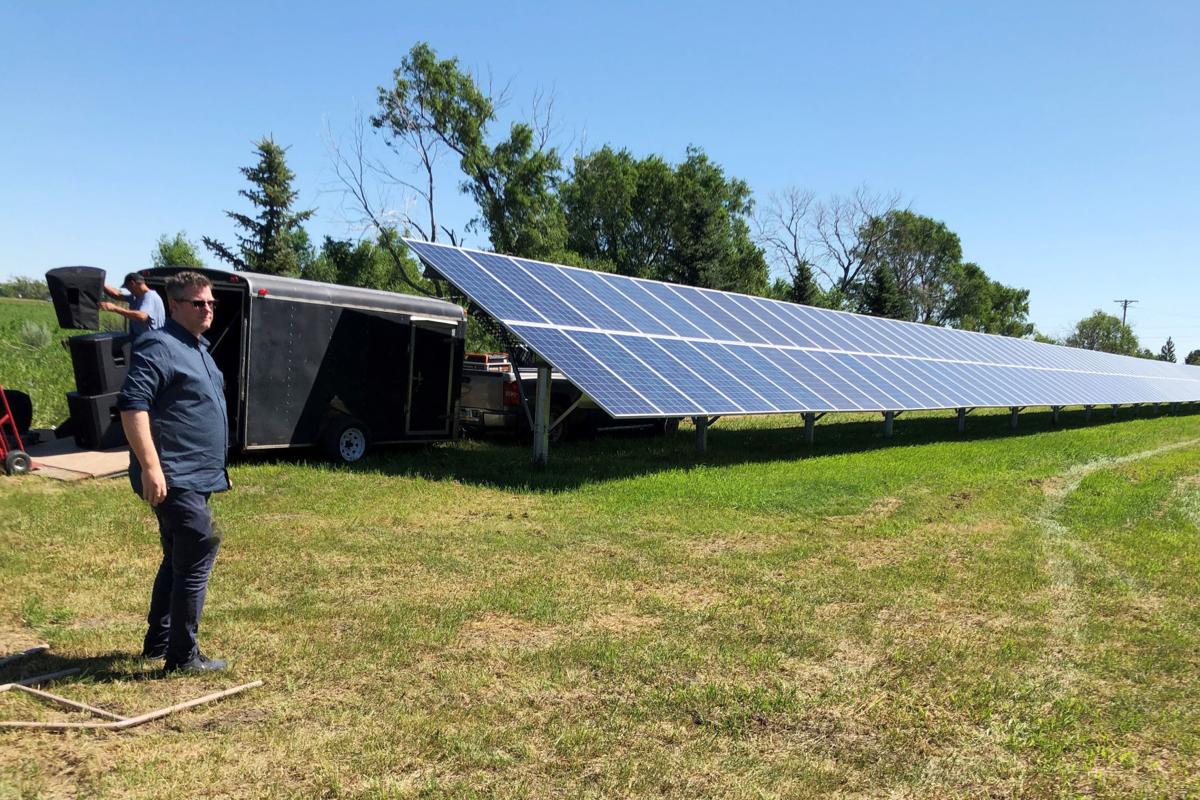 Paul Wilkie, CEO of a San Francisco company that promotes solar projects, stands outside an array of panels at a solar farm near Cannon Ball, N.D., on the Standing Rock Indian Reservation on Friday. The tribe was holding its grand opening celebration, which is raising money to power a community center and gymnasium in Sannon Ball. Tribal officials say the project is a tribute to those who supported Standing Rock during the Dakota Access pipeline protest.