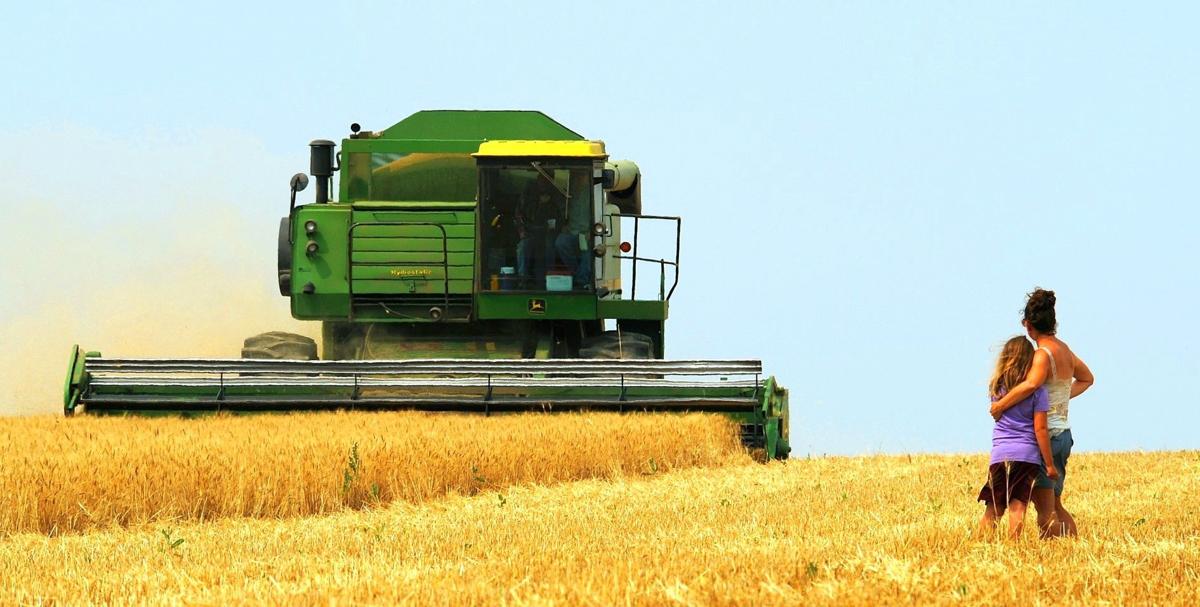 Kacey Tulley and her daughter Montana watch as Kacey's father Phil Steinberger harvests winter wheat on his farm near Forsyth in 2015. 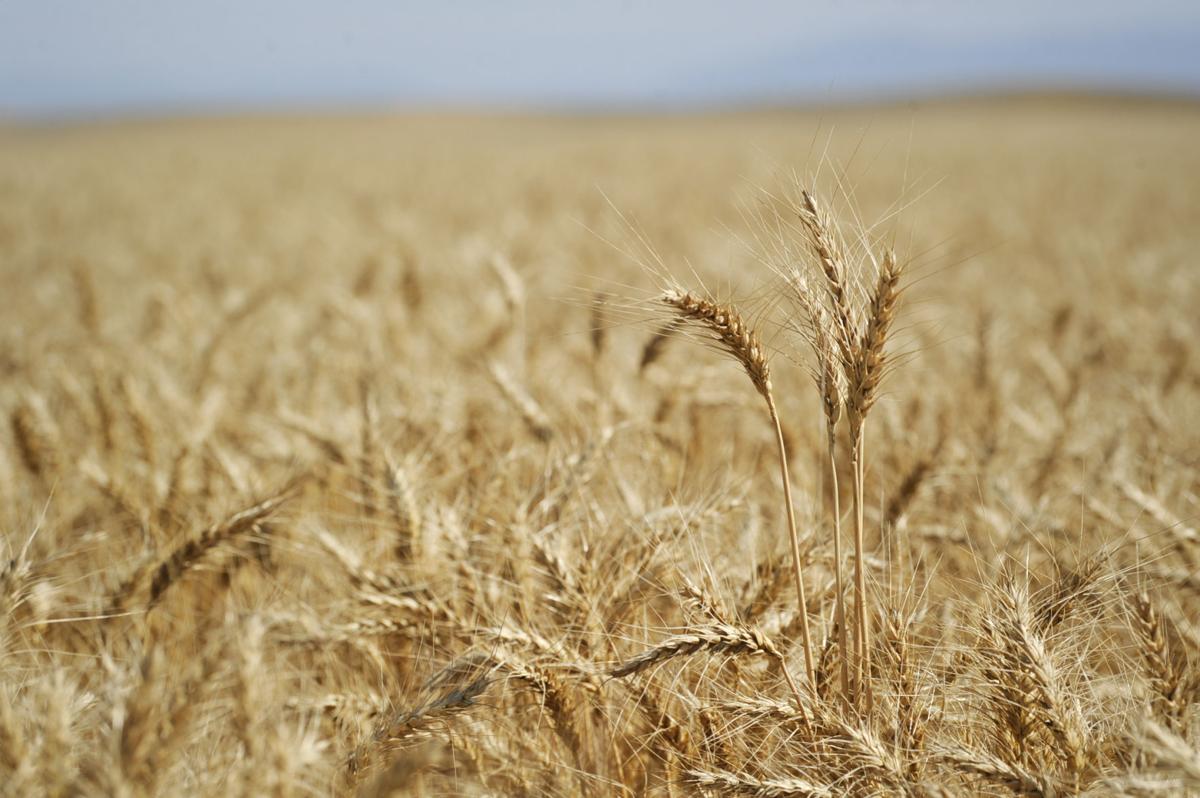 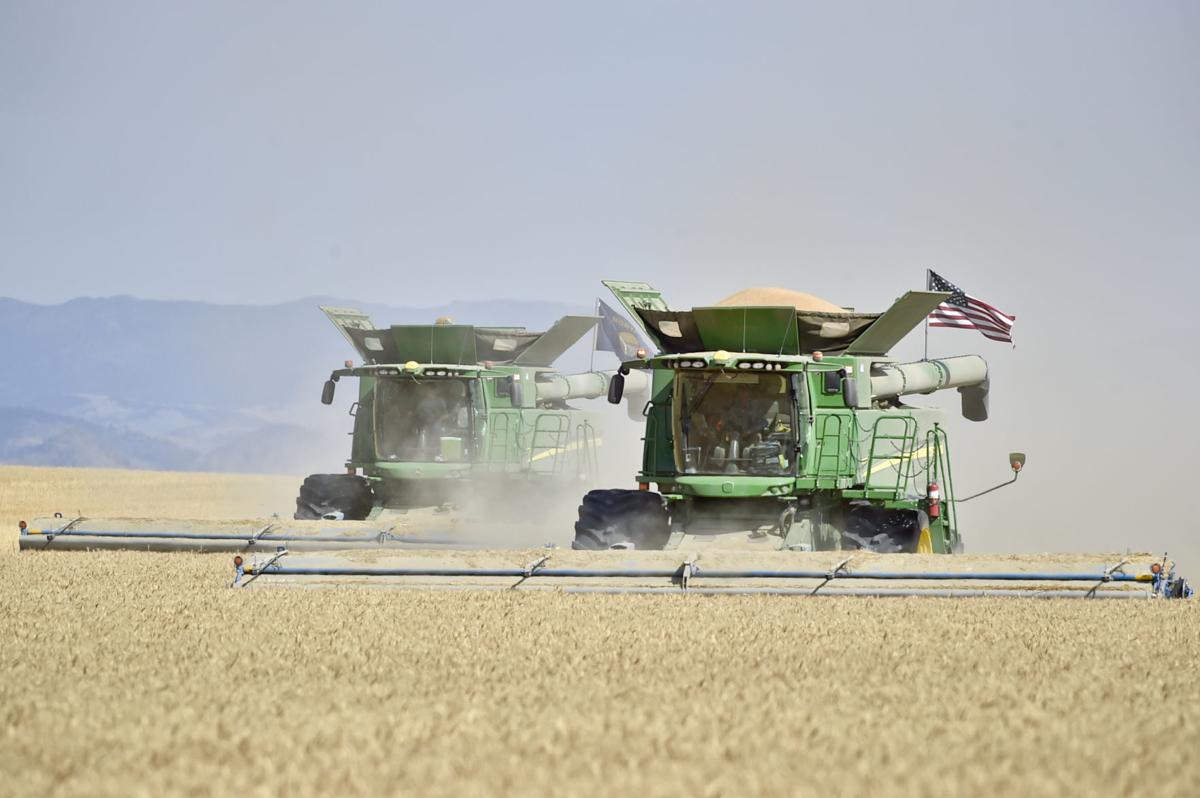 In this file photo, two combines harvest a field on Wheat Montana's farm near Three Forks. 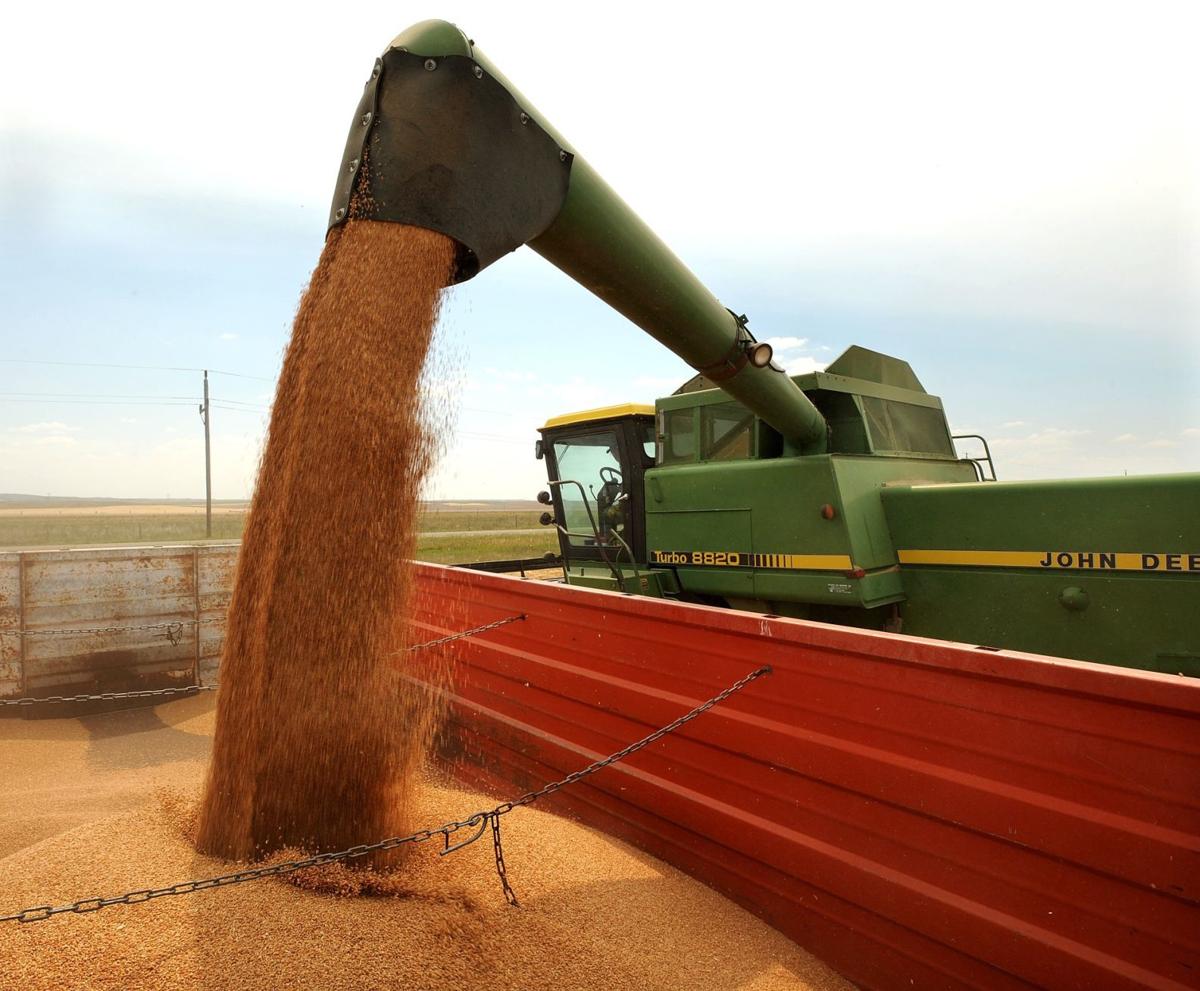 Despite a dry spring, Phil Steinberger harvests winter wheat on his farm near Forsyth on July 9.

Kacey Tulley and her daughter Montana watch as Kacey's father Phil Steinberger harvests winter wheat on his farm near Forsyth in 2015.

In this file photo, two combines harvest a field on Wheat Montana's farm near Three Forks.

Despite a dry spring, Phil Steinberger harvests winter wheat on his farm near Forsyth on July 9.

Montana farm and ranch groups described U.S.-Japan trade terms announced Wednesday as a must-have win for the state’s agriculture economy, which has been battered by trade disputes.

Japan is the biggest foreign buyer of Montana wheat and the largest purchaser of U.S. beef. Tariffs against U.S. wheat have put the state’s grain growers at a disadvantage in the key market.

The trade terms were released ahead of a scheduled Wednesday announcement by President Donald Trump and Japan Prime Minister Shinzo Abe. The trade terms are expected to be finalized in October. In the agreement, Japan received more favorable terms for automobiles and car parts exported to the United States, as well as favorable quotas for beef exported by Japan.

“We needed this win big for a lot of different reasons,” said Lola Raska, Montana Grain Growers Association executive vice president. “I think we just needed to see progress on a trade agreement of some kind. It’s just been such a rollercoaster for a year and a half. We just need to see the U.S. finish a deal.”

More than 70 percent of Montana wheat is exported, most of it to Japan. But tariff reductions offered to Canada and Australia have put Montana wheat sales at a disadvantage. Those trade rivals stuck with the multinational Trans Pacific Partnership as the U.S. backed out in 2017. Consequently, Japan has lowered tariffs on Canadian and Australian grain. The imbalance had Montana wheat producers sweating a $150 million loss in wheat sales this year.

What’s protected Montana from feeling the full damage of the tariff imbalance are the years of investment by Japanese corporations in Montana’s wheat sector. Every grain elevator in the state not owned by a farm cooperative is owned by a company with a Japanese stakeholder. Japanese mills are tooled to blend Montana wheat with Japanese grain for flour.

It’s hard to undo those business relationships, Raska agreed. If the tariffs were normalized by January, Montana grain producers might escape the prolonged U.S.-Japan trade talks with only financial bumps and bruises.

“Today’s announcement is a big win for Montana ag and jobs, and a major step forward for opening critical markets for our producers,” Daines said in a press release. “It has been a privilege to be the voice of Montana's farmers and ranchers during trade negotiations between the U.S. and Japan. I’m happy to see President Trump and Prime Minister Abe announce they reached a deal that will help level the playing field for Montana farmers and ranchers. I look forward to seeing the final agreement signed in the coming weeks."

U.S. Sen. Jon Tester, D-Mont., who last week called on Congress to rein in Trump on trade, said Wednesday's announcement was good news, but he hadn't yet seen the details.

“This is welcome news for Montana’s farmers and ranchers, who rely on access to foreign markets like Japan to sell their world-class products. Japan is the largest importer of Montana’s wheat, and plays a critical role in our state’s number-one industry," Tester said in a press release. "I look forward to seeing the finalized details of the deal, and I hope it means the Trump Administration will see the wisdom of expanding access to foreign markets instead of closing them off.”

Montana beef and pork should benefit from the trade terms, which reduce tariffs on those items from 38.5% to 27.6% starting in January, and are then phased down to 9% by 2033.

Japan bought 330,217 metric tons of U.S. beef last year. Similar to wheat, beef producers were concerned the U.S. was losing market share to Australia and Canada because of America’s exit from the Trans Pacific Partnership. Because Montana cattle are typically shipped out of state for slaughter and then combined with beef from other states, accurately localizing the economic loss of exiting TPP is difficult. Montana did more than $1.2 billion in cattle sales last year, ranking it 14th in the nation for value, according the U.S. Department of Agriculture.

“It’s a huge deal to get more beef in there,” said Fred Wacker, Montana Stockgrowers Association president. “Japan is a wonderful market for us. They’re getting out of these tariffs.”

Wacker is no stranger to trade negotiations. The Miles City rancher is a member of the National Cattleman’s Beef Association Live Cattle Marketing Committee. He’s also the chairman of the Stockgrowers’ marketing committee. In 2017, Wacker brokered a $200 million Montana beef sale with Chinese online grocer JD.com. The deal, which came with a $100 million investment in a Montana beef processing plant, has been on hold because of the U.S.-China trade war, now 16 months old.

Wacker said the trade terms announced Wednesday would help leverage negotiations with China, something U.S. beef producers had originally hoped America’s participation in TPP would have accomplished, as well.

“We should have stayed in TPP. It would have wiped these tariffs out. It’s been two and a half long years but now we’re getting it wiped out. That is a key to getting movement from the Chinese government. Every meeting I’ve been in with the Chinese, they are terribly jealous of the Japanese.”

Montana pork producers should see similar tariff reductions. In August, Montana pork producers told The Gazette they were troubled by tariffs in China and Japan. Montana hog farms were the state’s largest recipients of aid from the U.S. Market Facilitation Program, which was created by the Trump administration to offset trade-related market losses.

The U.S.-Japan trade announcement comes one month after Trump angered wheat farmers by suggesting wheat was the only U.S. product Japan purchased and only then because Japan's purchases made the United States "feel good." At the time, Montana Grain Growers president Lyle Benjamin stated that Trump “fundamentally misunderstands how trade and economies work."