Wind farms, four of them in various stages of development, promise to deliver up to 480 megawatts of capacity just as planned coal power plant retirements in Montana are escalating.

There are 80 megawatts of generation spinning at Stillwater Wind, and four projects of similar size on a slow walk through the regulatory process of Montana’s Public Service Commission. A little further south, between Rapelje and Columbus, two more developments are in the process. In neighboring Carbon County, construction crews are working on pads for a 240-megawatt wind farm capable of electrifying a mid-sized city.

So many wind farm developers have knocked on the door of the Stillwater County Commission that the regional government has created a form with all the pertinent project questions.

“The previous commissioners have been talking to wind farms for 16-plus years,” said Mark Crago, Stillwater County Commissioner. “It’s just now finally come to fruition and a lot of it has to do with the tax abatement sunsets in 2021. A lot of these companies either have to get it done to get the tax benefits or they’re just going to have to not have any benefit from the tax relief.”

There’s good reason the wind farms are 80 megawatts. Federal law assures facilities that size and smaller qualify for a guaranteed contract and a negotiated price from a monopoly utility. Stillwater is already under contract with NorthWestern Energy. The other three developments, Caithness Beaver Creek, Grizzly Wind and Black Bear Wind are in rate discussions before the Montana Public Service Commission.

Pryor Mountain Wind near Bridger is being built by PacifiCorp and is much larger than the projects in the county next door.

Pryor Mountain Wind “is a 240-megawatt wind project with a 40% net capacity factor and will produce about 841,000 MWh/year, making it an excellent wind power generation site,” said Spencer Hall of PacifiCorp. “The facility will produce the power equivalent to the usage of more than 76,000 U.S. households on an annual basis.”

Pryor Mountain Wind is one of those years-long developments pushed to construction as favorable tax benefits reach the end of their shelf life. The project was rolled out as a 120-turbine wind farm in the final days of 2014. Just before Christmas, Congress approved a wind production tax credit for projects started in 2014. The credit was retroactive, meaning that all projects started that year without the tax credit suddenly had a potential tax break. Those that hadn't started scrambled to cut the earth with a bulldozer blade so they could show that the project was underway.

The wind farm went through several different owners before PacifiCorp picked it up. PacifiCorp owns the power line that services Yellowtail Dam. It’s that line that gives Pryor Mountain access to customers in western states. Those tax credits from 2014 still play a big part. PacifiCorp sold the tax credits to Facebook. The wind farm is expected to be spinning by year’s end.

“The production tax credit really does play an important role in buying down the cost of wind power. And, with it going away, this is the last chance to get wind while it's on sale,” said Jeff Fox of Renewable Northwest, one of the largest advocates for renewable energy development in the region.

The timing to qualify for the tax credit means getting a project underway no later than this year and making sure that it’s spinning out power by the end of 2021. The time requirements explain the hustle that Crago is observing by wind developers in Stillwater County, though the urgency doesn’t stop there. There’s a 75-megawatt wind farm in regulatory process in Wheatland County near Harlowton, and two, both of them around 20 megawatts in capacity, in Teton County.

Another push for bringing on new generation is the retirement of coal-fired power plants in the West. In Montana, just one week into 2020, Colstrip Units 1 and 2 were shut down by owners Talen Energy and Puget Sound Energy, who said the power plants were no longer economical. Together the units had 614 megawatts of capacity. Lewis and Clark Station, a coal-fired power plant near Sidney, is expected to close this year, or in early 2021.

There is common ownership between Colstrip and the developing wind farms. PacifiCorp owns 10% of Colstrip Units 3 and 4. The parent company of Talen Energy, Riverstone Holdings, bought Stillwater Wind developer Pattern Energy in November.

It isn’t certain that all of the projects will clear the bar, but Stillwater Wind is already spinning. At night, the red lights on the backs of Stillwater’s turbines can be been seen from Interstate 90 between Columbus and Reed Point.

Developer Pattern Energy says Stillwater Wind’s 31 turbines produce enough power to electrify 23,000 homes. It sells its electricity to NorthWestern Energy. The wind farm has a net capacity factor of 40%, according to a Stillwater employee, meaning that in a year the wind farm is producing energy about 40% of the time.

Pattern estimates that in 25 years, it will pay $18 million in taxes. Crago said that in the latest round of collections, Stillwater paid $435,538. Impact fees from the development, coupled with a donation from the wind farm, financed a six-classroom portable building for a nearby school.

County commissioners hope that as the other wind farms come online, they will diversify the local tax base, which relies heavily on Stillwater Mine. Wind farms would make a good financial balance to the mine’s contributions, Crago said.

It isn’t just good wind that has attracted renewable energy developers to Stillwater and Carbon counties, both of which are in the wind corridor along the Beartooth Mountain Front. Rather, it’s access to the large transmission lines needed to move power.

“Montana is absolutely blanketed in a good wind resource. So, the differentiating factor is transmission availability,” Jeff Fox said. “Transmission is expensive to build. It’s always going to make more sense to utilize existing infrastructure to the extent that it’s available. That means a lot of these transmission lines that used to serve other purpose, including mining operations or even generation that has been retired is often put to use moving renewable energy.”

Montanans are stubborn about a lot of things. One of those things is how place names are pronounced. Saying a name wrong could expose you as a…

From fossils to renewables, energy booms across North Dakota in the 2010s

As NorthWestern Energy prepares to nearly double its stake in Colstrip, a major investor is making climate risk a big factor in where it puts its money.

Montana’s energy future demands our attention. As sitting members of the Montana legislature, it is both our prerogative and duty to oversee e…

Houston-based Broad Reach Power announced its purchase of the Buffalo Trail Wind and Solar farm near Broadview, 30 miles northwest of Billings, on Thursday. 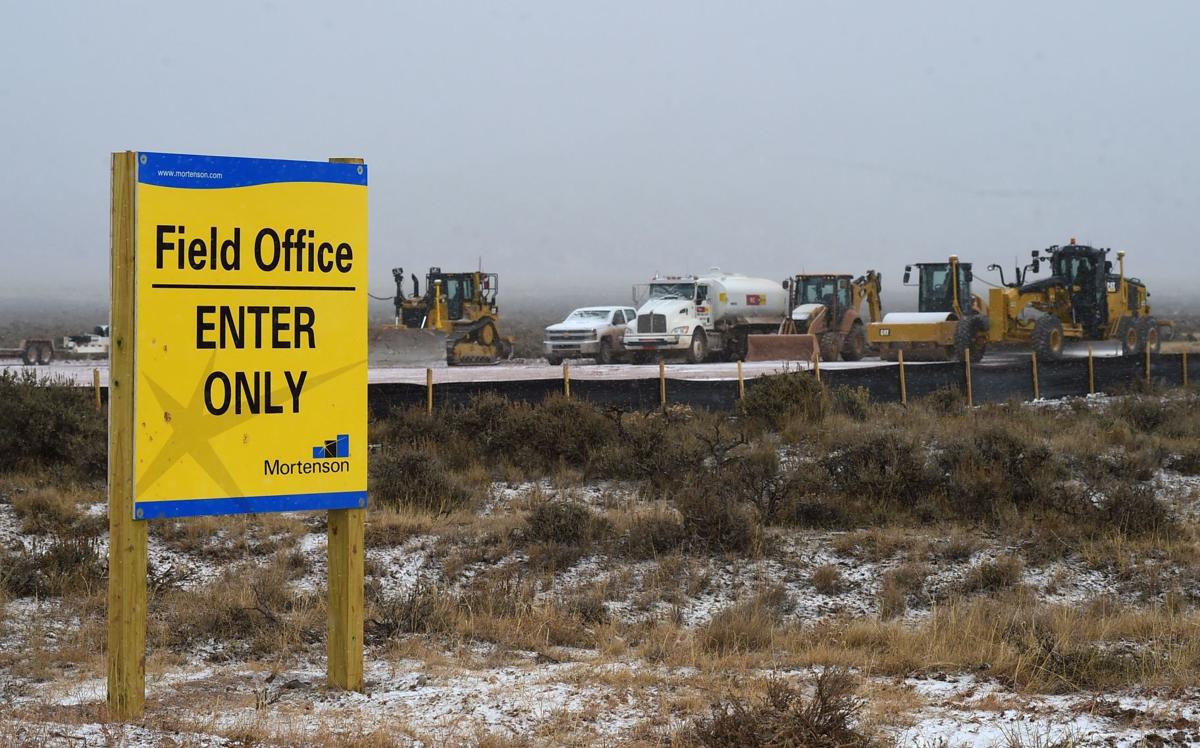 Site preparation has begun on the 114-turbine Pryor Mountain Wind Project near Warren. At least four wind farms are in various stages of development and combined could deliver up 480 megawatts of capacity, enough to power a large city. 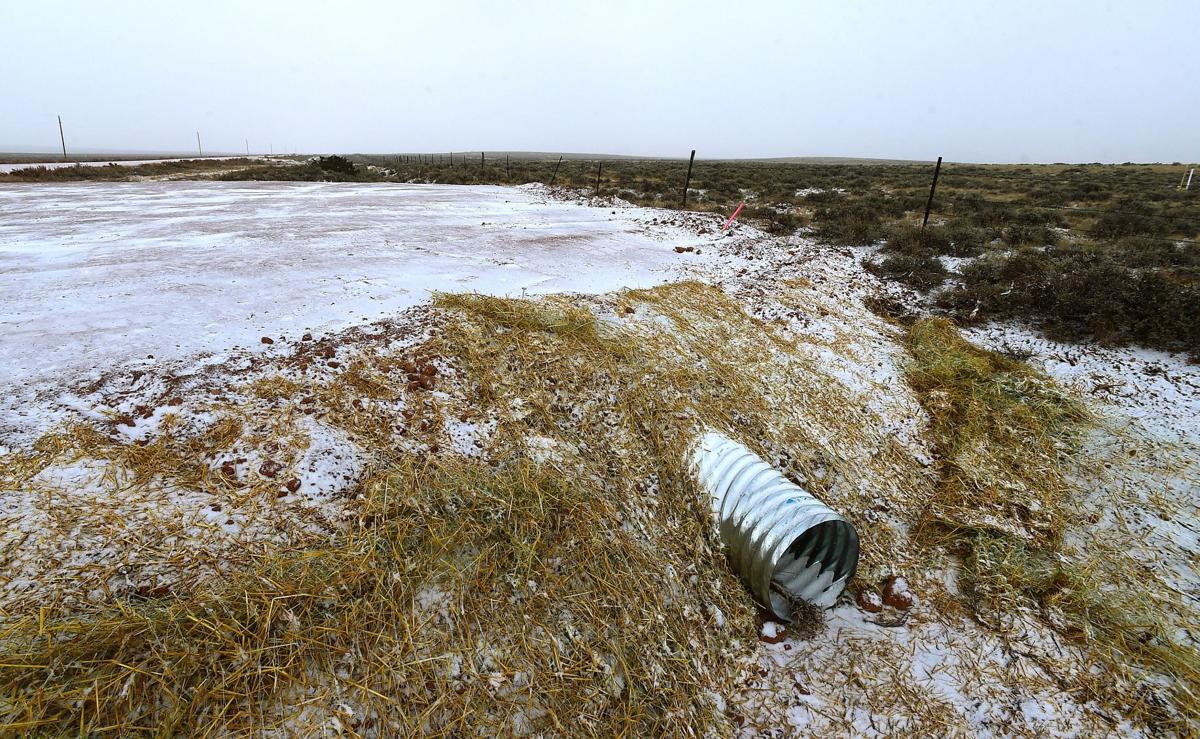 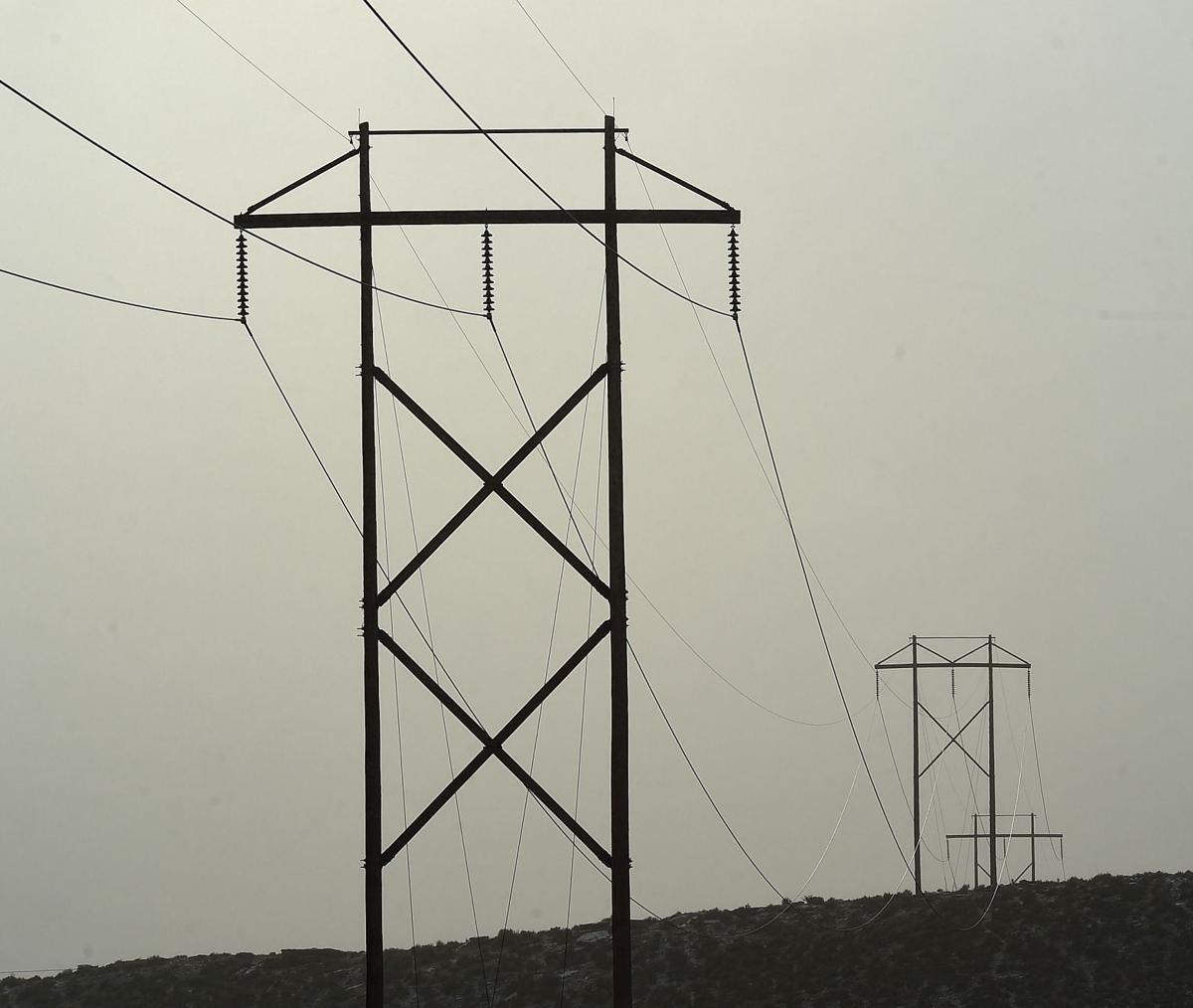 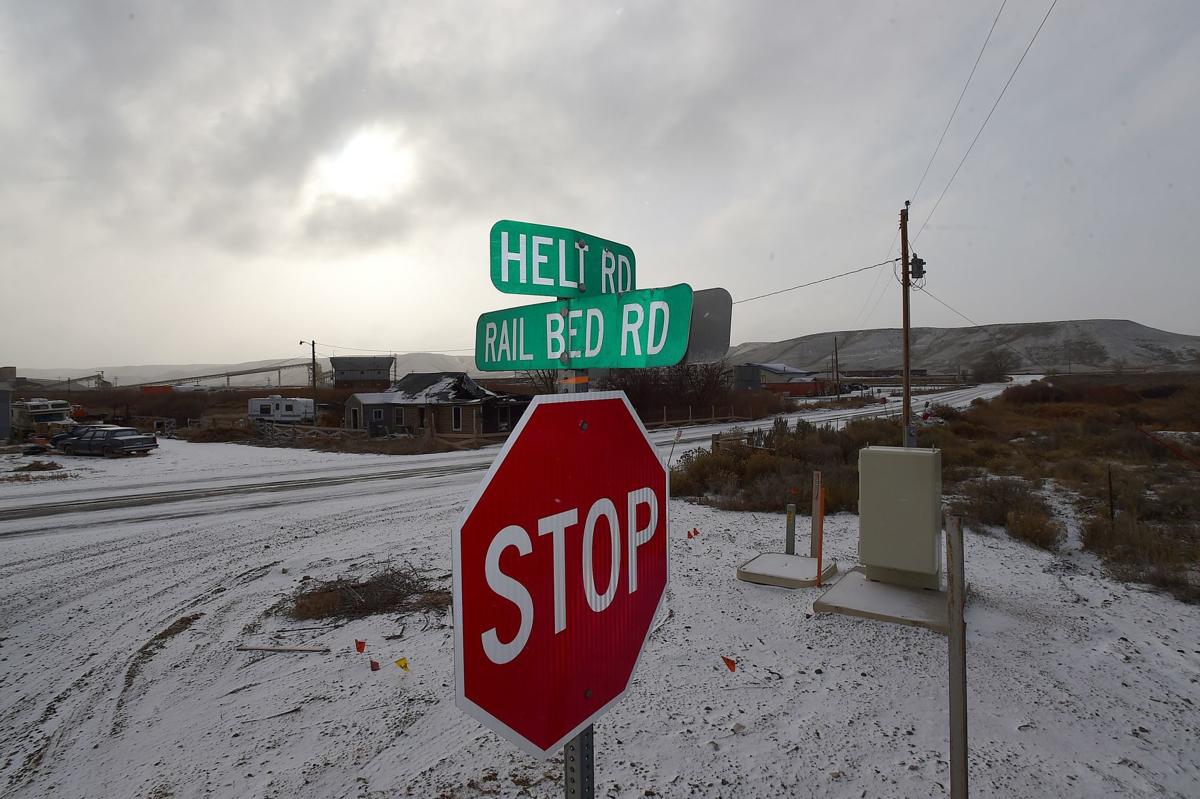 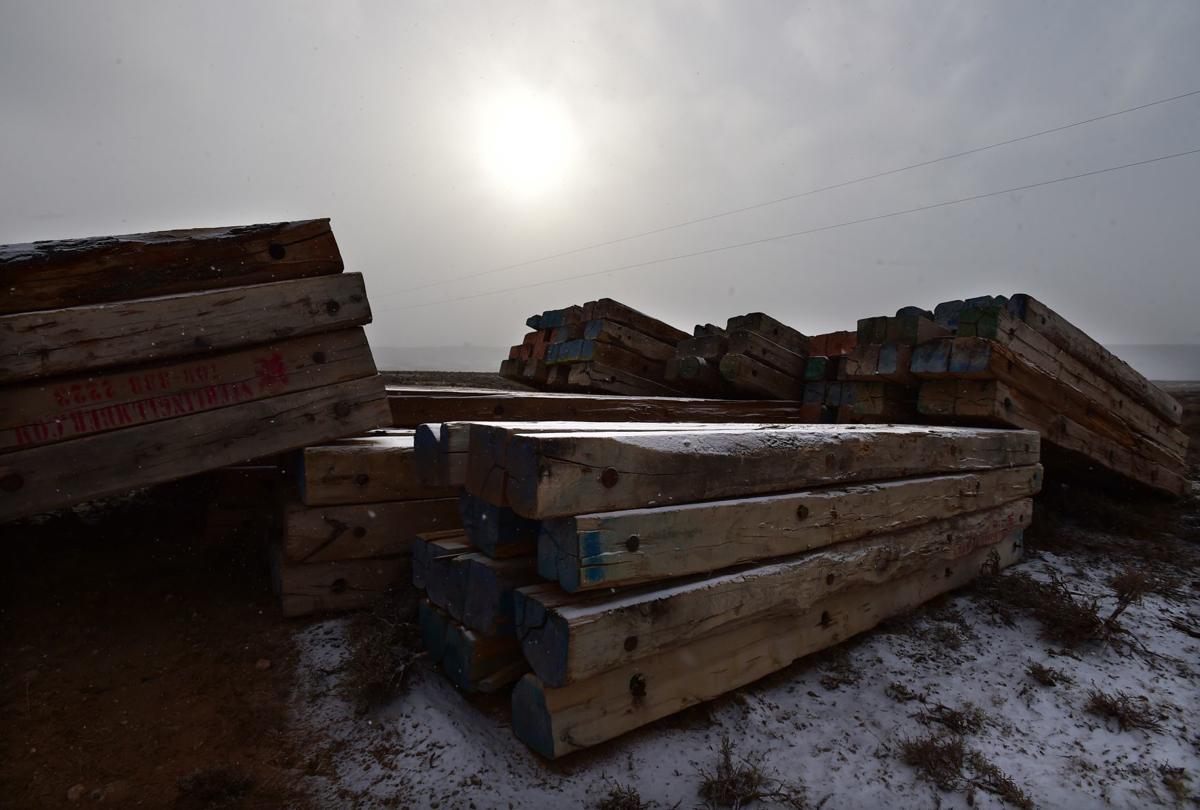