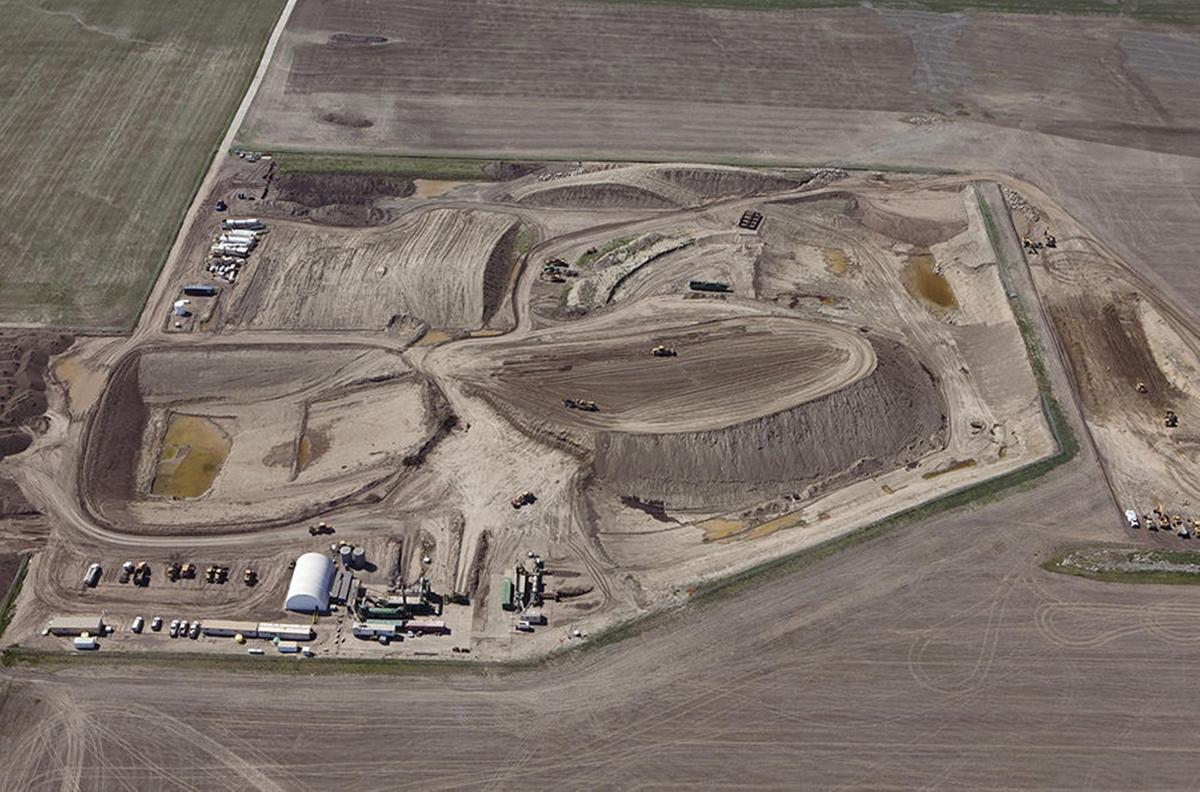 An aerial photo taken June 18 shows the site of the cleanup and remediation of the September 2013 Tesoro Logistics oil pipeline leak that released 20,600 barrels of oil into a wheat field near Tioga, N.D. 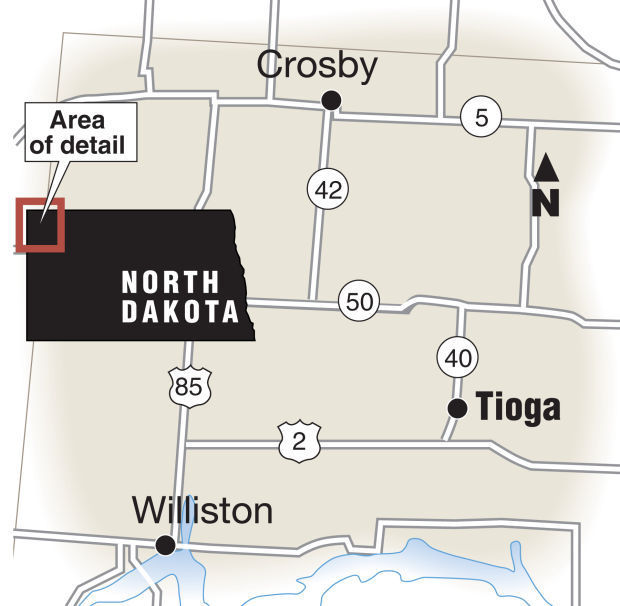 BISMARCK, N.D. – Two years after experiencing the biggest oil spill in state history, North Dakota still has no state or federal inspectors stationed within its borders to oversee hazardous liquids pipelines – but it’s not for lack of trying.

During a meeting Tuesday with the state’s Public Service Commission, officials with the federal Pipeline and Hazardous Materials Safety Administration said they advertised jobs within the past year for pipeline inspectors who could work remotely from Bismarck and Fargo.

“We didn’t really find any qualified candidates that we were able to hire,” Allan Beshore, director of pipeline safety for PHMSA’s 11-state Central Region, said via video from the regional office in Kansas City, Mo.

A massive oil spill discovered Sept. 29, 2013, near Tioga spurred the PSC to ask the state Legislature this year for authority to launch a state-run program for inspecting hazardous liquids transmission pipelines, similar to the PSC’s natural gas program that operates in partnership with PHMSA.

But lawmakers denied that authority and the three positions requested by the PSC. Chairwoman Julie Fedorchak said the commission may ask again during the 2017 legislative session.

In the meantime, she said the PSC wants better communication about how PHMSA is regulating the state’s oil transmission pipelines, which was the purpose of Tuesday’s meeting.

Commissioner Brian Kalk said that while it’s not crucial to have a PHMSA inspector living in North Dakota, “I think it’s important to have somebody dedicated to North Dakota.”

Beshore said PHMSA currently has 25 to 28 hazardous liquids inspectors in the Central Region and is going through a hiring surge to expand that number to 45 inspectors, noting 10 applicants were offered jobs in the Kansas City and Chicago offices just this week.

The agency has one inspector who’s a former state inspector living in Pierre, S.D., and also has staff in Minnesota, he said.

Kalk asked Beshore to keep advertising the North Dakota jobs until qualified applicants are found, offering the PSC’s help in finding applicants. Beshore said the agency still has seven or eight openings available and he can probably repost the jobs, which he said are aimed at applicants with 20 years or more of experience.

Construction of new pipelines accounts for much of the activity in North Dakota requiring PHMSA inspectors’ attention, Beshore said. Inspectors usually return for a follow-up inspection in two years if PHMSA inspected the construction process, or in one year if they didn’t, he said.

The agency used to inspect existing pipelines once every two to three years but now is moving toward more of a risk-based approach based on factors such as company history, the type of pipeline seams and whether the pipeline crosses a waterway, he said.

Cleanup of the 20,600 barrels of oil that leaked from a Tesoro Logistics pipeline and saturated a wheat field continues near Tioga, as does PHMSA’s investigation into the incident. A report by an independent third party confirmed that an electrical discharge consistent with a lightning strike likely caused the hole in the pipeline.

Beshore said the agency is focused on making sure Tesoro Logistics follows its corrective action plan, and he didn’t indicate whether PHMSA will seek civil penalties against the company.

BISMARCK, N.D. — The cleanup of a massive 2013 oil spill in northwestern North Dakota is being hampered by a lack of natural gas needed to pow…

BISMARCK, N.D. — The state Department of Health says a pipeline has leaked nearly 19,000 gallons of saltwater in northwest North Dakota.

An aerial photo taken June 18 shows the site of the cleanup and remediation of the September 2013 Tesoro Logistics oil pipeline leak that released 20,600 barrels of oil into a wheat field near Tioga, N.D.