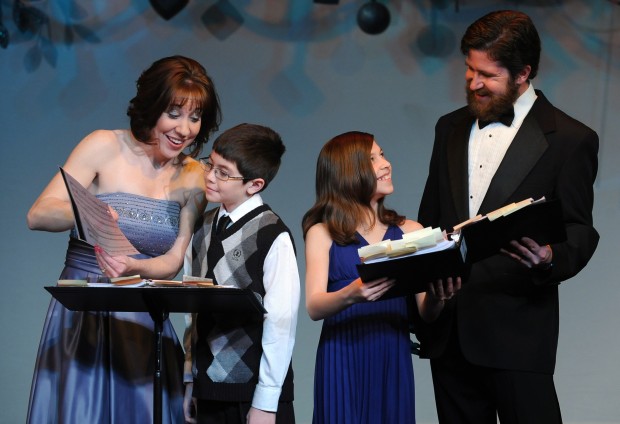 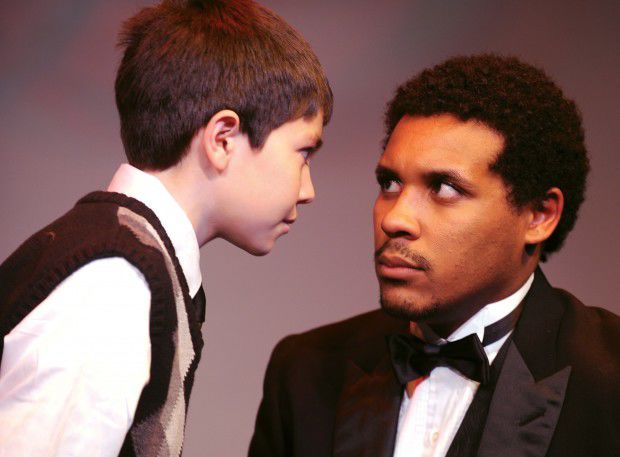 Murder, abandonment and discrimination complicate the pursuit of the American Dream at the beginning of the 20th century.

The heartache and the joy, portrayed through the stories of three different groups of Americans is at the core of Venture Theatre’s new production “Ragtime: Concert Version.” It opens Jan. 13 and runs through Jan. 29 at the downtown theater.

The cast features 20 vocalists who will perform the musical’s 30 songs in formal evening gowns and tuxedos.

Director Robert Wood said the style of performance, last used for the 2011 “Miss Saigon” production at Venture, eliminates distractions and cuts to the heart of the show’s memorable characters.

“That way, the audience doesn’t look at the stage and think, ‘Why is she wearing that?’ or ‘He must be working out,’’’ Wood said.

Rimrock Opera Company vocalist and Lockwood music teacher Quentin Staton plays the role of Tateh, an immigrant father. His real-life daughter Skyylar, 10, joins him as his stage daughter. Another parent-child pairing is Skyview High music teacher Amy Logan, who plays the matriarch of a WASP family in New Rochelle, N.Y., and her 10-year-old son, Jacob. Jacob’s character opens the production with a description of his family.

“Ragtime” is based on the 1975 novel by E.L. Doctorow that follows the lives of three groups of Americans striving for their piece of the dream. The main characters are fictional, but historical figures surround them, including Harry Houdini, Booker T. Washington, J.P. Morgan and Admiral Peary.

When “Ragtime” opened in 1998, it was nominated for 13 Tony Awards and won four, including Best Original Score and Best Orchestration. The show lost out to “The Lion King” that year for Best Musical, even though it featured fireworks and a working Model T car.

But the real tug of this show comes from the vivid portrayal of its characters and the memorable songs that include gospel, ragtime and marches written by Stephen Flaherty and Lynn Ahrens.

Burton’s character is traumatized by his wife’s racially motivated murder and forced to re-examine his dreams for the future.

“This isn’t the greatest time for African-Americans,” Brandon said.

Logan’s matriarchal character Mother is abandoned by her husband and left to deal with a buried-alive baby and African-American mother — who did the burying.

All of the characters’ lives become intertwined at some point in the production. Wood said in that respect, “Ragtime” is like a Robert Altman film. As dire as their circumstances become, they never stop fighting for their futures.

“These are the people who have made changes so our lives 100 years later are that much better,” Wood said. “There are so many characters, the audience will identify with at least some of them. It’s got heartbreak, joyful singing, crying, triumph — it’s a wild ride.”

Netflix announces documentary about the career of Kanye West