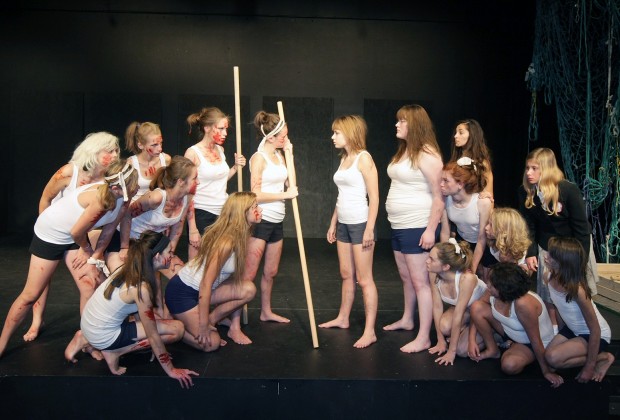 The savagery in Venture’s all-female version of “Lord of the Flies” takes on a more psychological tone with its choreography, body language and vocal inflections. The all-female cast hits the boards on Saturday, Oct. 1. 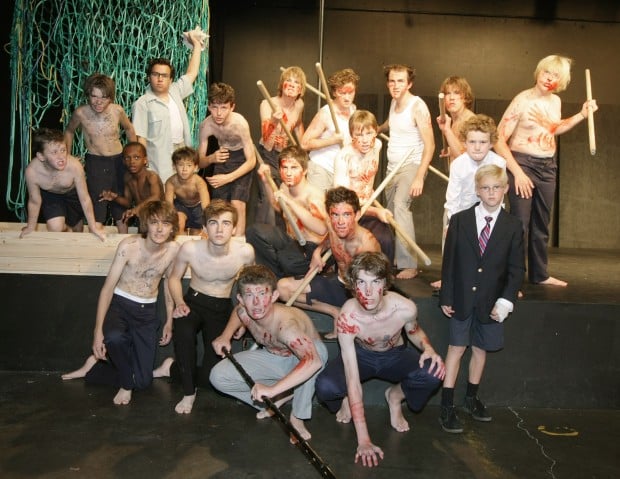 ﻿Taking on a dark tale like “Lord of the Flies” is challenge enough, but Venture Theatre opted to go beyond simply staging the fictional story about young boys reverting to a primal state.

The downtown theater is staging two complete versions of the William Golding story — one male version, which is how it was written, and a female version. Nigel Williams adapted the WWII-era book to stage, keeping all the familiar characters intact, including Ralph, Piggy and Jack.

Venture Theatre artistic director Robert Brian Wood said it’s proven to be a fascinating process watching how different the two versions are. Wood is directing the male cast, and the girls are being directed by Wanda Morales. The two casts didn’t watch each other’s rehearsals until late last week when they previewed some scenes for the media.

“The girls are more psychological and the boys are more physical,” Wood said.

During rehearsal, the boys stomped around an imaginary campfire with the intensity you see in a mosh pit, alternatively screaming, “Kill the beast” and “Kill the pig.”

When the girls rehearsed the same scene, their dance was much more choreographed with each girl moving independent of the others. During the dialogue scenes, the girls used body language and tone of voice to show their savagery.

“This is the hardest character I’ve ever played,” said Deriann Green, who plays Piggy, the chubby, weak boy who is picked on by Jack.

The actors range in age from 6 to 18. Some of the students have read the book in school and struggled to find the right message in it.

“The moral is that we have a decision, we have to choose whether we should help one another or hurt one another,” said Lexi Eagle, who plays the female version of Jack, Jackie.

Claire Stepanek plays the character Ralph, whom Morales switched to Ruby for the female version. Stepanek said playing a character who can be so violent was a challenge for her, even though Ruby is the kinder of the two leaders in the story.

“The beast is in everyone. It’s that evil side of us,” she said.

Josh Conner, who plays Jack, said he is enjoying the primal scenes in the show and portraying his alter-ego, a dangerously savage boy.

“A teacher told me the evil is in everyone,” Conner said.

“The violence is inherent. Everybody has a breaking point.”

Call the theater at 591-9535 or visit their website at venturetheatre.org for tickets.

The savagery in Venture’s all-female version of “Lord of the Flies” takes on a more psychological tone with its choreography, body language and vocal inflections. The all-female cast hits the boards on Saturday, Oct. 1.