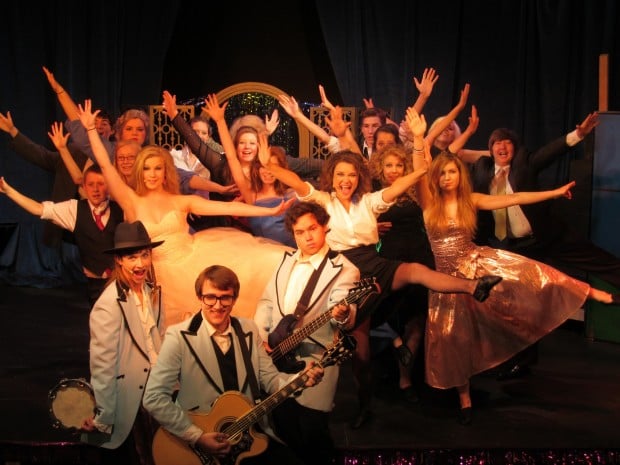 “The Wedding Singer” may have come up short at the Tonys, but it’s not short on exuberance and catchy tunes. Venture Theatre’s teen production of the musical opens Friday, July 13. 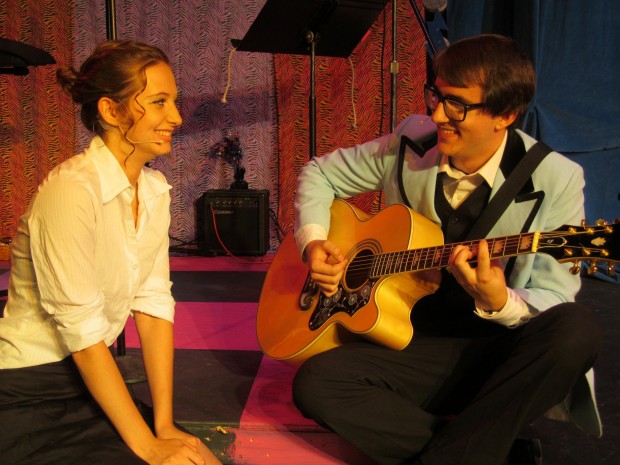 There are moments in Venture Theatre’s new teen production of “The Wedding Singer” where you may be grateful that Drew and Adam aren’t there.

Adam Sandler’s goofy songs made it in, including the two he wrote for the 1998 movie with Drew Barrymore — the punk-infused “Somebody Kill Me Please” and the love ballad, “Grow Old With You.” But the two leads in this local show, Taylor Roberts as Robbie Hart and Karlee Adler as Julia Sullivan, are such fine vocalists and have so much youthful charisma, you may not miss Drew and Adam at all.

“The Wedding Singer” opens tonight and runs through July 29 in Venture Theatre’s Roebling Theater. Call the theater at 591-9535 for ticket information or visit venturetheatre.org.

Compared with last summer’s teen production, “Into the Woods,” that offered up all kinds of folky wisdom, this show is just for fun. But it does tackle one important lesson: Don’t rush the nuptials.

After Robbie gets dumped at the altar by his girlfriend of seven years, he’s singing a different tune to a group of the unloved at a wedding. “Casualty of Love” is the best rock song of the show and shines a rare spotlight on the geeks who never get asked to the prom.

Sit back and enjoy the phony fun of the ’80s, where glitter runs rampant with its buds, press-on nails and frizzy permed hair.

The cast members had fun cutting loose in this show. Yasmin Morup dyed her short blond hair rainbow colors in the back to portray a Cyndi Lauper impersonator in the final scene. Other actors portray Mr. T, Tina Turner and Imelda Marcos. But the actor who most embraced his quirky role is Josh Conner, who portrays the flamboyant Boy George in a drunken Johnny Depp-like stagger. Conner’s braided hair extensions, tambourine and 10-gallon sparkly cowboy hat all work to bring the looniness of the ‘80s to the stage.

The Broadway show was nominated for five Tony Awards in 2006 in all the big categories, including Best Musical and Best Original Score and Choreography, but fell short in all.

Will this show make you think about being a better person? No. Will it force you to reconsider day glow as a wardrobe staple? Again, no. But it will make you laugh. And for summer theater, maybe that’s enough.

“The Wedding Singer” may have come up short at the Tonys, but it’s not short on exuberance and catchy tunes. Venture Theatre’s teen production of the musical opens Friday, July 13.