Ferch taps into characters' troubled lives
Share this
1 of 2 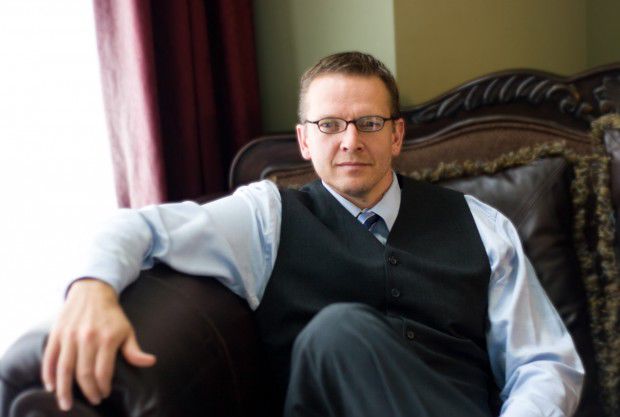 Shann Ferch, who writes under the name Shann Ray, grew up in Livingston, played college basketball at a Montana State, and is a professor at Gonzaga — where he celebrates the Zags' run to the Final Four. 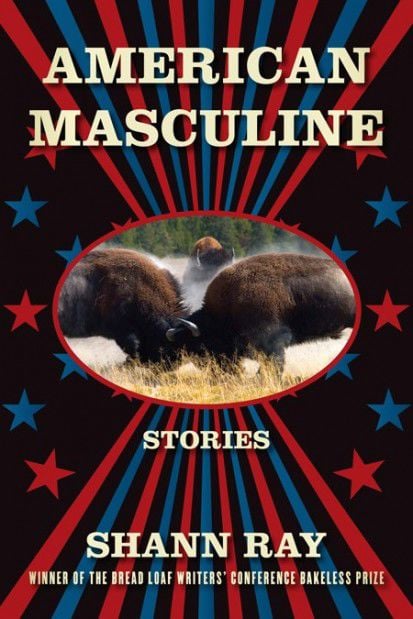 "American Masculine," by Shann Ray, is a High Plains Books Awards finalist in the first-book and short-story categories.

On the surface, Shann Ferch’s life as a college professor and happily married father of three daughters is at odds with the troubled protagonists in his collection of short stories, “American Masculine.”

That dichotomy isn’t so clear-cut for Ferch.

Every family, if you include a few generations, is a mix of violence and love, he said in a telephone interview from his office at Gonzaga University in Spokane, Wash.

Both he and his characters go beyond single-dimensional lives.

Characters in his book all are looking for a way to change their desperate lives, and Ferch’s own life hasn’t been trouble-free, although he didn’t experience the gut-wrenching brutality inflicted on many of the fictional people about whom he writes.

Ferch also has had some spectacular highs, literally, as part of the flying Ferch brothers who shot through Montana high school and college basketball in the 1980s.

Ferch’s collection of short stories is a finalist in two categories — first book and short story — in the High Plains Book Awards, which will be given out Saturday night at the Yellowstone Art Museum.

He also will be part of a short-story panel at the High Plains BookFest earlier that day, at noon at the museum's Visible Vault.

Born in Billings 44 years ago, Ferch moved with his family to Alaska before returning to Montana when his father, Tom, took a job coaching basketball on the Crow Reservation.

He and his older brother, Kral, brought that game to Livingston when their father became coach of the Park High Rangers.

Their ability to leap over opponents to dunk the ball is legendary and won the team two state championships.

In 1983, the Ferches helped the Rangers beat Deer Lodge to win the boys’ A state championship in Billings. The final score, 104-62, was the biggest point spread in any Montana championship basketball game to date.

Shann followed Kral to Montana State University in Bozeman to play for the Bobcats. After Kral graduated, Shann transferred to California’s Pepperdine University to continue his collegiate basketball career.

Ferch now is a professor of leadership and forgiveness studies at Gonzaga.

Forgiveness studies grew out of research that found that the capacity to forgive can be measured scientifically. Studies also look at how that aptitude — or lack of it — shapes people’s lives.

Research has shown that people with the ability to forgive suffer less frequently from depression or develop fewer illnesses such as heart disease, Ferch said.

In a world where violence begets violence and hatred never seems to abate, what hope is there for forgiveness?

Perception often is the enemy of hope, he said.

“The media has to get ratings,” Ferch said. “So it focuses on violence” instead of people working on solutions.

In a nonfiction book he wrote, “Forgiveness and Power in the Age of Atrocity,” Ferch tells stories of forgiveness from around the world.

“Ultimate forgiveness is stronger and can overcome ultimate violence,” he said.

He chose the field to study after realizing that forgiveness is central to healing families with problems.

Forgiveness also helped his own family when his parents had marital problems that led to divorce. With faith in family and God, they changed their lifestyle and remarried, he said.

In “American Masculine,” written under the pen name Shann Ray, Ferch writes movingly of the vast Montana spaces where the stories take place, but his human landscape is grim.

The stories are a litany of alcoholism, suicide, divorce and child battering.

In one story, Ferch details what it feels like to smash a fist into another man’s face during a barroom brawl.

The title of the book taps into Ferch’s belief that all people have both masculine and feminine elements within them.

Men who cut themselves off from their feminine side and women who deny masculine characteristics in their personalities have difficulty with intimacy, he said.

The stories feature people seeking ways to change so their lives will be better.

All stories are set in Montana, a state he still considers home and has a strong attachment to. His parents live in Bozeman. Shann, brother Kral, a computer scientist with Microsoft in Redmond,Wash., and their father have returned to play in the Big Sky State Games in Billings.

Tom McGuane, just in from getting his place buttoned up for fall, couldn’t pass up a few M&Ms on the way to the phone.

Reception: 5 p.m. at the Babcock Theatre.

Shann Ferch, who writes under the name Shann Ray, grew up in Livingston, played college basketball at a Montana State, and is a professor at Gonzaga — where he celebrates the Zags' run to the Final Four.

"American Masculine," by Shann Ray, is a High Plains Books Awards finalist in the first-book and short-story categories.