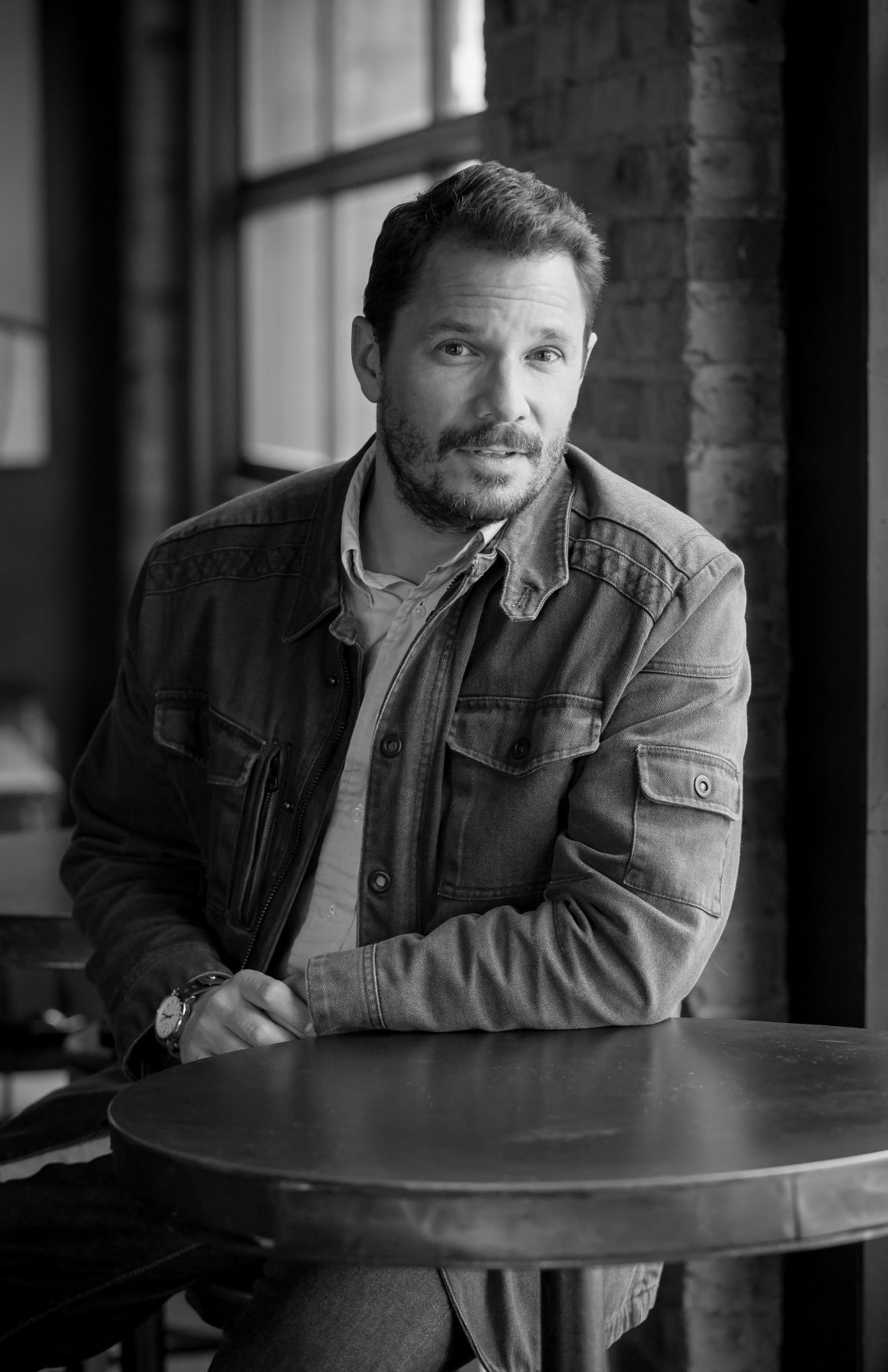 Chicago-based writer Giano Cromley, whose latest short-story collect is titled "What We Build Upon the Ruins (and Other Stories)", is back in Billings for a holiday visit, which will include a hometown reading Friday, Dec. 29 at This House of Books, 224 N. Broadway. 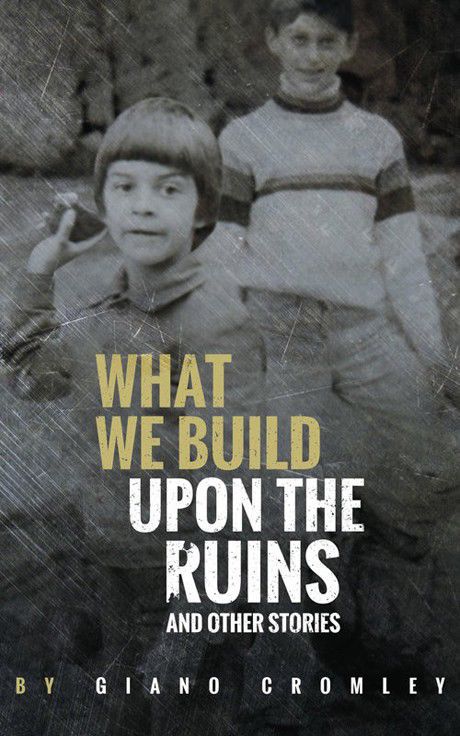 Billings native Giano Cromley took two decades to finish up the 11 fictional short stories in his latest book, "What We Build Upon the Ruins (and Other Stories).

The collection was released in mid-November on Tortoise Books out of Chicago, where Cromley has lived since 2002. He is doing a reading to promote the new book at This House of Books at 5:30 p.m. on Friday, Dec. 29, as part of his holiday trip home to Billings. It’s a chance for Cromley to reconnect with old friends and hobnob with new literary friends he made since his first book, “The Last Good Halloween,” was a finalist for a High Plains Book Award in 2013.

In a telephone interview with The Billings Gazette, Cromley said one of his writing teachers at the University of Montana once told him that short stories are more closely related to poems than novels. He noted that with short stories, you have to polish every sentence. Cromley finished his MFA in creative writing at UM in 2001.

"That's how I read my short stories — with that microscopic gaze. The short story invites re-reading," he said.

Cromley never set out to find a common theme in the stories, but one emerged.

“It’s almost like getting a window into some overriding thoughts I had. Looking at the book, the theme is rebuilding your life, putting things back together after bad things happen.”

Cromley said about 60 percent of the time he writes in first person so he can get inside a character’s head and write from that prospective.

“It feels like if you are going to depict the interior life of someone you need to understand that life. You get in there and root around and see what happens. Their decisions determine the plot, and you need bad decisions if you are writing a story with an interesting plot.”

It usually takes a few hours to shake off a character and get “back to the land of the living” after he’s been writing from a different point of view.

“I don’t write my stories as flowery, day-in-the-life stories. I feel like there is something going on and there are stakes and ramifications, a force to keep people turning the pages,” he said.

Cromley said three of the stories are connected, following the same family through a summer they spend building a canoe. The photo on the book shows two brothers, but it is not Cromley and his brother, as some people have assumed, rather two Ukrainian brothers photographed in the 1980s. Cromley grew up in Billings and graduated from Senior High School in 1991. After he earned his undergraduate degree, Cromley worked for former Senator Max Baucus as a deputy press secretary and speech writer until returning to Montana to earn his master's degree.

"No one wants to hear it, but you just have to put words on paper. The most valuable part of the MFA was being able to devote two years to writing. It's a time of deep work. You're on your own, writing as much as possible."

Cromley teaches composition and literature at Kennedy King City College of Chicago, where he is also department chair. Like other writers and teachers, he worries that people don't read enough. But he doesn't let that discourage him or change the way he writes. He has resisted what he calls the "zombie wizard vampire" niche.

"I gear my writing toward what I would like to read. I hope there are other people out there who share that interest."

“I don’t write my stories as flowery, day-in-the-life stories. I feel like there is something going on and there are stakes and ramifications, a force to keep people turning the pages.”

When I look over this list of the best books of 2021, I see what’s not there, what didn’t make the final cut and deserved the hosannas. Rebecca Solnit’s discursive biography “Orwell’s Roses.” Clint Smith’s sobering travelogue “How the Word is Passed.” Matt Bell’s climate-change epic “Appleseed.” Even Seth Rogan’s “Yearbook,” a consistently thoughtful collection of essays on the strangeness of ...

6 books to add to your reading list for December

If you're reading this: Congratulations! You've made it to the first semi-post-pandemic holidays and almost to the end of a tough year. What better way to escape from — or face up to — troubles past and future than with books? The following six should carry you into 2022. Our most anticipated December releases include a professor's memoir about his tumultuous relationship with his late father, ...

Best Gift Books to Give 2021: Forget the shortages, there’s something on this list (Marvel, art history, Beatles lyrics, sex advice) for everyone

You’ve probably heard that the supply-chain crisis has been particularly hard on bookstores. These next few weeks, the most sought-after titles could be frustratingly sought after, even after you’ve stopped soughting on Christmas Eve. Santa is facing ships stuck outside ports, nonexistent warehouse space and manufacturing stoppages. Laying a finger aside of his nose, while laying another ...

Review: 'Wish You Were Here,' by Jodi Picoult

Alone and out of touch on the Galapagos during the COVID-19 lockdown, a young woman reconsiders her life. "Wish You Were Here" by Jodi Picoult; Ballantine Books (338 pages, $28.99) ——— March 13, 2020. The first words of Jodi Picoult's novel strike dread, or at least trepidation. Do we really want to relive those disorienting, soul-crushing first days of the shutdown felt around the world? ...

Review: 'We Are Meant to Rise,' edited by Carolyn Holbrook and David Mura

A collection of essays from a wide-ranging group of Minnesota writers exploring life during COVID-19 and the aftermath of the murder of George Floyd. "We Are Meant to Rise," edited by Carolyn Holbrook and David Mura; University of Minnesota Press (224 pages, $18.95) ——— Who is allowed to tell their story? Who is silenced? And what is lost when stories go untold? As the anthology "We Are Meant ...

A father of daughters wrestles with what to do about abuses he discovers at a Magdalen laundry in 1950s Ireland. "Small Things Like These" by Claire Keegan; Grove Press (128 pages, $23) ——— Claire Keegan, award-winning author of two collections of short stories and a novella, now gives us her best work yet. "Small Things Like These" is a short, wrenching, thoroughly brilliant novel mapping the ...

Here are the bestsellers for the week that ended Saturday, Nov. 27, compiled from data from independent and chain bookstores, book wholesalers and independent distributors nationwide, powered by NPD BookScan © 2021 NPD Group. (Reprinted from Publishers Weekly, published by PWxyz LLC. © 2021, PWxyz LLC.) HARDCOVER FICTION 1. Go Tell the Bees That I Am Gone. Diana Gabaldon. Delacorte 2. The ...

Chicago-based writer Giano Cromley, whose latest short-story collect is titled "What We Build Upon the Ruins (and Other Stories)", is back in Billings for a holiday visit, which will include a hometown reading Friday, Dec. 29 at This House of Books, 224 N. Broadway.