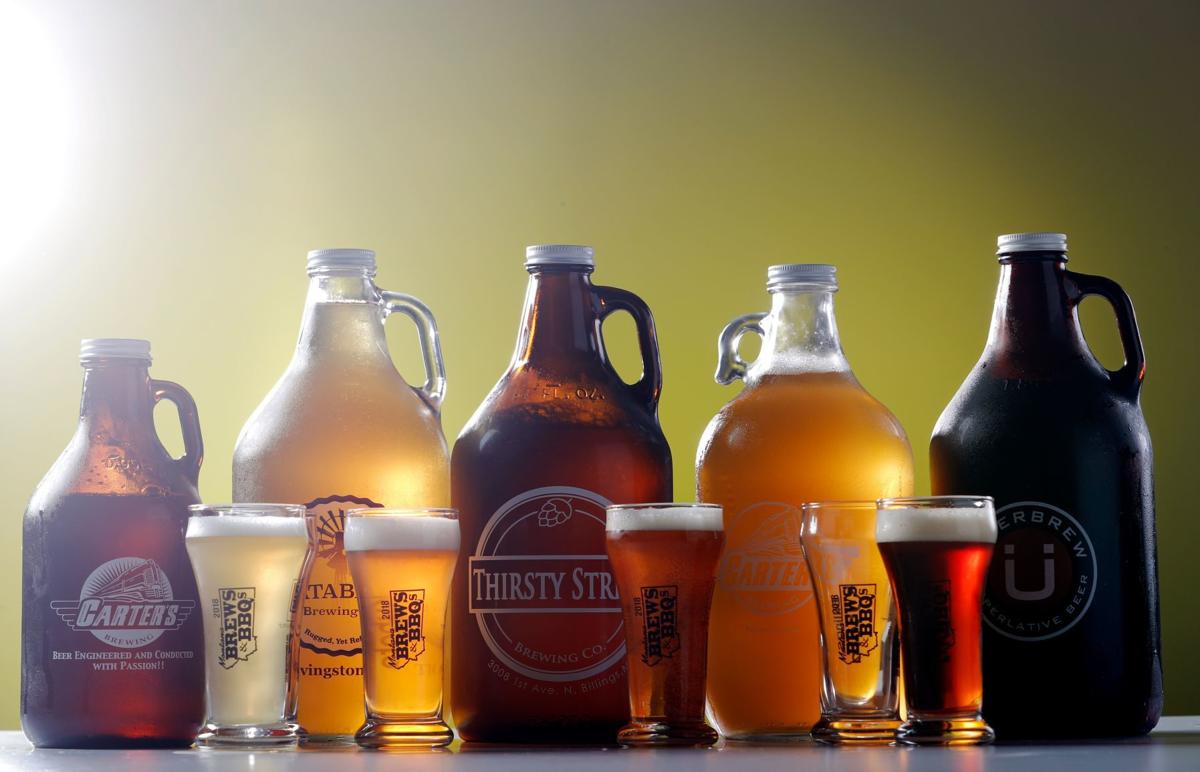 A selection of beer from Montana breweries coming to Montana Brews & BBQs at MetraPark. 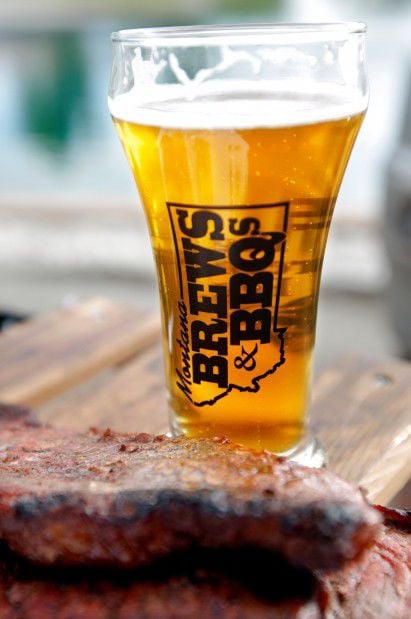 India Pale Ales are all the rage in Harlowton, a farm town in south-central Montana with just under 1,000 people.

It was here that Drew Galahan started a brewery named after his grandfather, Harold "Gally" Galahan, who with his wife Bessie ran a five-and-dime store in Harlowton in the 1960s.

Galahan wasn’t expecting a bold, hoppy beer to take over, but he’s responding to the community’s demands with three IPAs on tap.

Though he sees a fair amount of tourists coming into the brewery, Galahan estimates his customer base is 60 percent local. “I think people are trading up for higher quality beer,” Galahan said.

Two of Gally’s beers — Rusted Rail Irish Red and Crazy Peak Pale — will make their way to Billings on Saturday for Montana Brews & BBQs, annual event celebrating the diversity of craft beers across the state.

“We are proud of Montana and want to boost and support our local people,” said Devon Hedin, one of the event promoters. “Montana is the fourth-largest state. It’s hard visit all those breweries.”

There are 75 breweries in Montana, and that number is growing. At least a dozen new breweries are scheduled to open by the end of the year, according to the Montana Brewer’s Association.

Originally called Billings Microbrew Festival, the event began in 1994 at the Shrine Auditorium. “At that time, the public was just grabbing onto microbrews,” said Mark Hedin, who has been part of the event from its beginning, along with his wife Rhonda. His sons Devon and Beau have also become a larger part of organizing the event as they’ve grown older.

At the event’s peak, nearly 100 different products were offered, but there wasn’t enough active brewers to offer exclusively Montana products — or even small craft brews. The event included national products such as Zima and other “malternatives,” as well as larger breweries like Red Hook, Sam Adams, and New Belgium.

At that time, western Montana had the most active brewery scene, and beers made their way to Billings from Bayern Brewing and Big Sky Brewing Co. of Missoula, Great Northern Brewing Co. of Whitefish, Lone Peak Brewery in Big Sky, as well as Harvest Moon Brewing Co. of Belt in west-central Montana.

After 11 years, the Hedins sold the festival and then launched Brews & BBQ in 2011 at Metra Park. They moved the event outdoors, added live music, food vendors, and decided to center the event around kegged Montana beers.

“We wanted and desired diversity, but there wasn’t the diversity back then. Now there are so many more brewers. There is the entire gamut of beer out there,” the eldest Hedin said.

This year’s event will feature 80 beers from 35 Montana breweries. Since the festival’s reincarnation, the market has grown enough that organizers are now turning away breweries. “We don’t have the room and pourers,” Hedin said.

Beau Hedin, who has been part of organizing the event with his father, said he’s seeing an uptick in sour beers and ciders, as well as an influx of hoppy, fruit-infused IPAs. “These sours and the big IPA profiles have people’s palates expanding and demanding new and more interesting beers,” he said.

Though the event is heavily focused on beer, a few varieties of alcoholic ciders will be offered from Red Lodge Ales, as well as a line of craft sodas from Polar Beverages.

As the name indicates, barbecue is also central to the experience, and several BBQ-specific vendors will participate, including Half Ass BBQ, Big Guy BBQ, Blue Moose BBQ, and Noah’s BBQ. Other food truck vendors theme their offerings around the event, such as Cajun Phatty’s barbecued alligator, roasted on an open pit, and Taste of Asia’s barbecued pork.

Montana Brews & BBQs takes place Saturday, July 14 from 1 – 10 p.m. featuring 80 different beers from around Montana, and many brewers will be on hand during the show. Admission to the event is free, but for beer drinkers, $25 gets you a 7-ounce tasting glass as well as 10 tokens to redeem for beers. Additional tokens are three for $5.

The event is presented in partnership with the Breakfast Exchange Club, and a portion of the proceeds will go to the Family Tree Center to prevent child abuse and neglect in Yellowstone County and the surrounding area.

Betty White Tribute Movie to Air on Her 100th Birthday

Betty White Tribute Movie to Air on Her 100th Birthday

A selection of beer from Montana breweries coming to Montana Brews & BBQs at MetraPark.