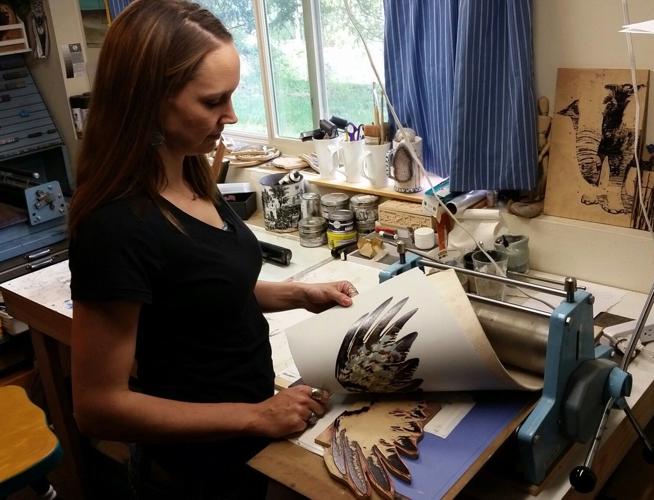 Kate Standish Machain makes a prints from one of her woodcuts pieces. The UM art graduate will have her first Billings showing at the Downtown Billings Alliance during ArtWalk. 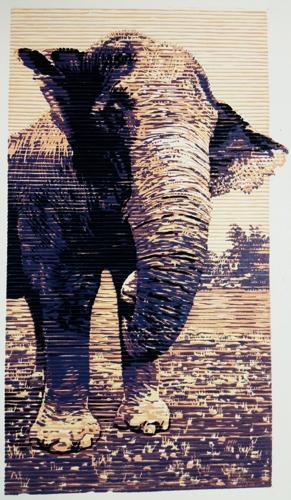 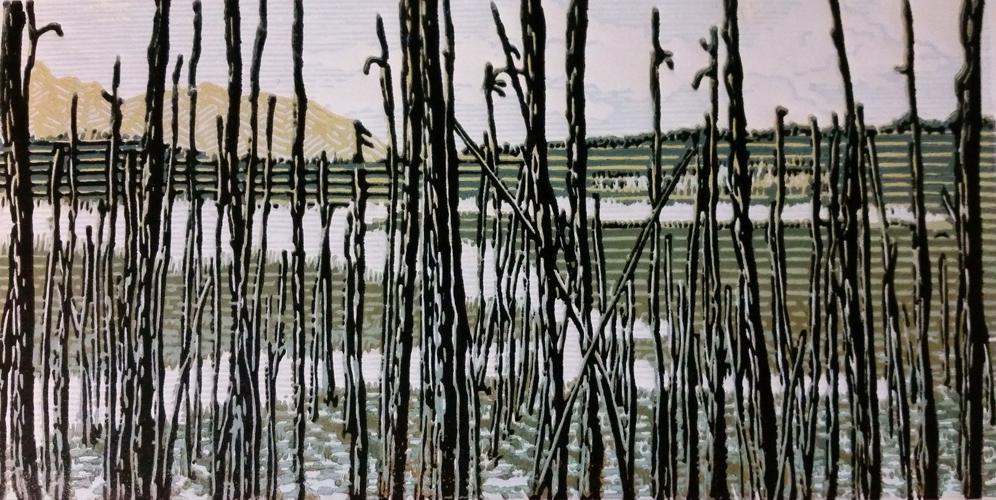 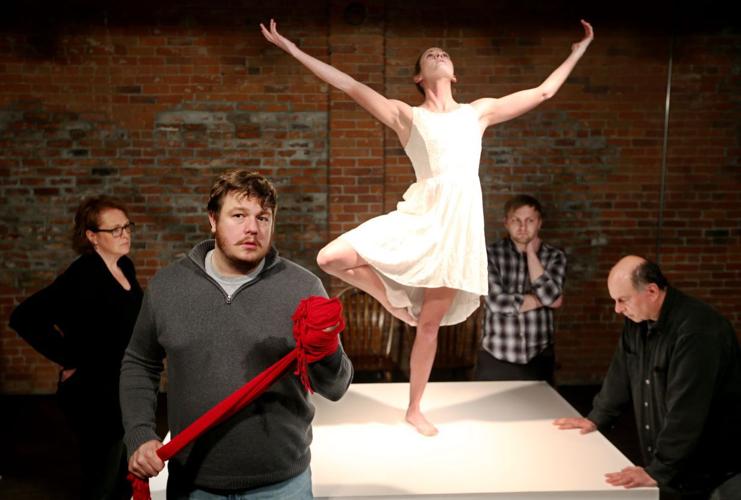 Dina Brophy, Patrick Wilson, Carly Green, Dan Nickerson and Dave Caserio rehearse for the original show "All Together Now" in 2016.

Groups of people were leaving the venue, 2905, before it even started. Why? Because the play, “All Together Now,” was sold out.

This production is a locally scripted, fringe theater piece, and there were no big song and dance numbers. Instead, it features four Billings performers, Dina Brophy, Dave Caserio, Patrick Wilson, and Dan Nickerson, revealing their character’s inner demons following a tragedy. The fifth performer, Carly Green, uses modern dance movements to change the other character's destructive behavior and to get them to reconnect.

The play doesn't rely on dialogue to communicate grief, bitterness, and ultimately love. Because director Krista Leigh Pasini is a dancer and choreographer, her vision for the piece was to use the body to convey messages from the heart.

At times it was uncomfortable to watch and because the audience members sit just inches away from the cast, you can't escape the drama that unfolds. It feels like we're peeping into a window of this family’s home. During rehearsal, Green's arm fell into my lap, making my connection to the story even more intimate.

The longer the production played, the bigger the crowds were, prompting Pasini to extend it one more weekend. You can still catch “All Together Now” on May 6 and 7. It starts at 7:30 p.m., but I would get there early to make sure you get a seat. Admission is pay what you will.

That’s just one example of our growing demand for culture in Billings.

The venue, 2905, is just around the corner from the Art House Cinema and Pub and Underground Culture Krew, one of the venues for tonight's ArtWalk.

ArtWalk director Virginia Bryan snickered when she told me last week about a Missoula artist who wanted to show in the May ArtWalk in Billings.

As Bryan pointed out, Missoula has long been considered the center of the art world in Montana. How amazing is it to have a Missoula artist want to show in Billings?

Kate Standish Machain said the Billings show at the Downtown Billings Alliance will be her first in Billings. Since she grew up here, she wanted to show off her recent reduction relief prints or suicide block prints since she earned her art degree from the University of Montana in 2013.

Many of her pieces show off Montana scenes and animals.

More than 30 galleries and downtown businesses will open their doors tonight to show art. It’s also a social gathering, a chance to talk about art and culture in a town that has been viewed for a long time as conservative, and often more concerned with commerce than pushing the boundaries of art.

Well, things are changing. I'm happy and proud to be part of this evolving cultural scene.

The longer the production played, the bigger the crowds were, promoting Pasini to extend it one more weekend.

Kate Standish Machain makes a prints from one of her woodcuts pieces. The UM art graduate will have her first Billings showing at the Downtown Billings Alliance during ArtWalk.

Dina Brophy, Patrick Wilson, Carly Green, Dan Nickerson and Dave Caserio rehearse for the original show "All Together Now" in 2016.