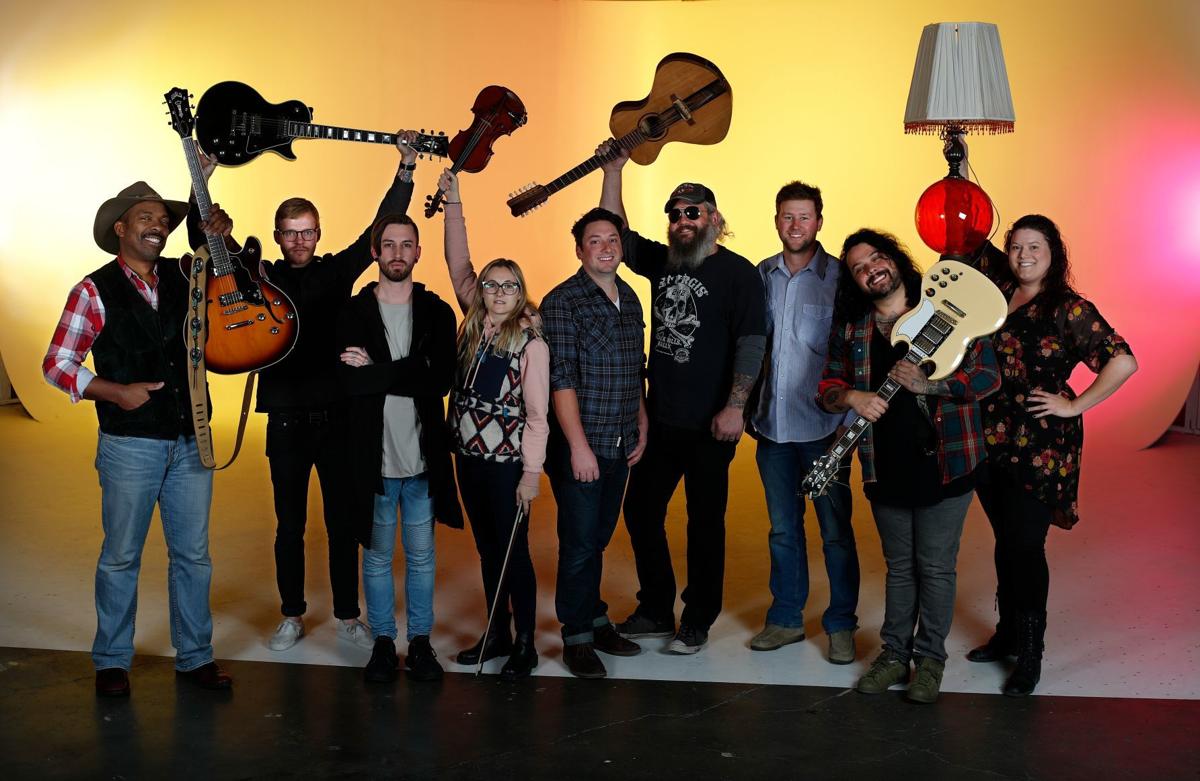 Local musicians, from left, Daniel Kosel, Riley Haynie of Deathwish, Marcus Barkac of Alder Lights, Meg Gildehaus of Arterial Drive, Grant Jones, Adam Rutt of High Country String Band, Nick Kozub of The Hellroaring, Jeremy Pettibone of Cloudflowers and Jessica Lechner, pictured in the Gazette studios. Along with their bandmates, each of these musicians performed at the 2018 Magic City Music Awards, which celebrates the local music community. 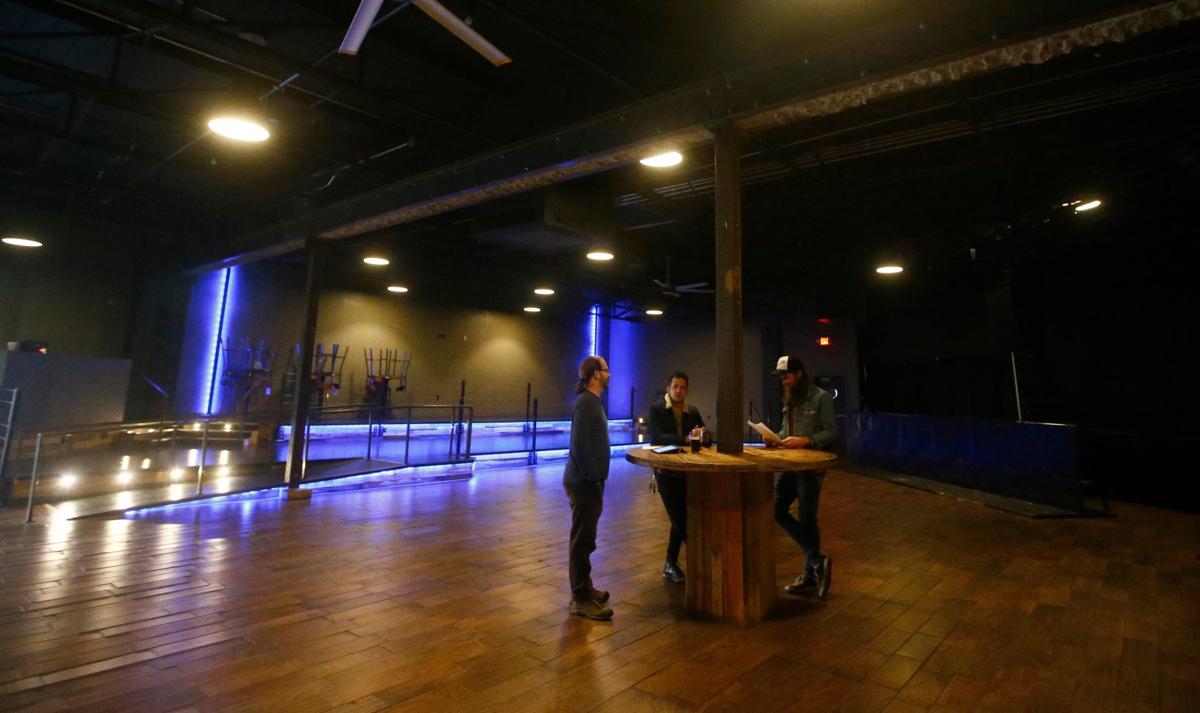 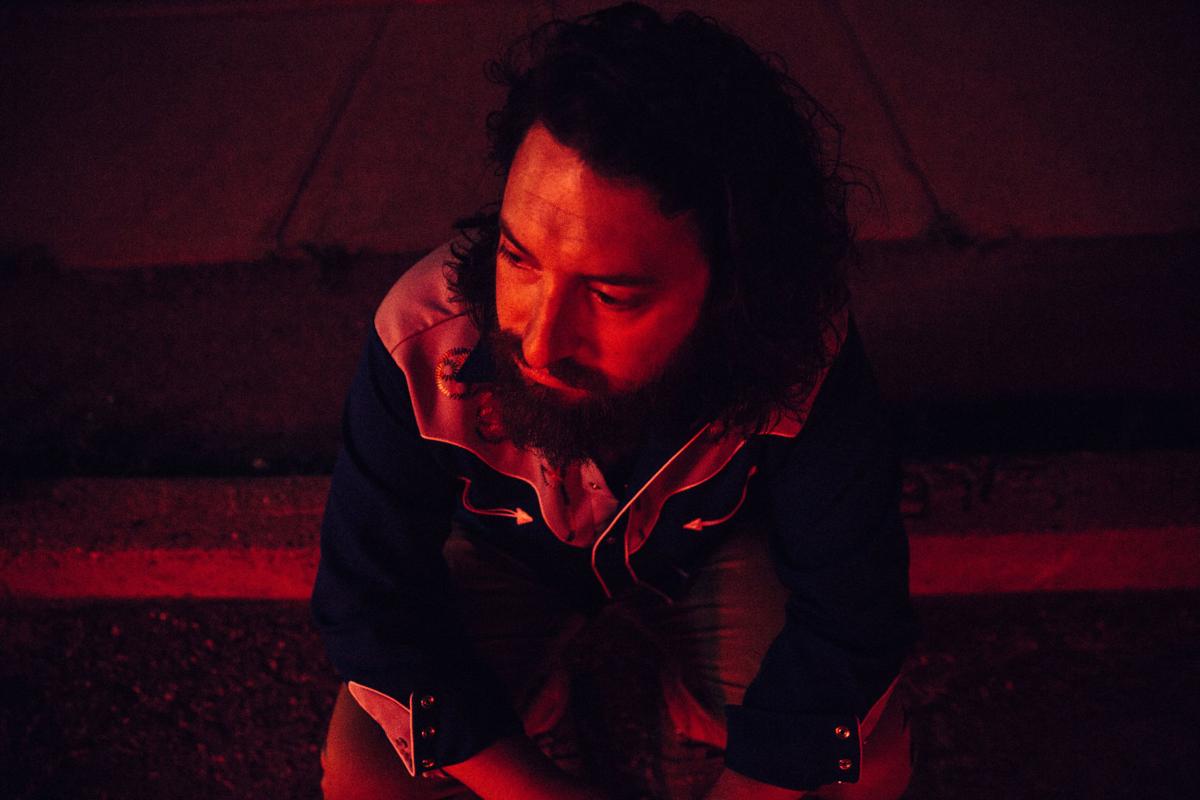 Despite changes in the local economy, including the shut down of Last Best News and the sale of Yellowstone Valley Brewing Co., the Magic City Music Awards is marching forward.

Historically, the annual awards have been attached to a news outlet — first to the Billings Outpost, and then the online Last Best News. The awards show is being carried forward by a committee of local music lovers, including George Moncure, Scot Ninnemann, Kerry Sherman, and Scott Wagers.

Committee members are volunteering their time to coordinate the awards show, “because we all love music,” said Moncure, whose brewery was a longtime host of the awards show.

“I’ve never seen the combination of openness, friendliness and talent that is in this music community,” said Ninnemann, who has lived in nine states. “And I want to do everything I can to encourage that.”

This year, the event will be held at the Pub Station, where organizers are planning to set up round tables and present the evening as more of a formal awards show — but not formal in the sense of stuffy, said Wagers, a photographer that often takes photos of local musicians.

As well, event organizers shifted it from a Sunday to a Friday night. “Saturdays are terrible for musicians; they have a ton of dates. Fridays are a bit better and a new opportunity to get people who couldn’t come out on Sunday for a variety of reasons,” said Moncure.

Performances by nine local acts will take place, including 2017’s New Band of the Year, the High Country String Band. Other performances by winners include Jessica Lechner, who was named female vocalist of the year two years in a row. Lechner will be performing with Hellroaring, a band nominated in the 2018 New Band of the Year category, joined by Grant Allen Jones. Deathwish, Cloudflowers, Daniel Kosel, Arterial Drive, and Alder Lights are also on the bill.

The event originated as the Tuneys in 2001, created by Scott Prinzing, who was at the time a music columnist with The Billings Outpost. In 2012, the name shifted to Magic City Music Awards.

That first year, Prinzing created nomination ballots after inquiring with folks in the local music scene. “I had to hound folks to get them to fill out and return them, so I had to fill in a few blanks to try and get a ballot with at least a few nominees in each category.” About 1,000 paper ballots were returned, Prinzing said.

Eighteen years later, voting is done exclusively online, and approximately 2,500 online ballots were submitted this year, which included 30 categories ranging from Album of the Year to various awards for musicians, including guitarist, vocalist, keyboardist, and more.

Because it’s difficult to keep up with the changing talent in the scene, the MCMA committee relies on information from the community. Categories and musicians were compiled after a call for nominations.

“There are so many talented musicians, if we are doing our job it will be reflective of it,” Ninnemann added.

The caveats for being nominated: the group or musician must have a strong presence in Billings, have performed locally from September 2017 – 2018, and live in the region. The boundaries are “squishy,” the committee admits, but anyone residing from Livingston to Sheridan and from Miles City to Cody were considered for the ballot, as long as they perform regularly in Billings.

Musicians from Seattle, Missoula, and Minneapolis were nominated but didn’t make the final ballot. “We felt comfortable saying they are not local musicians,” Ninnemann said.

Hours of research went into bands and musicians that the committee didn’t know, which Ninnemann said is part of the education process. “This is about celebrating a community and we don’t want to inadvertently leave people out.”

To keep the voting as fair as possible, only one online ballot per person is counted, to the best of the committee’s ability. “They are not trying to cram the ballot box,” Ninnemann said. “Occasionally, someone does, but we have different ways of catching them. But again, that’s really not much of an issue because people are honoring the intent of the awards.”

This year’s physical awards were donated by Alex Ferguson of Royal Fabrication. Based in Red Lodge, Ferguson’s business primarily focuses on manufacturing, with clients such as Stillwater Mine and area refineries. He often donates trophies for various events. “When you have to charge, the trophies themselves turn out underbuilt to fit a budget or price,” Ferguson said. “I would rather see the trophy actually be something that someone wants, not something they would take home and throw in the garbage.”

Magic City Music Awards is open to the public and takes place Friday from 7:30 – 11 p.m. A $5 admission price goes back to Amp Camp, a rhythm section retreat hosted each summer at Rocky Mountain College that helps prepare emerging musicians for a career in music.

Three bands performing at the awards show are up for New Band of the Year, and one of them is the winner, though organizers aren’t saying which one. This includes Deathwish, Hellroaring, and Arterial Drive.

This year, pop-up performances by surprise guests will also take place throughout the night. “We are going to keep the audience on their toes,” said event organizer and music photographer Scott Wagers.

Gwyneth Paltrow cut back on alcohol after battling Covid-19

Winners in the 2018 Magic City Music Awards, a celebration of the local music scene and its performers, musicians, bands and supporters, were …

Local musicians and event promoters are hosting "Love Your Locals Week" May 29 - 31 at the Pub Station, 2502 First Ave. N., dedicated to local…

Local musicians, from left, Daniel Kosel, Riley Haynie of Deathwish, Marcus Barkac of Alder Lights, Meg Gildehaus of Arterial Drive, Grant Jones, Adam Rutt of High Country String Band, Nick Kozub of The Hellroaring, Jeremy Pettibone of Cloudflowers and Jessica Lechner, pictured in the Gazette studios. Along with their bandmates, each of these musicians performed at the 2018 Magic City Music Awards, which celebrates the local music community. 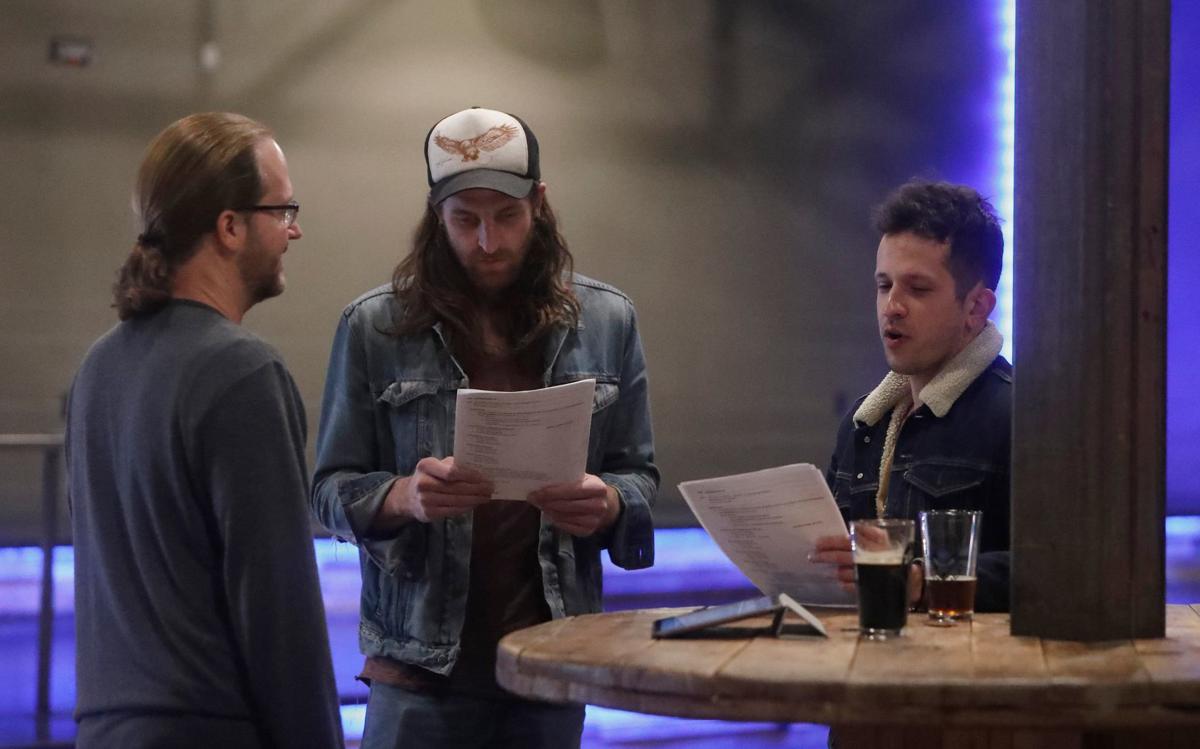 Kerry Sherman, right, and Scot Ninnemann, left, members of the Magic City Music Awards Committee, and Tyler Cook, who will emcee the event, discuss logistics for the 2018 awards ceremony at The Pub Station. 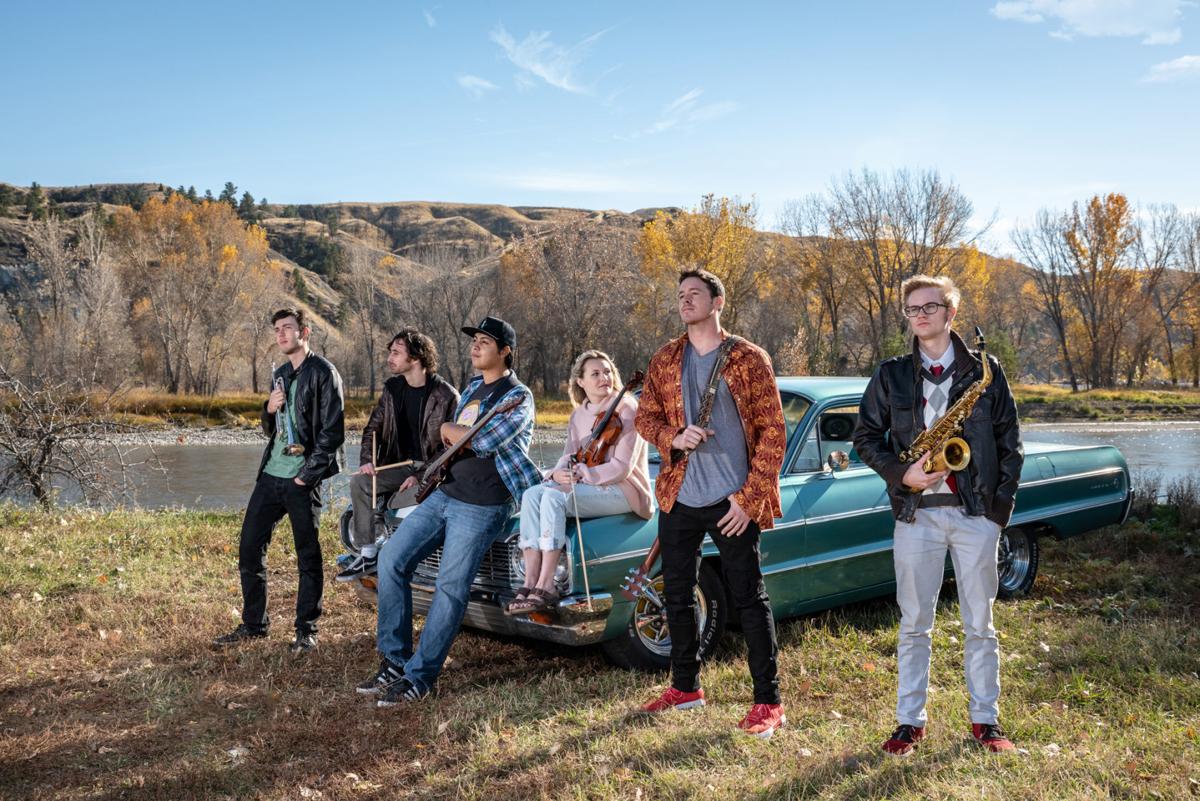 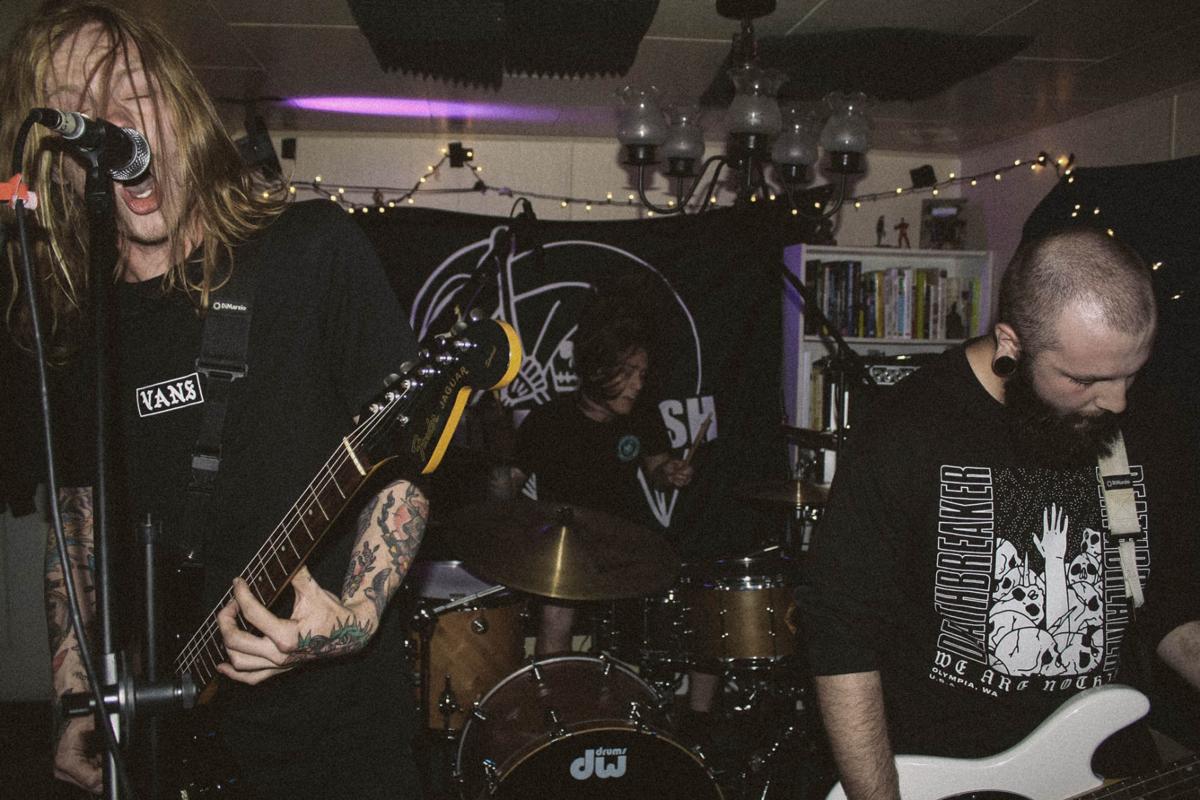 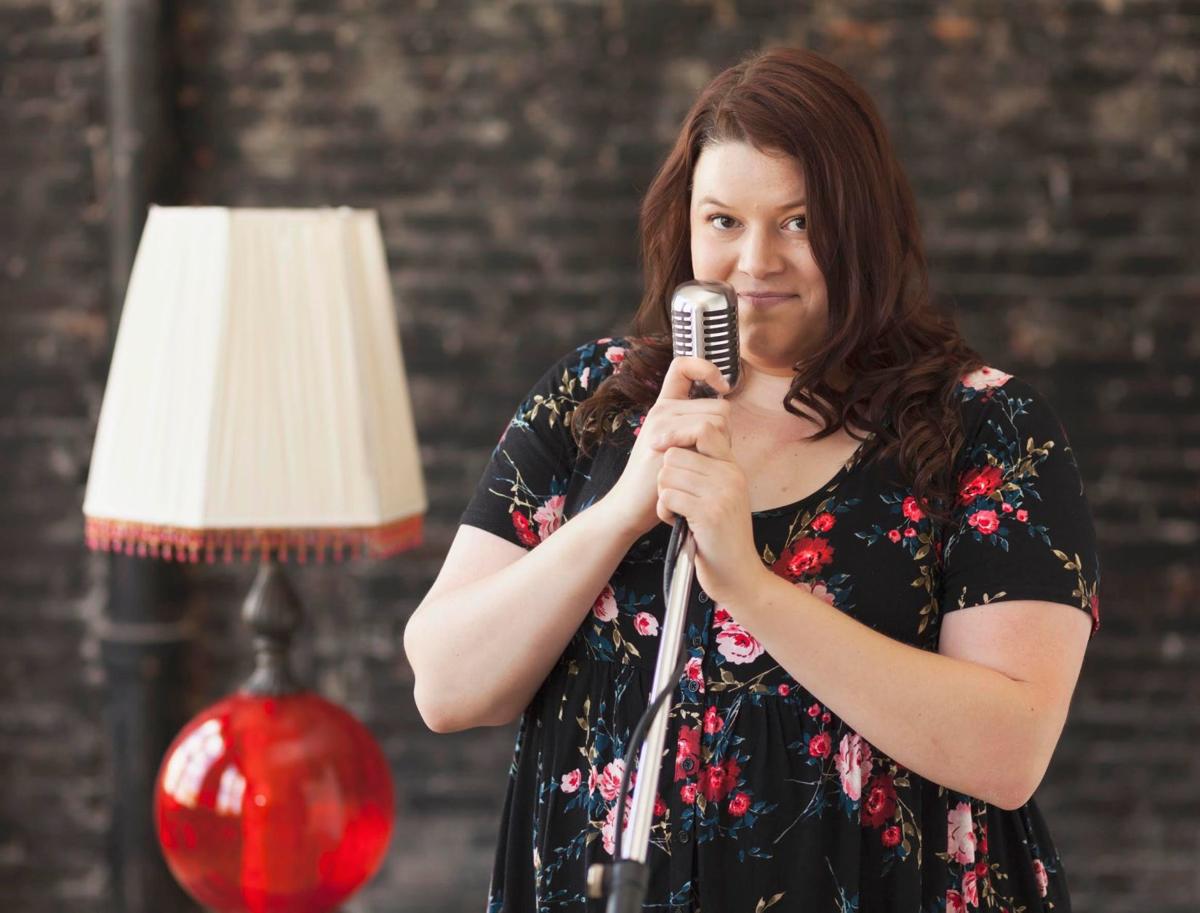 Billings singer Jessica Lechner was named Best Female Vocalist in 2017 by voters in the Magic City Music Awards. Voting ends on Friday for the 2018 awards, which will be announced on Nov. 2 at the Pub Station. 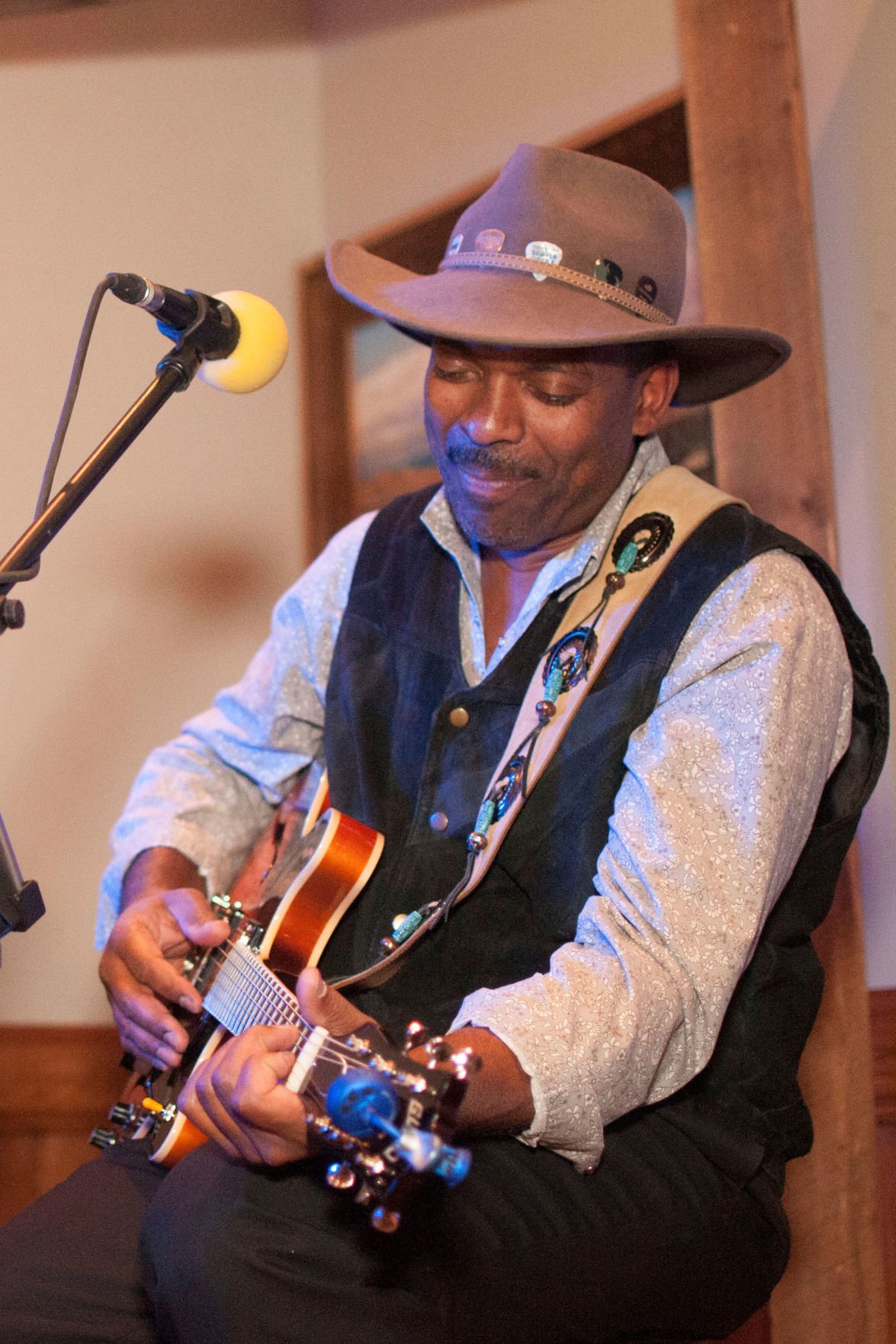 Daniel Kosel is seen in performance at the Pollard Hotel in Red Lodge. Based in Roberts, Kosel often performs solo, as well as country, rock and blues tunes with a band. 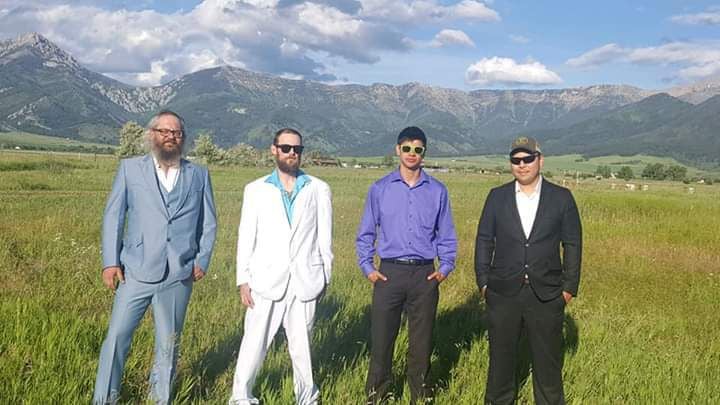 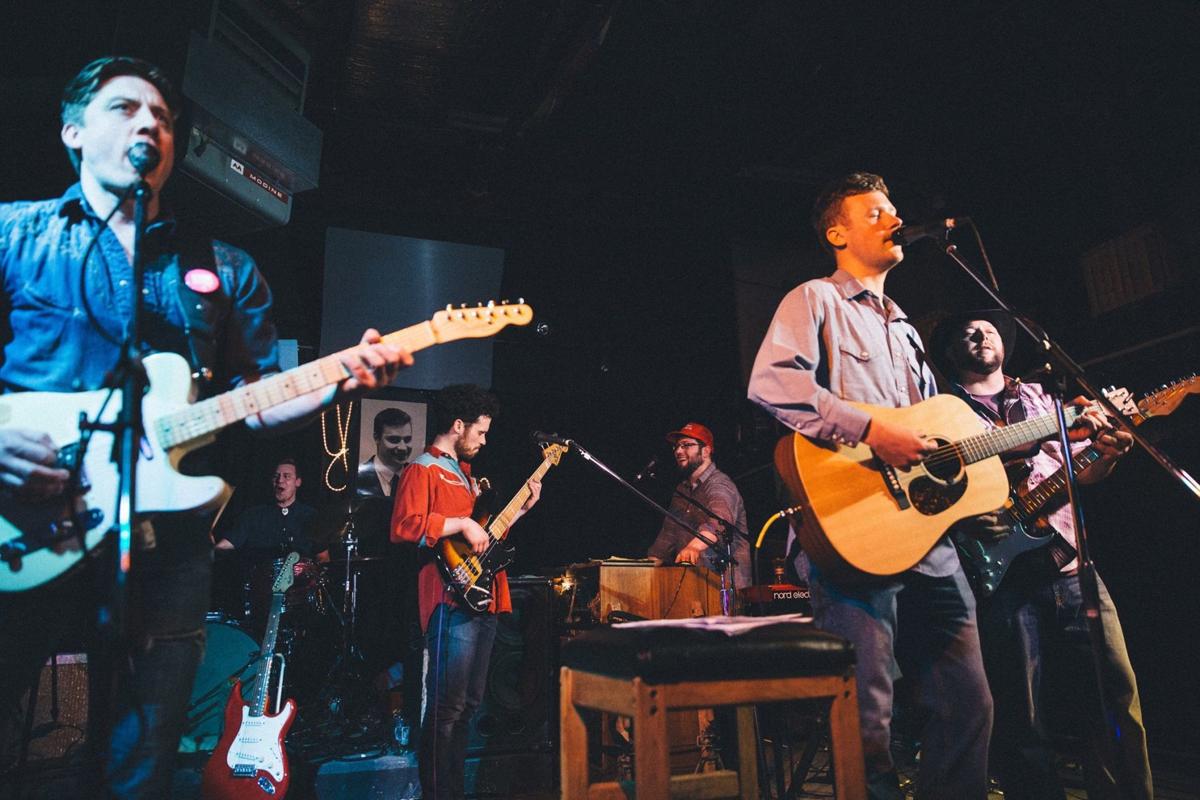 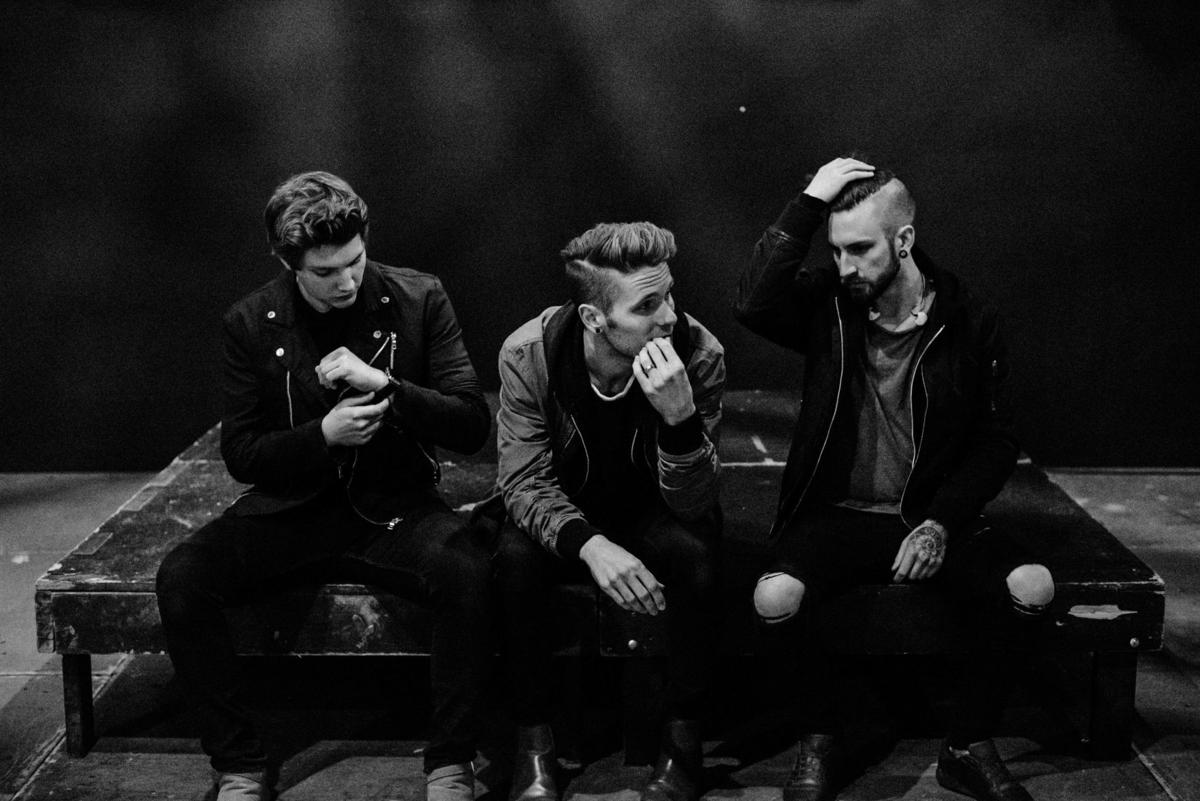 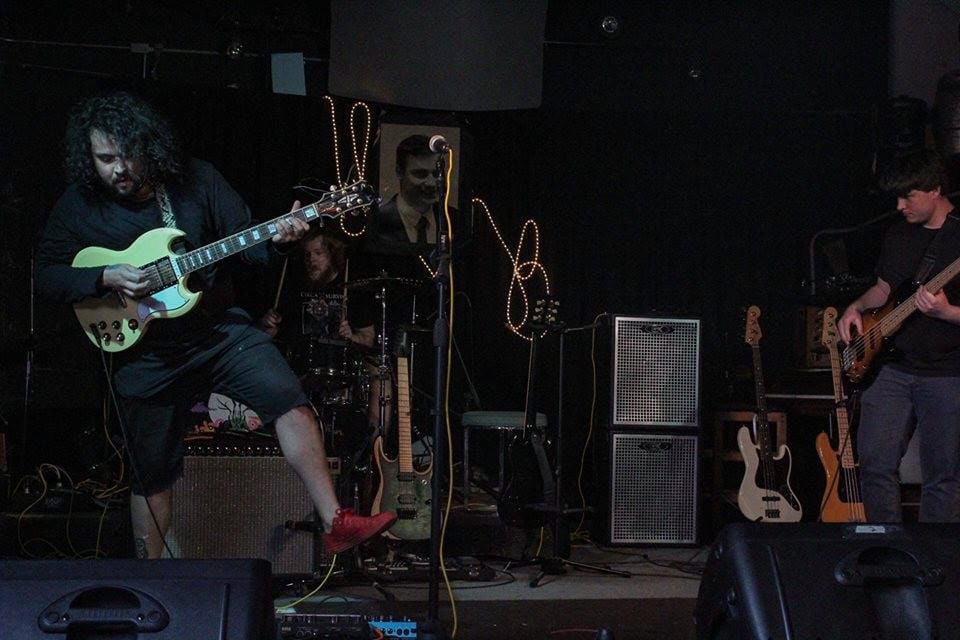 Jeremy Pettibone, JR Anderson, and Alex Campbell in performance with Cloudflowers, which features a roving collection of musicians that perform with frontman and founder Pettibone.