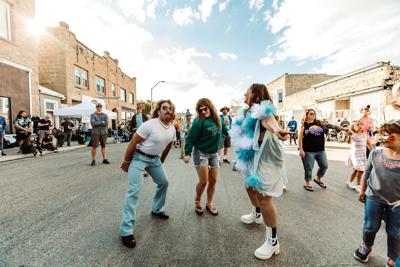 When band members Kayti Korte and Ben Morris get on stage, something comes over them. Pretty soon, it’s infecting the audience as well.

Korte plays bass and sings, while Morris handles production, keys, guitar and vocals. They’re a two piece, but that doesn’t limit the amount of noise they can make. And you’ll find whole orchestras that put off less energy than these two when they get going.

It all starts with the lineup. Korte and Morris aren’t just musical partners, they’re romantic partners, too. Korte, who was born in Billings and grew up in Laurel, met the Idaho native Morris at Montana State University in Bozeman.

They got engaged last November and are planning a wedding for a year from now. They’ve been together for six years, and been making music as Desperate Electric for four.

Music always made sense for them. Korte and Morris first met in choir class.

“I was entranced [with music] from a very young age,” Morris remembered.

You can hear it in their music. The duo’s newest record, “What Do You Want,” dropped on Friday, Sept. 9. It’s full of classic blue-eyed soul and the type of tight R&B that can only be made by students of the genre.

Desperate Electric call their music “electro soul,” although they resist attempts to classify their sound as one genre.

“We really touch on a lot of different genres – funk, R&B, soul, a little bit of rock, pop, alternative, ” Korte said. “Literally, all of it.”

Time has molded these two. Not just their music, but their whole lives. After graduation, they lived for a few years in Bozeman, but eventually felt the need for a change.

“In the summer of 2019, we decided to ditch our house,” Korte said. They loaded into a van, determined to tour full time and, as Korte said, “just send it.”

It was a good plan. Until the pandemic.

“We were kind of caught with our pants down,” Morris said.

They found salvation in an unlikely place. In 2020, they bought a house in Butte.

“We showed up at the right time,” said Morris. “You know, growing up, it was like ‘Ew, Butte, gross.’ But now I love Butte.”

As cost of living rises in other places in the Montana, Butte is becoming an attractive location for local artists.

“There’s many people who move here to be able to pursue their artistic ventures because they’re not able to afford to do so anywhere else,” Korte said. “Butte is providing that, and I think it’s just going to continue to get bigger.”

With a property of their own, Morris and Korte built a recording studio above their garage. That’s where all their music from 2020 on has been recorded. It’s rare for an independent band to have that kind of flexibility. They can make their work exactly how they want to make it.

Morris is a heck of a producer, with an ability to make beats that sound busy but clean, lived in and homey. His whole aura carries a sense of cool, from his long, wavy locks of brown hair to his smooth vocals. Korte is a live wire, with a voice that sounds like a melodic air raid siren.

“I’m definitely not a folk singer,” Morris admitted. “I’m not telling stories, per se. I just like to capture vibes.”

But there is a story here that can be followed through “What Do You Want.” This is a record made by people who really, really love each other.

“I knew it from the start, that you were gonna steal my heart,” Morris sings on the slinky “Karaoke.”

“Toasty” is a bouncy come-on, with the pair trading flirty verses. “You can feel the heat,” sings Korte.

“[Sensuality] is the most musical concept to write about for me,” Morris said.

With “What Do You Want” releasing on Friday, they’re ready for the next steps.

“Sometimes I feel like we’ve been doing this forever and I’m exhausted,” Korte said.

“But then the next minute I feel like we just got started,” added Morris.

They’re celebrating that album release with a homecoming show of sorts at the Thirsty Street Garage on Friday.

The location in downtown Billings one of their favorite venues.

“I remember when it was Yellowstone Valley Brewing,” Korte said, mentioning a particularly memorable Kitchen Dwellers show she attended at the Garage. “Iv’e been seeing music there for 15 years.”

Desperate Electric’s music is fun and technicolor. But it’s not all roses. There’s work here. Morris and Korte have spent untold hours in the studio and around 300 live shows honing their craft. And that’s just on the music side.

“Love takes work,” said Korte, “whether that’s in a couple relationship, or just friendship or other partnerships in your life. It takes work, but it’s worth it. And we can just have a dance party about it.”

“Dance your problems away,” Morris suggested.

“We’re all in this together,” Korte said.

“With honesty, and communication and understanding,” Morris interjected. “And love.”

Desperate Electric are celebrating the release of "What Do You Want" with a show at the Thirsty Street Garage in Billings on Friday, Sept. 9 at 8 p.m. Tickets are $10 and available at thirstystreet.com/tickets. "What Do You Want" is streaming on Spotify and Bandcamp.

Cooler temps on the horizon are just an excuse to get out an explore the Billings area. Here's some highlights from the upcoming week.

Comedian Ed Hill on being funny in un-funny times

Before he performs across Montana next week, get to know comedian Ed Hill, and his thoughts on his new special and his approach to touring.

After several years of being quiet, the Billings Community Orchestra (formerly known as the Billings Pops Orchestra) is excited to announce the restarting of their music group.

Just like the Dark Knight, events in Billings have returned. Here's a rundown.

Medium well done: The 'Long Island Medium' is a true believer, and she thinks you can be, too

Theresa Caputo will be at the ABT Sunday. In advance of that, she discussed her purported powers, how she thinks they can help people, and how she deals with skeptics. 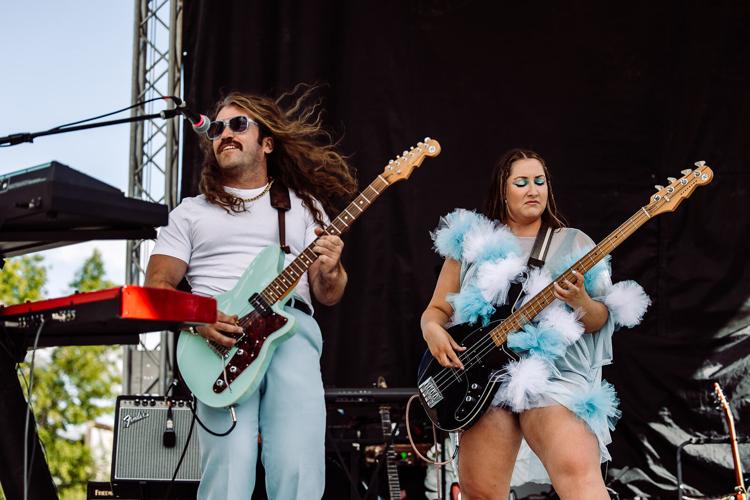 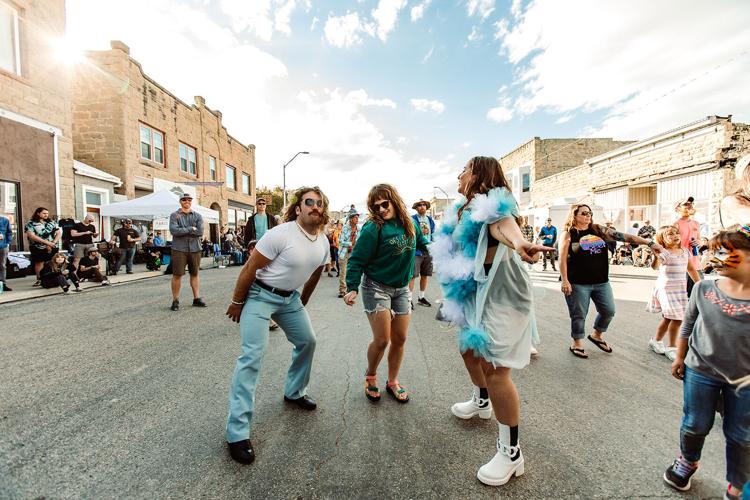 Desperate Electric join fans in the street during during the Harlo Music Project festival in Harlowton. 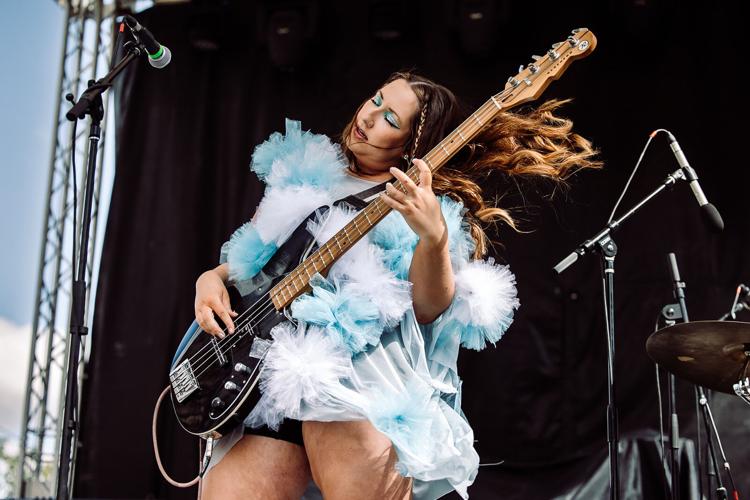 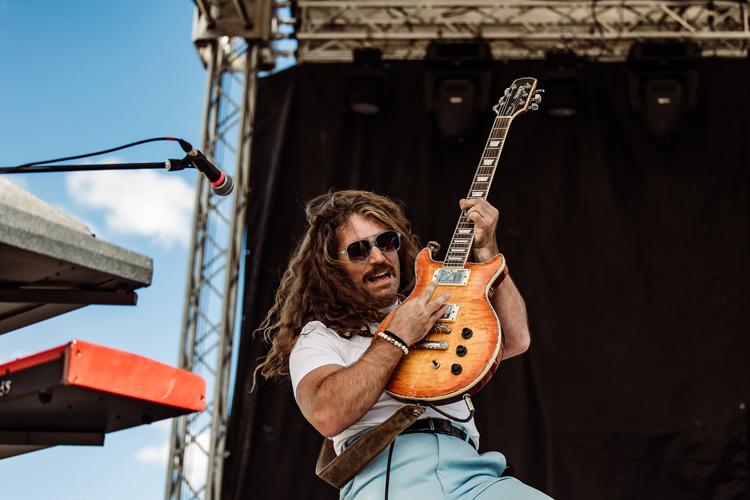 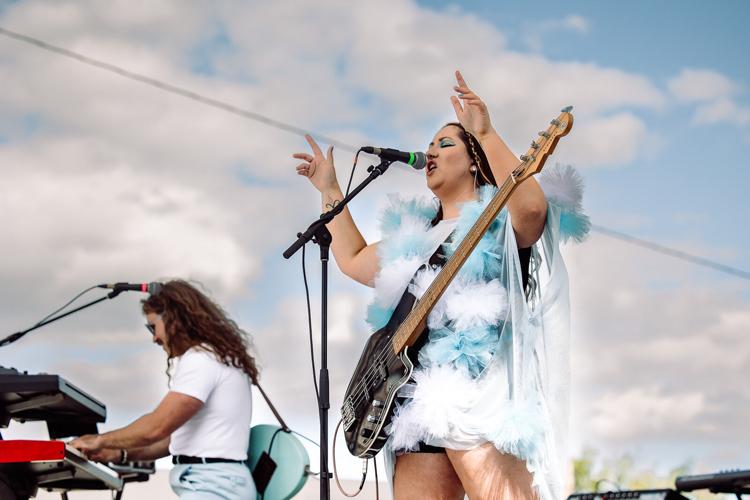 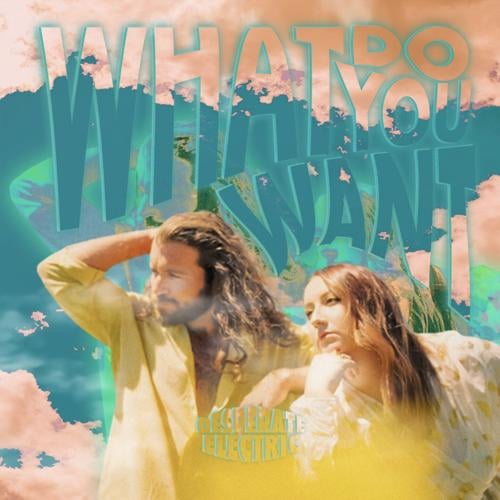 "What Do You Want," Desperate Electric's second record, is out Friday, Sept. 9.