Subscribe
Read Today's E-Edition
Share This
Medium well done: The 'Long Island Medium' is a true believer, and she thinks you can be, too
0 Comments
Share this 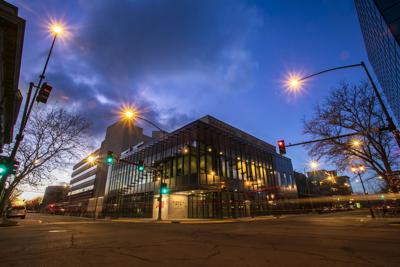 That's the core question at the heart of Theresa Caputo's story. Caputo claims to have extraordinary powers. In her own words, she said she "has the ability to communicate with people who have died."

She's a medium, someone who communicates with the dead and relays their messages back to folks here on earth.

It's far-fetched. And hard to believe. But Caputo knows that. And here's the thing. When Caputo explains her extraordinary powers to you, she does so with absolute conviction. She's very convinced that her powers are real, and that she can use them to help people.

She's got the resume to back it up. Caputo is the star of TLC's "Long Island Medium," a reality show that's run for 14 seasons since 2011. She's got a podcast called "Hey Spirit!," that includes a hotline at 1-866-TCAPUTO people can call to ask questions or try to get a reading. She also tours the country doing shows called "Theresa Caputo Live! The Experience."

There's an approachability to Caputo. The TLC show is built on that. You might expect a medium to be spooky or off-putting. But Caputo is all-together normal, presenting herself as a standard Long Island mom who, oh by the way, can see and communicate with the dead.

None of this would work if Caputo weren't so believable and thoughtful about what she does. And she's genuinely committed to helping people grieve and understand more about themselves and the people that molded them.

"I believe that we all have a connection to communicate with our own departed loved ones, because that's a soul bond that can never and will never be broken." she said. "But I have the ability to connect with everyone's loved ones."

Can she really do that? Who's to say. America has a long tradition of Spiritualism, the belief that communication with the dead is possible, and Caputo is another installment in that.

Caputo is, of course, from Long Island. But it was in nearby upstate New York that American Spiritualism really took off in the 19th century. New York gained such a fever that it became known as the "burned-over district." It's where Mormonism and Seventh-day Adventism rose, two religions still as alive as Spiritualism.

The Fox Sisters, three siblings from Rochester, rose to fame in the mid-1850s because of their claims that they could talk to the dead. Mary Todd Lincoln reportedly held seances in the White House, and after her husband's death she cavorted with spirit photographer William H. Mumler, who produced an image of the former First Lady with her late husband standing over her shoulder.

Mumler was a noted hoaxer, who was tried for fraud later in his career. But Mary Todd didn't seem to care. Working with him helped her grieve.

"We will grieve our loved ones for the rest of our lives here in the physical world, but the healing process is completely different," said Caputo. "And that's what 'The Experience' is about. It's about healing. It's an evening of faith, hope, peace and comfort."

Caputo is bringing "Theresa Caputo Live! The Experience" to Montana for a show at the Alberta Bair on Sunday evening. In advance of that, the Gazette sat down with her to discuss how she describes her powers, how she thinks they could help people and how she deals with skeptics. (The answers have been lightly edited for clarity and brevity).

When did you figure out that you could do this?

Growing up I would always sense and feel things, and no one ever made a big deal about it. It wasn't until later in my 20s that I discovered that I was able to connect with everyone's loved ones, but I struggled with my gift for many years. And what I learned over the years is that unfortunately, no matter who we lose or how they die, we are left with burdens and guilt. We're left with all these negative emotions that do not give us the ability to heal. So I use my gift for healing. I use my gift to give people the messages from their loved ones of faith, hope and peace, and also to allow them it so it's almost like the spirit gives them permission to embrace life with happiness and joy because some people don't know how to do that after the loss of a loved one.

How do you communicate? Do you see things, or feel things?

The spirit will make me feel the emotional bonds they shared with someone. They show me shadows and silhouettes of signs and symbols of things that I experience here in the physical world, that I can use them to relay messages. The souls will actually bring me through someone's departure to make me feel what it was like when they left the physical world. Sometimes I might have trouble taking a deep breath, or clearing my throat. Just physical things that I feel to relate messages so they don't remember their loved ones suffering or ill.

Do you think people should be scared of death?

Look, that's everyone's personal feeling. Growing up, I was afraid of death. Because it's the unknown. I think we're always afraid of what we don't know. I think that's part of why someone might be a little skeptical, because we can't understand it. It's hard to understand. But through the work that I do, I am not afraid to die. I don't want to die, but I'm not afraid to die. I know I will be greeted by the loved ones who have gone before me. And that we sill be reunited once again.

How do these live shows work?

I come out and give a quick little speech about how I communicate with the souls of the departed. And then once I start sensing and feeling things, I will allow the souls of the departed to guide me around the theater. I will not be on that stage. It's just a knowing. Spirit will just move me throughout the theater. I'll stop randomly in front of someone and start channeling their loved ones. We have cameras that follow me around, and a big screen setup. So no matter where you're seated within the theater, you can feel and be a part of this, and witness these messages up close and personal.

Do you do a lot of these shows?

It depends on the year, but I probably do around 75 live shows a year.

How do you deal with skeptics?

I get it. I understand and respect that someone might not understand what I do. And I'm the first one to say that what I do is absolutely crazy. How can someone communicate with someone who has died? But what I have spirits do is that with every healing message that they have me deliver, I have the spirit validate something that's completely unique to that person. So they might talk about things that happened years ago, and bring up the happier times to remind you of those time. The spirit might talk about things that have happened since they died, to validate that through every breath that we take and every milestone that they achieve, they are with us in spirit. They're not missing out. I'm not asking anyone to believe in what I do. I don't care if someone believes in what I do. I want them to believe in themselves. I want them to believe in an afterlife, and to believe and know that the things they sense and feel are real. They're not crazy. It's not their imagination. It's a little hello from heaven.

Theresa Caputo's live show "Theres Caputo Live! The Experience" is at the Alberta Bair Theater on Sunday, Sept. 25 at 7:30 p.m. Limited tickets are available at albertabairtheatre.org.

Rhoades, an art professor at MSUB, has a beautiful, thought-provoking new multimedia installation at the Yellowstone Art Museum called "The Shape of a Corner."

Comedian Ed Hill on being funny in un-funny times

Before he performs across Montana next week, get to know comedian Ed Hill, and his thoughts on his new special and his approach to touring.

Desperate Electric will be bringing their "electro soul" vibes to the Thirsty Street Garage for a show on Friday at 8 p.m.

Along the banks of the Gibbon River near Madison Junction, the "All Nations Teepee Village" art installation allowed Indigenous people to share their stories of Yellowstone National Park.

Five of the most unique, interesting events in Billings over the next week, hand picked by our arts reporter. 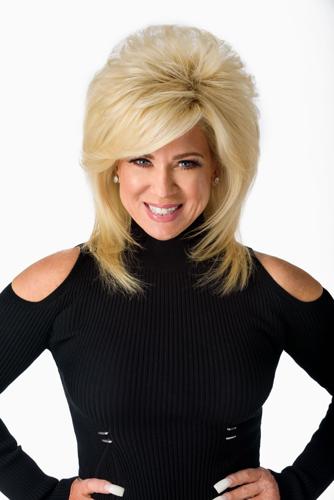 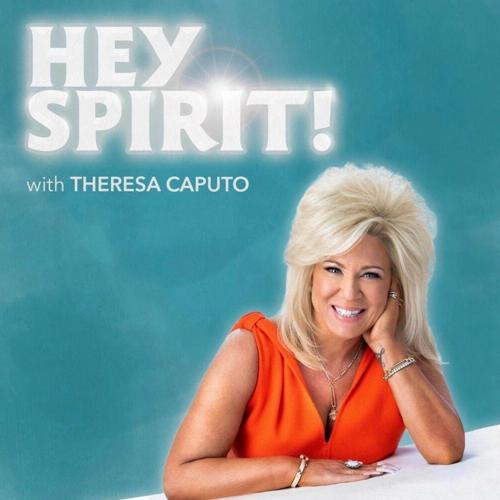 In addition to her TV show and touring schedule, Caputo has a podcast called "Hey Spirit!" 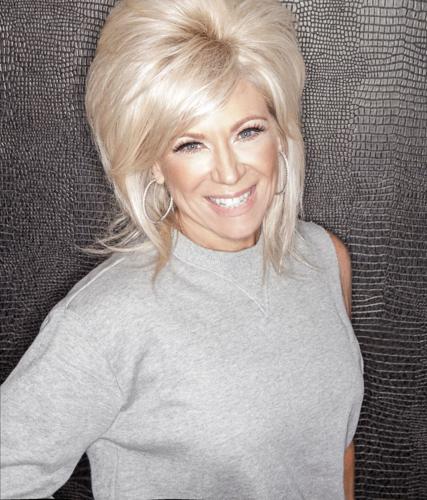 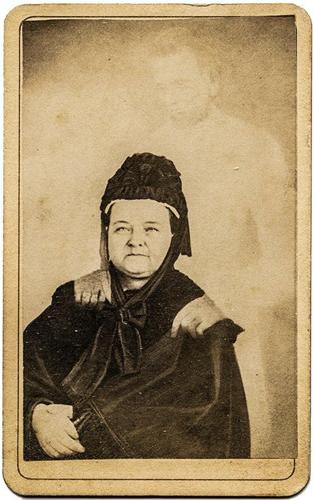 The photo of Mary Todd Lincoln and the "ghost" of her husband that spirit photographer William H. Mumler took.