Nike is suing the art collective behind the Lil Nas X "Satan Shoes" that have sparked a social media backlash.

In a lawsuit filed Monday, Nike accuses MSCHF Product Studio, Inc. of trademark infringement over the designer's 666 pairs of modified Nike sneakers made in collaboration with the "Old Town Road" singer. All 666 pairs sold out Monday.

MSCHF has not responded to repeated requests for comment about the lawsuit.

In its complaint, Nike asked the court to order MSCHF to "permanently stop" fulfilling orders for the "unauthorized" Lil Nas X Satan Shoes. The lawsuit notes that social media users have threatened to boycott Nike over the controversial shoes.

Lil Nas X isn't named as a party in the lawsuit. Representatives for the musician did not respond to calls or emails requesting comment Monday night.

"MSCHF and its unauthorized Satan Shoes are likely to cause confusion and dilution and create an erroneous association between MSCHF's products and Nike," the sportswear company says in its complaint. "In the short time since the announcement of the Satan Shoes, Nike has suffered significant harm to its goodwill, including among consumers who believe that Nike is endorsing satanism."

Nike has issued statements to multiple media outlets, including CNN, clarifying it does "not have a relationship with Lil Nas or MSCHF" and that "Nike did not design or release these shoes and we do not endorse them."

The modified black and red Nike Air Max 97 sneakers — adorned with a bronze pentagram charm and a drop of human blood in the mid-sole — are the latest customized Nike footwear product to be released by MSCHF. The company also released a pair of custom-made "Jesus Shoes" in 2019.

The controversy began last week with the release of the music video for Lil Nas X's latest single "Montero (Call Me By Your Name)." The video portrays the provocatively dressed singer as both a fallen angel and a demon who rides a stripper pole to hell where he gives a lap dance to the devil.

Following the video's release on Friday, Lil Nas teased the release of his new Satan shoes on Twitter.

The day after Lil Nas X released the music video, he responded to the backlash with a post saying, "I spent my entire teenage years hating myself because of the s**t y'all preached would happen to me because i was gay," he wrote. "So i hope u are mad, stay mad, feel the same anger you teach us to have towards ourselves."

The entire episode has all the ingredients for a potential landmark legal battle over the current limits of intellectual property law, according to multiple trademark attorneys, who say Nike has strong grounds for its lawsuit.

"Yes, Nike has a colorable case for trademark infringement and dilution by tarnishment," said Alexandra J. Roberts, who teaches trademark and entertainment law at the University of New Hampshire's Franklin Pierce School of Law. "Consumers may be misled to believe that the Satan Shoes are authorized or endorsed by Nike. Nike might also argue that the use harms its reputation by associating its brand with Satanic symbols."

Roberts and other attorneys said the trademark issue at play is commonly referred to as the First Sale Doctrine, which gives individuals who buy a copy of a copyrighted item the right to resell it without the creator's explicit permission.

It's a legal rationale that grants artists who purchase and repurpose individual copyrighted products the ability to express and profit off their own creativity, according to trademark attorney Josh Gerben of Gerben Perrott PLLC. Gerben pointed out Nike shoe redesigners like MSCHF commonly sell their work on online marketplaces.

"You've got all kinds of artists that go out there and they take a shoe and they'll do a whole bunch of custom art on the shoe and maybe resell it for $1,000-3,000," Gerben said. "This is something Nike is well aware of and has done absolutely nothing to mess with because there's a sneaker culture here."

The problem for Lil Nas X and MSCHF in this case, according to Gerben, is the hundreds of shoes that were sold, since individual works of art are easier to defend in court than items that have been mass produced.

"People are thinking Nike's behind something because there's so many of these [shoes]," he said. "It's not just a single piece of art that some artist took a shoe and made. It's that someone took a whole bunch of Nike shoes, customized them the exact same way and is selling them to a point in such sophisticated fashion that people think Nike's involved."

Photos: The career of Lil Nas X so far

Photos: The career of Lil Nas X so far

The Price is Right Live coming to MetraPark Nov. 20

Eric Church, Thomas Rhett and Blake Shelton will also perform at the "Daddy of 'Em All."

Corndog food truck sets up for the summer in Rimrock Mall parking lot.

The food truck may be the only one devoted entirely to corn dogs, the owner says.

ZooMontana has released their summer schedule of events for the year.

The company that sold Lil Nas X's "Satan" shoe made from Nike Air Max 97s will buy it back from customers for a full refund after a settlement with Nike.

'The Bachelor' star Colton Underwood comes out as gay

Hank Azaria, who voiced Apu on 'The Simpsons', apologizes for playing character

"I apologize for my part in creating that and participating in that," Azaria said. "Part of me feels like I need to go to every single Indian person in this country and personally apologize."

Will Smith film pulled from Georgia over voting law

Production of Will Smith's film "Emancipation" has been pulled from Georgia over the state's new voting law, the most high-profile film to depart. 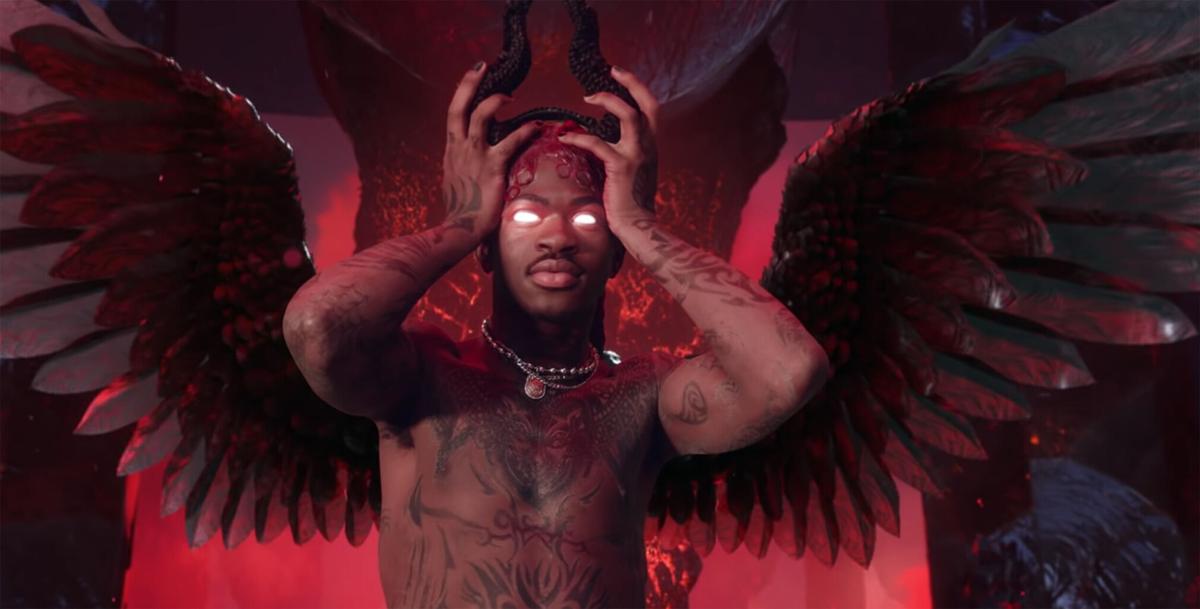 Nike is suing the art collective behind the Lil Nas X "Satan Shoes" that have sparked a social media backlash. A scene from LIttle Nas X's video for "Montero" is seen.

Nike is suing the art collective behind the Lil Nas X "Satan Shoes" that have sparked a social media backlash. A screen shot of Satanshoes.com shows Lil Nas X holding one of the modified shoes.