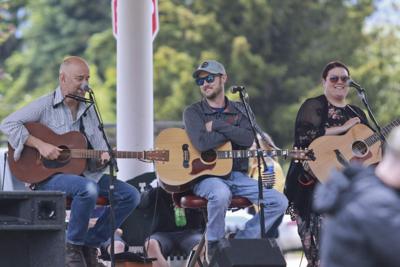 This will be the sixth event for the festival, but they’ve never had one quite like this before. This year’s event will be Thursday, June 23 through Saturday, June 25, and it’s the first major event back in Red Lodge after a flash flood wiped through areas of town along Rock Creek.

Mike Booth, who started the annual event back in 2016, is excited for the opportunity to welcome people back to Red Lodge.

“We need to get back on our feet as a community,” he said. “We’re a resort community really heavily based on summer activity, and bartenders and servers, people who live paycheck to paycheck, they’ve got to work. They’ve got to start making money.”

The Red Lodge Songwriter Festival could help with that. Booth estimates that between 1,000 to 1,500 people will attend the three day event. There are VIP packages that include lodging, but most of the tickets are in the form of passes that range from $15 - $175. Booth said some of the money raised will go to community relief efforts.

There are 21 artists participating, and they run the gamut, Booth said, from “folks that travel around in their cars and play in bars and restaurants around the country, to the hit makers who have written hits for everyone.”

Perhaps the biggest draw of this year’s festival is Even Stevens, a member of the Nashville Songwriter Hall of Fame, who wrote a string of songs with Eddie Rabbitt, including “I Love a Rainy Night,” which bumped “9 to 5” off the top spot on the Billboard Hot 100 in 1981.

The artists playing the festival are the unsung heroes behind massive hits. There’s Susan Gibson, who wrote “Wide Open Spaces,” a massive hit for The Chicks, while attending the University of Montana in the early 1990s. And Frank Meyers, whose “I Swear” was first recorded by country artist John Michael Montgomery but went to Billboard’s top spot for 11 weeks after it was recorded by R&B group All-4-One.

The lineup is full of names like that, people who wrote hits for a who’s who of contemporary musicians, from Alan Jackson to Lady A to George Strait to Tim McGraw. There are local favorites as well, with Tessy Lou Williams from Pony, Livingston’s Marcedes Carroll, Chad Okrusch from Butte, Haeli Allen from Lewistown, and Livingston’s Quenby landiorio. A full lineup can be found at redlodgesongwriterfestival.org.

A festival like this, that highlights the little people behind stratospheric pop hits, is a good fit for Red Lodge.

The town is a gem unto itself, but often unable to properly show off because it’s overshadowed by massive nearby attractions like the Beartooth Highway and Yellowstone National Park.

With those big locations closed, Red Lodge can step into the spotlight, just like these sometimes unacknowledged songwriters.

For three days, the songwriters weave themselves into the town. “It’s a perfect place for songwriters,” Booth said. “We really try to showcase the Beartooths and Red Lodge and everything our community has to offer.”

The Red Lodge Songwriter Festival features  shows at five venues throughout town. There’s the Payne West Stage at the Snag Bar, the Kettlehouse State at Bone Daddy’s Custom Cycle, the Cattail Bakery, the Bank of Red Lodge Stage at the One Legged Magpie, and the Nancy Curtiss Stage at the Roman Theater, the 1917 movie house that Booth also manages.

None of the venues were affected by the flooding.

“It’s just now a matter of putting the community and town back together,” Booth said.

The festival starts with shows beginning on Thursday, June 23 at 5 p.m. There are 28 shows, as well as interviews, a songwriting contest showcase and late night hangs, along with chances to mingle and swap ideas and stories with the performers.

Booth is expecting a successful, if a bit unorthodox weekend. He usually tries to take the performers on a float trip and a drive up the Beartooth Pass, but with that unavailable they’ll just be spending even more time in Red Lodge, filling the streets with some much needed music and cheer.

“There’s three words I can think of right now,” Booth said, while talking about the festival happening after such a calamity. “Kindness, respect and patience. If people come back and they’re kind, and patient with some of the restaurants and having to wait in line, and respectful of the road closed barriers, we’re open for business.”

Editor's note: This story has been updated to reflect that Mike Booth manages the Roman Theater, and does not own it.

YRT's newest play is about the small tragedies and wreckage of people's lives, and how they interact with others. It's at NOVA this weekend and next.

'We Burn Like This' film returns home for Montana tour

'We Burn Like This,' a coming-of-age drama about Jewish identity and historical traumas, was shot in Billings in 2019. Filmmaker Alana Waksman and the movie are coming back to Montana for a tour.

After two years off, the renaissance faire returned and drew 6-7,000 people on Saturday and 2,000 on Sunday, packing Red Lodge Rodeo Grounds with armored cosplayers, bards and troubadours.

At 92, Norrine the Outlaw Queen rides on

Norrine the Outlaw Queen, whose country music has been an integral part of Billings' music scene since the 1940's, turns 92 next week. She's reflecting on a long life, well lived.

Shot in and around Paradise Valley, "Montana Story" deals with abuse and trauma amplified by the dramatic background of its setting.

‘A small community that throws a huge party:’ The Harlo Music Project returns on Saturday

The Harlo Music Project is back on Saturday, welcoming people back to one of the state's best and most unique concerts.

This next week in Billings is almost too jam-packed with events. Here's some of the highlights.

The Little Bighorn reenactment is history you can feel

The Real Bird reenactment of the Battle of the Little Bighorn brings the battle to life on its 146th anniversary. 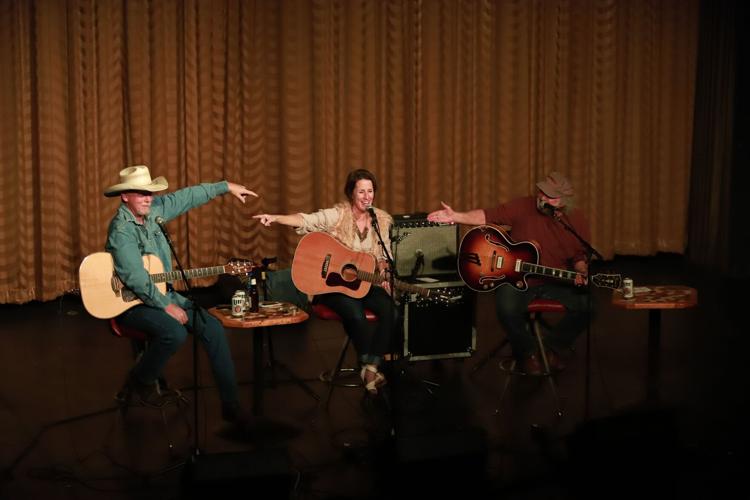 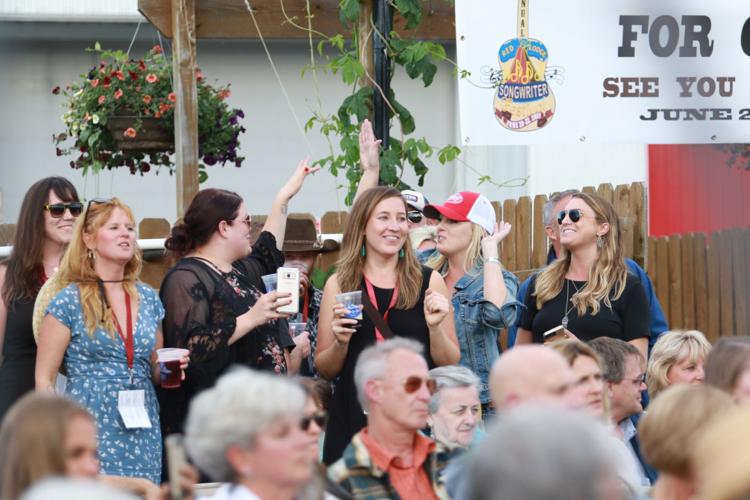 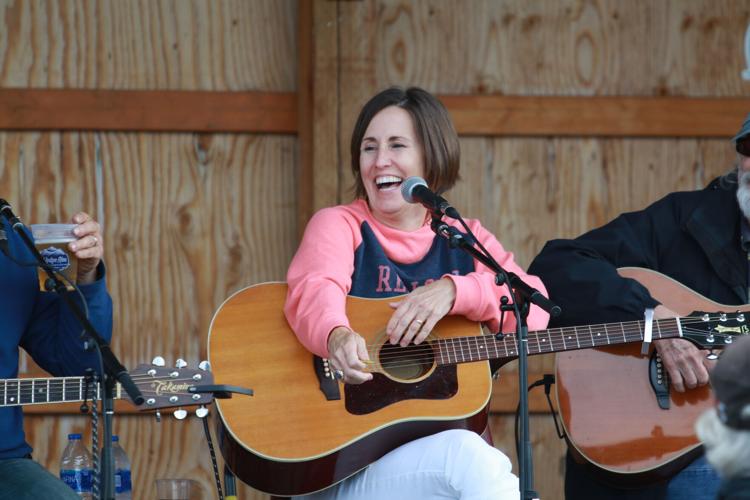 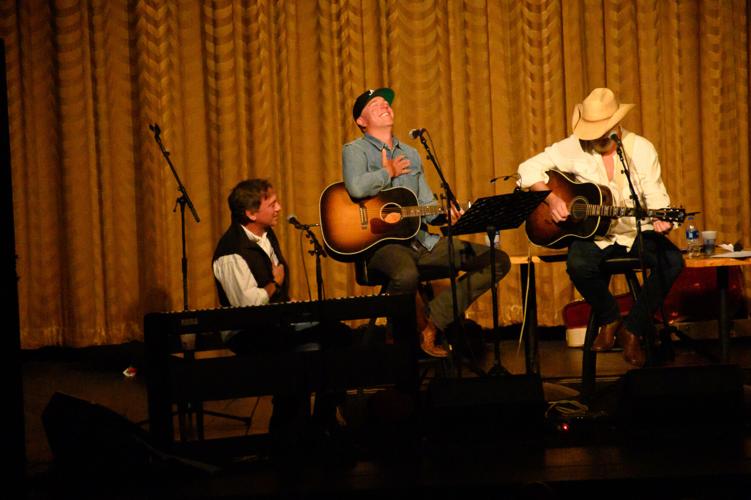 Will Robinson, John Pierce and Brett Jones enjoy a moment of laughter at the Red Lodge Songwriter Festival.