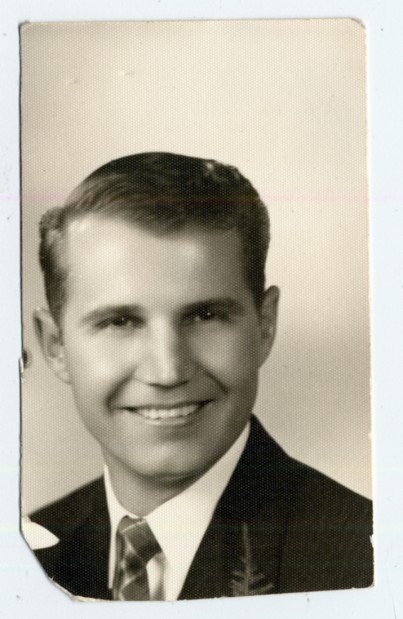 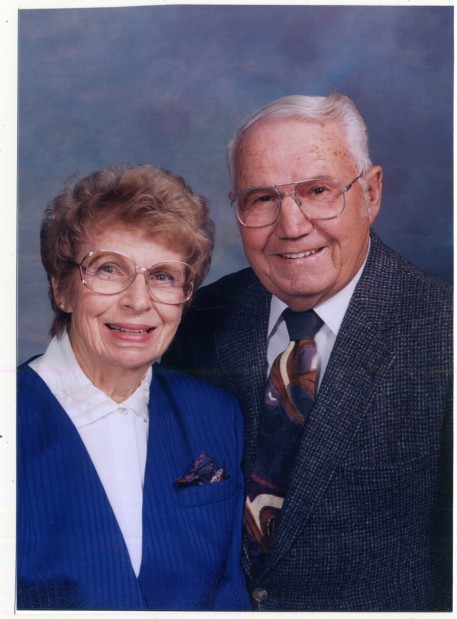 Andrew Carmen Anderson "Andy" passed away in his sleep Friday Aug. 28, 2009, at his home at West Park Village. He was born on March 14, 1916, to Anders and Tillie Anderson on the family homestead at Cohagen, Mont. The family then moved to Miles City when he was four years old. There he attended schools where he excelled in mathematics. After high school he worked at Fort Peck reservoir as the dam was being constructed.

During World War II he joined the Navy because all three of his other brothers were in the Services at that time. He served in the South Pacific Theatre on the ship the LST 120 nicknamed "The Floating Coffin." Upon his return to Miles City he met and married Johanna Muller who taught school there. After a couple years they moved to Harlowton. The couple bought a ranch south of Harlowton in 1964, where Andy proved to be a good manager and a progressive farmer. Andy continued working for the Milwaukee Railroad for over 30 years, retiring in 1976. He had a passion for his work at the ranch, especially during his retirement years. Andy and Johanna moved to Billings in 1998.

Andy was baptized and confirmed in the Lutheran church and kept his faith all through life. While living in Harlowton he served on the church council at the American Lutheran Church. He was a member of the First English Lutheran Church in Billings.

Andy was the patriarch of his family. He is survived by his daughters Carol Wood, Arla Hablutzel and her husband Gary, son Brent Anderson of Albuquerque, N.M.; his grandchildren Wyatt Wood (Alicia) of Conrad, Whitney Linder (Wayne) of Scobey, Kyle Groh of Circle, Celeste Elliot (Justin) of Chinook, Amber (Jake) Strommen of Vandalia, Tim Fiske (Jenny) of Broadview, Autumn Fiske of Greeley, Colo. and Anders Fiske of Billings, and 13 great grandchildren.

Preceding him in death were his parents; sister Pearl Herndon; brothers Art, Manford, and Roy Anderson, and daughter Delia Jones.

Andy's family and friends will remember him as a mentor and also for his hard work, quick wit, and patience.

The family would like to thank all those who showed so much care and compassion during his final days.

A memorial service to celebrate Andy's life will be held on Saturday, Sept. 5, at 1 p.m. at First English Lutheran Church with Pastor Mark Donald officiating.