World Series: Follow updates and scores as the Astros face the Braves

Donald Louis Easton passed away peacefully at his home on June 16, 2014.

Don was born Sept. 25, 1928, in Beulah, N.D., to Emma (Spitzer) and David W. Easton. He spent many of his growing-up summers on his grandparent’s farm near Wilton, N.D., where he developed an enthusiasm for John Deere tractors. Don graduated from Beulah High School in 1946 at the age of 17 and had to have his parents’ signatures to go to the service. He spent the next 18 months in basic training at Fort Knox, Ky., and was shipped with the occupational troops to Tokyo, Japan. Upon discharge from the service, Don worked towards an English degree at Jamestown College in Jamestown, N.D. In the fall of 1950, he was called to teach English and seventh and eighth grades in Antelope. It was there that Don met Evelyn Hedges, and they were married Aug. 28, 1951. After spending three years in Antelope, he went to Plentywood and taught English for six years. It was there that his daughter Christine was born.

Every summer was spent going to school, and in 1957, Don received his bachelor’s degree from Dickinson State in Dickinson, N.D. He taught the year of 1959-60 in Laurel, and then received an offer to accept the principalship at the Air Base School in Glasgow. Don received his master’s from Greeley, Colo., in 1961, and it was in Greeley that his daughter Carol was born. In 1962, he came to Billings, and served at several schools as principal. He went back to school the year of 1968-69 and received a doctorate from Bozeman State University, in Bozeman, in the summer of 1970. Don retired after 36 years in education, ending his career as the assistant superintendent of personnel in 1985.

Don loved to hunt and fish, and enjoyed singing in several barbershop quartets. His retirement years were spent restoring old John Deere tractors, and he was a member of the Antique Tractor Club. Don felt truly blessed to have had a good working career and so many good retirement years. Don is survived by his wife, Evelyn; daughters, Chris Easton and Carol (Eric) Duvernay; grandson, Ian Eschler; granddaughters, Erica and Alana Duvernay; sister, Marilynn Swanson of Bismarck, N.D.; brother, Richard of Nashua, N.H.; and numerous nieces and nephews. Don was preceded in death by his parents, Dave and Emma, and his brother David of Colville, Wash.

Cremation has taken place, and family services will be held at a later date at the Yellowstone National Cemetery in Laurel. In Don’s honor, please take a lonely friend to coffee and have a good visit. We can hear him “ringing a chord” with old barbershop friends. Arrangements are in the care of the staff at Dahl Funeral Chapel, and memories may be shared at www.dahlfuneralchapel.com. 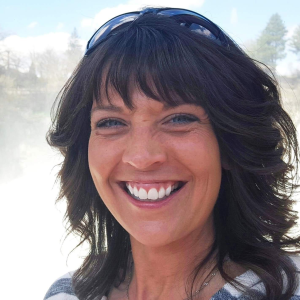