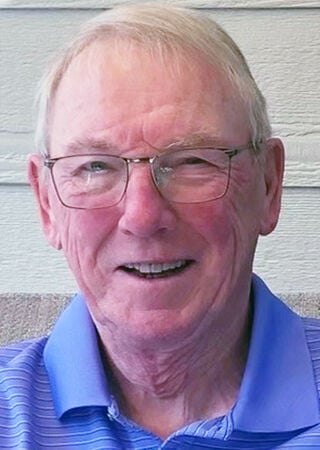 Edwin Joseph “Joe” Cross, 81, of Billings, passed away on Oct. 6, in Billings, surrounded by family.

Joe was born in Gouverneur, New York, to Hazel and Harold Cross on Aug. 12, 1941. He grew up in Antwerp, New York, and graduated from Indian River High School in 1959, where he played on a championship-winning basketball team and was voted Prom King. He earned a Bachelor’s Degree in Business from Rocky Mountain College in 1965, and a Master’s Degree in Education in 1971 from Eastern Montana College (now MSUB). He later earned a degree in Counseling and, from UCLA, his Administrative Endorsement.

He began his career as a teacher, counselor and administrator at Billings Central High School, during which time he met his wonderful future wife, Cathie Willits, a student at Rocky Mountain College. He went on to serve as an administrator at the Billings Vocational-Technical Center, the Billings Career Center, Lewis and Clark Junior High School, and completed his career as the Principal of Billings Senior High School, where he was beloved by teachers, students, and parents. He also served in the United States Army Reserve for 12 years.

He enjoyed golf, fishing and traveling with family and friends. He and Cathie celebrated their 55th wedding anniversary with family in the Summer of 2022 in South Lake Tahoe.

Joe is survived by his wife, Cathie; son Chris Cross (Jayme), their sons Brady and Joe; daughter Tricia Kurth, her sons Rase and Kevin; daughter Kate Cross; and brother-in-law Jim Willits. He is preceded in death by his parents, Hazel and Harold; and his brother, John Cross.

The family wishes to extend their gratitude to St. Vincent Hospital and RiverStone Hospice for the kindness and excellent care they provided to Joe.

Joe was a hard-working, constant guardian to his family. They brought him boundless joy and were indeed his treasures. He was a pleasure to spend time with and a true friend to many. As an educator, he was a role model who made a difference in the lives of countless students who went on to make the world a better place.

In Joe’s passing, the world lost a mentor, friend, husband, father, grandfather and tremendously outstanding person. You will be in our hearts forever...meet you at the fire station.

His celebration of life will be scheduled at a future date in Billings.

Add an entry as anonymous

Learn how to make your own delicious macadamia and cashew butter

Proper holiday party etiquette if you have dietary restrictions

Proper holiday party etiquette if you have dietary restrictions

Five simple ways to ease back pain at home

Five simple ways to ease back pain at home