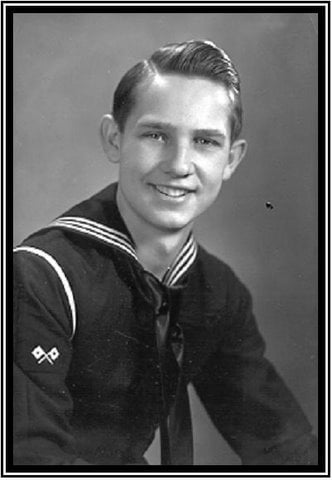 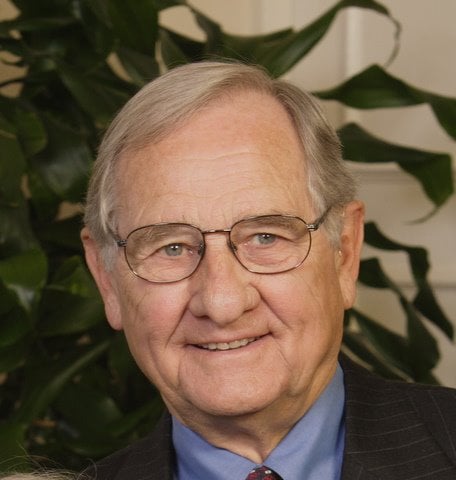 Bob is survived by his wife, Jean. They were planning to celebrate 60 years of marriage on Sept. 11. Also, he is survived by daughter, Kathy Clester and husband, Arlin of Atlanta; son, Tom and wife, Marlene, of Atlanta; grandchildren Katie, Jalene, Patrick; and great-granddaughter, Haylie, and a sister, Carol Ventrell of Billings.

Bob was born in Lewistown, Mont., on May 12, 1926. He was preceded in death by his parents, Herman and Nell Svoboda, and a sister, Marcelyn.

During his youth, Bob lived in Danvers, a small prairie town located near Lewistown. When he was 6 years old, he suffered an accident on a horse that caused him to spend three years wearing a body cast and walking with crutches. This was the beginning of his "I can do it" attitude.

Immediately after high school, Bob served in WWII in the South Pacific with the U.S. Navy Amphibious Forces as a Signalman aboard an attack transport. He participated in the liberation of the Philippine Islands, landed the first day with invasion forces on Okinawa and landed with occupation troops in Japan shortly after the two atomic bombs secured the Unconditional Surrender of Japan in September 1945.

After his Naval service, Bob returned to Montana to attend the University of Montana in Missoula, where he was active in debating, public speaking and the SAE fraternity. He met Jean Kaiser, also a student, on a blind date and, in 1949, they were married in Missoula. Later that year, Bob earned a BA degree with a major in finance and banking and earned a Gold Medal and Honors award for competing in intercollegiate debate competitions.

During the early 1950s, Bob bought and expanded an insurance brokerage and commercial/agricultural real estate firm in Billings. He was also one of the founders of First Montana Title Company, the first title insurance company in Montana. During this time, he was on the original Board of Directors for Yellowstone Boys and Girls Ranch, a facility for troubled youth. It remains today one of the most successful programs of its kind in the U.S.

Bob sold his several business interests in the 1960s and moved the family to Honolulu. He was recruited by American Factors, Ltd. (Amfac), the largest diversified conglomerate in Hawaii, to become General Manager of Amfac's Property Division in charge of developing their non-agricultural real estate. His first project was developing the Silverado Country Club in Napa Valley. He then developed Kaanapali Beach Resort on Maui, which was the first planned destination resort in Hawaii.

Soon thereafter, Bob went into business for himself in Hawaii. He and a close friend built the first hotel time share in the U.S. with Hilton Hotels as the operator. He built and maintained the first high-rise Rodeway Inn in Hawaii. He also founded Lincoln Mortgage & Thrift, as well as developing several other commercial properties.

During the 1970s, Bob and Jean moved to Santa Barbara. Instead of their original intention of retiring, Bob decided to attend the Advanced Management Program at Harvard University. That was a springboard for his decision to purchase a financially troubled industrial bank and direct its growth into a major financial institution ,which was later sold to Cal-Fed. In 1989, Bob and Jean purchased an apartment in Hawaii, which allowed them to renew and maintain friendships from the previous years of living in Honolulu. Bob then retired in 1991.

Bob and Jean have been actively involved and financially supportive of many Christian ministries and politically conservative organizations and causes. Bob served on numerous governing boards of churches and non-profit service organizations. He enlisted the Honolulu Police Chief Dan Liu to invite Billy Graham to Hawaii for a crusade. The year long preparation culminated in a seven-day crusade and it had great spiritual impact in the Islands. He served as the Disaster Preparedness chairman for the Red Cross, and helped to develop what is now Eilings Park.

Bob and Jean founded and continue to sponsor the Debate and Speech Contests at Westmont College. The Reagan Ranch Leadership Academy also was the vision and creation of Bob.

Bob recently wrote, "Believe me when I write that I have had a better life than I could ever have scripted for myself. God brought Jean and me together in 1948 to love and support each other, and to create a loving family. That's what happened….what more could I want?

"In addition to my loving family; I have been blessed with living a life of joy in my faith, and a sense of fulfillment in my vocational activities. I have been given a long and healthy life to do, to go, and to be and to see, and now I truly look forward to catching-up with my family members and friends already in Heaven.

"When I go to be with our Lord in Heaven I go knowing one of Jean's and my greatest desires has become a reality; our children living lives as Evangelical Christians and patriotic Conservatives. Hallelujah and God Bless America!"

To donate in Bob's memory, the family would ask that you donate to the Deacon's Fund of El Montecito Presbyterian Church or a charity of your choice.

Signs you may be in a toxic work environment

How to get back to school and maintain your cool

How to get back to school and maintain your cool