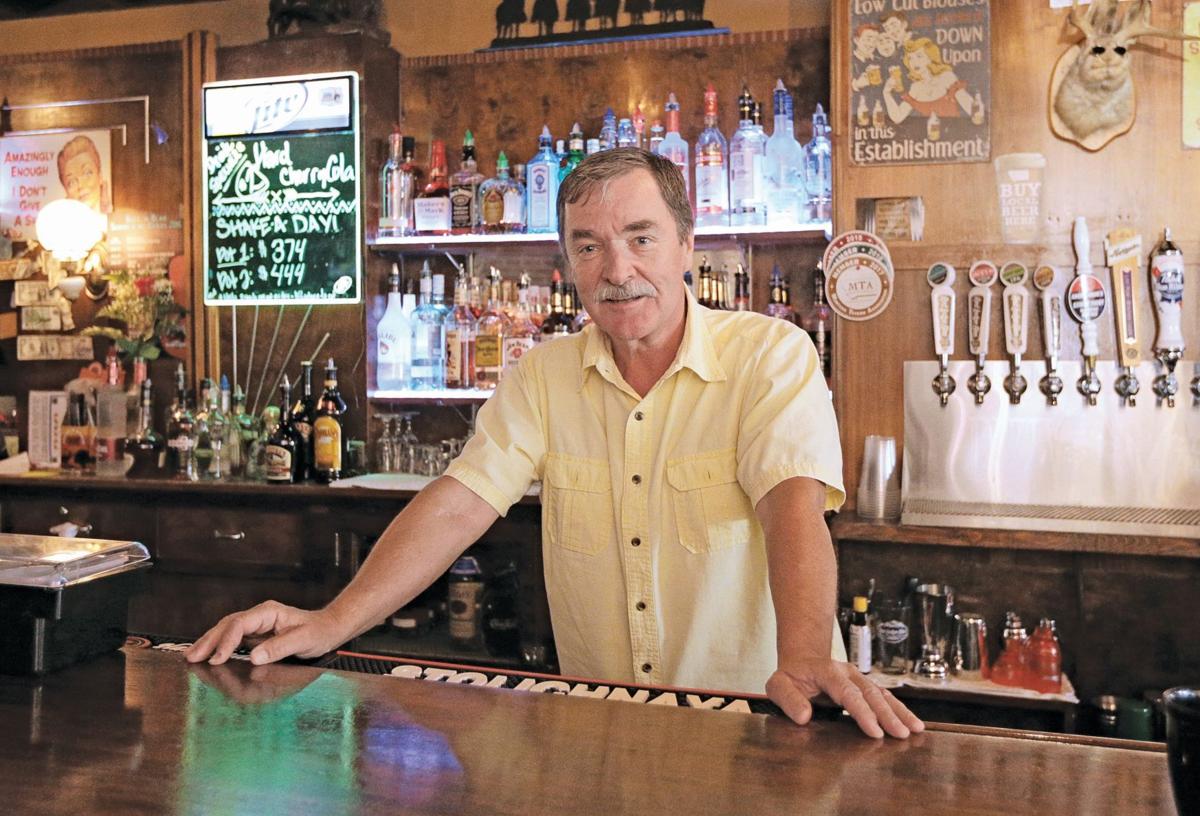 Jim Johnson, owner of the Bull'n Bear Saloon in Red Lodge, stands behind the bar in the town where he once stood in a pulpit. 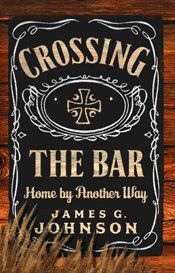 RED LODGE — After Jim Johnson owned the Bull'n Bear Saloon in Red Lodge for a few years, a joke started making the rounds, which he included his book, “Crossing the Bar.”

It went: “Two guys walked into a bar and stopped in their tracks. One thought to himself, ‘Oh no, my preacher’s a bartender!’ The other thought, ‘Oh no, my bartender’s a preacher!’ ”

Humor often sheds truth on a subject, and in this case the joke was true. Johnson, once a pastor, now owns the Red Lodge establishment. He presides over a different kind of congregation, but much of what he did as a pastor he finds useful both as a barman and, now, as a chaplain.

Johnson sat at a table toward the back of the saloon for a morning interview, lights dim inside the long, rectangular room. A few patrons sat at the bar, chatting with each other and the bartender.

Taped ’70s rock music played in the background. At one point, a beer delivery man came through the back door to drop off an order.

Johnson, who grew up in Kalispell, admits that owning a bar was the last thing he ever thought he’d do. From his childhood, faith was definitely a focus in his family.

“Every week we did Sunday school and church. Dad was in the church choir while Mom took care of the five of us,” he said, a mug of coffee on the table in front of him.

He attended Pacific Lutheran University, where he earned a degree in music theory and composition. And then he graduated from Luther Seminary and was ordained in 1980.

Johnson served a church in Coeur d’Alene, Idaho, for three years, moved to Red Lodge and served a congregation from 1983 to 1989. Then, an affair and a divorce required him to step down from the pulpit.

“Since then, life has taken a lot of different twists,” he said.

One of those was buying the Bull’n Bear in Red Lodge. At first, a conflict raged inside him, Johnson said.

But as he got to know the people who frequented the bar, Johnson realized he could share the same hope he preached from the pulpit in a different way. He had a chance to encourage the hearts of people who might never set foot in a church.

His experiences transformed the work from "a job I didn’t want to a calling I cherished,” he said.

On occasion, he also found himself in the position to tell church people that bar folks tended to see them as "judges and critics who want to tell them how to live, rather than telling them God has given his life for us all."

In his book, published in 2010, Johnson said one of his goals in writing it was to “bridge the gap between two worlds that are much more alike than either realizes.”

“That is what ‘Crossing the Bar’ is about,” he wrote. “Joining God’s work-a-day mission, just as Jesus did. Blessing others by our presence and occasionally unpolished words. Shining a bit of light in a dark room. Engaging (rather than avoiding) the kind of people Jesus engaged, laughed with and showed compassion to.”

Throughout the book, Johnson wove in stories about patrons he has known in his more than 20 years of owning the bar. Many of them had never been in a church or had suffered through something that soured their faith.

But life happens to everybody, and sometimes a death or an illness drove those friends to seek answers. Johnson received requests from them for his help, to preside at a funeral or visit an ailing friend at the hospital or maybe share a little of his faith.

"When you're talking to somebody about the love of God in Christ, it almost always has to happen in the context of a trusting relationship," he said.

Over time, Johnson occasionally held times of worship with his wife, Nancy, and friends from the bar by Rock Creek behind the couple’s house. He had a little fun in writing his book, asking the community to fill out a survey about the similarities and differences between churches and bars.

They checked off boxes for such statements as: this is where everybody knows your name; this is a safe place to be; here you feel like you belong; here you socialize with your friends; here people ‘have your back’ if there’s trouble; strangers feel welcomed and find new friends here.

Bars are often more honest places, Johnson said, because people can be who they are. They don’t have to be careful about keeping up a certain image.

“What it isn’t is a place where real hope for our real lives can typically be found,” Johnson said.

And it isn’t a place where the presence of Christ is celebrated. You can’t “experience true fullness of the bread of life, Communion,” he said.

Johnson is back as a member at the church in Red Lodge that he left so many years ago, and he serves as a hospice chaplain at Beartooth Billings Clinic. He is also president of the Montana Tavern Association.

In all those settings, Johnson focuses on caring for the people he comes in contact with. It’s about loving God and loving people, and maybe looking for an opportunity to share the hope he’s found.

To buy a book

Jim Johnson, owner of the Bull'n Bear Saloon in Red Lodge, stands behind the bar in the town where he once stood in a pulpit.