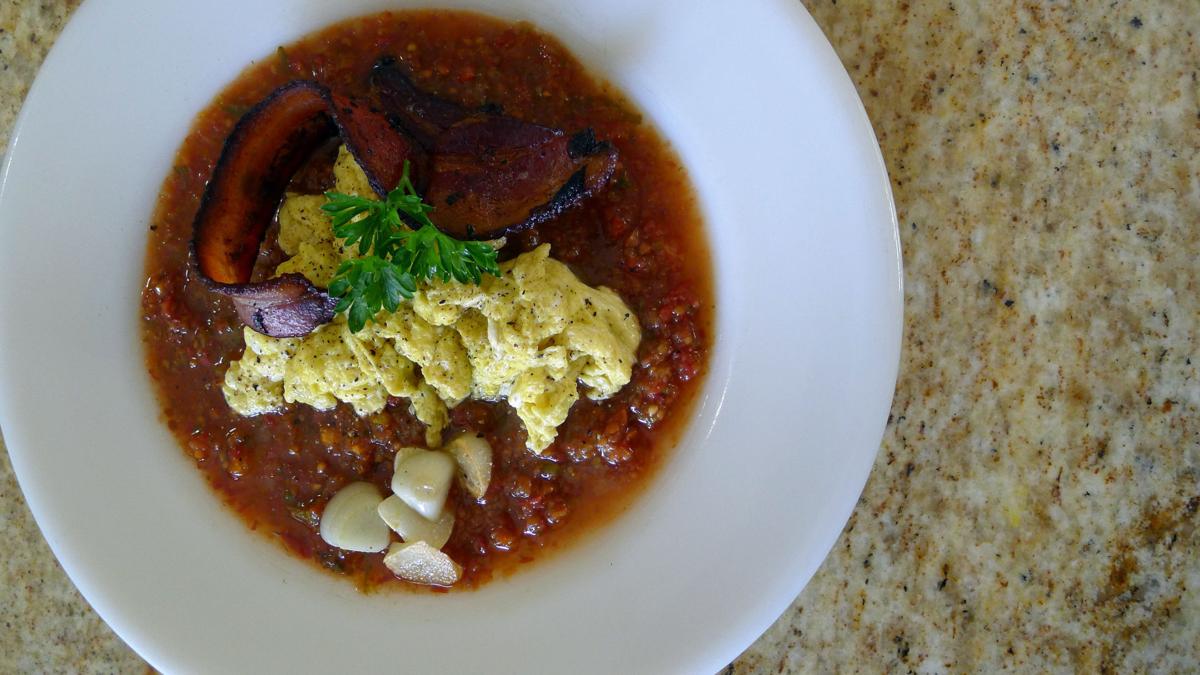 A good hearty salsa adds spice and flavor to any dish. 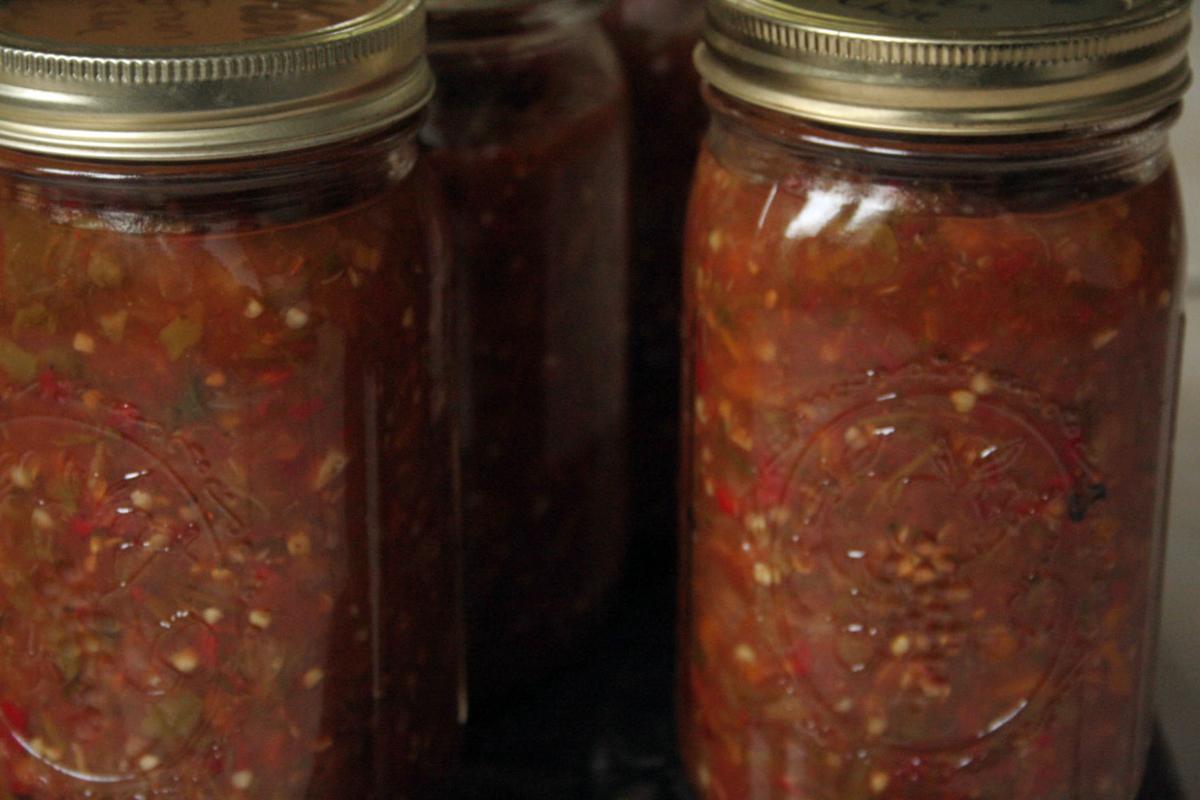 Cooked and canned, this salsa is sure to become a family favorite. 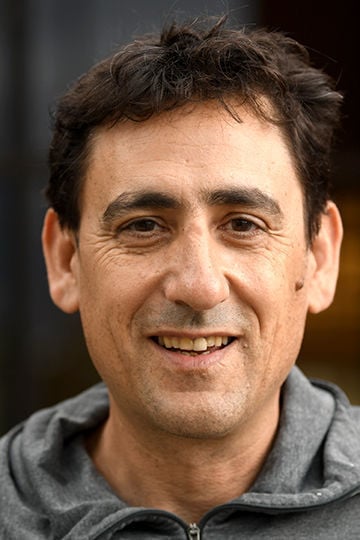 A good hearty salsa adds spice and flavor to any dish.

Cooked and canned, this salsa is sure to become a family favorite.

I learned most of what I know about salsa from a used car salesman. That may sound sketchy, but Roy had already given me a great deal on a Subaru, so I knew he was different. Then he gave me a quart of salsa for Christmas. It had a vivid, assertive flavor that had a lot of gears.

This was not a summery fresh salsa, uncooked and zesty, but cooked salsa, meant to withstand the test of time on the shelf. It tasted as nourishing as it was delicious, dense with vegetables like a spicy, chunky V-8 drink, with bell and sweet peppers, tomatoes, carrots, garlic, onion and cilantro, all of which, peppers included, are ripe at about the same time — aka, now.

So the following summer, when Roy invited me over to watch football and make salsa, I jumped at the chance. And not because the Broncos were playing.

He looks like Willie Nelson, including the bandanna. That afternoon, he laid out a murderous lineup of hot peppers, and handed me some gloves. “This salsa helped me quit drugs,” Roy said, a thick Georgia twang. The extremely high levels of hot pepper heat helped Roy with his addiction, he told me, by triggering a rush of endorphins that took the place of the endorphins heroin triggered. When he feared falling off the wagon, Roy fell into the spicy arms of his salsa instead.

Since learning what I learned that afternoon, I have been making Roy-style salsa, albeit with more reasonable levels of capsicum. His salsa can do almost anything, and it changed my life, too, if differently than how it changed Roy’s.

For me, Roy’s salsa has become a glue-behind-the-glitter type ingredient in my cooking that I use in countless ways. Salsa is also a storage medium that can absorb overwhelming mountains of summer produce. When converted into salsa and sealed into gleaming jars, that summer bounty is preserved at its peak, and it can flavor the menu all winter long.

When I’m looking to add a little je ne sais quoi to practically any dish, the range of vegetable flavors in a jar of Roy-style salsa can usually get it done. It could be stew, eggs, coconut curry, potatoes, and many other dishes that don’t necessarily scream tomato. The salsa adds earthy, aromatic complexity, on par with adding a good vegetable stock, but with spice and acid, too.

Because I use the salsa in so many ways, I keep the heat level mild in my jars. There are many ways to add heat at serving time.

One day each summer, I spend an afternoon with the kids using the food processor and a load of market veggies to convert the kitchen into a canvas for Jackson Pollock-style splatter painting. We chop, blend and boil a vat of our own, and funnel it into clean, sterile jars that seal on the countertop. Stored in a cool place, these jars will keep you warm all winter, and last until next summer and beyond. In the fridge, an open jar can last two weeks before going bad.

The issue is that tomatoes, while acidic, are barely acidic enough to bring pH of most types of salsa below 4.5, where it needs. Meanwhile, some tomatoes are more acidic than others. So adding vinegar is advised — as much as a cup or more for each quart of salsa, which makes the salsa roughly 25% vinegar. That is more acid than Roy would even joke about when talk turned to the good ol’ days.

Not long ago, I came across a recipe that bears a striking resemblance to Roy’s, but without any safety violations. No fire hazard, no lack of acid. But plenty of vegetables.

It comes from the Ball Complete Book of Home Preserving, published by Ball Company, which has been making Mason (canning) jars since 1884, so I can say with confidence that this recipe for carrot pepper salsa is safe.

Perhaps the Ball recipe was a source for Roy when he formulated his own. The only differences between this recipe and Roy’s are in the levels of heat, sugar and acid.

While the quantities listed below are exactly from the book, I have tweaked the method in a Roy-esque direction, by employing the food processor rather than chopping, but the cooking and canning times are by the book.

Use a food processor to mince the tomatoes, carrots, onions and peppers. Add those ingredients to a heavy-bottomed pot, along with the salt, pepper, sugar and vinegar, and bring to a boil on medium/high heat, stirring often. Reduce heat and simmer for an hour. Stir in the cilantro and cook for 5 more minutes.

Using a ladle and funnel, add the salsa to clean, sterile jars, leaving an inch of head space at the top. Place the lids and screw on the rings, and process for 15 minutes in a boiling water bath. Listen for the pings of sealing jars. It’s the sound of safety.

Ari LeVaux writes Flash in the Pan, a syndicated weekly food column carried in more than 60 newspapers nationwide. Though his audience is national, he says he "always writes about Montana. Usually."