It’s a farmers market cliche that celeriac is good in soup. I hear it when folks inquire as to how to use this fragrant root. But I’ve never quite known what to do with that guidance. Add celeriac to my Campbell’s tomato soup? To a batch of clam chowder? To my ramen? All I’ve ever done has been to substitute celeriac for celery, its close relative.

If you can get it trimmed and peeled, this knobby subterranean dwelling plant part is a worthy replacement for its watery, stringy above-ground counterpart, with more carbs and less fiber, and an almost tingly flavor on the tongue.

A toast to the avocado

Most celeriac bulbs include a hairy matrix of gnarly roots that radiate from the central orb. Sometimes these snakelike appendages have already been trimmed by the time of purchase, otherwise cut them off yourself.

My friends Steve and Luci grow softball-sized celeriacs that are almost as smooth. They weigh about a pound and a half, and cost about nine bucks each at the local store, I realized to my shock at the cash register after loading up.

I called Luci and tried to get a little sassy about the price, and to her credit she was having zero of that. She knows I know her celeriacs are free of roots, hairs, knobs and dirt. I had to acknowledge they were the finest I’d ever seen.

“The best I’ve encountered were in the Netherlands,” Luci reflected. “I don’t know what those Dutch farmers do. Maybe they spit-shine their celeriacs, or grow them in velvet soil.”

I asked for some advice on what to do with her valuable roots, beyond randomly adding pieces to soup. She mentioned mashing it with potatoes, and grating it into salad. But their favorite way to use it is in none other than soup.

Not some other soup with celeriac, but celeriac soup, owning it like a jazz musician playing that funky note extra hard so we all know they meant to do it.

“Go trim and dice your gold-plated celeriac,” Luci began, her sharp voice barely audible beneath the aggressive rapport of her knife on a cutting board, Steve cheerfully comment-bombing in the background. “I’ll have to dispatch you quickly here,” she added. I’m short on time.” I kept quiet, not knowing who she was talking to.

She proceeded to bark her recipe at me while yelling at Steve. Meanwhile, she continued murdering something with her knife as she finished dispatching me with this delightful vegetarian soup. It’s a subtle and satisfying dish, something like vichyssoise, that beloved chilled potato leek soup, but with celeriac instead of potato joining the leeks.

The celeriac version is thinner and less starchy, with a smooth, strong celery flavor and a hint of parsley. On a whim, I made a batch with both potatoes and celeriac along with the leeks, and that was the best of all worlds: all the cream and thickness, with an extra layer of sweet earthiness. That version was my kids’ favorite.

At the winter farmers market a few days later, I found the ingredients for the soup. A beautiful bunch of leeks, some glorious potatoes, and four Medusa-like celeriac — four bulbs at $2 each.

After I trimmed and peeled those shaggy bulbs, I had about the same sized pile of lily-white cubes as from one of Luci’s orbs. Given the savings in labor, and working with the sheer majesty of Luci’s agricultural talent, hers is worth every penny. But when it isn’t available from her I’ve no problem trimming down some uglier versions. The soup is always beautiful.

I messed around with what Luci gave me over the phone, and came up with my own version. My recipe includes potatoes, because if my kids like it that way chances are you will too. I have also taken to adding some herbs to the soup as it cooks. And mine has less dairy than Luci’s, and no mayo, as that’s my MO, but do as you must.

But it wouldn’t have been right to withhold Luci’s original version as a reference.

“Add about the same amount of celeriac and onions, including whatever greenery of onion you can muster, such as leeks, scallions and green onions, and two quarts of chicken stock, and cook until everything is tender. Season with salt, pepper and lemon juice. Use a submersible tool to puree it. Add butter, milk, cream, all that good stuff, and salt and lots of black pepper.”

Juice of a lemon

1 cup mayonnaise (I use Vegenaise, which is superior) or heavy cream

Dill or another fresh herb as a garnish

On medium heat, cook the celeriac, leeks and potatoes in the stock with the oregano for about 20 minutes. Add the lemon juice and cream of choice and cook another five minutes. Allow to cool to a temperature that works with your blender situation. Blend. Season with salt and pepper. Blend again. Season and repeat. Garnish and serve.

How to use space heaters safely this winter

French onion soup is the world’s most elegant dish. Not the kind of elegance you’d find on a white tablecloth with extra silverware, but elegant in the sense that scientists use the word. 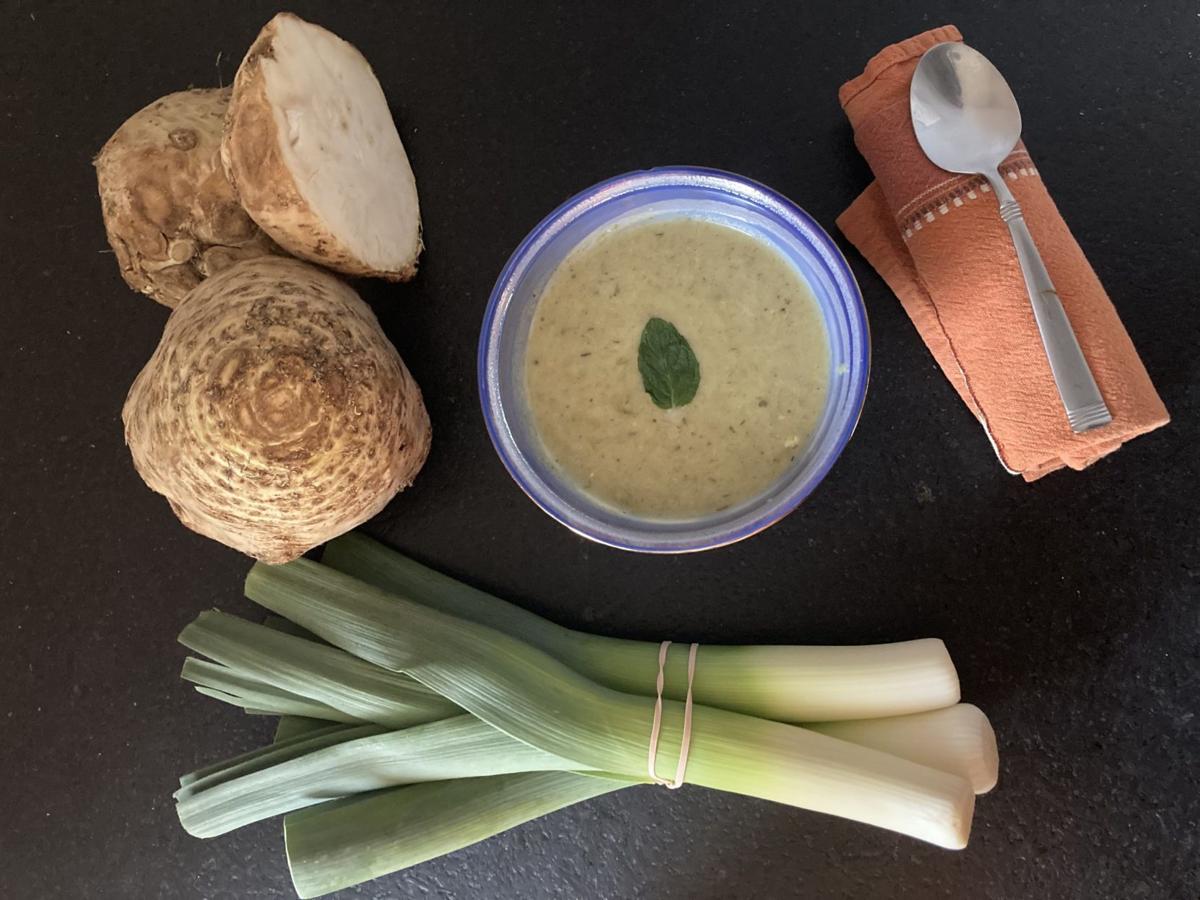 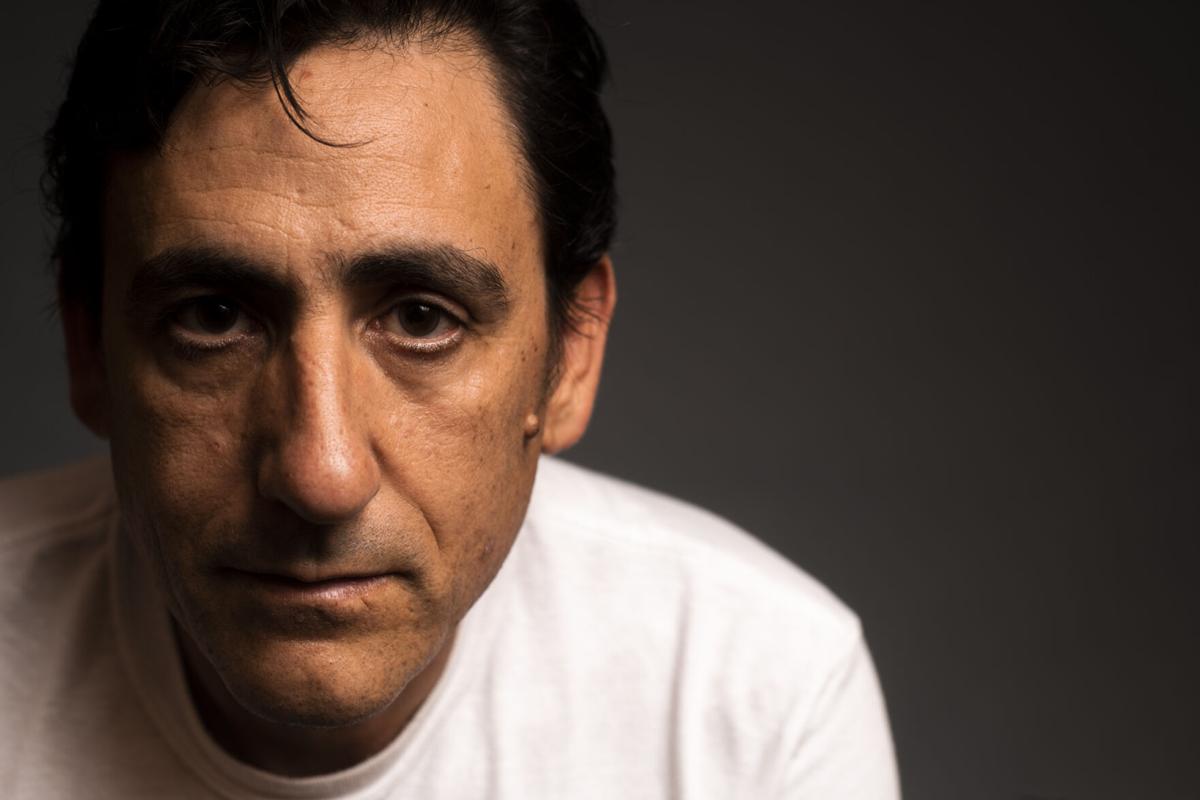