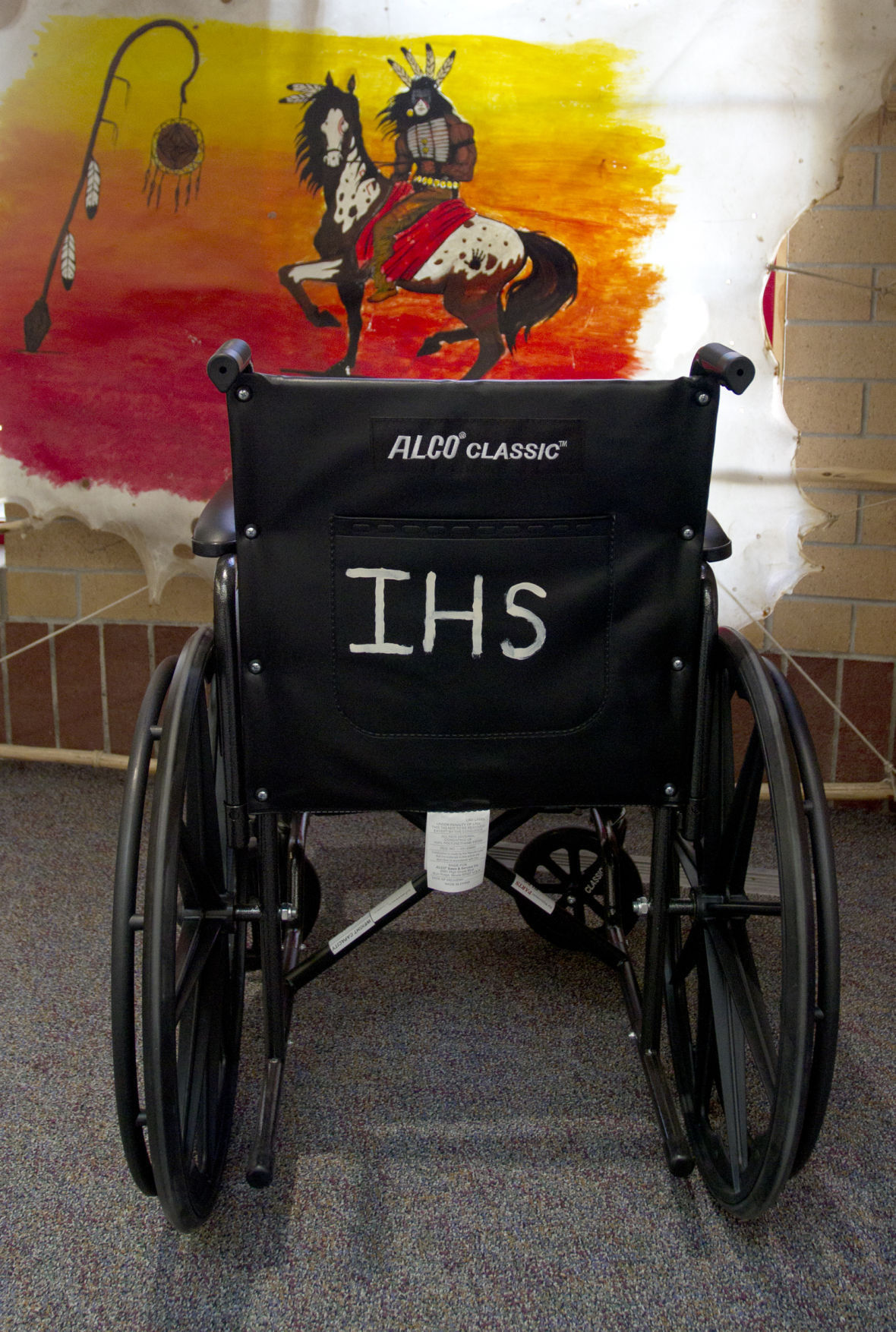 A wheelchair sits in the lobby of the Crow-Northern Cheyenne Hospital in 2016. With an eye on preventative heal care and suicide prevention, Montana's Department of Public Health and Human Services announced 'a historic investment' in tribal health care Thursday.

The Indian Health Service's Crow-Northern Cheyenne Hospital in Crow Agency. After a critical government report, the agency is implementing a five-year plan to address deficiencies in access to care, quality, and management.

After a temporary federal hiring freeze, concerns have arisen over filling jobs at long-understaffed Native American health care facilities, although an official exemption for some hiring could be on the way.

"Any freeze in hiring for Indian initiatives, whether temporary or permanent, threatens to make the challenges facing Indian Country worse," Sen. Jon Tester, D-Mont., said in a statement emailed to the Gazette.

"I urge (Trump) to reconsider and reverse the freeze as it applies to Indian Country and to direct affected agency heads to take whatever actions are necessary to fill positions that service Native Americans," Tester said.

The letter did not list the names or signatures of the committee's eight Republican members, including Sen. Steve Daines of Montana and Sen. John Barrasso of Wyoming.

Daines' staff told the Gazette on Wednesday that the administration has given verbal assurances to the IHS that health emergency management personnel essential to public safety — including doctors, nurses and medical technicians — will be exempt from the freeze.

On Jan. 23, Trump ordered a broad hiring "freeze on the hiring of federal civilian employees to be applied across the board" that barred the filling of vacant positions and the creation of new ones. It was presented as a temporary halt until the director of the Office of Management and Budget presents within 90 days, and then implements a plan to reduce the size of the federal workforce.

Indian Health Service facilities have in recent years been down 20 percent or more for physicians, nurses and other clinical providers, which has forced a reduction in access to service while also threatening accreditation statuses.

"Even before the hiring freeze was announced, Federal agencies that provide these services were struggling to recruit and retain a qualified workforce, with personnel vacancies consistently cited by the Government Accountability Office and agency inspectors general as a major factor in the lack of available essential and basic services for Native peoples," the letter said.

In Montana, the IHS has service units scattered across the state's seven reservations. According to the agency's website, there are nearly 75 open IHS positions throughout the state, ranging from nurses and physicians to dental officers and pharmacists.

Nationally, the agency employs about 15,000 people, but has had trouble filling open jobs for years.

While Dupree couldn't be reached for comment, she said shortly after her hiring that the challenges faced by the office included a chronic lack of funding, long patient wait times and difficulties meeting health care standards.

"We're working on our priorities, and I wanted to see that we sustained our effort to follow the process for quality care," she told the Gazette in August.

On Jan. 25, shortly after the presidential memorandum ordering the freeze, Daines issued a statement expressing general support for the executive action.

"We don't need more federal employees with less accountability," he said. "The federal government must become more efficient and accountable to taxpayers. Everything should be on the table."

He has also said he supports the effort to temporarily halt hiring while federal officials look at ways to cut a federal budget deficit of nearly $20 trillion.

Tester and other senators noted that the freeze could affect about 100 vacancies within the Bureau of Indian Education and makes it more difficult to address a 50 percent staffing shortage for law enforcement in Native communities.

The order does not include military personnel. A handful of other exemptions and additional guidance documents, including exemptions for certain positions within the U.S. Department of Veterans Affairs that include doctors, nurses and psychologists, have been announced in the days since.

What household items need cleaning everyday and what can wait

More and more Montanans depending on rural public transit

Sunlight soaked hay fields reflected off the blacktop of Highway 2 as a short, white bus carried passengers in one of the most rural regions o…

Indian Health Service regional director: 'I love what I do ... I love the people I work with'

When Dorothy Dupree first came from Arizona to lead the regional Indian Health Service office in Billings, it was supposed to be a four-month …

On Montana's reservations, many are unsure what Trump presidency will bring

Montana tribes taking health issues into their own hands

Ball cap turned backward and holding a pipette in his gloved hand, Colbi Kipp hunched over a tray of tiny vials that might help doctors better…

A wheelchair sits in the lobby of the Crow-Northern Cheyenne Hospital in 2016. With an eye on preventative heal care and suicide prevention, Montana's Department of Public Health and Human Services announced 'a historic investment' in tribal health care Thursday.

The Indian Health Service's Crow-Northern Cheyenne Hospital in Crow Agency. After a critical government report, the agency is implementing a five-year plan to address deficiencies in access to care, quality, and management.