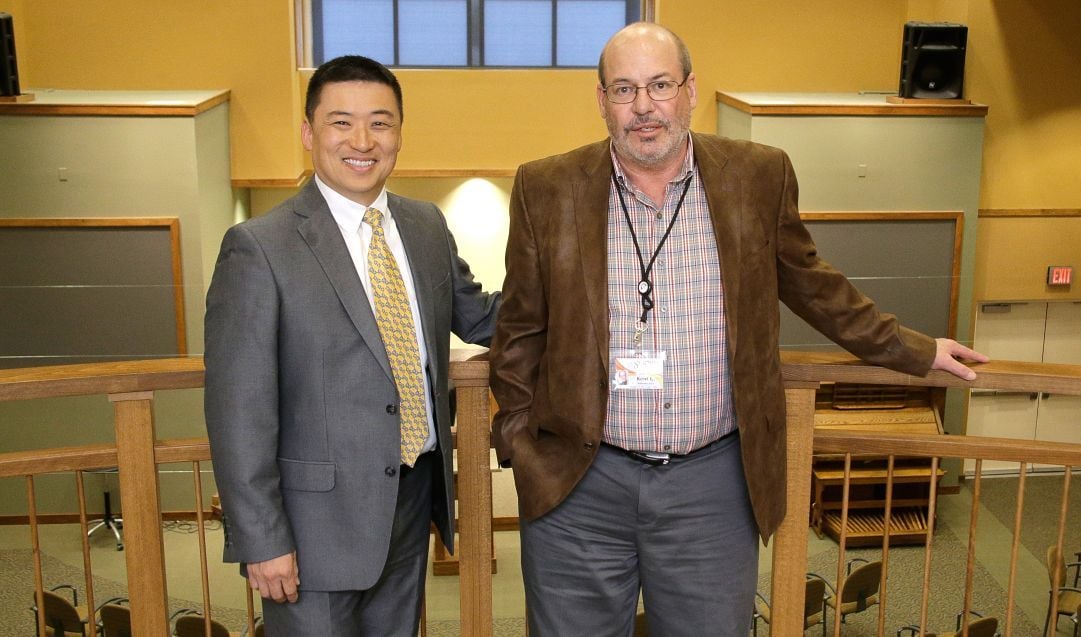 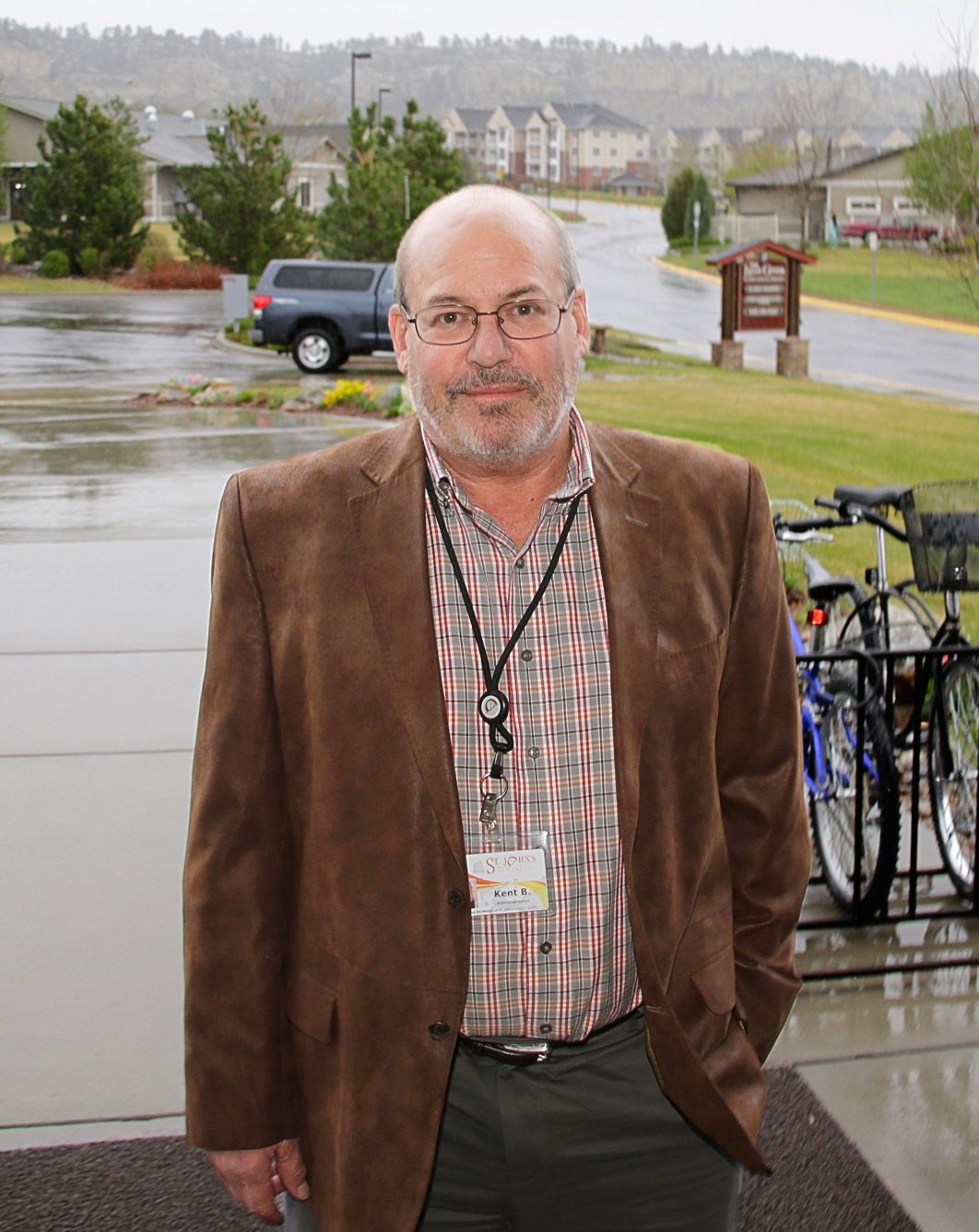 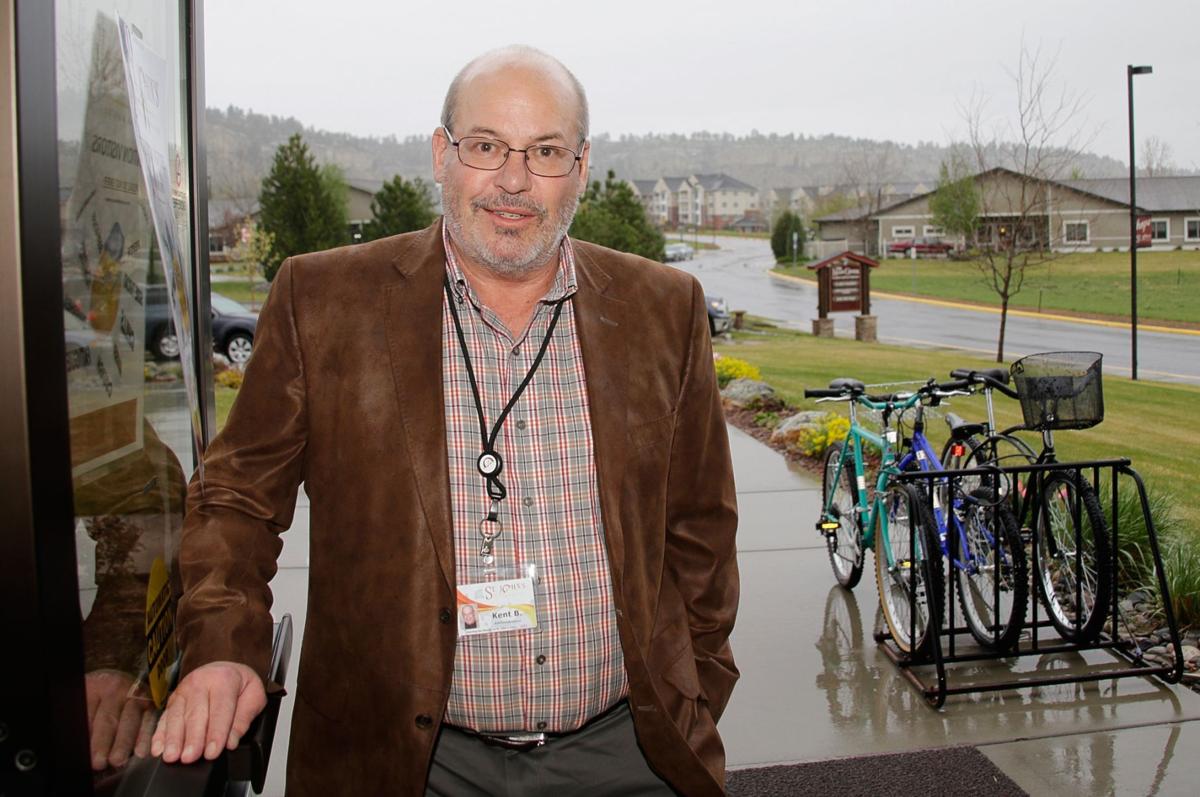 Ask Kent Burgess about his legacy at St. John's Lutheran Ministries, and you're likely to hear more about how much he loves the place than anything else.

Instead of listing individual accomplishments or awards, he rattles off the myriad services the organization provides to older Montanans and youth alike and beams when describing the work of the more than 650 staff members at the Billings-based senior living and health care community.

"There's no place I'd rather be than St. John's because it is the happiest place, and it is full of life," Burgess said.

It's also a place where, with the announcement that he'll retire on May 1 after 25 years as St. John's CEO, his role is changing.

While he might be quick to defer credit, Burgess' years at the helm have given him a front-row seat to impressive growth throughout the organization and an integral hand in shaping it into an innovative leader within the senior living industry.

Founded in the 1960s with a stated mission of "providing living opportunities within nurturing environments of hope, dignity and love," St. John's mostly provides services for the elderly — independent and assisted living, nursing home and home health care, transitional care that includes a rehab center and the like — but it also runs a licensed, 137-child day care and and a statewide adoption agency.

When Burgess joined in 1991, he took over an organization that had one building on its campus, which sits near Rimrock and Shiloh roads, and 200 or so employees. Today, it has expanded to include at least 14 buildings in four cities and employs 650 people.

"He has spent his career in long-term care, and that is probably one of the most challenging areas of health care," said Carol Beam, president and CEO of Rocky Mountain Health Network, St. Vincent Healthcare's accountable care organization, and a 20-year colleague of Burgess'. "It's one that he has made into such a successful mission for himself and for the people who work for him. It's almost like he was called to end up at an organization like St. John's."

During his time at St. John's, Burgess brought in a number of innovative programs that have become models for other organizations across the country.

Included in that list are the cottages at St. John's, which are a group of smaller houses for a dozen or so assisted-living or skilled-nursing residents. They provide a more home-like environment, complete with individual bedrooms, dining rooms and common and family areas.

St. John's became in 2005 just the second organization to offer the cottage model, after staff visited the first in Tupelo, Miss., and liked the idea.

Burgess said the success of those is evident when he can walk into any one on Thanksgiving and see residents and their families gathered in the open kitchen and dining rooms, having a full family celebration.

"I know that's something different," he said.

One of his favorite additions was a small, century-old church in Box Elder that he helped get loaded onto semi trucks and hauled to Billings, where it now sits, fixed up and in use, on the St. John's main campus.

He's also helped bring together a pair of senior living, continuing care retirement communities in Mission Ridge on the West End and the soon-to-open Wyndstone in the Heights.

But, for all of the expansion, Burgess said his time at St. John's has been about more than just growing the campus and services.

"It's not so much the building development as much as it is the people development," he said.

That might be best shown in the man who has been tapped to replace Burgess, current COO David Trost.

Burgess described Trost as "my first major recruiting success," after bringing him into the organization in 1995 and watching him take a role in most of St. John's major projects, and day-to-day operations.

"You'll find his hand prints on almost all of it," Burgess said. "He's a gifted administrator with a big heart, and I would say it's the big heart that counts the most."

Trost said that Burgess has been the biggest influence on his career and that he learned from him that the St. John's mission and the people who work there are what makes it work so well for the people it serves.

That, he said, is no easy task.

"We're trying to bring a nurturing environment," he said. "The problems are beyond money. The problems are about human connections and human relationships, and that can be hard work."

Throughout Burgess' tenure, he's made sure St. John's brought in interns from a number of schools, and today at least four are serving in administrative positions at St. John's, while others have moved on to careers in the field around the country.

Colleagues said that Burgess' influence has spread far beyond the St. John's campus and into the realm of health care throughout Montana and the region.

He has served on the Montana Hospital Association board of directors, worked with national post-acute care nonprofits and collaborated with health care organizations across the state.

He described Burgess as "an incredibly strong leader" and a key driver in developing health care policy regarding post-acute care whom he respects greatly.

"He's been one of the major health care leaders in our region over the years and is going to leave an indelible stamp on it when he leaves," Wolter said.

Burgess first started working in senior care as a college student in the 1970s at Boise State University in Idaho.

It's an experience that quickly left a mark on him and, in some ways, ended up shaping the rest of his career, showing him that caring for someone when they needed it made a big impact.

He sees new challenges that Trost and the rest of the staff will face in the coming years at St. John's, due largely to a combination of an upcoming surge of baby boomers getting to the age where they'll need more care and a lack of people in the front-line workforce to assist.

"The demographics just don't work, and we're beginning to see the tip of that iceberg today," he said.

That's something Trost said he's taking seriously and something he expects to work on for years to come.

"How does St. John's continue to be relevant in the community?" he said. "What does the community want? How can we be relevant for the next 50 years? It's not as much about my vision. It's about the vision of those we're accountable to. How we care for our staff is how our staff will care for others."

Burgess said he decided to retire because "25 years just felt like enough time to subject anyone to my leadership," and that he hopes to explore Montana with his wife, who also recently retired.

But, after a break, he suspects he'll also be around to provide a bit of advice and volunteer on a regular basis on the grounds he loves and helped to build.

Kent Burgess, CEO of St. John's Lutheran Ministries, will retire on May 1 after holding the position for 25 years.

On May, the annual meeting of the 23 Lutheran congregations that own St. John's will take place, when a new board of directors will be elected and installed. The board will then say farewell to Burgess and install David Trost as the new CEO.

The board will also honor Moulton Bellingham Law Firm as its Business Partner of the Year and Ben and Joei Uselman as Philantopists of the Year.

Watch Now: How to deal with constant anger

TikTok says it now has over 1 billion monthly active users

TikTok says it now has over 1 billion monthly active users

Yellowstone County residents who rely on health care services in their homes have a new Medicare-certified option — Senior Independence of Montana.

Dr. Robert Bush, a Montana native, has been hired to direct the Internal Medicine Residency Program at Billings Clinic and is said to be the i…