Trickle Down Theory: Soothe the senses by incorporating a water feature into your back yard
Share this
1 of 5 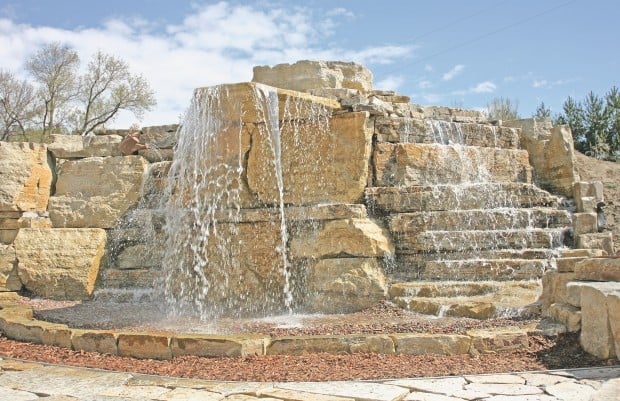 This water feature’s materials were mined from the DeVries’ family’s siltstone rock quarry on their ranch in Roberts. 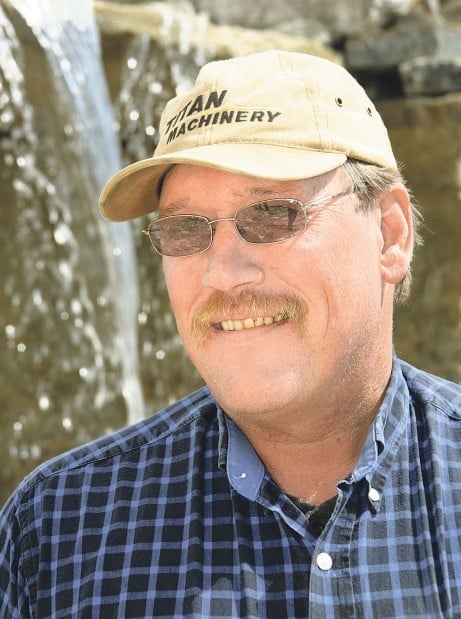 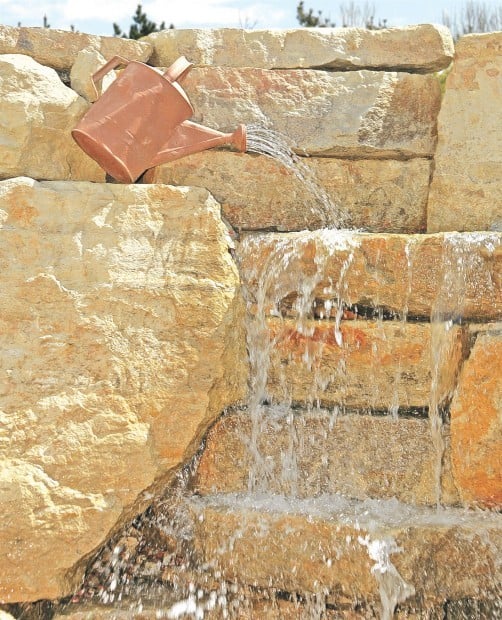 This spectacular water feature by Carl DeVries and D-RockBoyz is accented by a water bucket drizzling sprinkles down the terraced edges. 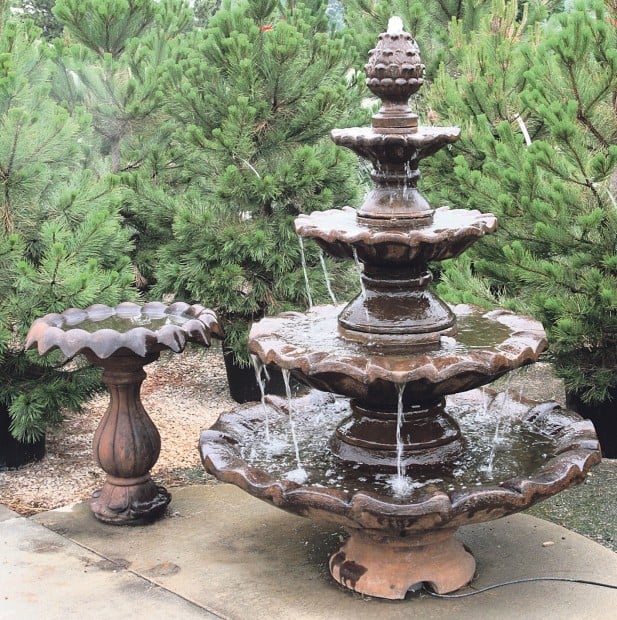 Water features are available at a variety of price points, like this tiered fountain and bird bath from Sylvan Nursery in Billings. 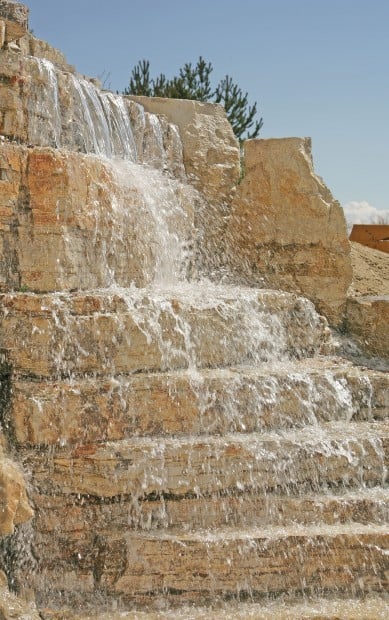 Everyone else gets mud when they mix earth, rock and water.

But Carl DeVries gets poetry—in motion.

As owner of D-RockBoyz LLC, DeVries and his sons have earned the reputation of creating hand-crafted, personally-tailored, one-of-a-kind pieces of functional art. DeVries and his four sons create rock fences, rock docks, patios and fire pits, but the family-owned and operated business specializes in construction of custom retaining walls and waterfalls.

Designed to emulate the backdrop of the Rims, one of DeVries’ latest projects at a local West End home is dripping with aesthetic appeal.

The waterfall featured in the home above was inspired by nature, captured by DeVries.

"Our goal was to make it look beautiful and natural, emulating God's work," he said.

The stones lining the waterfall were rock-mined from the family's siltstone rock quarry east of Roberts, just a stone's throw from Red Lodge.

"Siltstone is nice to use in water features because it's more durable than sandstone and won't melt away in water," DeVries said.

And because space, location and client preferences vary, DeVries rarely does the same feature twice.

"They are all unique," he said, "and are a product of listening to exactly what the client wants and creating a feature they can connect to."

"Often, the homeowner wants to come to the back yard and release some tension," DeVries said. "Sitting next to a water feature for a few moments can do just that."

The waterfall featured top right operates on an elaborate two-pump system and pumps upwards of 400 gallons of water per minute, DeVries said.

This display is exquisite and spectacular to say the least, but DeVries said it is not a prerequisite for all of his water creations to be so ornate.

"We can design a feature for nearly every back yard," DeVries said.

Not everyone has the space or can afford to build a large-scale water feature in his or her back yard — but that's not to say you have to lose out on the experience.

Bonnie Beyers, manager at Sylvan Nursery in Billings, said that the gardening and landscaping center carries a wide array of smaller fountains, bird baths and other water features perfect for the do-it-yourselfer.

"One of our most popular items is called a pondless waterfall," Beyers said.

"All you need to furnish is the labor and the rock," she said.

Bird baths and tiered fountains can also make nice additions to your backyard sanctuary, Beyers said. And Sylvan carries them in a variety of shapes, sizes and price points.

And if you live in an apartment complex devoid of lush, green yard space, Sylvan carries log fountains that are perfect for a small patio or terrace, she said.

For additional DIY water feature ideas and products, log on to www.sylvannursery-mt.com

To view more before-and-after water feature and stone projects by Carl DeVries as D-RockBoyz, log on to d-rockboyz.com.

Boy Who Lost Leg Gets Puppy Born Without A Paw

Boy Who Lost Leg Gets Puppy Born Without A Paw

This water feature’s materials were mined from the DeVries’ family’s siltstone rock quarry on their ranch in Roberts.

This spectacular water feature by Carl DeVries and D-RockBoyz is accented by a water bucket drizzling sprinkles down the terraced edges.

Water features are available at a variety of price points, like this tiered fountain and bird bath from Sylvan Nursery in Billings.