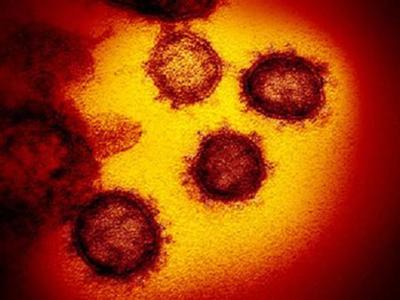 Jessica Johnson held her newborn son close to her heart.

The baby boy named Kingston curled up on her chest, as she gently pressed her face to his. He arrived at 6:58 a.m. on Easter, weighing eight pounds and eight ounces. In those first few moments, all his mother thought about was how beautiful he was.

But fear soon set in.

Johnson, 33, had given birth to a healthy baby less than one month into the coronavirus outbreak. As nurses entered her room, she wondered if they had come in contact with someone who had the virus. She worried her son would be exposed to the disease, just moments after he had taken his first breaths.

The coronavirus outbreak shattered the plans new mothers dreamt of for months. Instead of hosting baby showers or introducing grandparents and siblings to their newest family member, new mothers have been left to ruminate over the potential threat the coronavirus has posed for their newborns.

But even before babies were delivered, the stress associated with the pandemic put their health at risk. Anxiety releases a hormone called cortisol that can contribute to pre-term labor, said Dixie Morgese, executive director of the Healthy Start Coalition in Florida, which provides services for pregnant women, infants and young children.

For mothers whose anxiety has only increased with the birth of their babies, advocates urged them to set boundaries with people who attempt to touch their little ones.

“Don’t be afraid to tell people, ‘Please don’t touch my baby,’” Morgese said. “It’s hard enough when you’re a new mom and everybody sees a baby and they want to touch them. I think moms need to be courageous and they need to say, ‘Because of everything going on, I really need to keep a distance between you and my baby.’”

Joanne Roberts, president of the Pregnancy Crisis Center in Daytona Beach, added that women who faced unplanned pregnancies amid the coronavirus outbreak have a right to voice their concerns to those around them. She encouraged the women to be honest about their fear of having children.

“I think they should allow themselves to feel what they need to feel,” Roberts said. “So often we’re told, ‘suck it up, buttercup,’ and that’s not always the right answer.”

The coronavirus outbreak has unnerved pregnant women and new mothers. But enthusiasm has not been lost among children set to become older siblings.

Excited screams greeted Kingston when he arrived at his home. Four children, whose ages ranged from 6 to 11, had waited two days to meet their baby brother.

Not one was jealous. All four were eager to grab him. Eager to love him.

It was sweet to see, though it was not what Johnson had imagined. She had hoped the other children would have met their brother in the hospital, on the day of his birth.

But as the number of coronavirus cases climbed across the state in April, hospitals implemented visitor restrictions to protect patients from the spread of the virus. Johnson had no choice but to introduce the children to Kingston at a later date.

Despite their absence, one important visitor was allowed to witness the baby’s birth on Easter. His father, Jerry Wilson, 33, who married Johnson last October, was granted permission to enter the hospital.

Though Johnson had his support when she delivered Kingston, the separation from her other children was still hard to bear.

“It was heartbreaking,” she said. “It took away a lot of the happiness and excitement of having a baby.”

During a time when new mothers yearn to share the arrival of their infant with loved ones, many have been left disappointed by the need to distance themselves from others.

“A new baby comes in the family and the most natural inclination is for everyone to pass that baby around,” Morgese said. “It’s natural to want to let that baby see your face and feel you and hear you. I think it’s very sad for new moms who had an idea in their mind of what it was going to be like when the family came to the hospital.”

Visitor restrictions at hospitals have been difficult to accept, but the strict rules are critical to protecting others from potential exposure to the virus.

Halifax Health spokesman John Guthrie said in an email that visitors who have been in contact with an infected patient before and during a new mother’s hospitalization are a possible source of influenza for other patients, visitors and staff.

He added that all visitors are screened for signs and symptoms of acute respiratory illness before being allowed to enter the hospital or unit. It is currently unknown how susceptible newborns may be to the virus, he said.

While safety measures like social distancing and hand washing can be used to reduce the risk of potential transmission to infants, advocates cautioned against another often-recommended precaution.

“It may seem like a common sense thing,” she said. “But you may consider it when you’re thinking your job is to protect your infant from a virus that spreads through droplets, and you have to take your baby out into the world.”

Face masks can reduce an infant’s intake of oxygen or force them to breathe their own carbon monoxide, Morgese warned. Unintentional suffocation, she added, is not an uncommon death among babies.

Fear of death or illness can cloud the early weeks of motherhood. But the strong desire to protect newborns has also landed on the shoulders of many fathers, some of whom might be unaware of the toll it can take on their mental health.

Nearly 10% of fathers experience paternal postpartum depression after the birth of their child, Morgese said. Some of the symptoms tied to the mood disorder, she noted, might seem normal for new parents who wake up four to six times throughout the night to tend to their babies. Symptoms include irritability, aggression and difficulty sleeping.

Like mothers, new fathers also worry about the health of their infants amid a raging pandemic.

The first week Kingston spent outside the hospital, his father stayed home from work to protect him from potential exposure to the virus.

Wilson had also taken the previous three weeks off. But after one month without pay, he returned to unfamiliar homes to fix broken air conditioners.

For nearly the last two months, when Wilson walks through the door of his own home, he avoids Johnson and Kingston and heads straight for the shower. The newborn remains untouched until his father emerges in fresh clothes.

“It takes its toll,” Wilson said. “When I come home, the first thing I want to do is give everybody hugs and kisses, and I can’t do that anymore. But those little extra steps are all worth it to keep everybody safe.”

A new study suggests that pregnant Black women are at highest risk for adverse birth outcomes due to the environmental effects of climate change and pollution.

How to hire a babysitter during the pandemic

In the yellow phase, child-care centers and day camps can resume. But not everyone feels comfortable yet sending their kids into environments …

More pregnant women ask about home births due to COVID-19

Laura Adkins was six months pregnant with her third child when she decided to have a home birth.

5 tips on how to stay safe while boating

5 tips on how to stay safe while boating