Please log in to keep reading.
Enjoy unlimited articles at one of our lowest prices ever.
You have permission to edit this collection.
Edit

Data suggests that more than 50 percent of 18 to 34 year olds don’t have a steady partner and only 28 percent are currently married. This means that there are more young singles than ever. 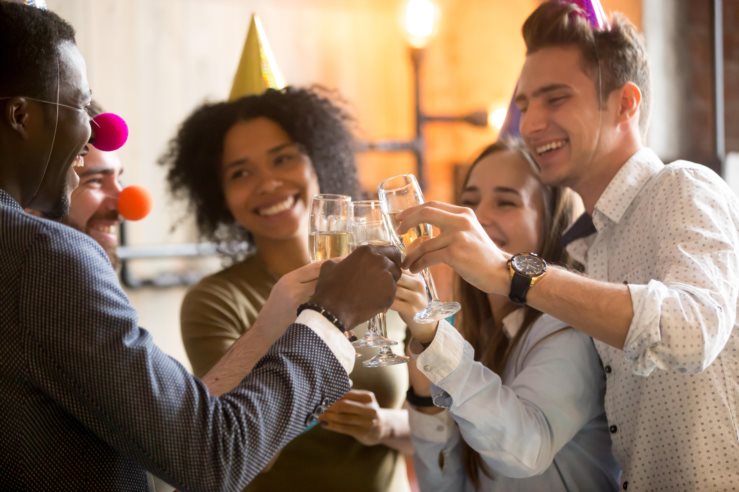 There’s no doubt that millennials—those born between 1981 and 1996—live very differently from their parents and other generations. Millennials are rewriting the rules of work, homeownership, dating, and marriage.

In addition to putting off marriage, millennials are also more likely to be single with “no steady partner.” Data from the independent research organization NORC at the University of Chicago shows that more than 50 percent of 18 to 34 year olds don’t have a steady partner and only 28 percent are currently married. This means that there are more young singles than ever. 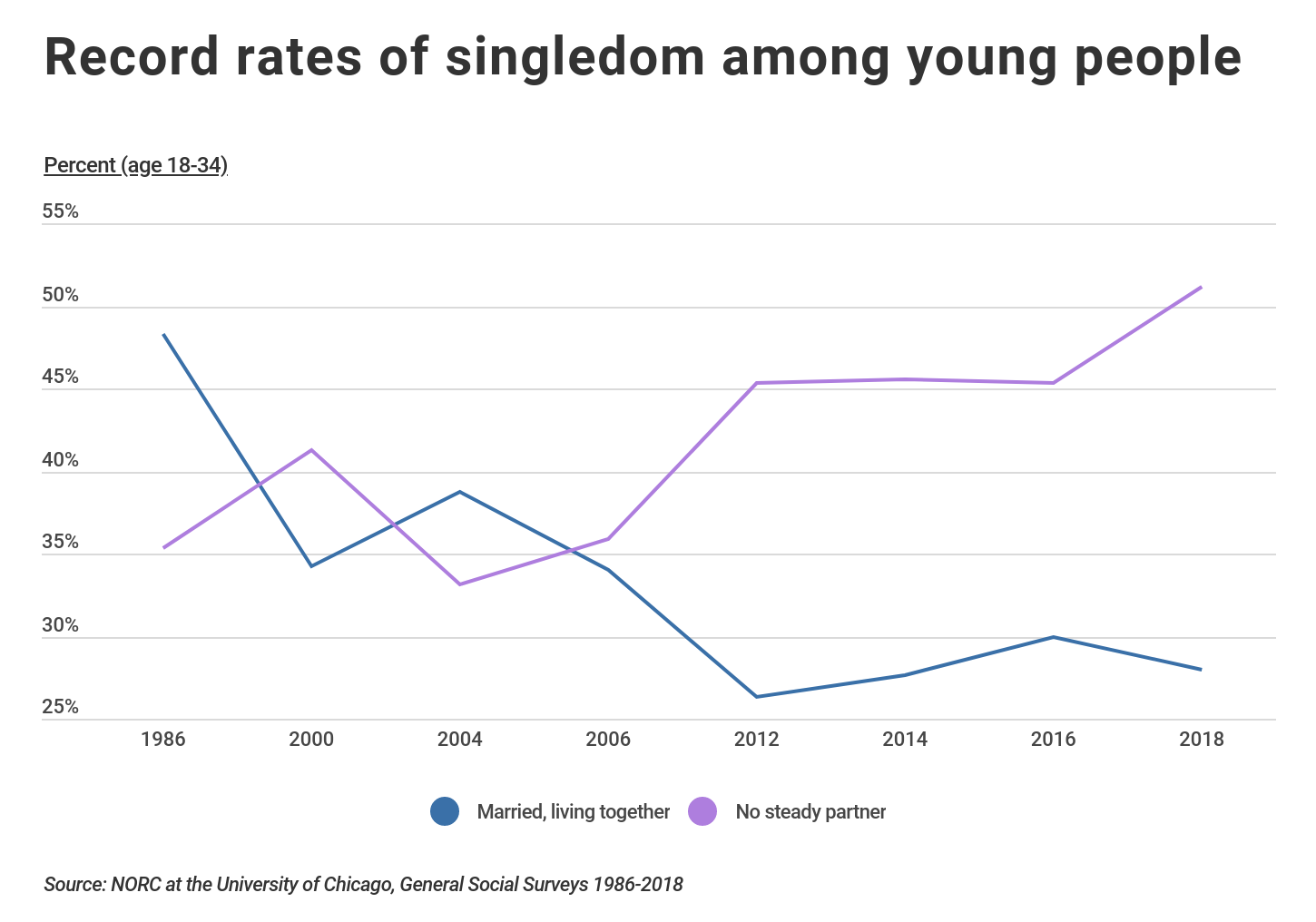 Whether happily single or actively searching for someone to settle down with, single millennials benefit from living in places that offer a wide range of high-paying jobs, plenty to do, and a large pool of other young singles to socialize with. To find the best metro areas for single millennials, researchers at Insurantly analyzed data from the U.S. Census Bureau and created a composite score based on the following factors:

Only major metropolitan areas with at least 500,000 people were included in the analysis. Metros were then ranked based on their final composite score.

Interestingly, among millennials nationwide, there are about 14 percent more single men than women; single guys outnumber single girls in almost every major metro. While many of the best cities for single millennials still show an imbalance between single men and women, the ratio tends to be more balanced than average. 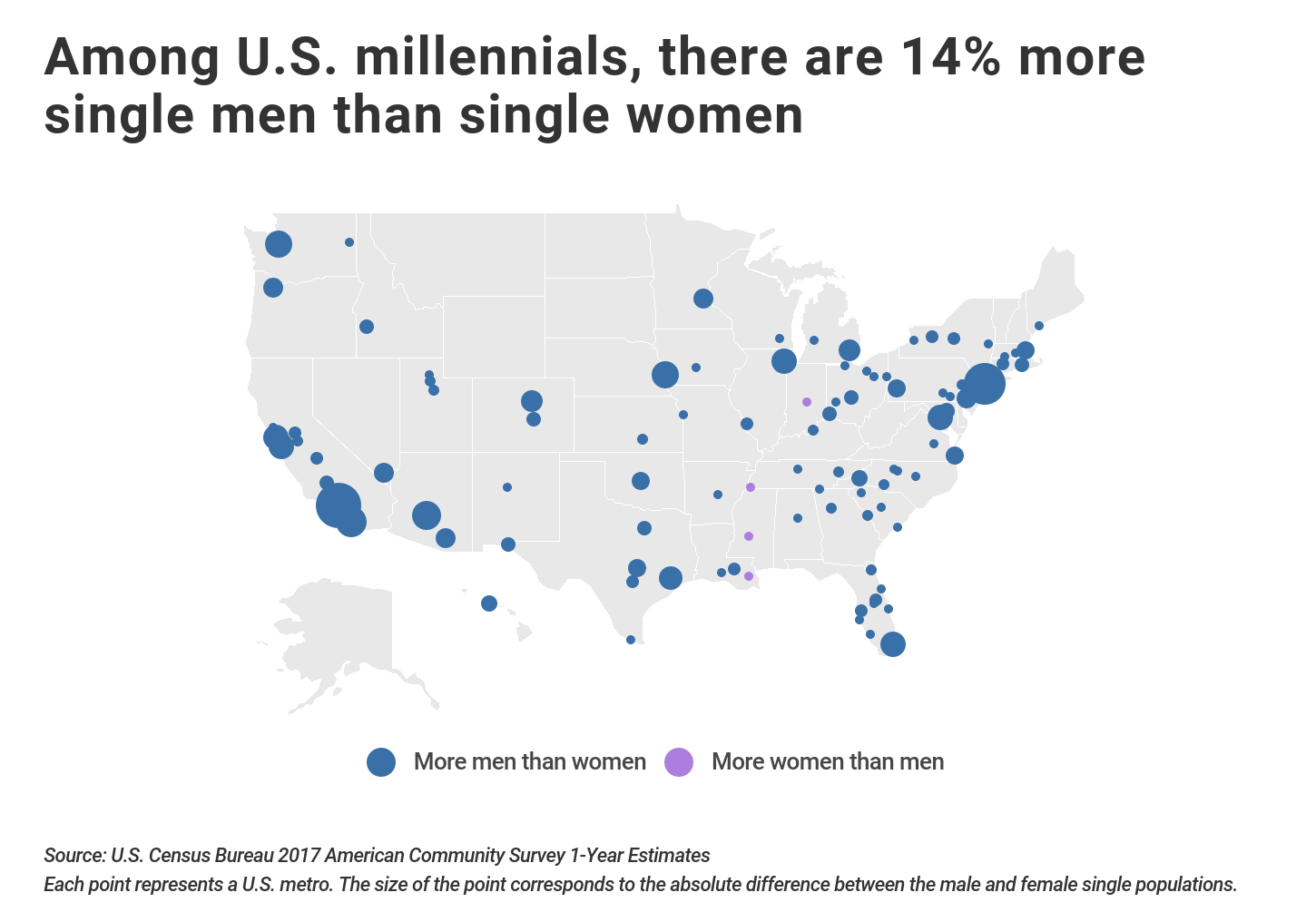 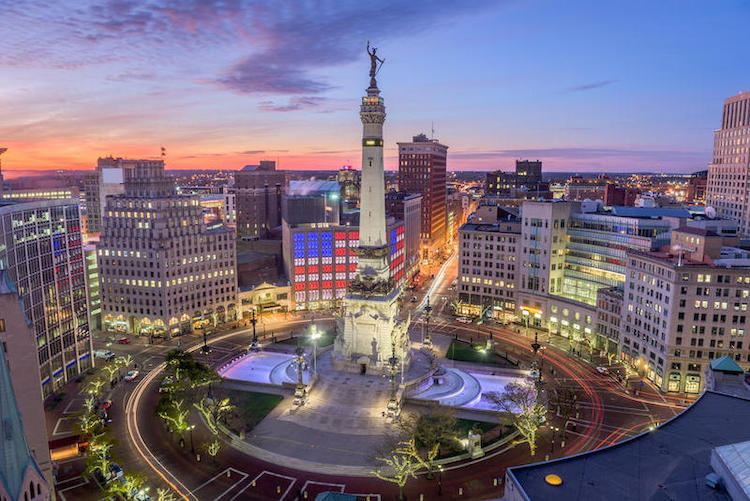 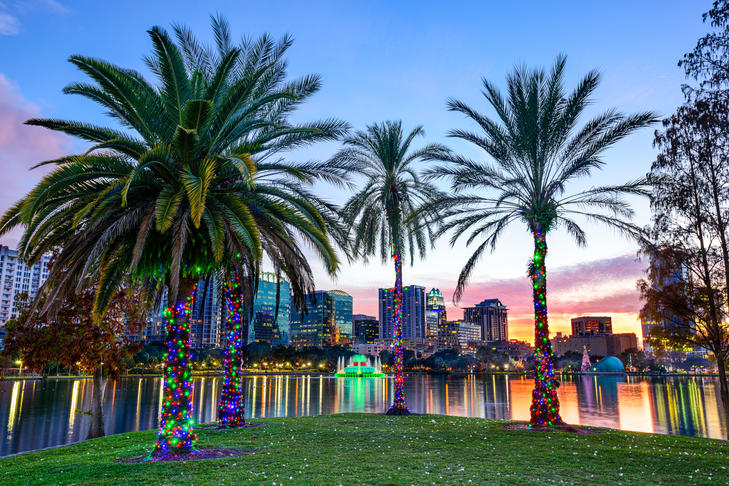 Not just retirees and families with small kids call Orlando home. Millennials make up nearly one-quarter of the population, and the metro area has much more than theme parks to keep millennials entertained. Millennials can visit one of the area’s many craft breweries or head to Wekiva Springs to cool off in the 72-degree water. 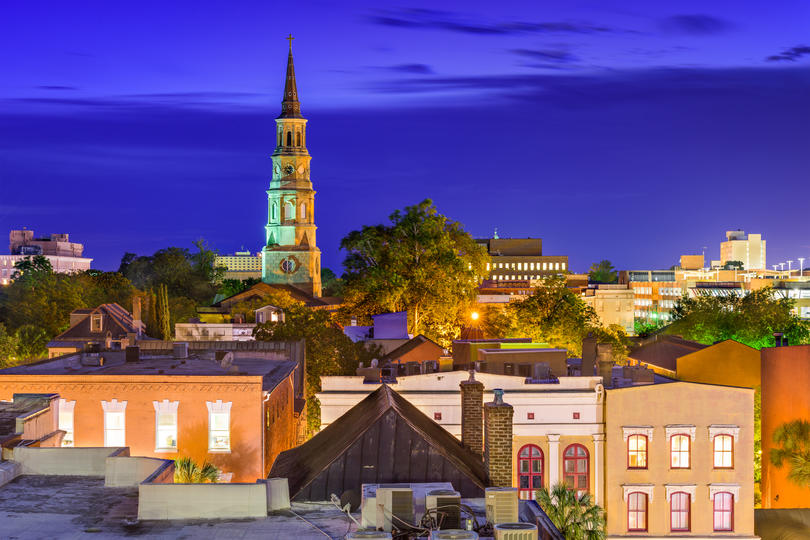 In recent years, Charleston has become a millennial magnet. A flourishing tech start-up economy coupled with a thriving restaurant and arts scene have helped to attract droves of young residents, of which nearly two-thirds are unmarried. 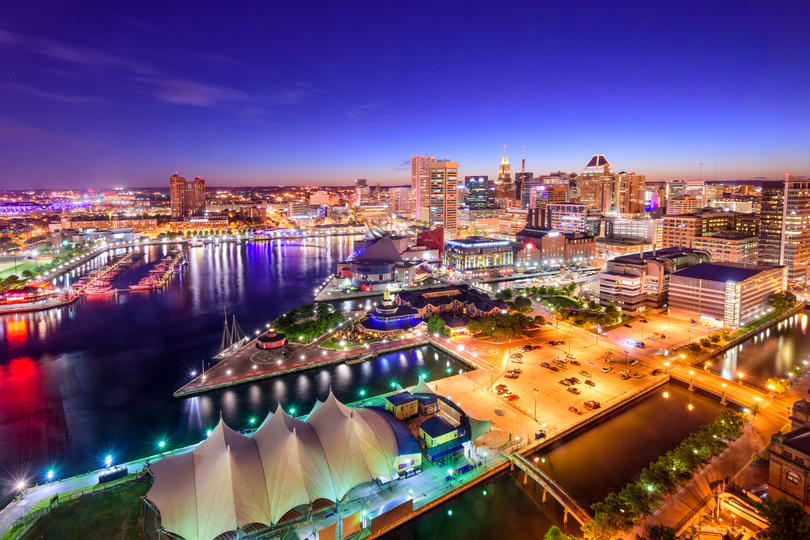 Birthplace of the bottle cap, Baltimore has stayed true to its roots, developing a thriving local brewery scene. The area’s large millennial population enjoys the elusive combination of affordable housing and top-tier job opportunities that the D.C. area helps bring to the region. Young singles can enjoy sailing and endless views of the Baltimore inner harbor. 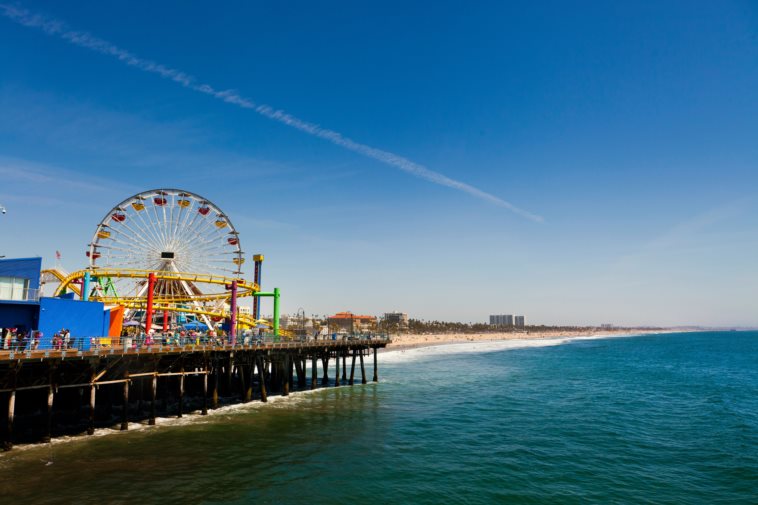 It’s no surprise that L.A. is popular among millennials. Beautiful weather, beaches, and a thriving restaurant/bar scene give single millennials plenty to do. Los Angeles has the highest proportion of single millennials on this list; that combined with a vibrant culture means that there is no shortage of opportunities to meet new people. 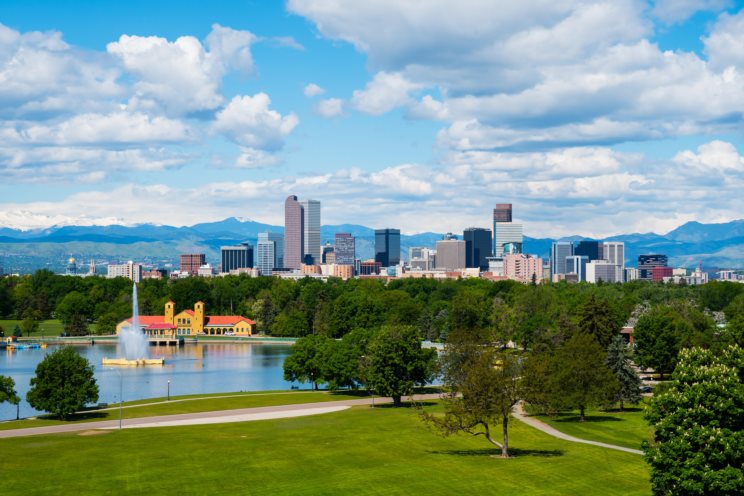 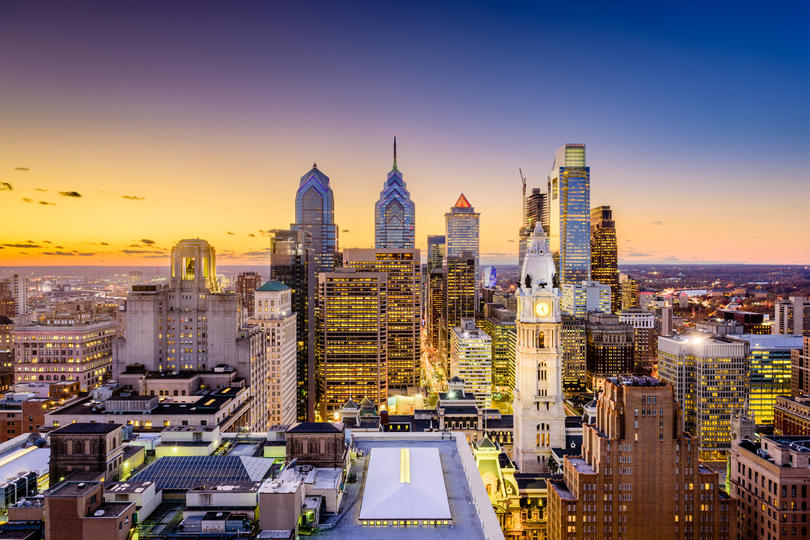 At more than 71 percent, Philadelphia has one of the largest populations of single millennials. Philly’s numerous breweries, live music venues, and farmers markets give young residents plenty to do in their free time. All of these also make great date spots for the large single population. 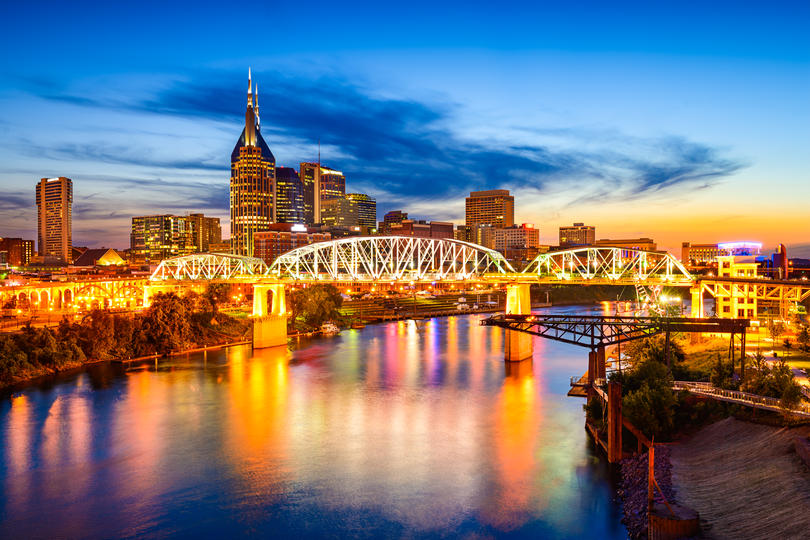 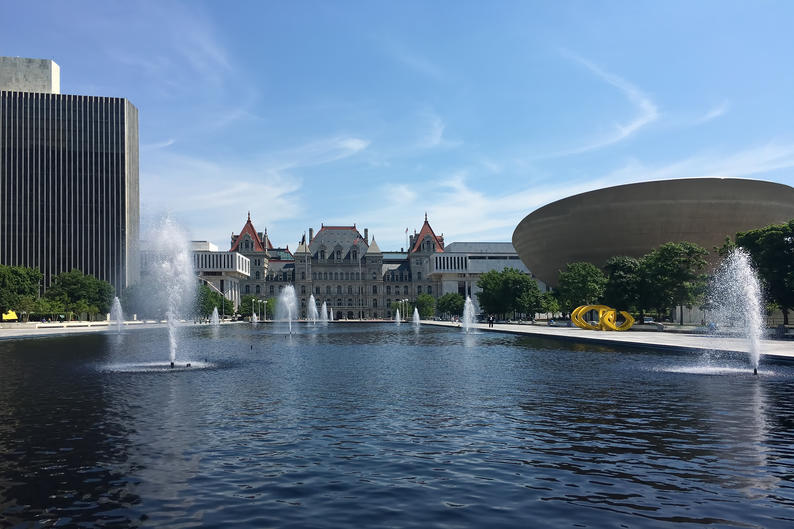 The capital of New York is home to a large millennial population, of which over 71 percent are single. Downtown Albany is the place to be for millennials, boasting cocktail bars, beer gardens, and craft coffee houses. The metro area’s harsh winters do not deter young residents from enjoying the outdoors. Hockey and ice skating are both popular winter activities. 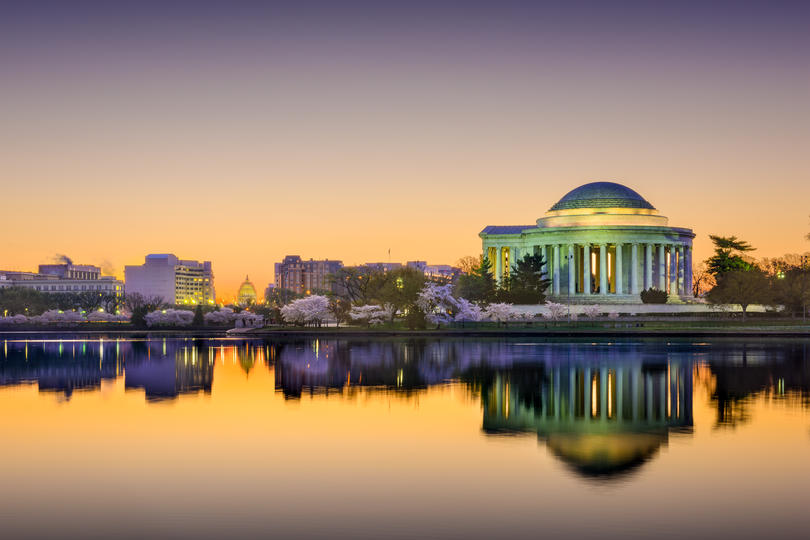 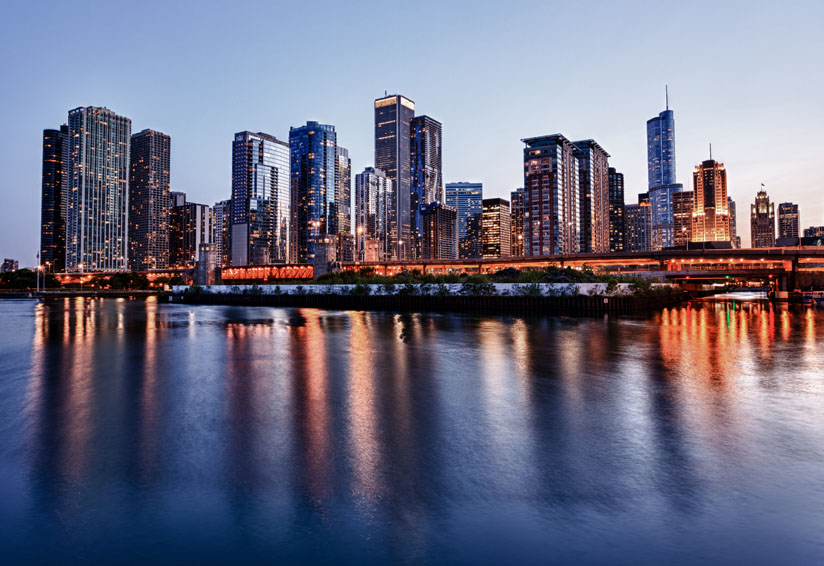 While Chicago millennials must put up with brutal winters, they enjoy reliable public transportation, world-class restaurants, and a flourishing nightlife. Compared to New York and San Francisco, the Windy City is a more affordable place for millennials to call home. 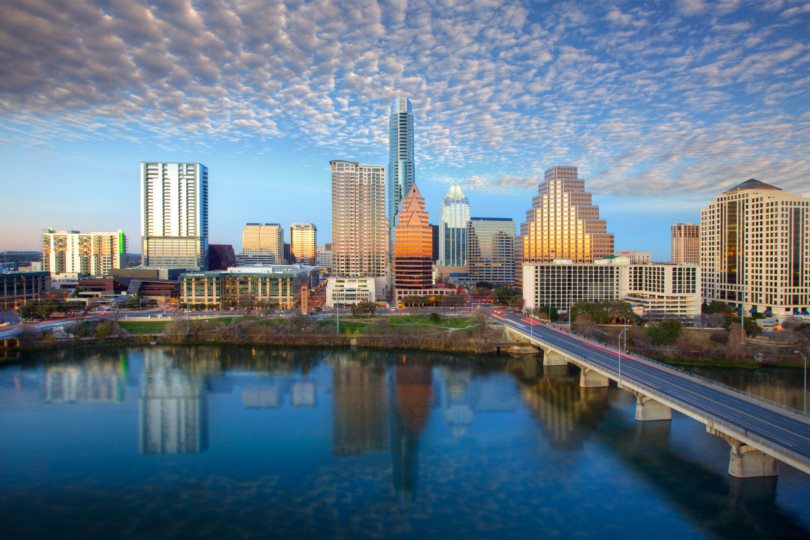 The “Live Music Capital of the World” claims the largest percentage of millennials on the list, with this age group making up 26.1 percent of the population. In addition, 64 percent of these millennials are not married. Austin boasts not only a fantastic live music scene and wealth of outdoor recreation activities, but also a burgeoning tech hub with plenty of high-paying job opportunities. 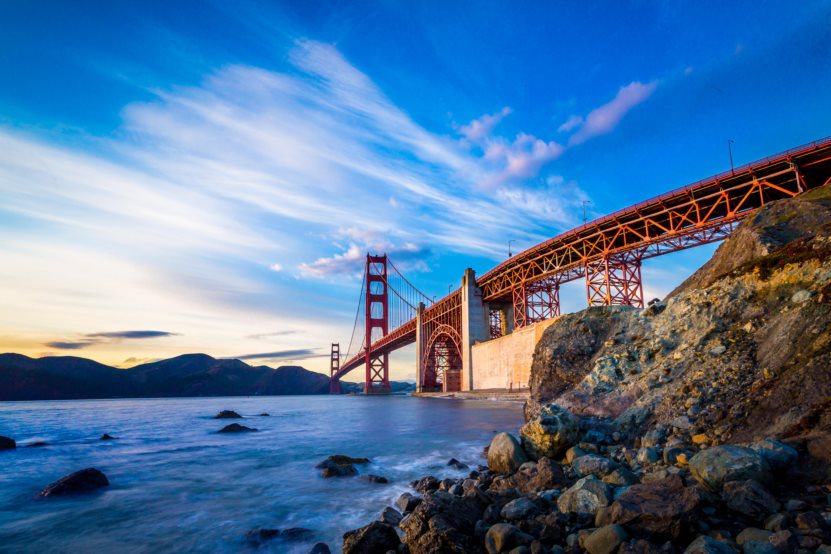 Well-known millennial hotbed San Francisco is home to a large proportion of single millennials, many of whom work demanding (and well-paying) jobs. Despite exorbitant housing costs, the Bay Area has a great foodie scene, hundreds of bars, and plenty of activities to keep singles busy in their free time. 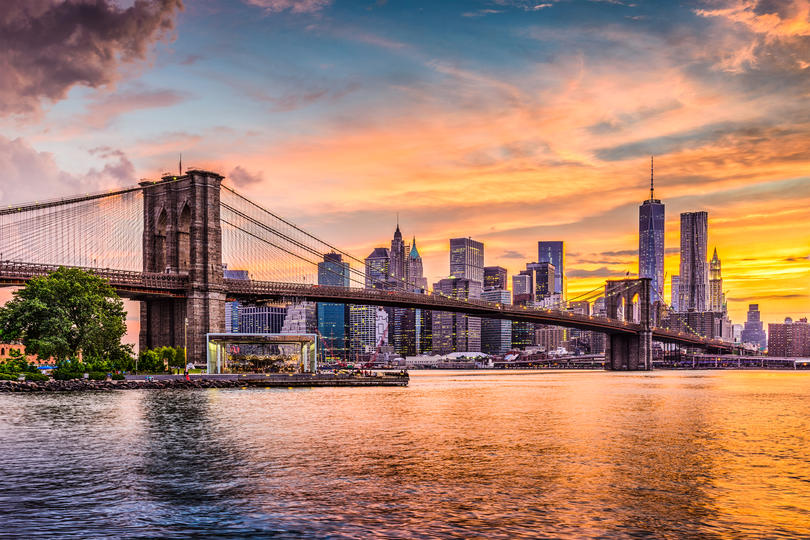 A large majority of the Big Apple’s sizable millennial population is single. The New York metro is home to many restaurants, bars, and clubs, so single millennials can take a break from dating apps and meet other singles the old-fashioned way. In addition to its social and cultural perks, New York offers a consistent supply of high-paying jobs for young professionals—most notably in technology and finance. 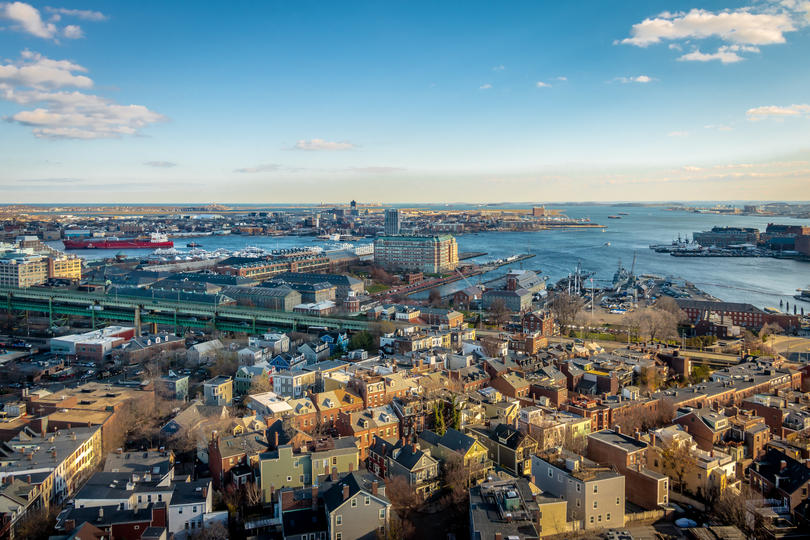 Boston claims the number one spot on the list with a large number of single millennials, high-paying jobs, and no shortage of entertainment. Young, single Boston residents find that the metro area offers a number of unique spots for dates, including watching a ball game at Fenway Park, taking a stroll around Cambridge, or enjoying the 360-degree views of Boston while having dinner at the Top of the Hub.

The data on the millennial share of the total population, the share of millennials that are single, the percentage of single millennials employed full-time, the median income for full-time millennials, and the singles gender balance for millennials is from the 2017 American Community Survey Public Use Microdata Sample (ACS PUMS) dataset.

The Pew Research Center’s definition of millennials is people born from 1981 to 1996; therefore, people aged 21-36 are used in the analysis of the ACS PUMS data.

Related to this collection