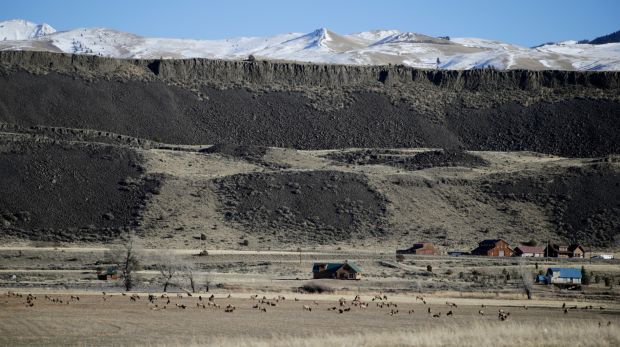 Elk herds that gather on private lands would be targeted under a bill that would give landowners one free elk license to hunt on their property for every four public hunters they allow. 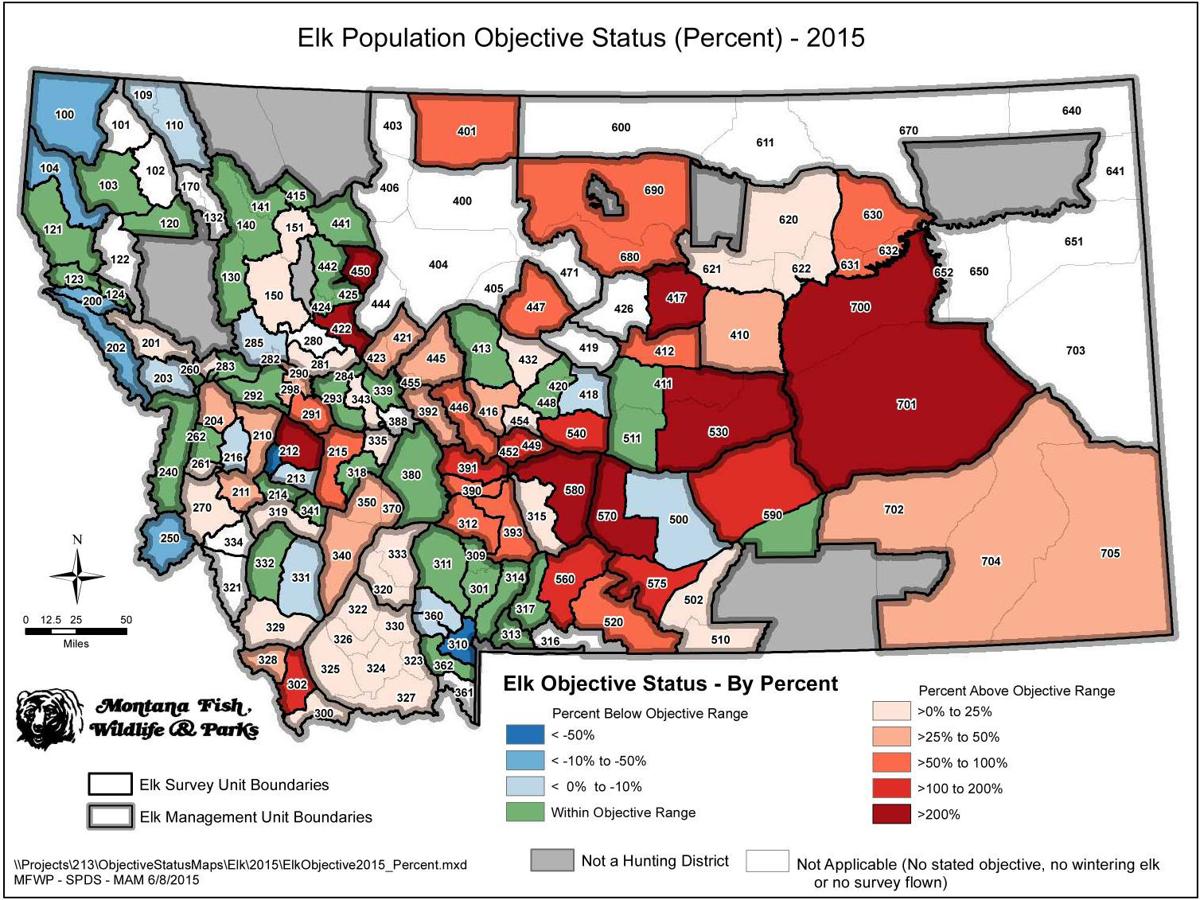 The hunting districts in Montana where elk are over set population objectives tend to be in Eastern Montana where there are large tracts of private land.

Landowners willing to enter into a contract with Fish, Wildlife and Parks to allow public elk hunting on their property would be eligible for free elk hunting licenses under a bill that revises a measure already on the books.

House Bill 96 had its initial hearing in the House Fish, Wildlife and Parks Committee in Helena on Tuesday, prompting several questions from legislators along with support from a variety of groups.

The bill is an attempt to provide hunter access to elk while also giving landowners an incentive to provide access, said Rep. Zach Brown, D-Bozeman, who sponsored the bill. For every four elk hunters allowed onto their property, the landowners would receive one free tag to also hunt on the land. FWP would choose the four hunters through a random drawing of available applicants.

The one-to-four ratio could be applied to four or 100 hunters or more, depending on the details of the landowner’s contract. If the landowner allowed 100 hunters, FWP would award them 25 free elk licenses. The landowner could share his or her permits with immediate family members, whether they are residents or nonresidents, as well as full-time employees. The contracts, which could also be negotiated with nonresident landowners, would be subject to approval by the Fish and Wildlife Commission.

“We think this is a very good tool,” testified Jay Bodner, natural resources director for the Montana Stockgrowers Association.

His support of the bill was echoed by the Montana Outfitters and Guides Association, Rocky Mountain Elk Foundation, Montana Farm Bureau and the Montana Wildlife Federation. Speaking in opposition to the measure was Chuck Denowh of the United Property Owners of Montana.

“The vast majority of landowners allow people access to their property, but few would qualify under the dictates of this bill,” he said.

He said landowners should be able to choose who they want to hunt on their land and be given permits to kill elk “any time a landowner asks for it.”

The bill’s language was developed by the Private Land/Public Wildlife Council as a compromise measure. The group is composed of landowners, hunters, anglers and outfitters. Questions and suggestions for changes by some of the committee members about how parts of the bill were worded bumped into the council’s spirit of compromise.

Rep. Bob Brown, R-Thompson Falls, suggested the ratio be one landowner license for every four days of public hunter access. But Rep. Zach Brown said that would change the intent of the bill and he discouraged “micromanaging” its contents.

“We want to leave flexibility intact, provide flexibility for the landowner to work with the department and the commission, so that it works on their operations,” Zach Brown said. “Everyone deals with access in different ways.”

In response to Rep. Kerry White’s question about whether FWP would assume any responsibility for the hunters it randomly selects, Worsech said no, but added that landowners could negotiate with FWP to include some type of right of refusal into their contract.

Although landowners who enroll their property in the Block Management Program to provide hunter access would be able to take part in the program, they would not be compensated for any hunter chosen through the random drawing.

In other action, the committee held the first reading of HB 128, which would revise the waiting period for some who receive bighorn sheep hunting licenses. The current language requires a seven year wait for hunters who receive a tag before they can apply again, as it does for successful moose and goat hunters.

FWP ran into a problem in southwestern Montana when it created an open season on bighorn sheep in the Tendoy Mountains, which contains a herd that has been persistently infected with pneumonia. After deciding to wipe out the herd, FWP allowed unlimited hunting in the region. But few hunters were willing to buy a tag to kill a young ram if they would be subjected to a seven year waiting period.

Out of the 35 sheep that lived in the Tendoys herd, about 10 still remain, said Quentin Kujala, FWP’s Wildlife Management Section chief. FWP will have to remove those animals on its own, he added.

“This will provide an important management tool that does not penalize hunters,” said Kurt Alt, staff biologist for the Wild Sheep Foundation. “It’s important for disease management and separation, since young rams are the ones that leave and seek company with domestic sheep.”

The third bill the committee heard, HB 150, would modify the language of a law allowing the spouse and dependents of those serving in the armed forces who meet the requirements of statehood to also qualify for resident hunting and fishing licenses.

“This bill is intended to correct an aberration in the law,” said Jim Brown of the Citizens for Balanced Use. “There’s no loss to the state of Montana but it will be a big win for members of the military.”

The committee took no action on any of the bills since it was the first reading.

New technology can look at the brain and heart simultaneously

The fifth edition of the Diagnostic and Statistical Manual of Mental Disorders lists 11 criteria for possible alcohol-use disorder. The presen…

White Sulphur Springs remains the “center of the universe” in the first full year of elk shoulder season hunting, which is restricted almost e…

Bighorn herd north of Yellowstone slow to rebound from pneumonia

Elk herds that gather on private lands would be targeted under a bill that would give landowners one free elk license to hunt on their property for every four public hunters they allow.

The hunting districts in Montana where elk are over set population objectives tend to be in Eastern Montana where there are large tracts of private land.