Strong winds pushed a campfire out of its ring on Saturday night, igniting a small wildland blaze and destroying a trailer at Trail Creek Campground in the Bighorn National Recreation Area.

Campers had made dinner over the fire in a designated pit, then moved into the trailer to eat. Nearby tourists saw the blaze spread and were able to alert the people in the camper before it started on fire.

The Lovell (Wyoming) Fire Department responded to a page with six engines. Their rapid response contained the blaze to three acres, kept the fire from damaging campground facilities and from going over the hill to the historic Hillsboro Ranch.

Once Lovell Fire Department had the fire contained, the National Park Service and Forest Service wildland fire teams monitored, checked for hot spots and mopped up the fire. The fire was considered out by early Sunday afternoon.

The Trail Creek Campground remains open. Campsite C24 is temporarily closed until the remains of the camper can be removed and the site cleaned.

This fall has been unseasonably warm and dry which has led to several days with red flag warnings. Bighorn Canyon staff would like to remind visitors to build fires only in the designated fire pits, do not leave fires unattended, and ensure all fires are dead out before leaving.

As temperatures continue to drop, staff at the Bighorn Canyon National Recreation Area continues to close facilities for the winter. 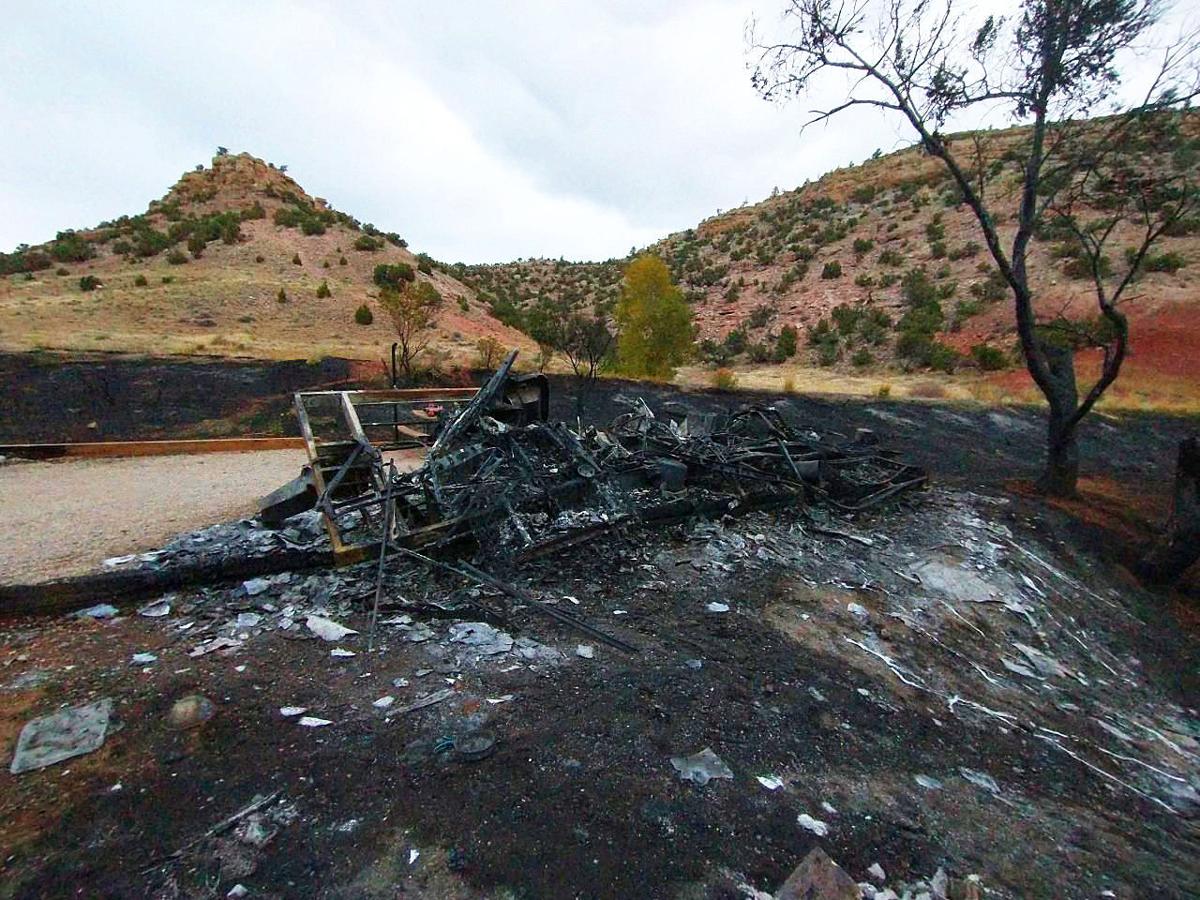 A trailer was destroyed in a fire that ignited after campers left a campfire unattended and high winds swept it out of the ring. 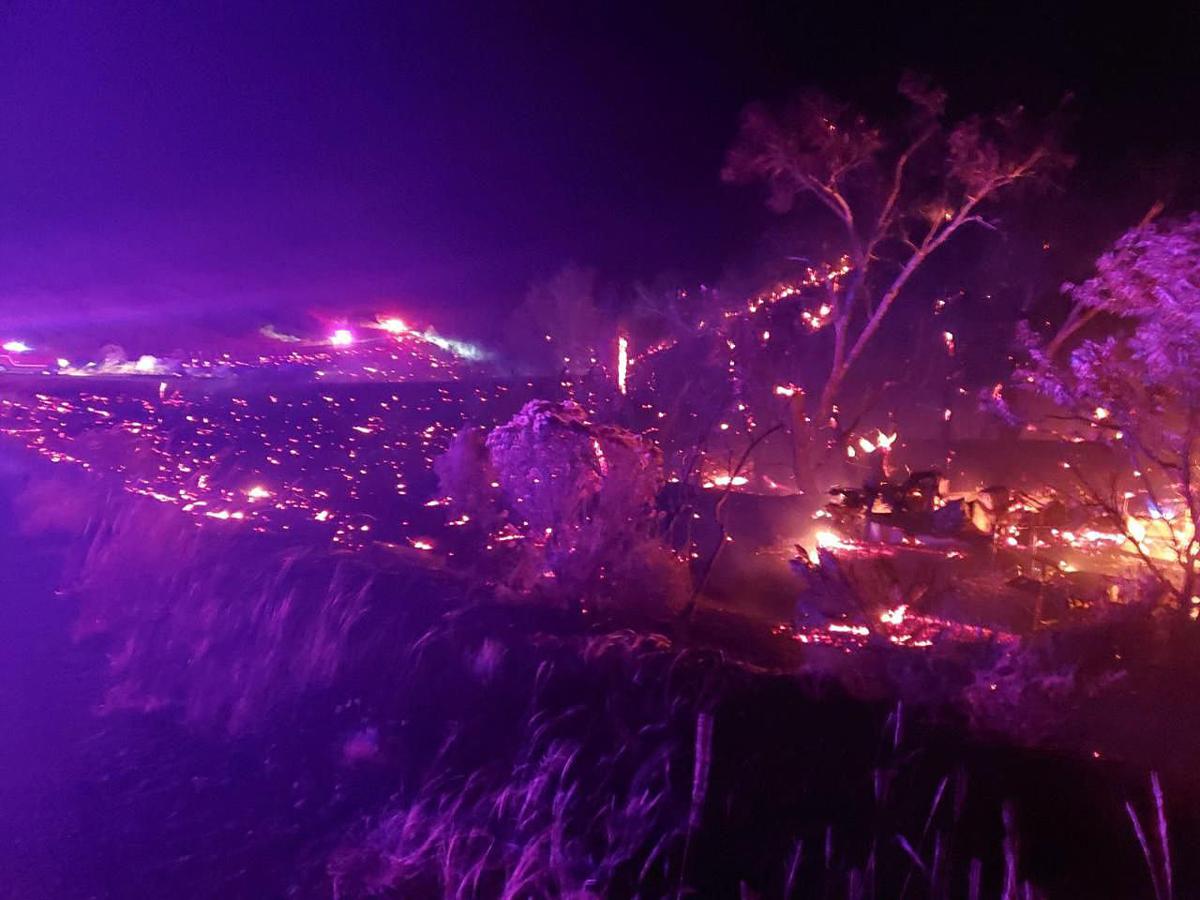 Katherine King captured this photo of the fire at night as it spread into trees and the surrounding sagebrush and grasslands.