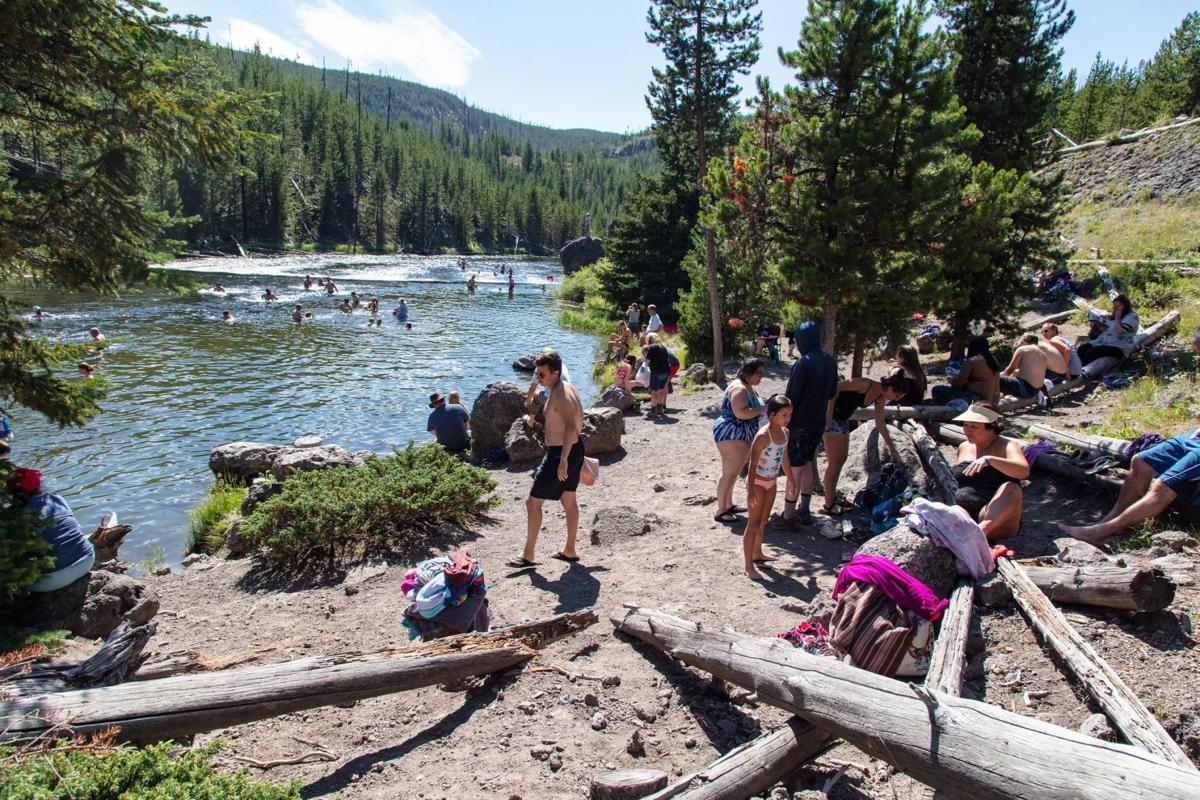 Yellowstone Park tourists play in the Firehole River. The number of recreational visitors to the park last year was down slightly from 2018. 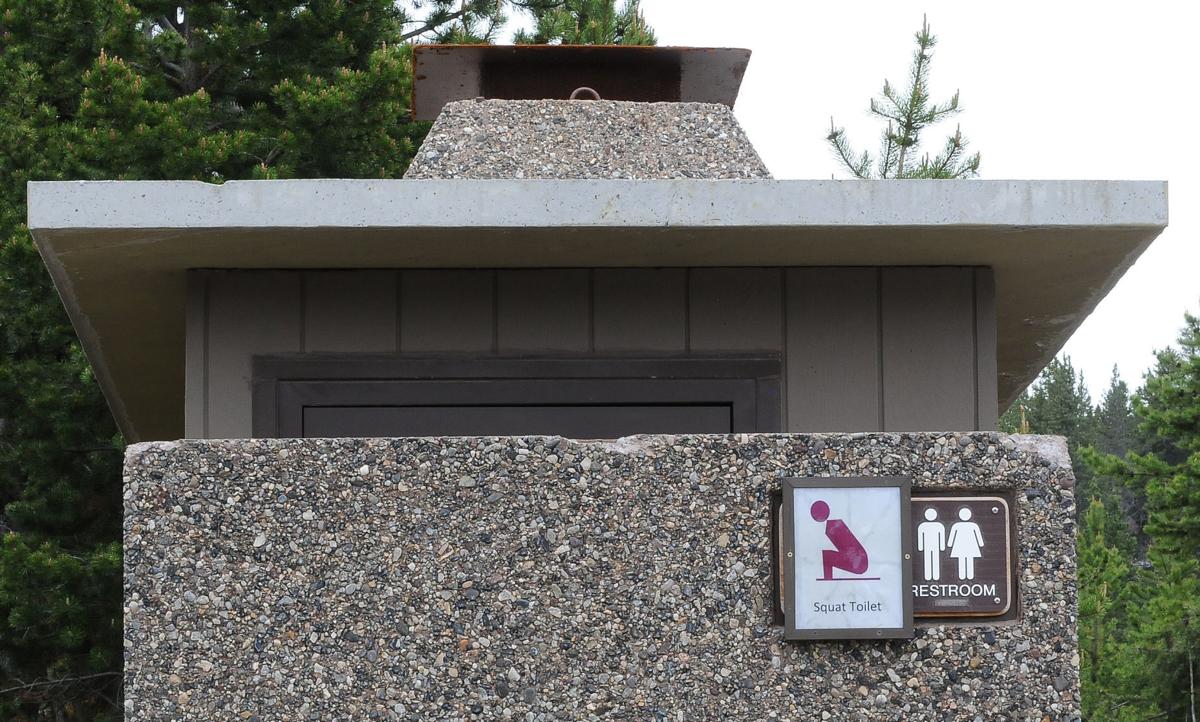 Some vault toilets in Yellowstone National Park have been modified for Asian tourists who are used to squatting rather than sitting on a seat.

The coronavirus outbreak will reduce Chinese travel to Yellowstone National Park, according to tourism officials, but the impact will be small compared to the national effect.

“Yes, we would anticipate it having some effect, but they are not our only customers,” said Marysue Costello, executive director of the West Yellowstone Chamber of Commerce.

Chinese tour groups are “100% suspended right now,” said Norma Nickerson, director of the Institute for Tourism & Recreation Research at the University of Montana.

“We can be pretty sure we’ll see fewer visitors in the Yellowstone area from China this summer,” she added.

"Most Chinese are avoiding any type of travel. Period," said Kenneth Zheng, a University of Wyoming professor who has acted as a Chinese tour liaison in the past. "Even domestic airfares in China are at historically low levels."

First detected in China, the coronavirus has been named a Public Health Emergency of International Concern by the World Health Organization. So far the disease has killed about 2,600 people and infected more than 79,000.

West Yellowstone abuts the West Entrance to Yellowstone National Park, the park’s busiest entryway. Chinese tourism to the United States and Yellowstone began climbing after a 2014 agreement between the U.S. and China made it easier for residents to get a visa.

“Yellowstone is the park” for Chinese tourists, Nickerson said, partly because it was the nation’s first park, but also because of its many geysers and hot pools.

Even before the disease outbreak in China, however, Costello said West Yellowstone saw a decline in Chinese tourists last year.

“It was not as full a year as the prior two,” she said.

Initially, Chinese tourists came by the busload on chartered trips, which is documented in Yellowstone’s statistics. The number of buses visiting the park jumped from about 6,800 in 2013 to 12,800 by 2016. Each bus is capable of carrying about 50 passengers.

Kathy Pope, of the Salt Lake Express tour bus company, said none of her business’ usual Chinese touring customers have verified lease deals, although it typically doesn’t pick up until around mid-May.

“They’re just not confirming,” she said. “We are a little worried, but only just a little.”

When business was good, tours for Chinese travelers accounted for about 60% of the company’s business, Pope added.

On a positive note, she said more local tour operators are filling in the void with trips to Idaho, Yellowstone and Jackson, Wyoming. She said Canadians and Europeans were booking trips, as well.

Tourism Economics, whose economists track the travel business, has predicted the United States will lose 1.6 million mainland China visitors due to the coronavirus. Those visitors on average spend about $6,000 each, not counting airfare. All told, the hit to the U.S. economy is predicted at $10.3 billion.

“The effect is probably going to depend on how much each individual company relies on that market,” Costello said.

“I imagine the largest impacts will be on businesses that cater more to the Chinese market such as hotels that have placed more resources into advertising to the Asia-Pacific market and tour companies that operate out of the U.S.,” said Jake Jorgenson, an RRC Associates research analyst who co-authored a study of Yellowstone visitation published last year.

Nonresident visitors to Montana in 2019 spent most of their money on gasoline, according to an Institute for Tourism & Recreation Research annual review. The next two largest beneficiaries were restaurants and bars, followed by hotels and motels. Those three categories accounted for just over half of all nonresident spending in the state.

“We’re still quite a way out on when people pull the trigger” on scheduling a vacation, said Jan Stoddard, bureau chief of the Industry Services and Outreach team in the Montana Office of Tourism and Business Development. “Generally it’s spring or early summer” before people make plans to visit Montana.

Xanterra in Yellowstone — which owns hotels, restaurants and shops — is seeing no decline in advance room reservations, said Mike Keller, general manager. Most Chinese travelers stay in communities outside the park, he added. His company is predicting that day traffic will be less in the spring, but that’s not a big concern considering that over the course of the last year the park had more than 4 million visitors, albeit that was down from 4.1 million in 2018.

Yellowstone National Park doesn’t track visitors by nationality, except in 2015 when it was estimated 500,000 Chinese travelers went to the park with 600,000 expected in 2016. During that expansion in Chinese visitation, the park made a point of hiring three Mandarin speaking rangers.

Although Montana may feel only a slight impact from the coronavirus outbreak, the disease is taking a larger toll on the U.S. economy that could last beyond this year. The Dow Jones Industrial Average closed down more than 1,000 points on Monday as concern spread about the virus’ effect on global trade. On Thursday, the widely watched stock market measurement dropped nearly 1,200 points.

Chris Hyslop, executive director of the Montana World Affairs Council in Missoula, said the slow down at sea ports is already hampering the supply chain for goods such as Montana’s crops, which will likely have a much longer economic effect on the state.

International travel restrictions have begun and may spread, he added, noting that coronavirus infections in Italy and Iran have heightened concerns as the disease has spread to 34 countries.

“The impact is coming and likely to continue,” Hyslop said.

An economy trending downward could reverberate into the wider travel business, according to Dax Schieffer, director of Voices of Montana Tourism.

“While coronavirus may present disruptions in travel and student workers for Montana tourism based businesses, the most concerning threat will be any downward trends in national consumer confidence based on a global economic slowdown,” he wrote in an email.

“Montana has many strengths as a desirable vacation spot domestically, but if potential visitors in the U.S. have concerns on the economy, the first thing they’ll pull back on is their family vacation budget,” he said. “This could hurt our main street businesses who rely on the visitor economy.”

Any travel restrictions from foreign countries could pose a different problem for business owners in the Greater Yellowstone Area. To fill some seasonal positions employers hire internationally through the J-1 Visa program.

How long the effects of the coronavirus outbreak may last is uncertain. Certainly its effects are far reaching. While businesses may focus on the economic issues, the World Travel & Tourism Council is worried that any Asians who do visit the United States may face discrimination, “stigmatising one of the world’s biggest tourist groups” which could cause long-term harm.

“Given that the U.S. administration has put a ban on foreign visitors who have been in mainland China over the past 14 days, the number of Chinese travellers to the United States will realistically decrease while these policies are maintained,” wrote Tiffany Misrahi, vice-president of policy for WTTC, in an email. “It is critical that during such challenging times the world comes together to promote a message of peace and tolerance, rather than discrimination and stigma. What’s more, evidence indicates that travel restrictions directed at individual countries are unlikely to keep the virus out of a nation’s borders while exacerbating the outbreak’s social and economic tolls.”

A Yellowstone spokesperson said that visitors from China would be "treated like any other visitors to the park."

Videos: Everything you need to know to visit Yellowstone

When Chinese visit Yellowstone, the rangers are speaking their language

CODY — Kenneth Zheng and his vacationing family dropped into the Cody Firearms Experience to shoot guns and hang out with John Wayne.

One of the last and largest wild bison populations in North America has begun its migration out of Yellowstone National Park into southwestern Montana, where they are being hunted and face government-sponsored slaughter as part of a population reduction program.

Anyone going through withdrawal from opioid abuse faces symptoms within a day of stopping treatment, and complete withdrawal within three days…

A Montana man has pleaded guilty to fatally shooting his female roommate outside his home last year.

Worried about coronavirus? Here are some FAQS to help you prepare

What do I need in my home? Do I need a face mask? Can I get coronavirus from my groceries or packages in the mail? The CDC has answers to all these frequently asked questions.

The coronavirus pandemic is putting a major damper on Montana’s outdoor recreation industry, which, at $7.1 billion and 71,000 jobs, is the second-largest sector of the state’s economy.

County health officials in Park and Gallatin counties have called on Yellowstone National Park’s superintendent to lock the gates.

Yellowstone Park tourists play in the Firehole River. The number of recreational visitors to the park last year was down slightly from 2018. 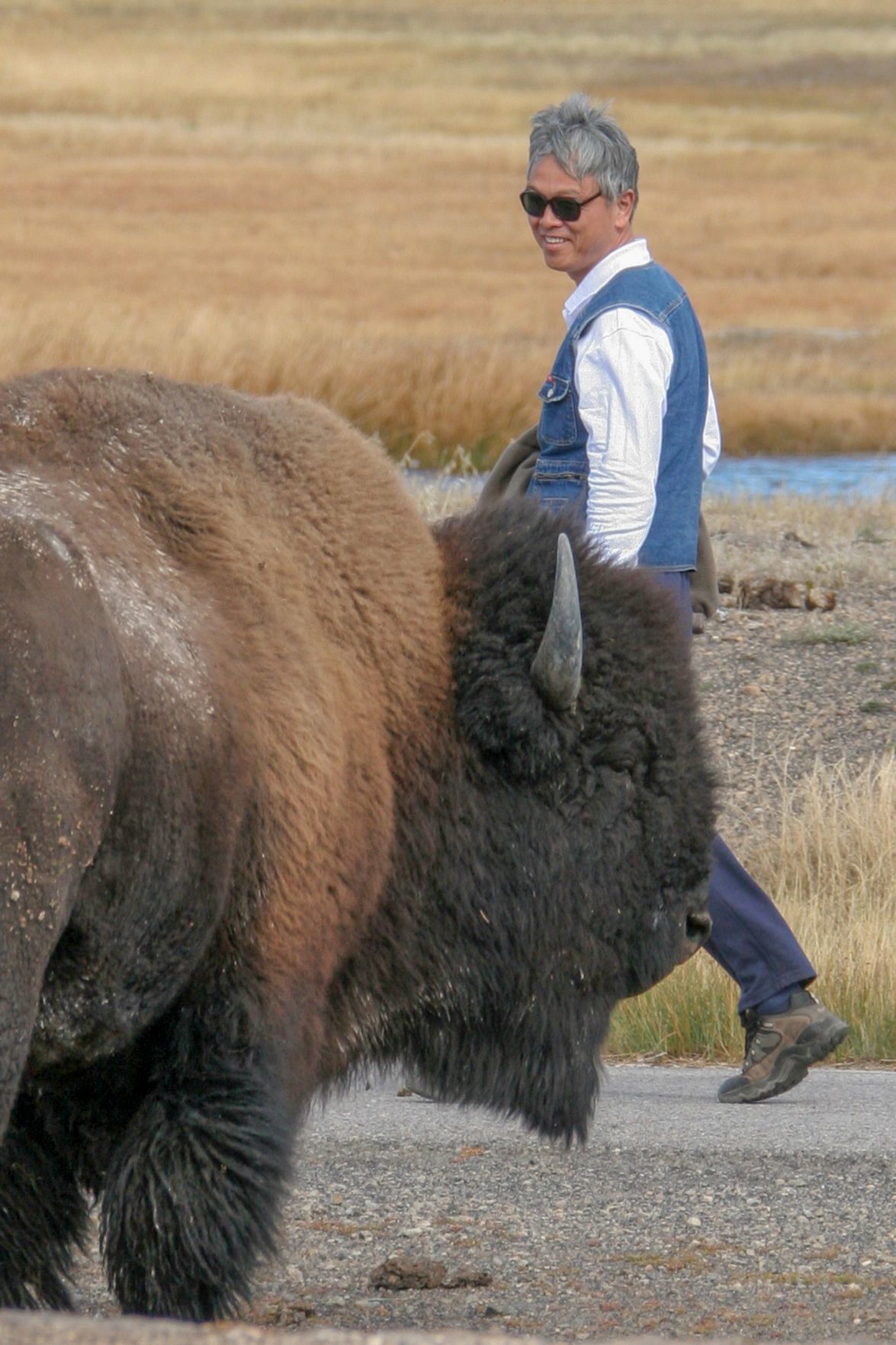 A Yellowstone visitor walks past a bison. 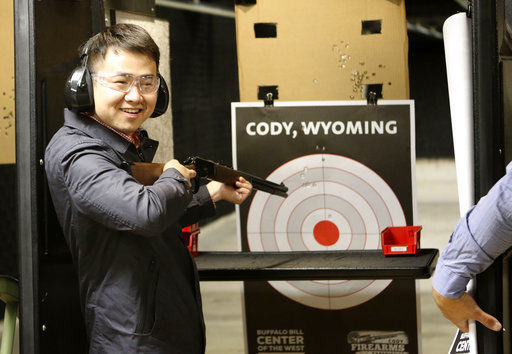 In this June 2017 photo, Ke Bian of China smiles after seeing his target at Cody Firearms Experience in Cody, Wyoming. 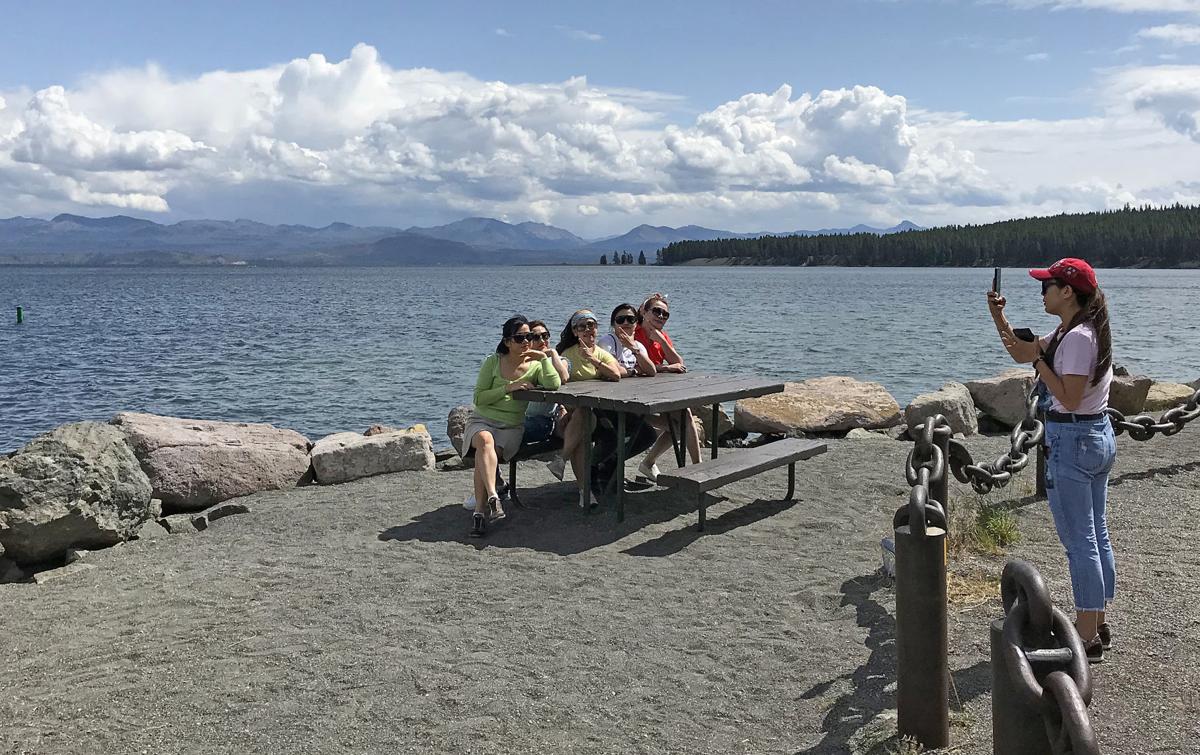 Asian tourists pose for a photo along Yellowstone Lake in August 2019. The number of Chinese tourists to the park is expected to drop this summer due to the coronavirus outbreak.

Some vault toilets in Yellowstone National Park have been modified for Asian tourists who are used to squatting rather than sitting on a seat. 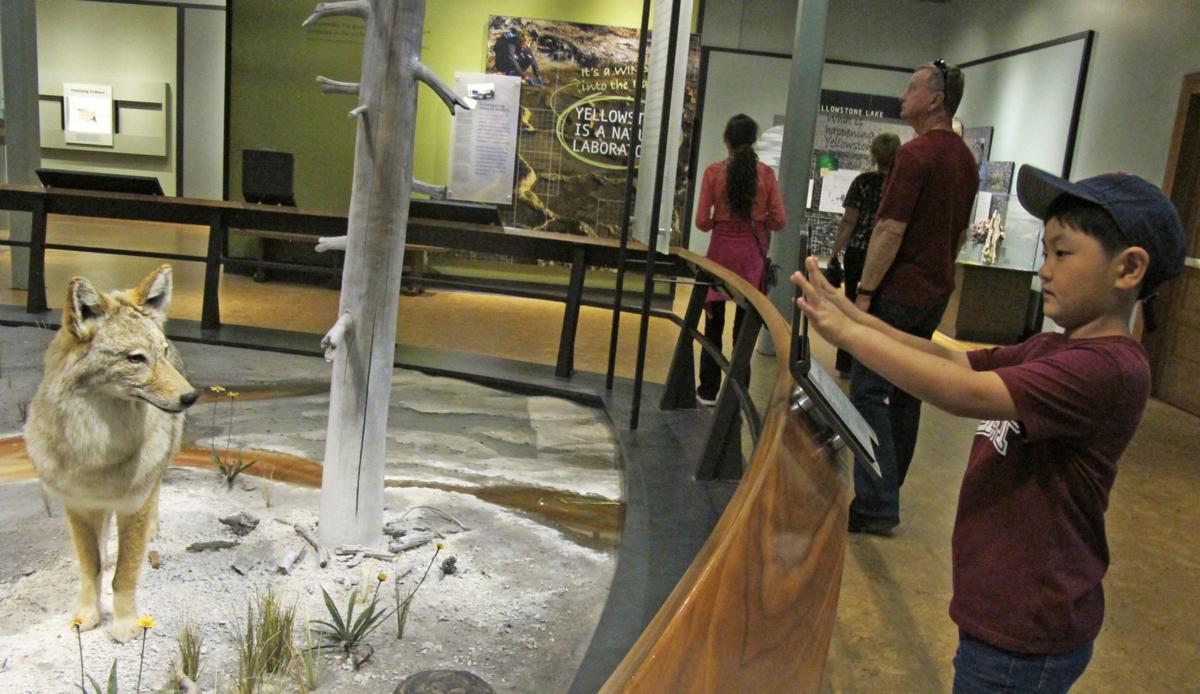 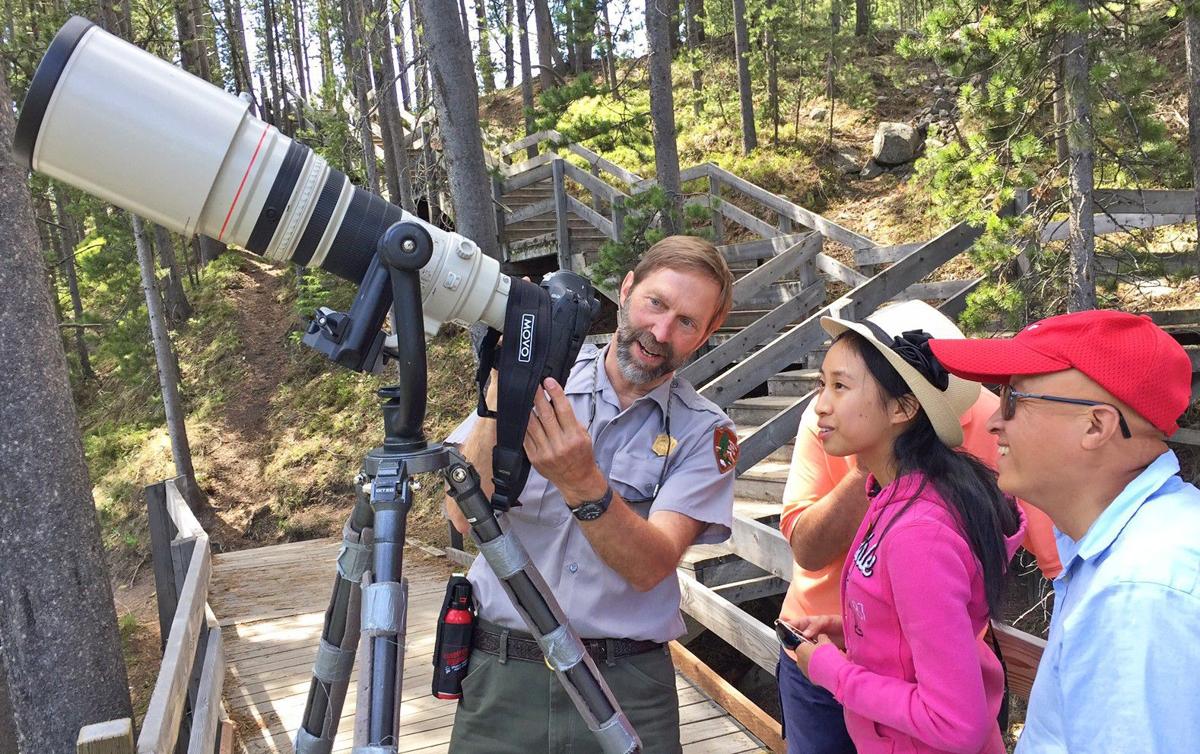