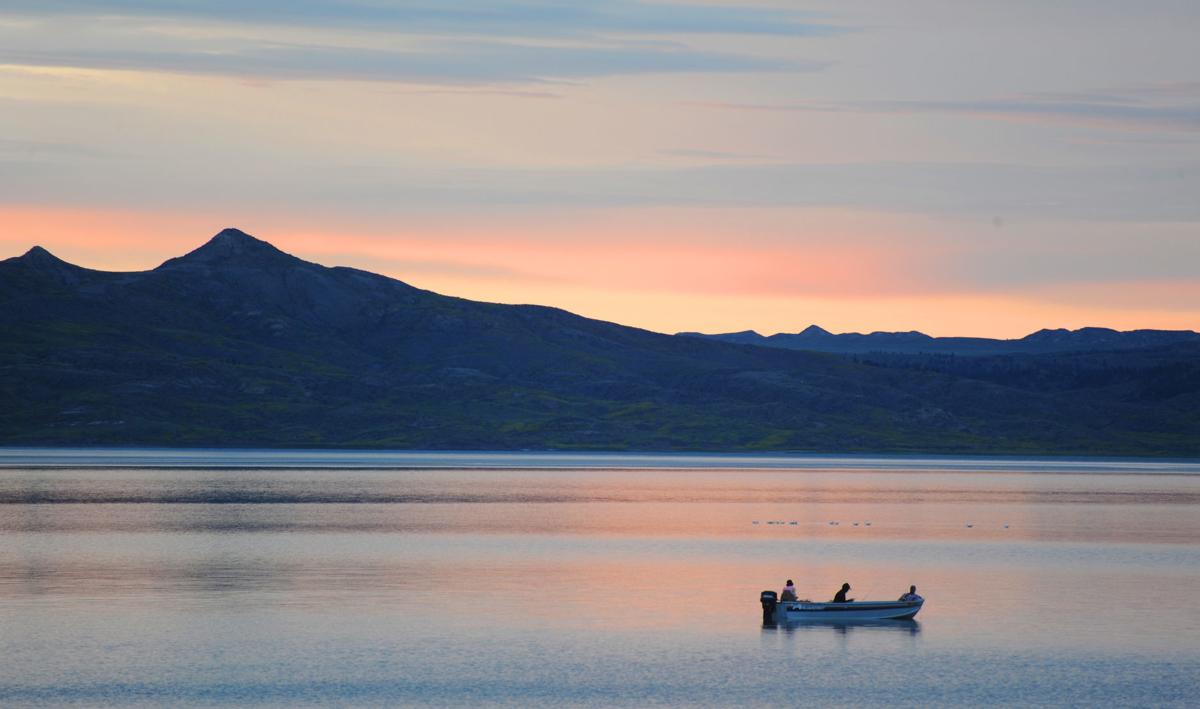 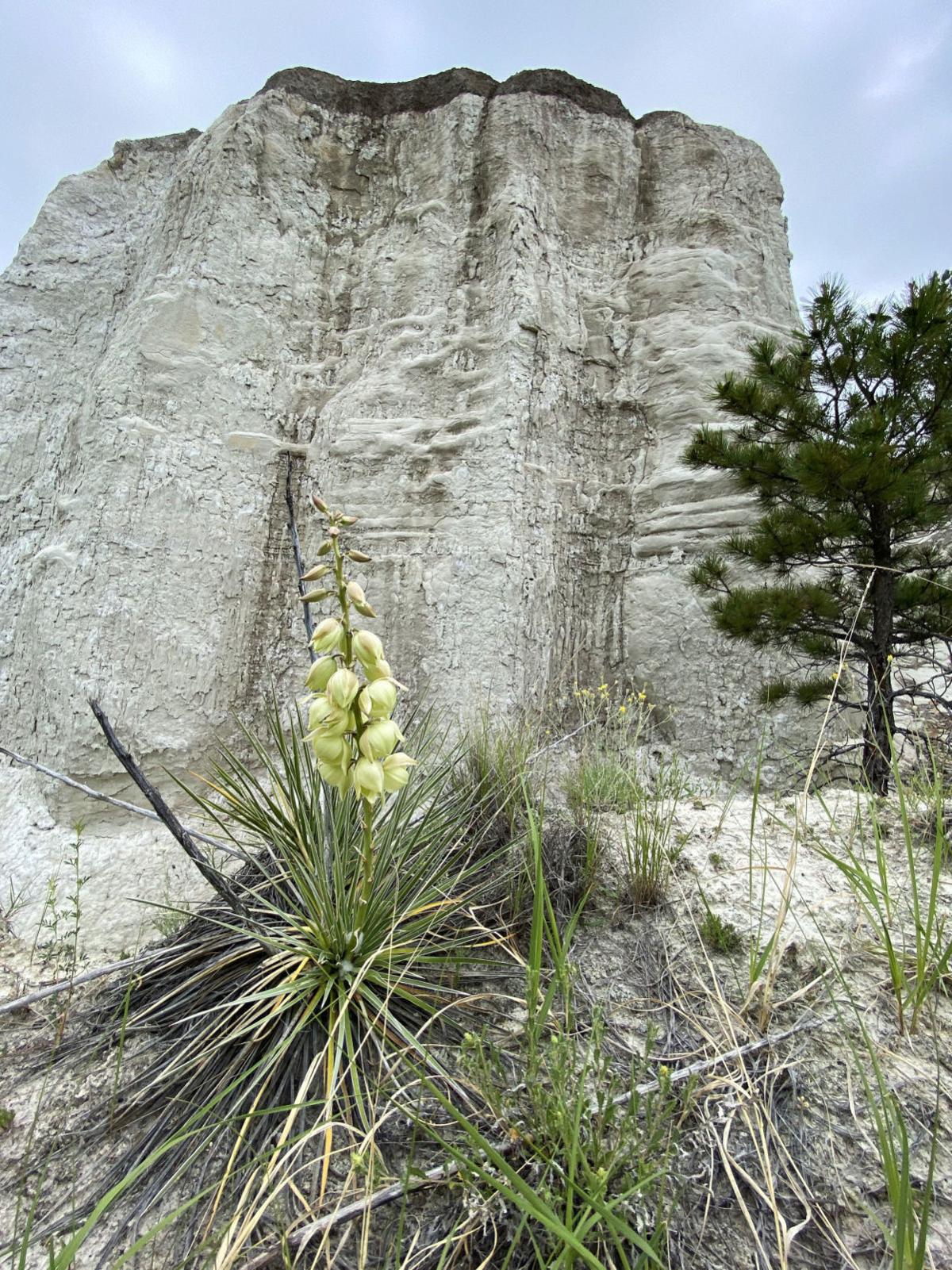 A blooming yucca plant provides a contrast to white cliffs of Virgelle sandstone that are found in the hills around Devil's Creek.

Mapmakers cast a demonic spell over portions of the badlands southwest of Fort Peck Reservoir. The country's rugged landscape must have conjured up hellish imagery. There’s Ghost Coulee, Deadman Coulee and Devil’s Creek, to name a few.

In the 1940s, as the bottomlands of the Missouri River were flooded following the completion of Fort Peck Dam, the U.S. Army Corps of Engineers decided to create recreation areas around the new lake's south side and chose Devil’s Creek, along with Hell Creek and Rock Creek, as sites.

Hell Creek and Rock Creek now have marinas and camping that can include electrical hookups. Devil’s Creek, though, remains largely undeveloped except for a few picnic tables, one shelter, fire rings, a boat ramp and outhouse.

The lack of services are due to Devil’s Creek’s remote location. The recreation area sits at the bottom of a steep, curvy, narrow dirt road, the surface of which can turn into a grease-like consistency with a little rain or snowmelt.

Anglers from Idaho found this out in March when they visited Devil’s Creek to ice fish. Half of the 12-minute video posted online by one of the anglers is devoted to their attempts to drive out of the area on a road that turned to goo.

“It was miraculously horrible,” one of the anglers said after reaching drier ground.

Others agree. The road is challenging.

“That hill will continue to be a problem,” said Darin McMurry, operations project manager for the Corps of Engineers at Fort Peck, the agency responsible for maintaining the route.

His crew is working on plans to add culverts and raise the road bed at the bottom of the hill where a wide gully turns into muck with a bit of water. However, nothing can be done about the steepness of the road.

“For the most part, the road going in isn’t all that spectacular,” said Heath Headley, fisheries biologist for Montana Fish, Wildlife & Parks. “That keeps some people away, and I don’t blame them a bit.”

There are 700 miles of road on the Charles M. Russell National Wildlife Refuge surrounding Fort Peck Reservoir, most of which are unimproved two-track routes, noted Paul Santavy, the CMR’s project leader.

Locals remember the road into Devil’s Creek always being there — probably scratched into the clay hillsides by homesteaders.

In 1902, just across the river from Devil’s Creek, the community of Leedy was established by Schuyler Leedy. Ten years earlier he had settled near the mouth of Fourchette Creek where an old woodhawk camp had been located. That’s where wood cutters chopped and sold firewood to steamboats plying the Missouri River. He established a trading post before ranching and founding the post office at Leedy.

Around the time Leedy was established, Nelson Gallinger reportedly settled near Devil’s Creek after building a steamboat and cruising downriver, looking for a spot to homestead. A veterinarian, blacksmith and horse buyer for President Theodore Roosevelt in North Dakota, Gallinger died in 1936, so he didn’t have to see his life’s work flooded.

“Old Town of Leedy Vanishes As Last Building is Moved” reads a 1944 headline from the Great Falls Tribune. “Leedy, where the longhorns once bawled and cowpokes gathered, now lies at the bottom of one of man’s most mammoth efforts — the Fort Peck dam reservoir,” read a story in the Montana Standard.

Times were quickly changing, and by 1947 the Tribune was announcing Fort Peck Reservoir was an “‘Inland Sea’ Changing Northeastern Montana.

“To add to the usefulness and value of this inland sea, army engineers have mapped a recreational plan that will change this region from one seldom visited, even by Montanans, to an area that seems destined to become one of the greatest sportsmen’s meccas in the west.”

That forecast has proven true. Fort Peck Reservoir is now recognized as a top walleye, pike and smallmouth bass fishery in the state. Devil’s Creek, although less visited than more easily accessible spots on the reservoir, is a “popular, popular ice fishing area for locals and out-of-staters,” McMurry said.

The Devil’s Creek portion of the 189-mile-long Fort Peck Reservoir is a transition zone from shallower turbid water to a clearer and deeper lake, and from a more river-like fishery to a reservoir, according to Headley, the FWP fisheries biologist. Consequently there is a variety of species in these waters, including freshwater drum, catfish, “a ton of goldeye,” shorthead redhorse, yellow perch, emerald shiners, black and white crappie, paddlefish and sauger. This is in addition to northern pike, walleye and smallmouth bass, the trifecta of Fort Peck’s most popular gamefish.

“That’s the cool thing about that upper end of the reservoir,” Headley said. “When you’re sampling you never know what you’re going to bring in.”

FWP no longer stocks walleye in that portion of the reservoir because the agency is seeing good natural reproduction.

“We don’t want to be stocking fish on top of fish,” Headley said.

The area is home to the state record freshwater drum, a 21.59-pounder pulled from nearby Ghost Coulee in 2003 by Matt Washut.

“Our kids grew up fishing” at Devil’s Creek, said Brusett (pronounced Bruce-ett) resident Katy Pierson. “My husband really likes walleye. I like pike because I enjoy pulling out the big fish.”

While Devil’s Creek Recreation Area lacks amenities, nearby residents are aspiring to fill the gap. Pierson and her husband Ike have built a cabin along the road that has been available for rent since last fall. Only 16-feet square, the Devil’s Creek Adventures cabin features two bedrooms, a kitchen and dining area about 13 miles from Devil’s Creek. Ike Pierson’s trophy walleye is mounted on the wall to tease anglers into fishing.

Guests are a long way from civilization — it’s 200 miles from Billings, 50 of which is dirt road — so there’s no running water. Electricity can be supplied by a generator. Propane runs the stove and there's a motion detecting light on the outhouse. Five gallons of water is supplied.

Loads of public land surrounds the reservoir and cabin site. There are also nearby private lands enrolled in the state’s Block Management Program that provide hunter access to private lands.

“Traffic has picked up a little,” Pierson said. “It used to just be the locals.”

Those locals include neighbors Lisa Phipps and her son, Luke. Lisa started the Caramel Bar Bakery in her home last summer and Luke sells firewood and minnows to visitors.

“I love to bake and wanted to do something on my own from home,” Lisa said.

The business is named after her mother’s famous caramel treats. What’s more, she offers to bake to order. Customers can pick up a freshly cooked strawberry-rhubarb pie, or she will deliver to Phipps’ rental cabin.

“I’ll bake whatever people want,” she said, just call ahead.

Such comforts seem out of place in this remote region of Montana that has been labeled with hellish names. The area may have been hostile to homesteaders during the drought years of the 1930s, but right now the hills are lush with wildflowers and thick with green grass.

The steep hillsides, although miserable to motorized travelers when wet, are weathered into shapes more common to a fairyland than hell. Bright white outcrops of Virgelle sandstone are the most startling features. The White Cliffs section of the Upper Missouri River Breaks National Monument — about 150 miles upstream — is so-named because of the same outcrops.

Explorer Meriwether Lewis, in May of 1805, camped near the cliffs and said they had “a most romantic appearance.” The sandstone is from the deposits of an ancient inland sea that covered Montana about 70 million years ago. The sand, geologists say, likely accumulated along beaches before being compressed into the cathedral-like cliffs visitors now see.

It’s a landscape of contrasts: enticing although challenging to explore, harsh yet beautiful, captivating but unforgiving when the rain falls and you want to drive out that long dirt road.

Fishing report: Action is heating up on Firehole River

Fort Peck has consistently produced good numbers and fat walleye, pike and bass. Look to Big Dry Arm for a sporting chance at catching bass an…

Montana Fish, Wildlife & Parks is proposing to use the chemical rotenone to remove invasive goldfish from an unnamed private pond on upper…

Dry fly action has picked up on the Mighty Mo despite the spike in flows. Head there while the action lasts.

Be courteous and quick at boat ramps

If you were recreating on a river or lake over the Fourth of July weekend you may have encountered a lot of other folks.

Hotel Do’s & Don'ts! Here Are a Few Ways You Can Make Your Hotel Stay Better!

Hotel Do’s & Don'ts! Here Are a Few Ways You Can Make Your Hotel Stay Better! 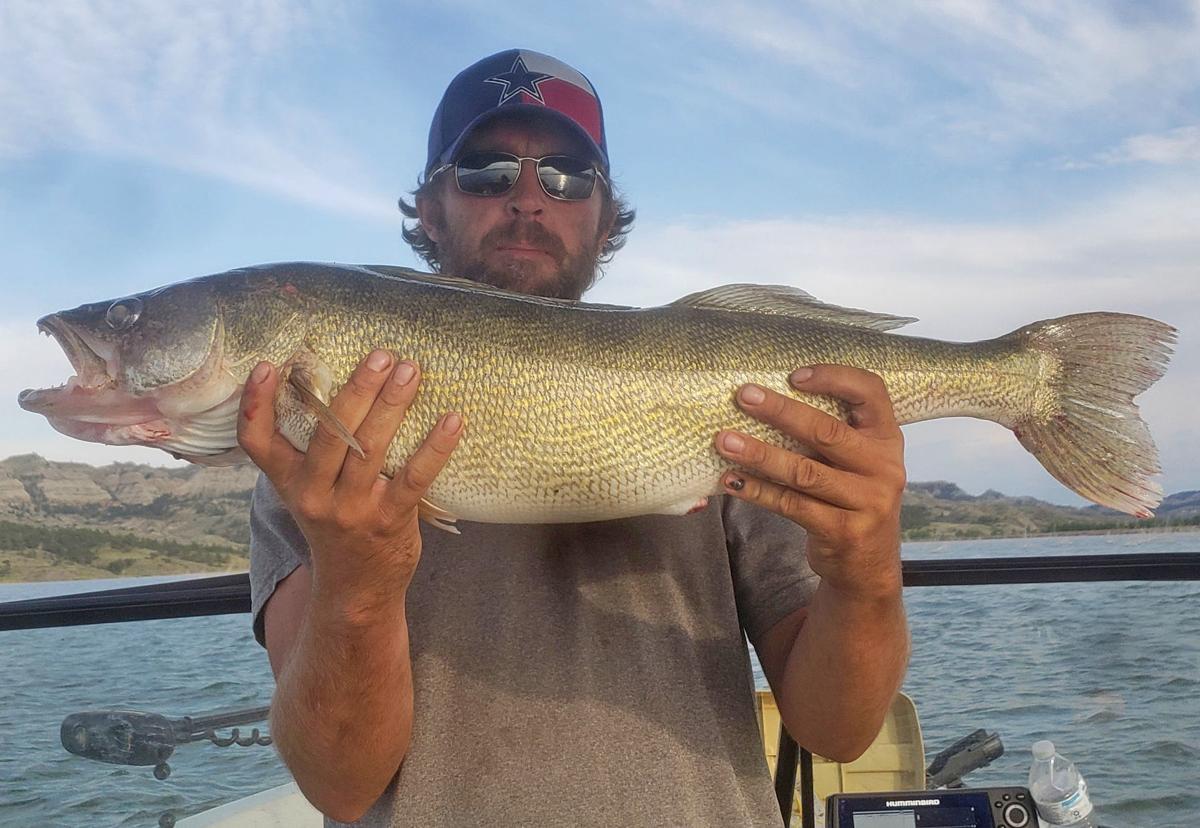 A blooming yucca plant provides a contrast to white cliffs of Virgelle sandstone that are found in the hills around Devil's Creek. 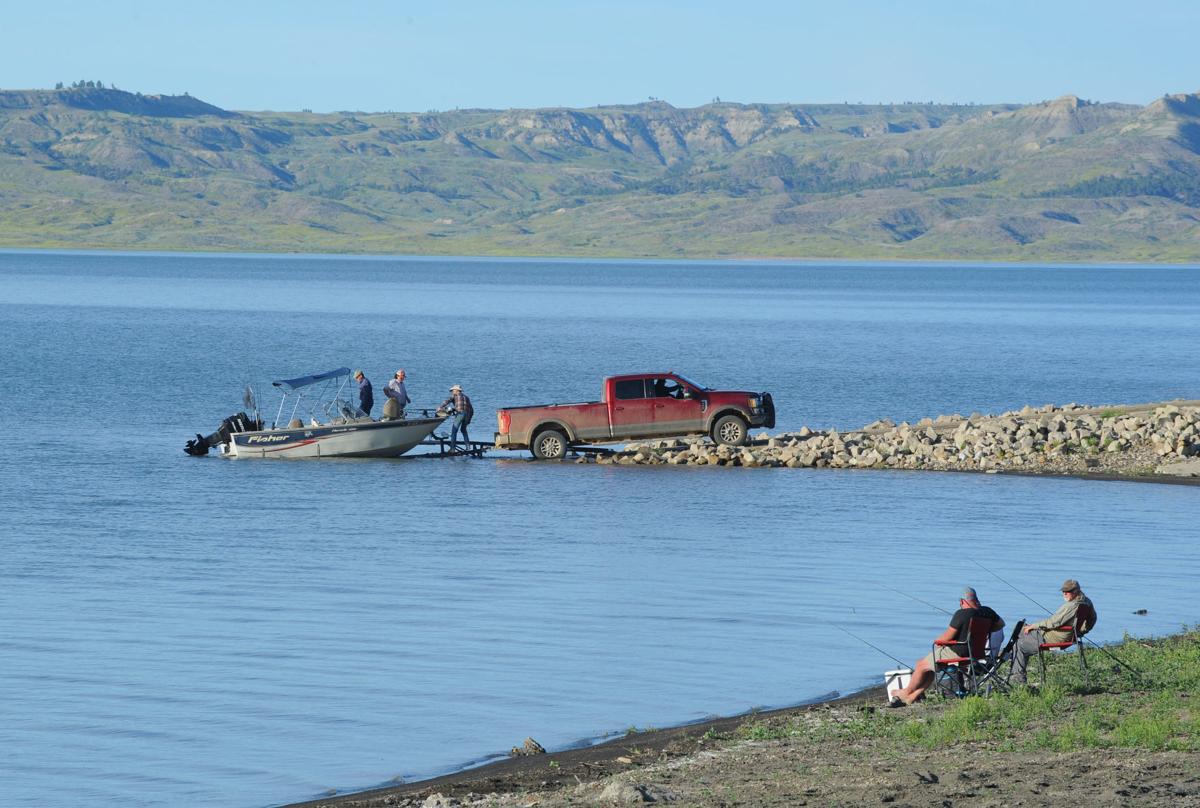 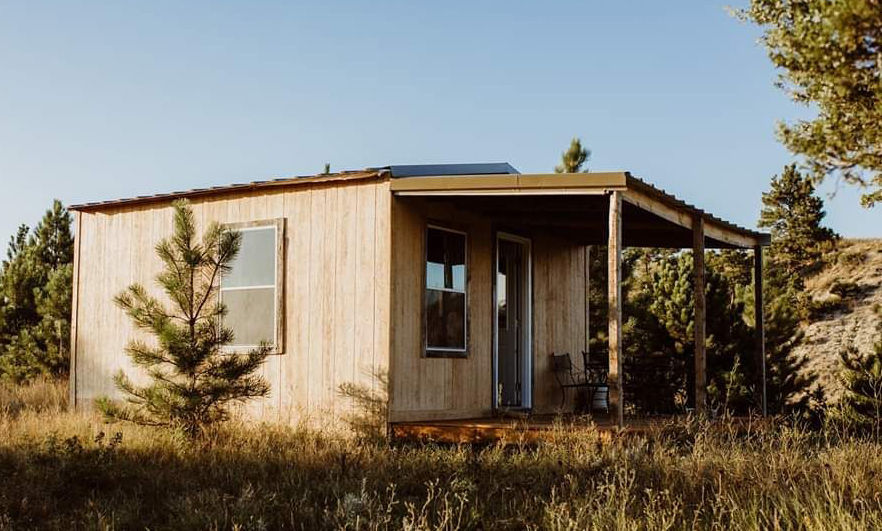 It's a steep road down to Ghost Coulee where the state record freshwater drum was caught.