The ancestors of Yellowstone National Park’s bison migrated to North America much later than previously believed, according to newly published research.

“The common ancestor for all of these bison is not very old,” said professor Beth Shapiro, of the UC Santa Cruz Genomics Institute. “There are some really old dates from fossil assemblages in southern North America. We pointed out that some of these old dates are pretty bad.”

Research by Shapiro and University of Alberta professor Duane Froese, published in the “Proceedings of the National Academy of Sciences,” pulls that date much closer: between 130,000 and 195,000 years ago for the first migration, 45,000 to 21,000 years ago for a second wave of Asian bison.

“There’s really no record of bison in North America from more than 150,000 years ago,” Froese said.

The scientists used new techniques for ancient DNA extraction and sequenced the mitochondrial genomes of more than 40 bison, including the two oldest bison fossils ever recovered — one from the Yukon, and one from Snowmass, Colorado. Mitochondria are passed from the mother to offspring.

Comparing these genomes to additional Siberian and North American bison clarified the earliest parts of the bison family tree. From that information the scientists constructed a bison genealogy establishing that a common maternal ancestor — the mother of all North American bison — arrived during the Illinoian ice age, corresponding with a lower sea level.

"Until recently, the fossil records from different parts of North America disagreed with each other, with a few fossil localities suggesting that bison arrived millions of years ago, but most old fossil sites showing no evidence of bison at all," Shapiro said.

From about 191,000 to 130,000 years ago, ice covered much of the northern hemisphere. As the ice sheet grew the sea level dropped by 300 feet or more, opening a 600-mile wide land route between Asia and North America known as the Bering Land Bridge. The same route would later be used by humans, possibly about 25,000 years ago, and was a place where those early ancestors were isolated for 10,000 to 15,000 years before glaciers receded and allowed them to venture farther south into North America, migrating down the West Coast, according to the most recent theory.

The second wave of bison migration is “pretty coincidental with when humans came across, which isn’t surprising knowing that those people were bison hunters,” Shapiro said.

The first bison to enter North America from Asia were the now-extinct steppe bison, Bison priscus. This animal was about 6 feet tall at the shoulder and weighed around 2,000 pounds. Its horns were spread about 3 feet apart.

No Bison priscus fossils have been found south of the Yukon. What have been found in the United States are descendants of B. priscus. The first was Bison latifrons, an extinct long-horned bison that was much bigger: 8 feet tall at the shoulder and weighed about 2,250 pounds with horns that stretched 4 to 7 feet.

“They were 25 to 30 percent bigger than modern bison,” Froese said. ”They’ve never been found in the North.”

“This was the most intriguing part of this study,” Shaprio said. “I expected them to be so different genetically, but really they were just responding to the enormous amount of resources available to them.”

“Based on the horn and skull morphology, they are all priscus,” Froese said. “They’re not that different genetically.”

Shaprio agreed. “I’m a lumper. I believe they are all pretty much the same thing. At one point there were 50 different named species. Genetically, they’re all the same.”

Which is not what past scientists had believed. Yet Froese said most of the response he’s gotten from fellow scientists about the new dates and genealogy has been positive so far.

“The comments we’ve received from paleontologists are that they are happy to see this get nailed down,” he said.

Although initially the first bison would have been blocked from migrating farther south from Beringia by large ice sheets, when they did make it to what is now the United States they found a land very favorable to their species.

“The close genetic relationship between maternal lineages found in the earliest northern bison and the earliest continental bison argues for a rapid expansion of bison across the continent in a period of approximately 20,000” years, according to the scientists’ published research.

"After they arrived in Alaska, they spread quickly across the continent, taking advantage of the rich grassland resources that were part of the ice age ecosystem," Shapiro said.

The early bison would have been sharing grazing lands with mammoths and early horses, successful species that had lived on the continent for a million years. They all coexisted together for about 100,000 years before the mammoth and horses went extinct, along with many other large animals present following the last ice age. Somehow, when so many other animals died out, the bison survived and even thrived.

“So it’s probably the most successful invasion of a mammal into North America, except for humans, because of the success they had,” Froese said.

He is curious about how that successful establishment of bison on the Great Plains affected the grassland ecosystem that had long been dominated by horses and mammoths. Did the grasslands become more productive? How was the vegetation altered by the many different herbivores?

Estimates of North American bison populations before the mid-1800s have ranged from 30 to 60 million animals. They were a key source of sustenance for many American Indian tribes and their early ancestors, who are estimated to have begun exploring what is now the United States more than 15,000 years ago.

In the early 1800s, market and sport killing of bison by Euro-Americans exterminated the animals east of the Mississippi River and nearly pushed the animals to extinction in the West. In Yellowstone less than two dozen animals managed to survive under protection of the U.S. Army. Those few animals were supplemented by introductions of bison from other remnant populations.

Now the Yellowstone bison herd is a victim of its own success. With a population near 5,500 the park’s two herds have been the subject of a controversial slaughter program to reduce their numbers to 3,000 — an agreed-upon figure by the Park Service and state of Montana meant to limit the animals’ winter migration north of Yellowstone. So far this winter almost 1,000 bison have been killed at processing facilities with the meat going to participating tribes.

Science! Yellowstone park is a great place for research

Watch Now: What Americans are most stressed about

Watch Now: What Americans are most stressed about

Yellowstone National Park on Wednesday started shipping hundreds of wild bison to slaughter for disease control, as a quarantine facility on a…

The most effective way to reduce brucellosis spread is to decrease elk populations, panel says 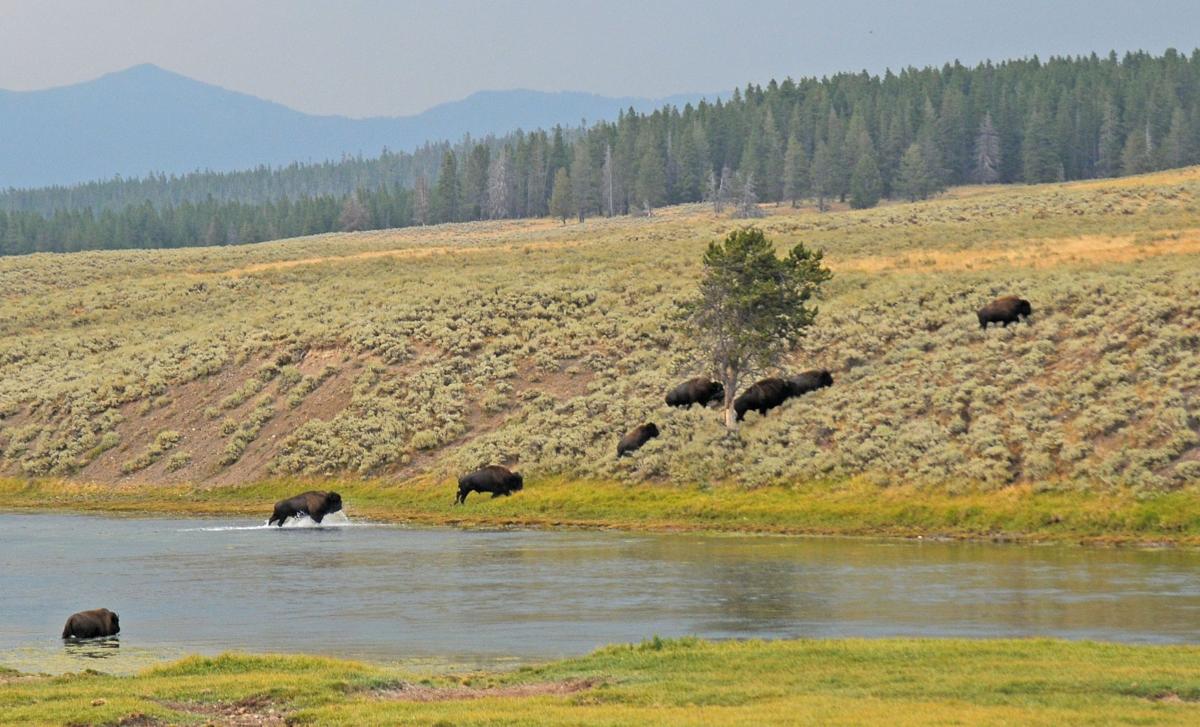 Bison climb a hill after swimming across the Yellowstone River in the Hayden Valley. Yellowstone's bison are descendants of animals that crossed from Asia about 130,000 to 195,000 years ago according to newly published DNA research. 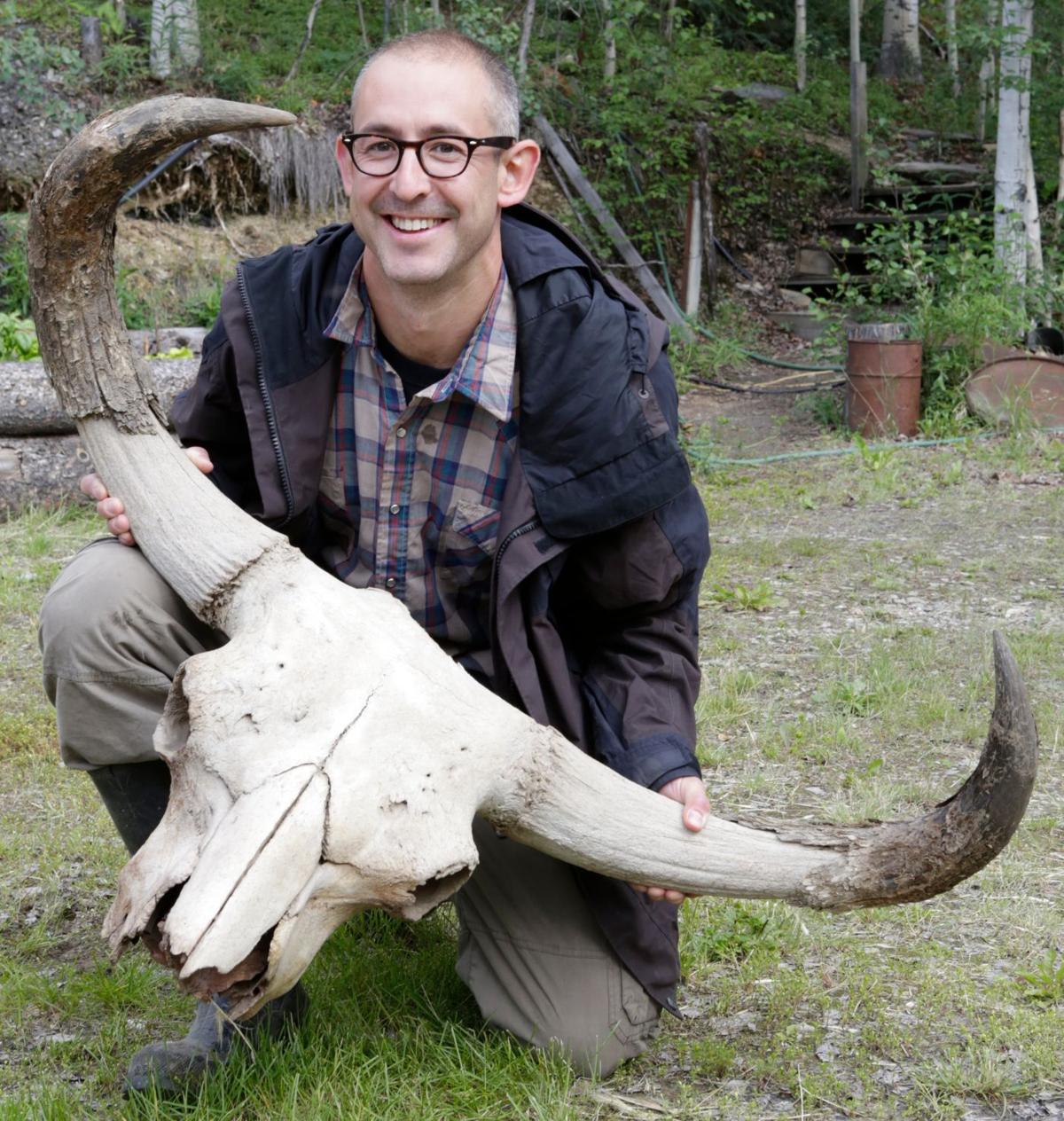 Grant Zazula, of the Yukon Paleontology Program, holds the skull of a Pleistocene steppe bison, Bison priscus, which were much bigger than today's bison. 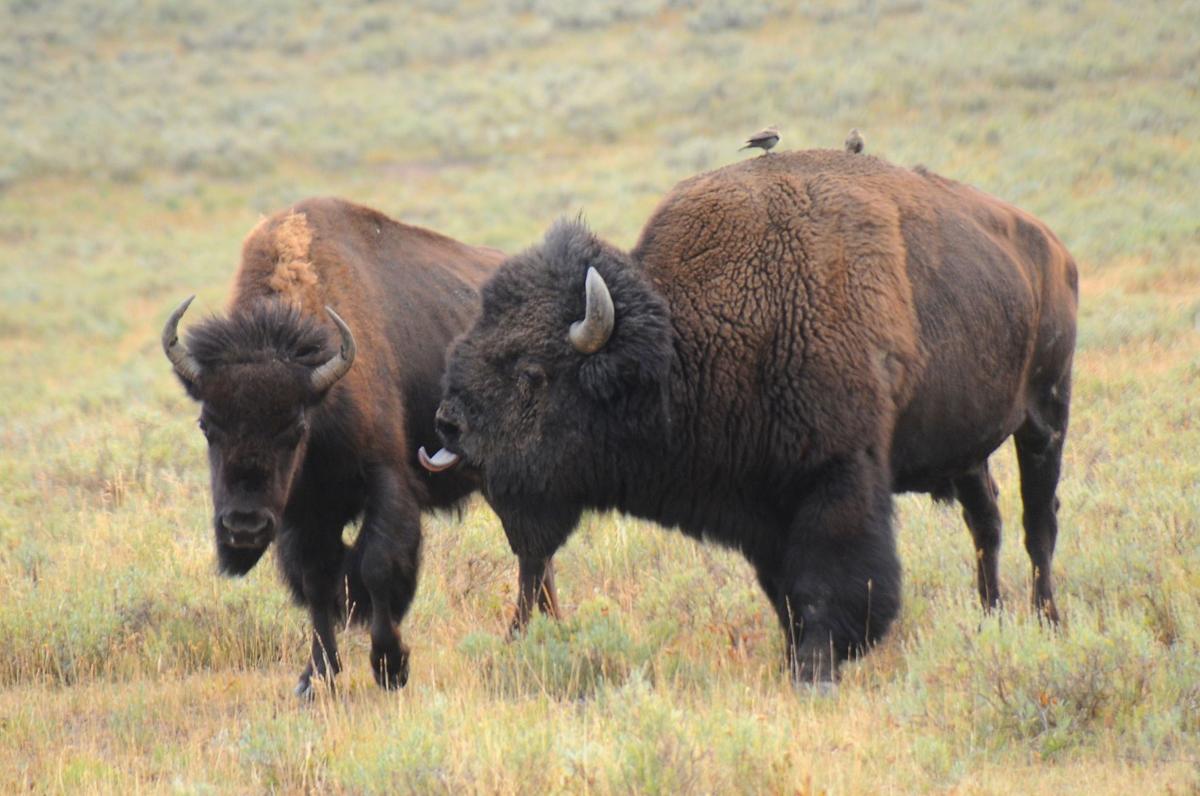 Today's Yellowstone bison are about 25 to 30 percent smaller than one of their ancient relatives, Bison latifrons, which had horns that spread 6 feet. 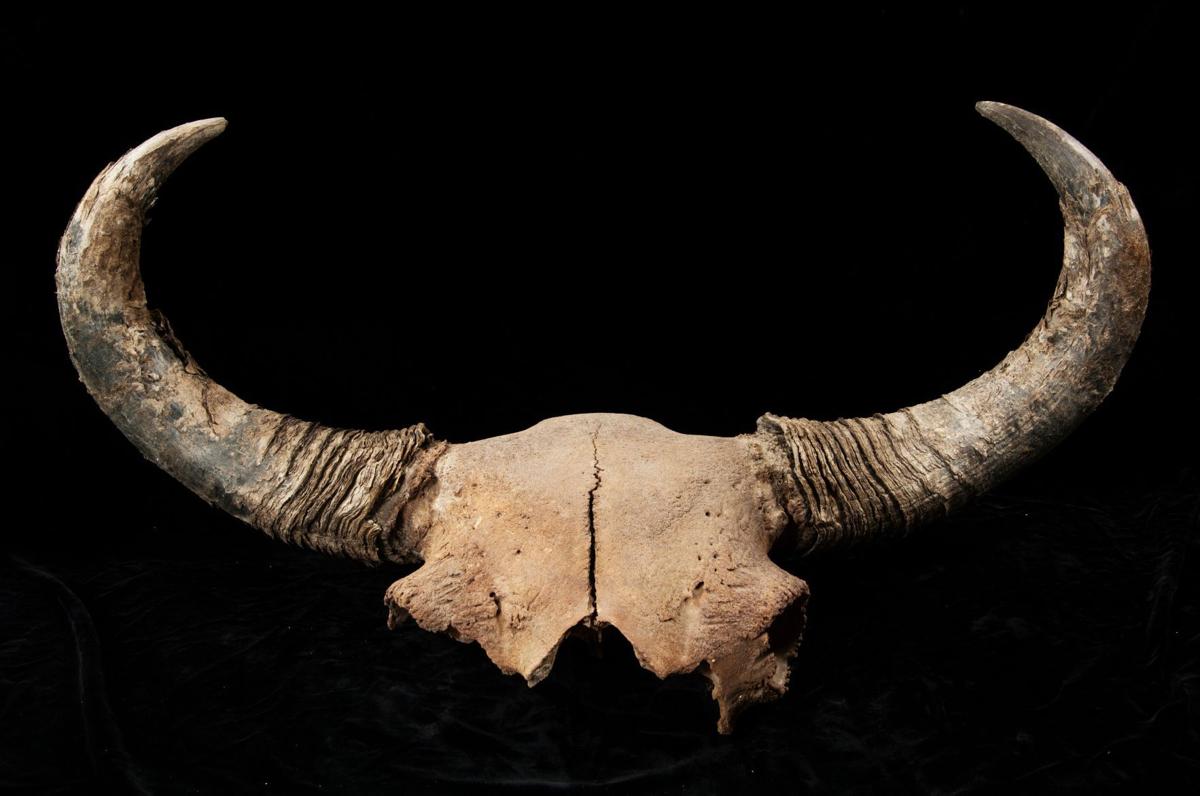 This large fossil steppe bison skull, with both horn cores, was recovered at Quartz Creek in the Yukon.