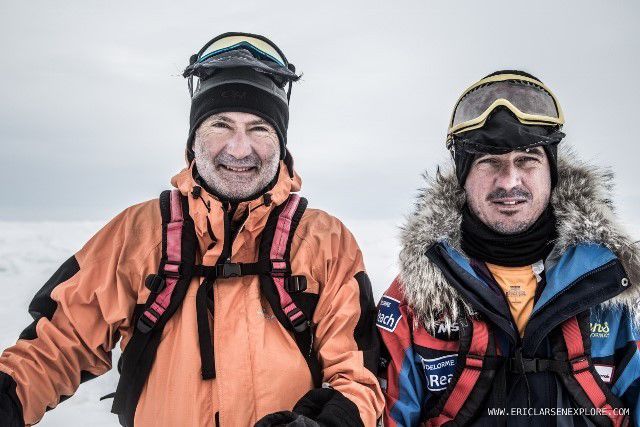 Adventurers Andrew Lock and Neil Ward will attempt to traverse Alaska's Brooks Range in winter as a warm-up for a future Arctic excursion. 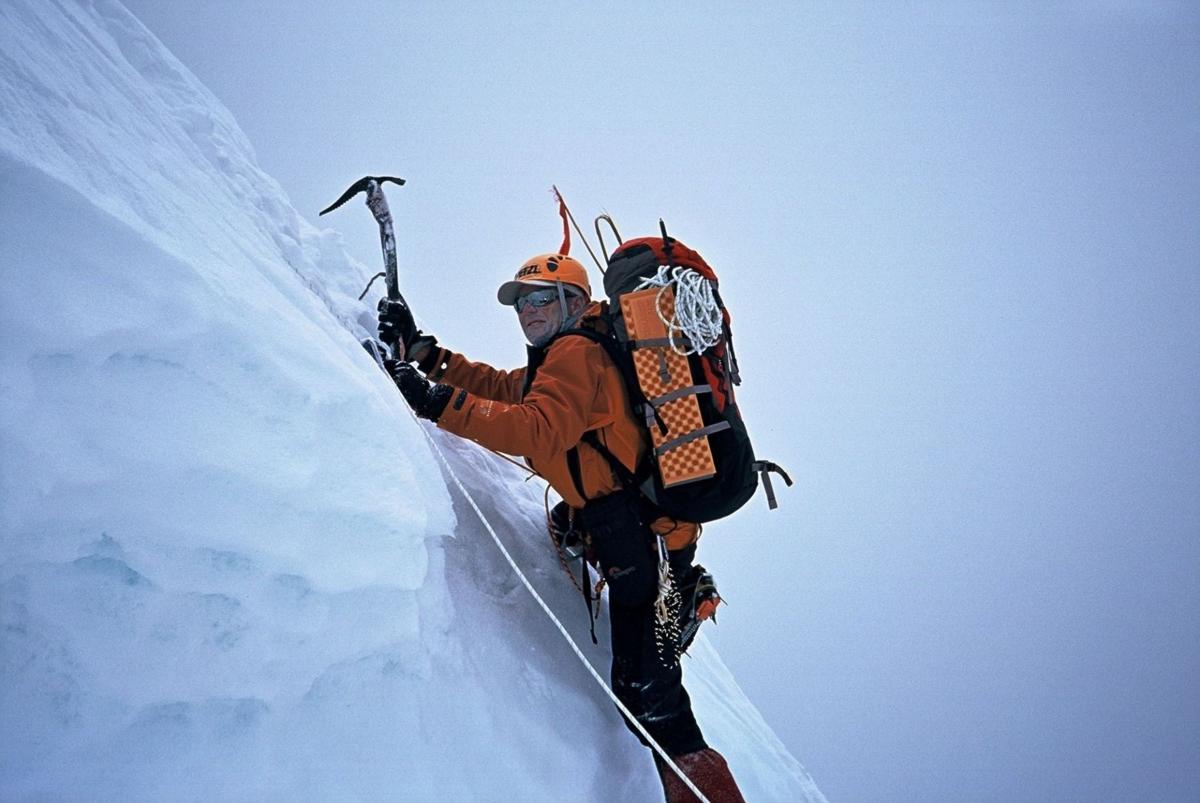 Climbers Andrew Lock and Neil Ward expect their Alaska excursion across the Brooks Range to take about three months.

They’re in Fairbanks, Alaska, preparing for a new adventure with unfamiliar challenges such as overflow, polar bears and cold temperatures that rival even the coldest they’ve experienced in the Himalayas: They hope to traverse Alaska's Brooks Range on skis over the next three months.

Lock and Ward are friends and mountaineering partners. Lock, from Australia, is the 14th person to have climbed all of the world’s 8,000-meter mountains. Ward is Welsh and lives in the French Alps. The two men met at a Himalayan base camp and have gone on three expeditions on mountains higher than 8,000 meters. To put the elevation of these peaks in perspective, Denali measures 6,140 meters.

As far as Lock knows, they will be the first people to traverse the Brooks Range in winter if they’re successful. But the main reason they’re doing the trip is a warm-up for a not-yet-announced Arctic expedition that Lock and Ward have been planning for two years.

“I’d been hearing about this Brooks Range,” Lock explained during an interview in Fairbanks. “I said, ‘Let’s give it a crack.’ It’ll give us good cold-weather experience and seemed like it would be a really good and epic in itself expedition.”

For now, they’re keeping the details of their future Arctic expedition to themselves.

Lock and Ward will face long days of skiing with little natural light this month. They’re bringing 300 lithium AA batteries for their headlamps because at the start of their trip they’ll have only a few hours of twilight each day. To finish their trip on time, they need to average more than 13.5 miles per day. The constant exertion differentiates this trip from the mountaineering expeditions. They will use skis with three-pin bindings and pull sleds with as much as 130 pounds of gear. They’re having a pilot drop them a new cache of gear about once every two weeks.

“Climbing in the Himalayas might be a 2 1/2-month expedition, but there’s a lot of down time. Here we can take days off if the weather is bad, but we have to make up the distance on other days,” Lock said.

Lock and Ward will start the trip by flying to Kotzebue to board a bush plane that will take them to the Bering Sea west of Noatak. Their approximately 930-mile itinerary connects a series of river valleys and mountain passes. The highest point they’ll cross is Peregrine Pass in Gates of the Arctic National Park, which has an elevation of about 5,068 feet.

Their route takes them through only two villages, Noatak near the beginning of the expedition and Anaktuvuk Pass closer to the end. They’re still finalizing plans for where they’ll leave the Brooks Range and cut north to the Beaufort Sea coast. Possible run-ins with polar bears are only likely to be an issue as they approach the Arctic coast.

The cold temperatures they’ll likely encounter could easily exceed those they’ve experienced on the world’s highest mountains. But at lower elevations their bodies will be better equipped to handle it, Lock said.

“On a really cold day in the Himalayas you might get a minus 30 (minus 22 Fahrenheit). But that’s a really cold day. The difference is you’re climbing in an environment where there’s so little oxygen your body’s not producing much heat,” Lock said.

On one of his 8,000-meter climbs, Lock once buried a water bottle deep in his down suit. His body didn’t produce enough waste heat to keep it from freezing even with the protection of the heavy insulation.

Lock said people in Fairbanks have been friendly and helpful as he prepares for the trip. One common word of warning is to watch out for the overflow, liquid water that flows onto the surface of snow or ice because of underground movement of water. This trip will be Ward and Lock’s first time experiencing overflow. This is Ward’s first expedition in Alaska and Lock’s first since Denali expeditions in 1987 and 1991.

The men plan to finish their trip in Kaktovik on Barter Island by March 20. Their deadline can be adjusted back a few days but not too much more. Both men work as mountaineering guides and have to meet clients in the Himalayas in April.

Lock and Ward aren’t the only mountaineers who are seeking out Alaska’s mountains at their coldest this season. Minnesota mountaineer Lonnie Dupre is in Healy preparing for a solo mountaineering trip up Mount Hunter. In 2015, Dupre became the first person to make a solo ascent of Denali in the month of January. His website describes this year’s objective as the steepest and most technical of the three great peaks in Denali National Park. If successful, he would be the first to solo climb the mountain in January.

Is it possible to get too much protein?

Is it possible to get too much protein?

Watch Now: Should you post photos of your kids on social media?

Watch Now: Should you post photos of your kids on social media?

With autumn approaching, anglers should be prepared for the conditions.

Adventurers Andrew Lock and Neil Ward will attempt to traverse Alaska's Brooks Range in winter as a warm-up for a future Arctic excursion.

Climbers Andrew Lock and Neil Ward expect their Alaska excursion across the Brooks Range to take about three months.