A group of former Idaho Fish and Game commissioners is urging the current commission and the state’s Fish and Game Department to step up and be advocates for imperiled salmon and steelhead runs.

Their call comes as a federal decision-making process and several regional discussions over the future of fish recovery and management of the lower Snake River rush toward completion, and the runs continue to falter. Idaho’s fall steelhead season on the Clearwater River was canceled last year, and salmon runs fell below expectations.

In 1998, the commission, led by Keith Carlson of Lewiston, approved a bold policy statement that tagged the Snake and Columbia river dams to be the main factor limiting recovery of Idaho’s wild salmon and steelhead. It also endorsed the “natural river option” to be the best biological option to recover the fish. The statement was limited to biological data only and didn’t weigh in on what salmon recovery option would be best socially or economically.

The statement, which remains on the books as the official commission policy, was issued at a time when the entire Northwest was struggling to determine how best to save threatened and endangered salmon and steelhead in the Snake River Basin and the associated costs and trade-offs. Among the policy prescriptions being considered by federal officials at the time was the possible breaching of Ice Harbor, Lower Monumental, Little Goose and Lower Granite dams.

Then, like now, breaching was a massively controversial topic. And like now, people had grave concerns about the fish 22 years ago. As Carlson noted during an interview with the Lewiston Tribune, commissioners at the time fretted over steelhead numbers recorded in 1997.

In 1998, the commission approved a report, “Idaho’s Anadromous Fish Stocks: Their Status and Recovery Options,” compiled by the department.

Among other things, the report stated in its introduction that the commission and department had the “statutory responsibility and authority” to “determine what is best for Idaho’s salmon and steelhead in order to preserve, protect, perpetuate and manage them for Idahoans. (Idaho Code 36-103(a)). As such they are the primary advocates for fish in Idaho.”

Now, Carlson and fellow former commissioners Fred Trevey, Will Godfrey and Keith Stonebraker, of Lewiston, and Gary Power, of Salmon, want current commission members and the department to do something similar.

They want somebody from the state to speak for the fish, to tell the public what the biological needs of salmon and steelhead are so Idaho residents can be informed before the release of a draft federal plan and environmental impact statement expected to be issued next month. They fear the needs of the fish are being lost in the debate about the economic effects of dam breaching.

“There is talk about everything but the fish. There is a wealth of information, particularly at the Idaho Fish and Game Department, that we feel the public could benefit from seeing, just to give them a perspective of the whole picture,” Trevey said. “Our motivation all along is to make sure the public is well informed.”

Three of them, Trevey, Carlson and Godfrey, wrote a letter to the commission chairman, Jerry Meyers, of Salmon, asking him to direct the department to review and update the 1998 report and present it to the commission so it can be reaffirmed.

In a return letter, Meyers said he shares their concern for the fish, but he declined their request, citing political and procedural changes over the past 22 years. Those include the creation of the Idaho Office of Species Conservation in 2000. The office is part of the executive branch, under the direct supervision of the governor’s office, and is tasked with directing state policy about plants, animals and fish that are under the protection of the Endangered Species Act. The office was created in part to reign in the commission following its 1998 report and policy statement.

Meyers also said in the letter the department and commission are engaged in the salmon recovery process by working with the Office of Species Conservation to coordinate with the federal government as it develops its environmental impact statement on the Snake and Columbia rivers’ hydropower system. The department also is giving technical support to the office as it guides Gov. Brad Little’s Salmon Workgroup and is a participant in the Columbia Basin Partnership, a multi-interest, collaborative group with members from across the Pacific Northwest convened by National Oceanic and Atmospheric Administration Fisheries.

“In consideration of your request, I have reviewed the department’s 1998 report and the commission’s policy statement. My assessment is that the 1998 policy statement was specific to the 1999 decision point. Considering the process and actions currently underway, I believe reaffirming that policy would be counterproductive. .... The commission will continue to coordinate with OSC and the executive office in the development of policies related to anadromous fish recovery,” Meyers wrote.

The former commissioners then asked Meyers to direct the department to develop “an aggressive public information campaign” to ensure Idahoans have the latest information about the biological needs of the fish and can use that information to comment on the coming federal environmental impact statement.

“What we really want is for the department to come out and be the voice, the public voice, for the fish during this EIS process,” Carlson said. “In our view, the Idaho Fish and Game Department is going to be viewed by more people as the authority on fish than any other group you can come up with.”

“What we want the department to do is provide information to the public about what is important to the fish, since they are the experts on the fish. They aren’t the experts on economics or hauling grain or the economics of running a port or anything else,” he said.

They believe the commission has the statutory responsibility to do so under a citizens initiative that created the department and commission.

“At the root of whole thing, in my view, is the 1938 initiative, the citizens’ Initiative No. 1, that designated the Idaho Fish and Game to represent the fish and wildlife and the sportsmen, and we are simply looking for somebody to do that — to represent the fish in this whole process,” Trevey said. “Personally I think they are obligated to, regardless of all these other things going on, because that is what the law says they are there for.”

Fish and Game deputy director Paul Kline reiterated the department is working with the species conservation office as a cooperating agency to the federal agencies authoring the environmental impact statement and providing relevant biological data to them. It also will review and comment on the document to ensure the state’s data and concerns are included.

“We’ve got skin in this, and we have been actively involved in helping develop information, providing information and the development of alternatives and strategies associated with this document, providing the best science we have available in house regarding fish biology and (hydropower) system operations,” Kline said.

“We would be more than happy to sit and talk to people, but we also need to respect our state agency position. It is the reality we work in. We are an executive agency under the executive branch of Idaho, and our chief officer is Gov. (Brad) Little. We have to respect and understand state policy direction. We work as a team with OSC. We are trying to work smart and effectively, and that increases our effectiveness overall.”

Keith Stonebraker said the department now appears to be intent on avoiding controversy, noting it seems to be ignoring the commission’s call for it to engage in a public information campaign detailing the needs of the fish.

“The department doesn’t seem to even be interested in that. They seem to want to duck under the issue,” he said. “I would like to see them take some leadership.”

“I don’t see how we look at the whole salmon issue — Washington, Oregon and Idaho — without at least including that,” he said, citing data that salmon and steelhead runs in Columbia River tributaries that pass fewer dams during their migrations to and from the ocean return at significantly higher rates than Snake River fish.

The department’s 1998 report is available in two parts at https://urldefense.proofpoint.com/v2/url?u=http-3A__bit.ly_2NbqspK&d=DwIF-g&c=UCja3IwhyjPGYeHcG7oIbg&r=TH6l8jRjVjHJ13I5pOJSswp-X-EjZK8JFw4NH2wnqUM&m=cZpLtL2CX8HI45ltafewDmnLuw9AKaLTd0OIqCU6ldI&s=JUUJgG-QWwBO-F02hXpJpLaTGR3EyhVv2G2YroDsGNc&e= and https://urldefense.proofpoint.com/v2/url?u=http-3A__bit.ly_2N9CkJ2&d=DwIF-g&c=UCja3IwhyjPGYeHcG7oIbg&r=TH6l8jRjVjHJ13I5pOJSswp-X-EjZK8JFw4NH2wnqUM&m=cZpLtL2CX8HI45ltafewDmnLuw9AKaLTd0OIqCU6ldI&s=LDAv0w-WYOW5cSAmik_XFXut4--GWmfbtg_mqAnXFnM&e=.

HELLER BAR, Wash. — Anglers have banded together to secure ownership and preserve access to a small but important parcel of land along the low…

A primer on the habits, habitat and health of Northwest chinook, steelhead and sockeye

This is the first in a series of articles looking at Idaho’s salmon and steelhead runs and the perils they face. Consider this first offering … 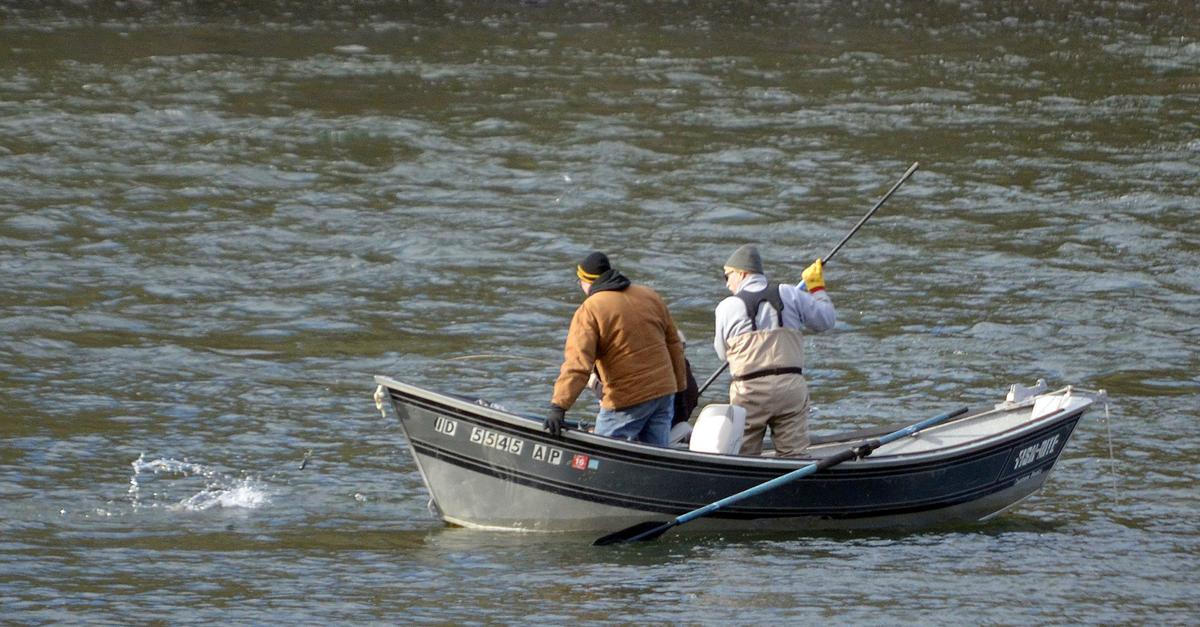 An angler fights a steelhead on the Clearwater River as his guide gets ready to net the fish. Former Idaho Fish and Game commissioners are calling out current members and the department for what they see as lack of advocacy for salmon and steelhead. 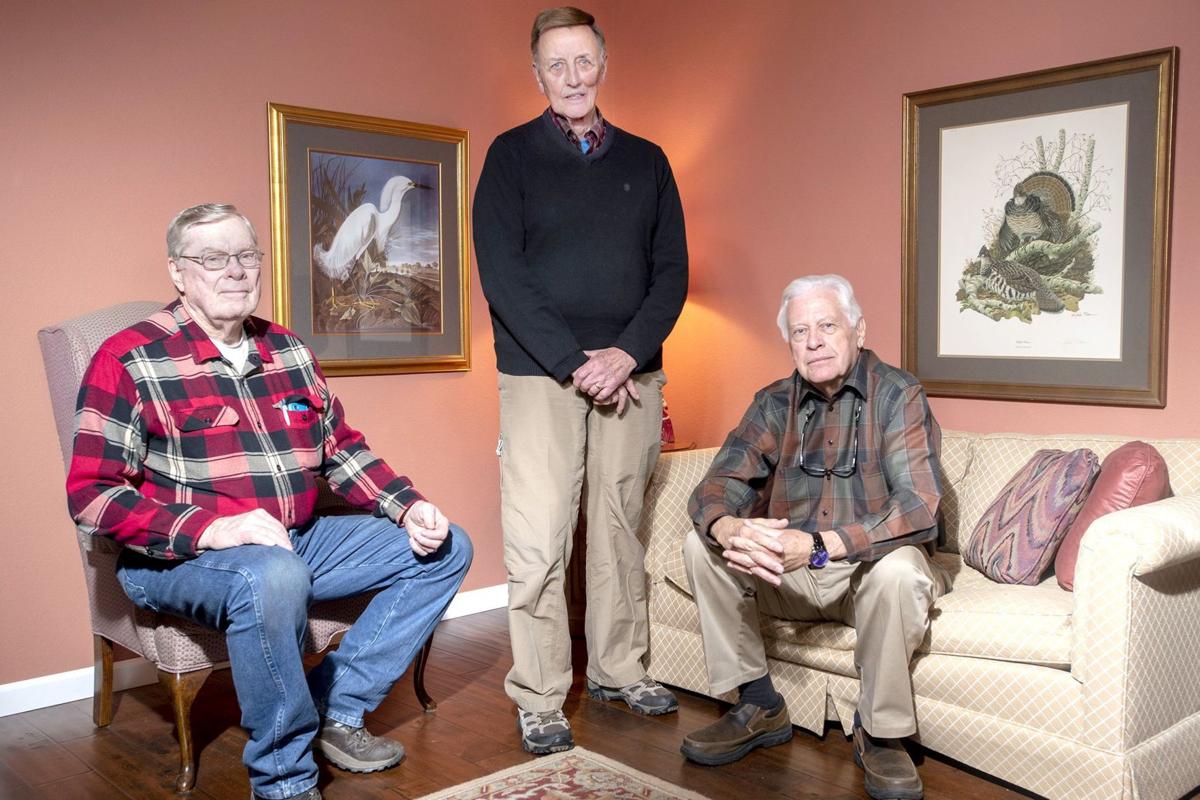