Much of the male’s back and wings were white, intermixed with the usual red wing patches and some splotches of black, along with wing feathers that were black and white.

“It’s tough enough to make it when you’re a blackbird,” Murphy said, without being the abnormal one.

The white coloring in the Nebraska blackbird is a form of leucism, not to be confused with albinism. Albinism is an absence of melanin — a dark pigment. Leucism (pronounced LUKE-ism) is a partial loss of natural coloring.

The easiest way to tell the difference is that leucistic animals have dark eyes and normally colored skin.

Piebald is another term used for animals that mix white and normal coloring, often in splotches. The word piebald also has an interesting history. Pie is derived from pica, the Latin word for the noisy black and white birds called magpies. Bald refers to the white patch.

Murphy was recently talking with his friend, Gardiner-based wildlife filmmaker Bob Landis, about leucism after Landis saw a male bald eagle in Yellowstone National Park with the trait. The male eagle was paired with a female.

“When he first came by I thought he had a frosty chest,” Landis said. “It was kind of snowing.”

But later footage of the bird showed that its feathers were white, not frosted.

“It could be called a white-breasted eagle,” he said.

She first came across it in a cow elk that lived along the West Fork of the Bitterroot River. The elk was seen and photographed over the years by residents, who also saw the elk with leucistic calves.

“She was fairly visible along the West Fork,” Proffitt said.

Then this year during capture operations in the Ruby Mountains, Proffitt saw another leucistic cow running with a herd.

“The one we saw this year wasn’t white, but she stood out,” Proffitt said.

White deer are a common sight on the Seneca Army Depot in New York state. The herd of leucistic whitetail deer — called Seneca white deer — dates back to 1949. By not allowing hunting of the deer, and keeping them fenced off from the surrounding environment, their white coloring has spread to more of the herd.

White bighorn sheep were tracked down by Vernon Bleich in several states, including Wyoming, North Dakota and Idaho. He recorded his findings in a 2017 bulletin written for the Southern California Academy of Sciences.

Kayhan Ostovar, a biology and environmental science professor at Rocky Mountain College in Billings, said he has seen leucism in a couple of sandhill cranes that he originally mistook for whooping cranes, as well as in a chickadee.

Although it is interesting for humans to see animals with unusual coloration, it’s not a great trait for the creature. Being white or partially white makes them easier for predators to see. It also may be harder for an oddly colored animal to find a mate, especially in birds where plumage color can be so important to some species. Also, dark feathers are more hardy than white ones.

Being an unusually colored creature can also make them a target for human hunters. Murphy noted the blue bears of Alaska, called glacier bears, are a prized trophy that can bring guides a bonus paycheck. The black bears have a silvery blue or gray coat.

Likewise, black bears along the coast of British Columbia, known as spirit bears or Kermode bears, have a white coat.

Tracking down or seeing an animal with leucism is no easy task, although one bird study found “that cities hold a larger proportion of leucistic individuals in general.” Is that because there are fewer predators in cities that may kill them, or is pollution in cities more likely to alter genes that cause the trait?

Whatever the answer is, consider it a unique honor to spot such a rare individual in the animal world.

“I spend a lot of time looking at animals, and I’ve only seen three,” Murphy said.

One of the other animals Murphy saw was a white hen pheasant in the Paradise Valley years ago.

As the wildland fire season draws near, federal and state officials are scrambling to modify their tactics in this new era of coronavirus conc…

To help service industry employees out of work due to the COVID-19 pandemic, a group of Bozemanites has created a free online tipping website …

It may look like its fur is frosted or covered with snow, but elk like this cow have leucism. Unlike albinism, a leucistic animal still has dark eyes and regularly colored skin. 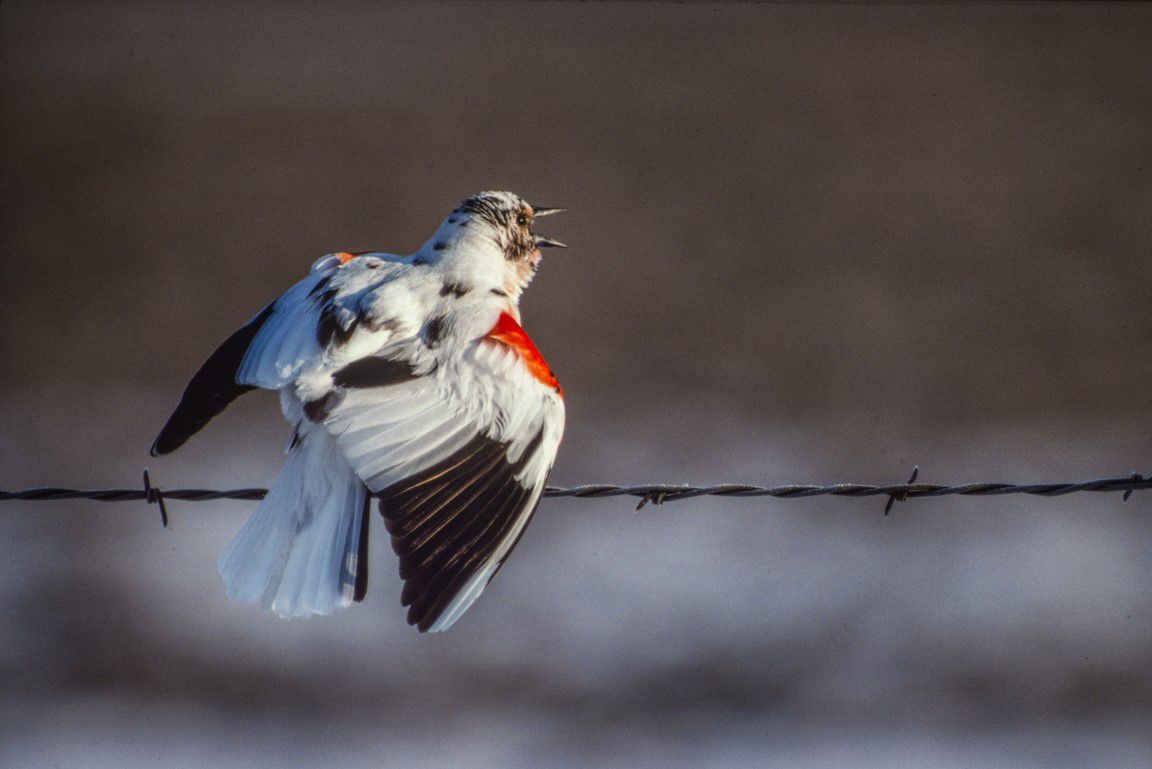 Livingston photographer Tom Murphy saw this red-winged blackbird over three years while in Nebraska. The bird's coloration has been altered by leucism. Even normally colored parents can produce a leucistic offspring. 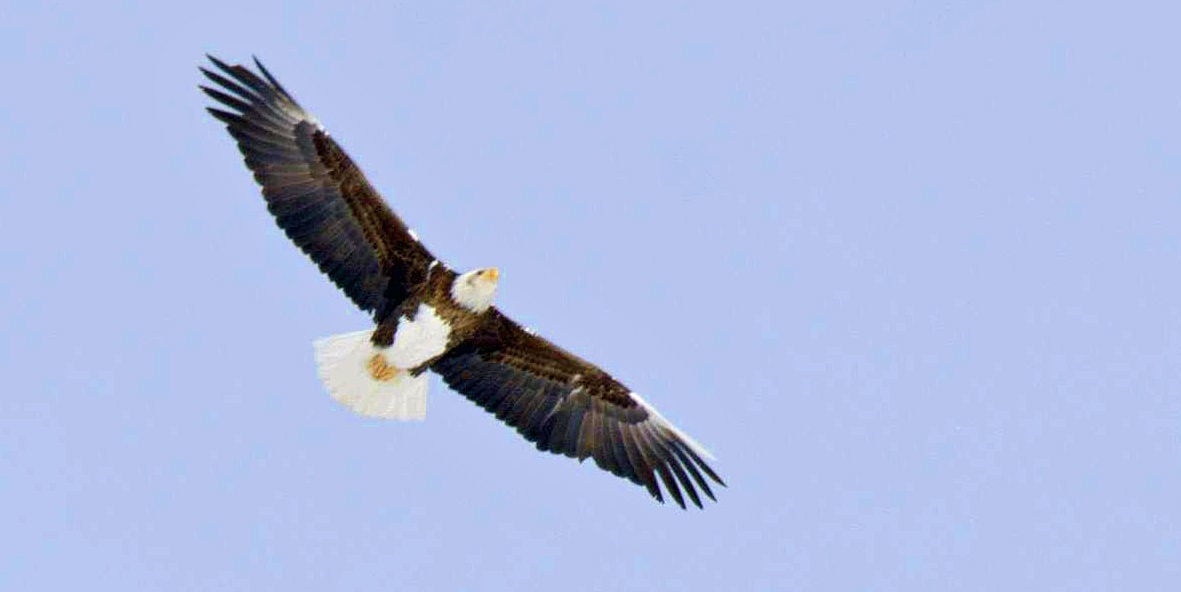 Veteran Gardiner filmmaker Bob Landis spotted this male bald eagle with a white chest while working in Yellowstone National Park before it was closed to the public. 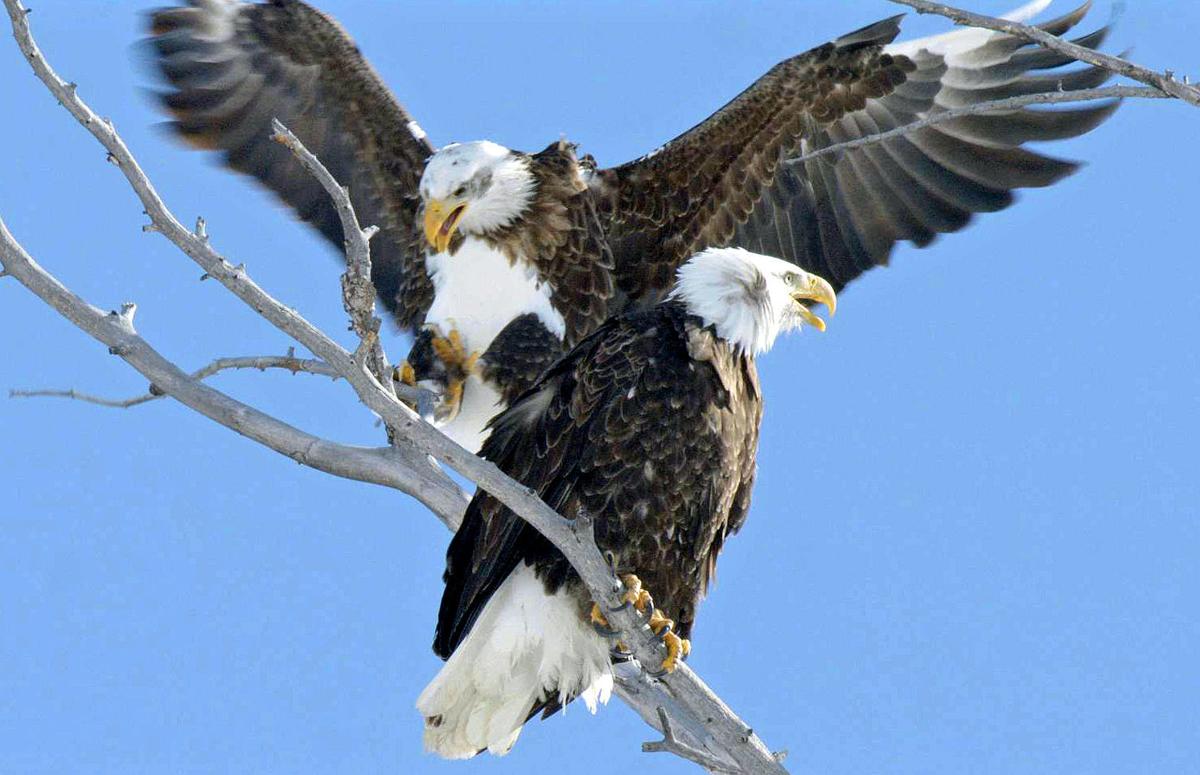 The difference in chest coloration can be seen between the eagle on the left and its female mate, at right. The coloration change is a genetic trait called leucism. 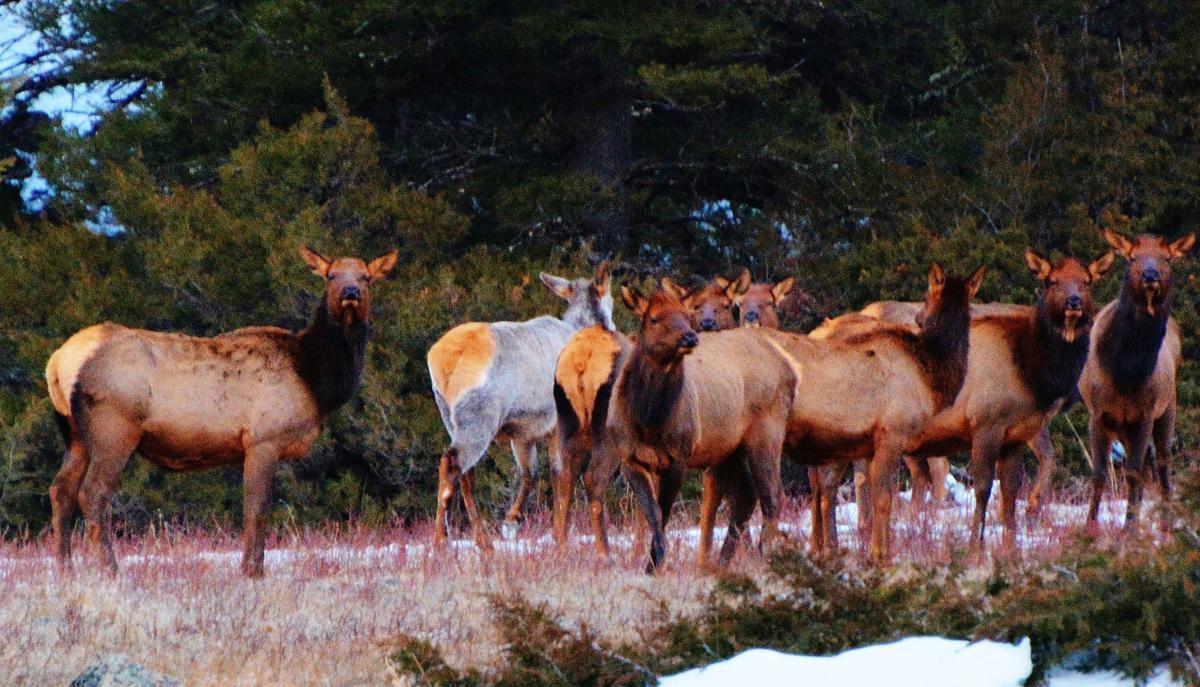 This leucistic cow elk posses much of the same coloration of the rest of the herd, unlike an albino animal which would be all white.