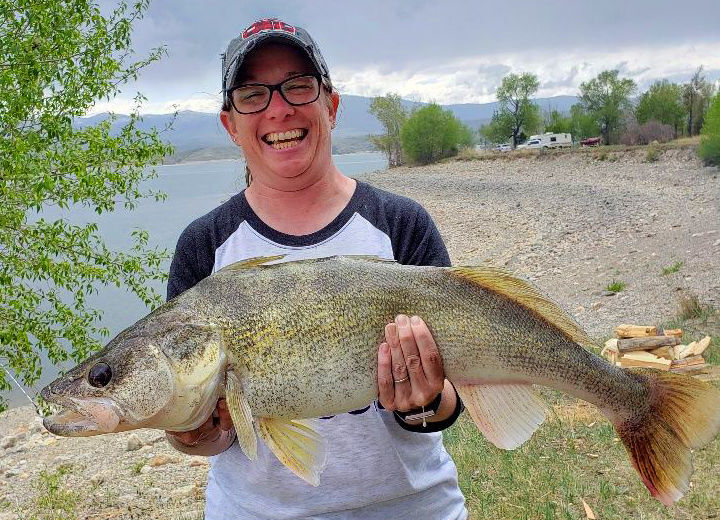 Lindsey Iversen hoists the 32.5-inch, 11-pound walleye she reeled in while fishing at Canyon Ferry Reservoir on May 20. The family gathering was an opportunity to remember her father-in-law, John Miner, who died last year and was an avid fisherman. 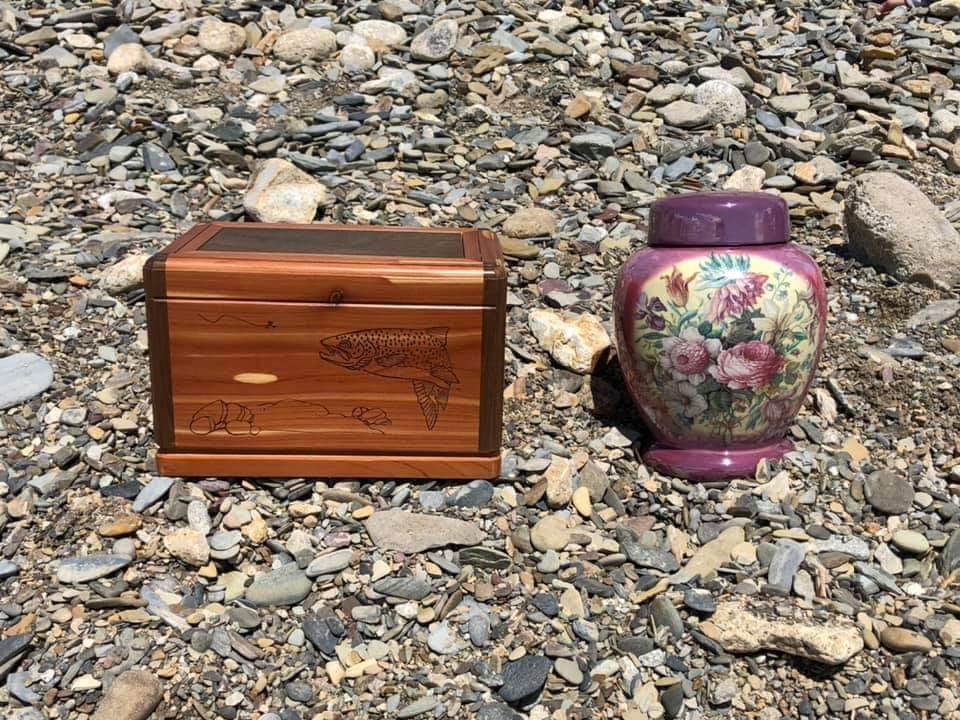 The ashes of John Miner, at left, and his former wife Patty are reunited during a family memorial at Canyon Ferry Reservoir. 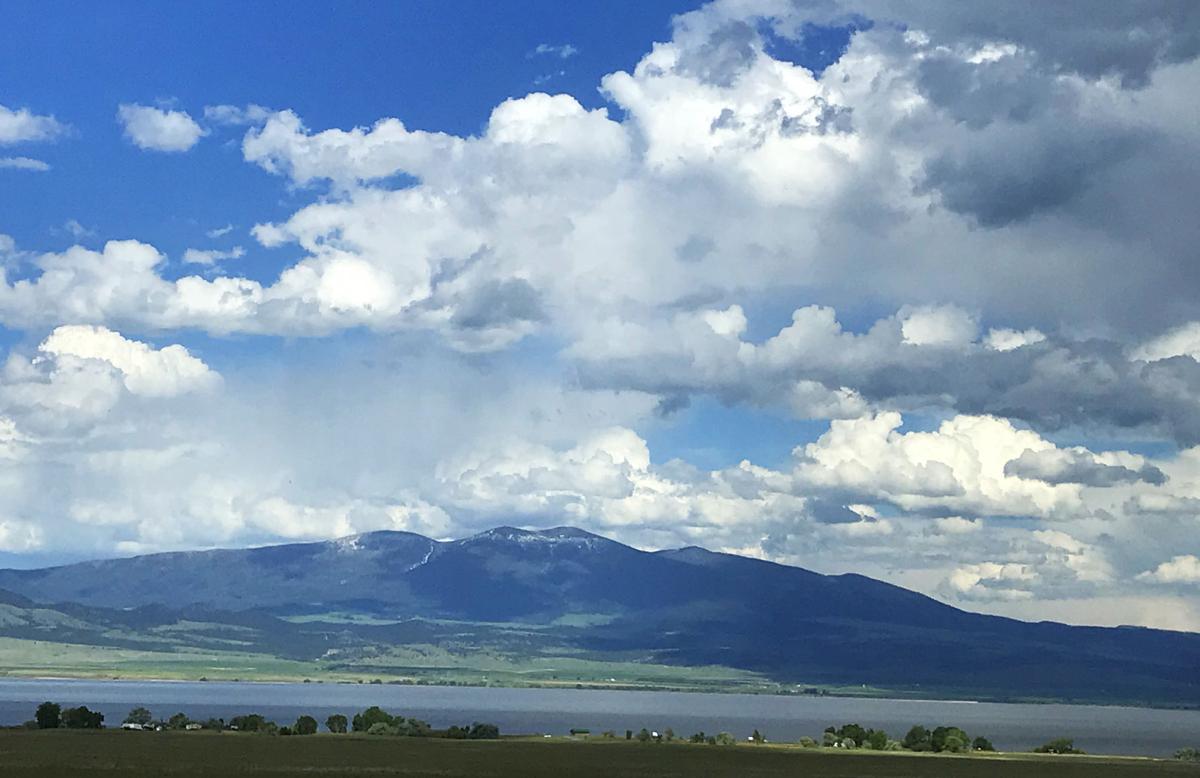 Anglers at Canyon Ferry Reservoir are catching trout from shore in this file photo. 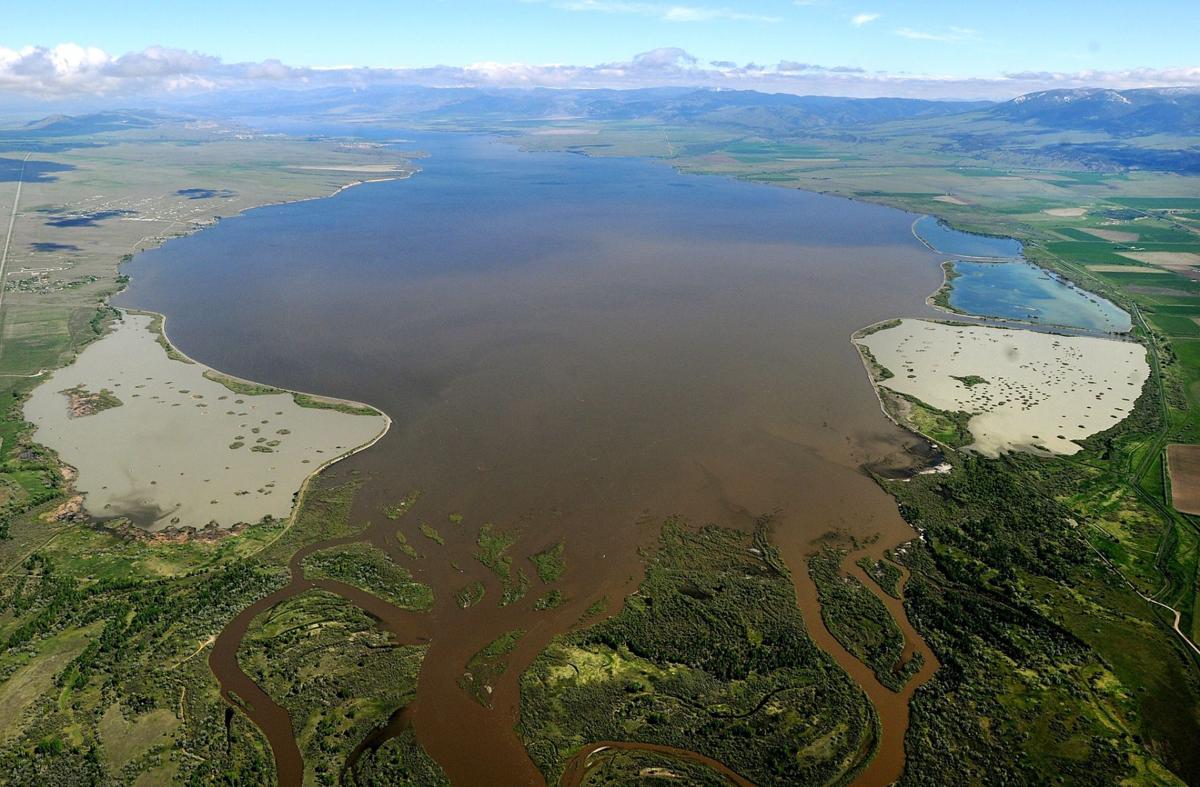 An aerial view shows the Missouri River flowing into Canyon Ferry Reservoir near Townsend in 2017.

Sometimes a big fish means more than a trophy, a great memory or an unusual story. Occasionally, such an event carries an even deeper, spiritual meaning.

That’s the case for Lindsey Iversen, 42, who works as a loan processor at Red Lodge Bank.

On May 20, while fishing off the shore at Canyon Ferry Reservoir, the day was getting warmer, making Lindsey sleepy as she sat in a lawn chair reading a book and tending her fishing rod. Deciding a nap would be nice, she closed the book, folded her chair and went to reel in her bait.

That’s when she saw the tip of her rod bobbing up and down, a motion indicating a fish had picked up her hook that was baited with a marshmallow and night crawler.

“As always, super excited, I picked up my pole and slowly reeled it in and felt him jerk,” Lindsey said in a Facebook message. “So I tugged back and started to reel in faster. I could see him just about to surface, and at first glance I thought it was a carp. Then he rolled and I (saw) it wasn’t.”

She shouted to her son, Riley Fitzgerald, who was fishing nearby to grab the net and hurry to her aid. Riley successfully scooped the fat fish into the net, holding it up so the gathering crowd that included her husband, Willie Miner, and Lindsey’s brother- and sister-in-law, Pat and Michelle Miner, could see.

“I was in complete shock,” Lindsey said. “We both stood there looking at each other saying holy sh**! Sorry about the language, but what else could you say?”

Lindsey had just landed a 32.5-inch, 11-pound walleye from the shoreline just north of Goose Bay. The state record walleye, caught by Bob Hart in 2007 from Tiber Reservoir, measured 35 inches and weighed 17.75 pounds.

Lindsey had come close to matching the state record.

“It was the biggest fish I have ever seen come from there,” Lindsey said.

What makes this fish story more special to Lindsey and her family is the circumstances surrounding the incident. Lindsey and her relatives were at Canyon Ferry Reservoir to celebrate the life of her father-in-law, Belfry resident John Miner, who had died at age 80 in September 2019.

“He fished that same area for many years,” Lindsey said, “and I was able to share a few of those years with him.”

“We’ve been going up there as long as I can remember,” said Willie, John’s son. “It was kind of a tough one because it’s the first year we went up without him.”

John was born on April 22, 1939, in Red Lodge, according to his obituary, the oldest of six children born to Rauha Gladys Heino and Raymond William Miner.

John’s father had a blue-chip, blue-collar resume. He worked in the oil fields, and as a chrome miner near Absarokee and the Bearcreek coal mines before becoming a mechanic. His wife, Gladys, died in 1961 at age 42 of a heart attack. John, who was serving in the Army in Germany when his mother died, was honorably discharged and returned home to help raise his siblings. At age 63, Raymond also died of a heart attack.

John Miner’s obituary in The Billings Gazette noted, “He was a lifetime mechanic who found the time to fish, hunt and shoot pool.

After thanking John’s caregivers, the obit also noted, “This old mechanic has gone fishing.” That’s the message he had recorded on his phone when it went to voicemail, Willie said.

During the May gathering John’s family spread some of his ashes. Willie’s brother, Pat Miner, who had traveled from Texas for the gathering suggested that the next rainbow trout caught should be released in memory of his father. The next fish reeled in, however, was the fat walleye, a fish the Miner family doesn’t often catch from shore. Given its size, there was no way Lindsey was throwing it back.

Even though the huge walleye Lindsey caught didn’t break the state record, she is having the fish mounted.

“After all the excitement I thought about it and that was Pops (John Miner) watching over us that day,” she said.

John was born on April 22, 1939, in Red Lodge.  He was the oldest child of Rauha Gladys Heino and Raymond William Miner.

Annual tournaments are kicking off and have been the place to enjoy some great fishing.

The secret is out.

A southwestern Montana man pleaded guilty to charges that he struck and killed a 76-year-old man while driving drunk and then left the scene of the crash.

MT lawmaker: 'Mask-wearing is a hoax to push gov't compliance'

A state lawmaker told colleagues in the Montana Legislature on Tuesday that he believes "mask wearing is a hoax to push government compliance."

Lindsey Iversen hoists the 32.5-inch, 11-pound walleye she reeled in while fishing at Canyon Ferry Reservoir on May 20. The family gathering was an opportunity to remember her father-in-law, John Miner, who died last year and was an avid fisherman. 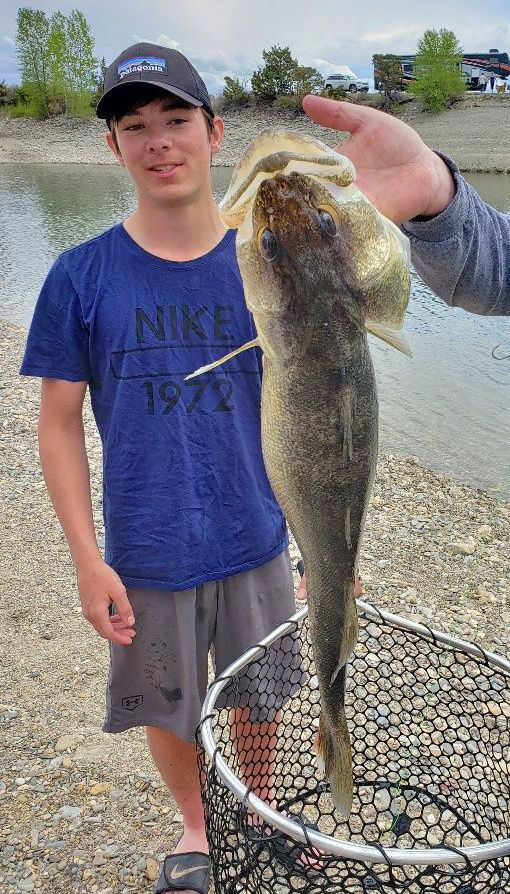 Riley Fitzgerald stands behind the fat walleye he netted for his mother, Lindsey Iversen, while the family was fishing at Canyon Ferry Reservoir on May 20. 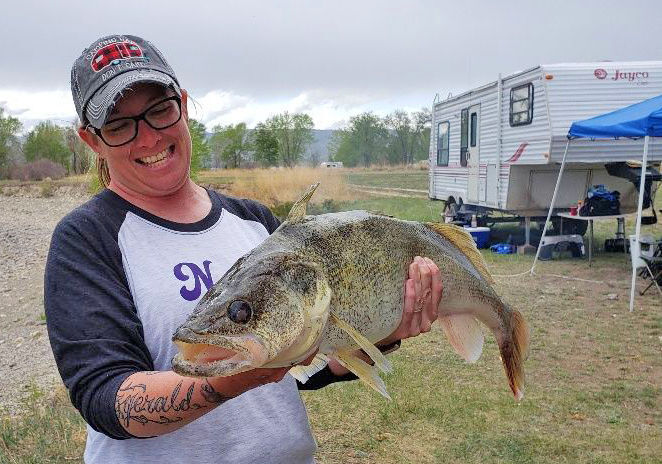 Lindsey Iversen had only been fishing a few years before she landed this chunky walleye at Canyon Ferry Reservoir on May 20.

The ashes of John Miner, at left, and his former wife Patty are reunited during a family memorial at Canyon Ferry Reservoir.

Anglers at Canyon Ferry Reservoir are catching trout from shore in this file photo.

An aerial view shows the Missouri River flowing into Canyon Ferry Reservoir near Townsend in 2017. 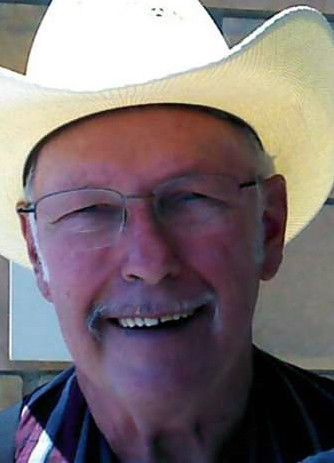